NEW daily Covid cases have risen by 65 per cent in one week, data suggests.

But experts say the good news is vaccines are making cases milder, as those infected who have had a jab reported fewer symptoms. 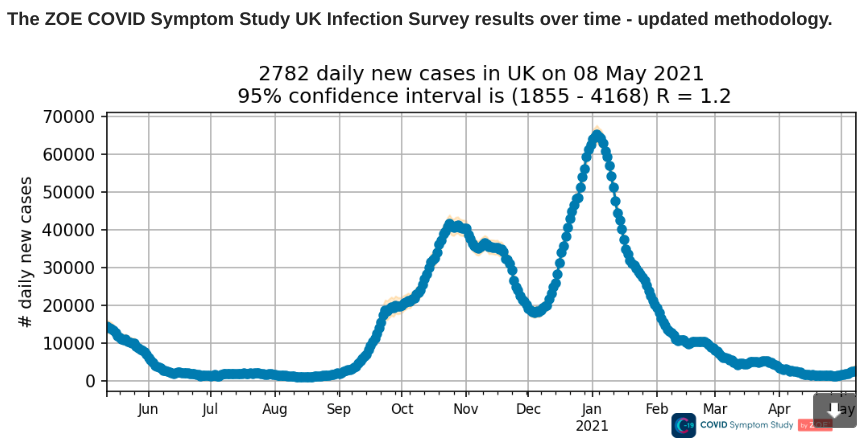 They also claim the rise in cases is not a reason to worry because it is expected as lockdown eases.

The ZOE Covid symptom study app has been tracking the coronavirus outbreak for a year using data from millions of mobile app users.

It says an estimated 2,782 people are getting ill with Covid symptoms every day.

The figure – which does not include asymptomatic cases – is a rise from 1,685 a week ago.

But it said although this would have bumped the case rate up, the 65 per cent increase was most likely genuine and still would have been seen using its old methodology.

Tim Spector OBE, principal investigator, said: “In light of the huge success of the vaccine roll out it was essential that we addressed our methodology.

"We have a disproportionately high number of vaccinated individuals among our contributors so we’ve adjusted our figures to better reflect the rate of vaccination in the UK population.

“As a result, the incidence numbers have been revised to be higher and we have also seen a notable 65 per cent increase in figures from last week.

“While the increase in cases this week is likely to be real, the overall numbers are still just a fraction of what they were at the height of the pandemic."

In January, 69,958 people were predicted to be catching symptomatic Covid each day.

Prof Spector continued: “Increases of this size are to be expected with changes in social behaviour as restriction ease."

He added "our figures are still as low as last summer, we sill have one of the lowest rates in Europe".

An estimated one in 2,020 people have Covid currently, the data suggests.

The study data also revealed that the R rate in the UK is a predicted 1.2. Anything above the critical 1.0 means the outbreak is growing, rather than shrinking. 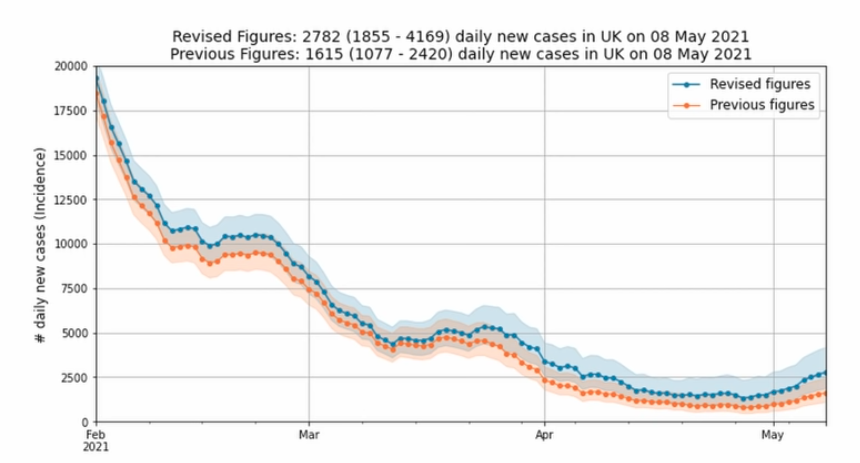 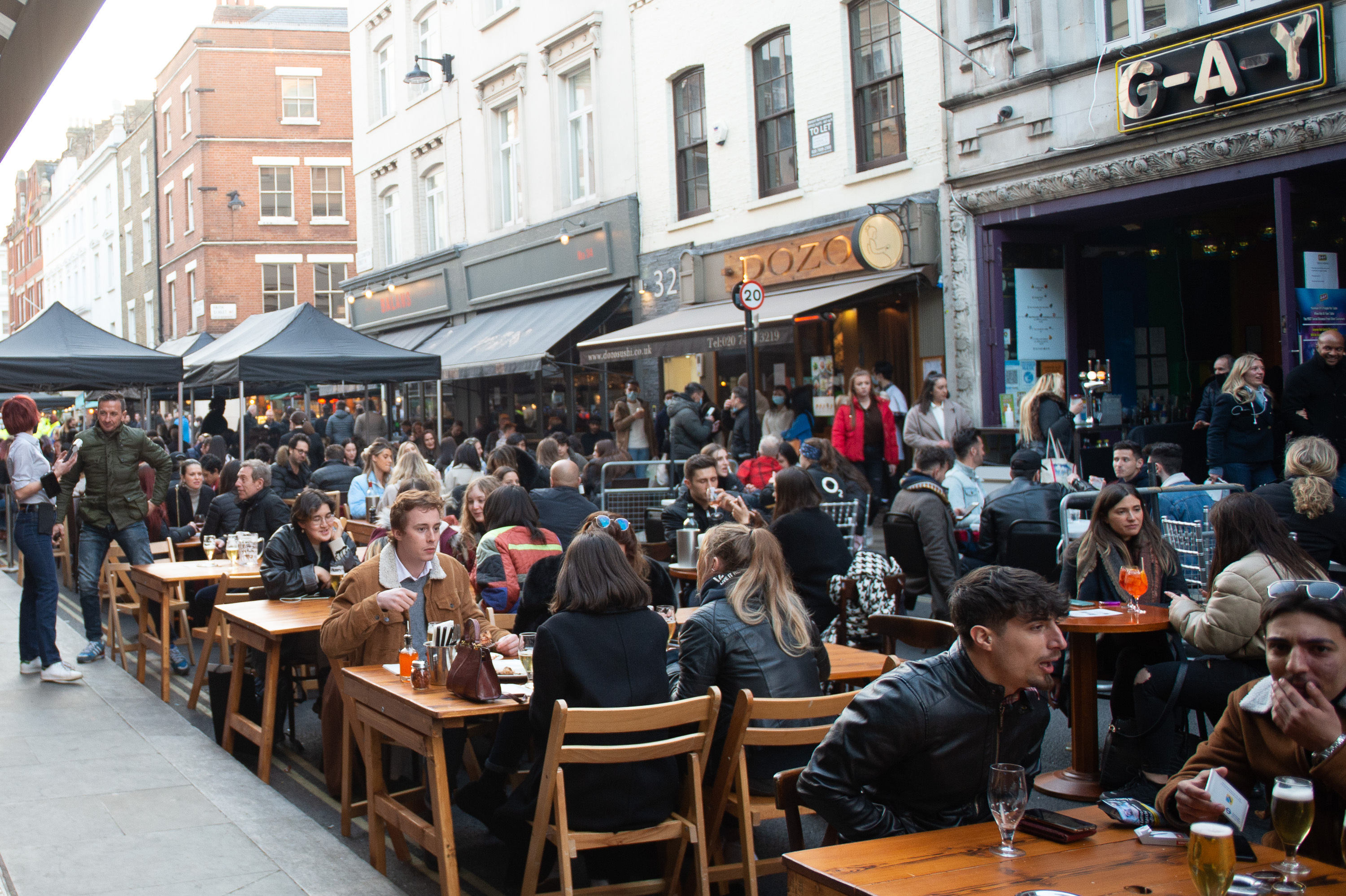 What is your risk of catching Covid?

However, scientists are well aware the easing of restrictions will see an uptick in cases, particularly among young people.

Today’s data is more evidence that this has already started since pubs welcomed  visitors outdoors,  dometic travel was allowed and places like gyms reopened.

But even with an increase in R rate as lockdown eases further in the summer, a “third wave” will not see hospitalisations that put the NHS under pressure, or too many deaths.

Scientific modelling suggests that in a worst case scenario, there will be some 11,200 deaths by September 2021, or 4,000 if immunity from vaccines stays strong.

Although every death is tragic, the estimate is a huge improvement on the 100,000 deaths previously predicted before the success of vaccines became apparent.

The ZOE app further suggests that even if cases are on the rise, it will not translate to more hospitalisations and deaths.

Those vaccinated with a positive Covid test result said they had far fewer symptoms during infection than those who were not vaccinated.

They reported either one of zero symptoms in their first week of infection compared to five in those without a jab.

And less than half had the “classic” symptoms of a persistent cough, fever, and loss of sense of smell compared to almost 70 per cent of those unvaccinated.

Although vaccines have blown expectations when it comes to prevention of severe disease, some people will still catch the coronavirus if it is in circulation, suffering a mild infection.

Sadly a very small number will still get severely sick because the jabs are not 100 per cent effective. 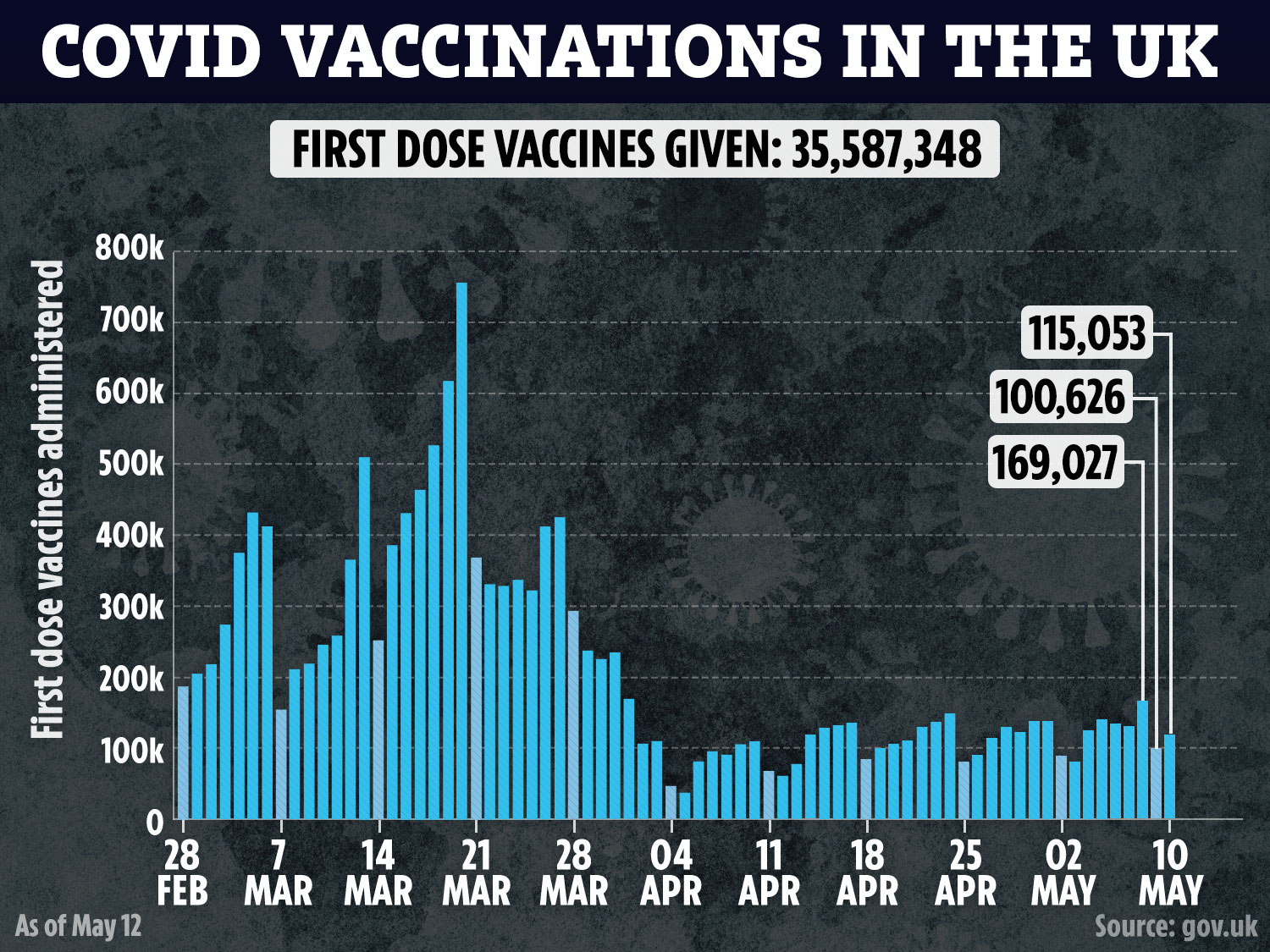 In a video update, Prof Spector said we have "adapted to Covid".

He said: “The good news [is], although it's harder to detect, is that it's going to have much less chance of being admitted to hospital because you're less likely to have chest problems, as before vaccination.

“It doesn't last as long, therefore you're not going to be debilitated and be off work for as long, and we think you're less likely to develop long covid as well.”

With a huge pool of people unvaccinated – around a third of the UK adult population – the virus is still able to circulate.

It comes at the same time as the lockdown easing across the four nations, with the next step in England on May 17.

Some scientists have called for a delay in the unlocking due to the new Indian variant which is rapidly growing in numbers.