A COVID-stricken couple died holding hands just six minutes apart as their family said the husband "waited" for his wife. 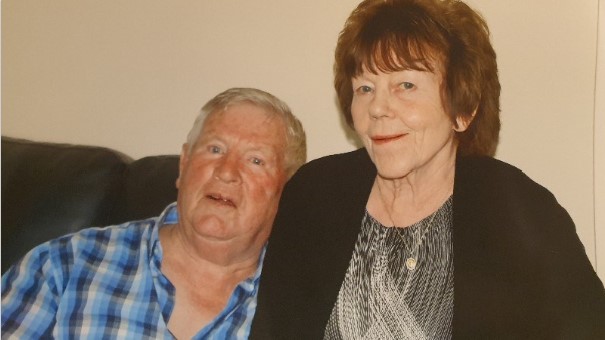 Barney was diagnosed with the bug on December 31, while Blossom caught it two days later.

Their family described them as being "healthy and active pensioners" before they fell ill.

They were both taken to hospital on January 7, and were placed in different wards.

Daughter Lynne was asked if she wanted her parents to be brought together as their conditions worsened.

She told the Derry Journal: "We wanted them to be together.

"The consultant quickly phoned us back and said, 'Look, we want to bring your parents together because both of them are very close to death. How do you as a family feel about that?'"

Lynne said doctors were worried that her dad would die on his way to the intensive care unit to be with his wife.

The couple died just six minutes apart while holding hands – Barney at 4.55pm and Blossom at 5.01.

Lynne said: "They were going home and we believe they were together on their final earthly journey, holding hands, holding rosary beads. They passed away together."

The family have launched a fundraising page for the healthcare workers who enabled the couple to be together in their final moments.

Lynne said: "The nurses and medical staff showed great emotion. The emotion that those professionals must feel and take home with them, it’s not something you can switch off from."