MORE than one million Brits have had the Covid vaccine, Matt Hancock revealed today.

The Health Secretary rejoiced that the "end is in sight" as the country reached the milestone in the fight against the deadly virus. 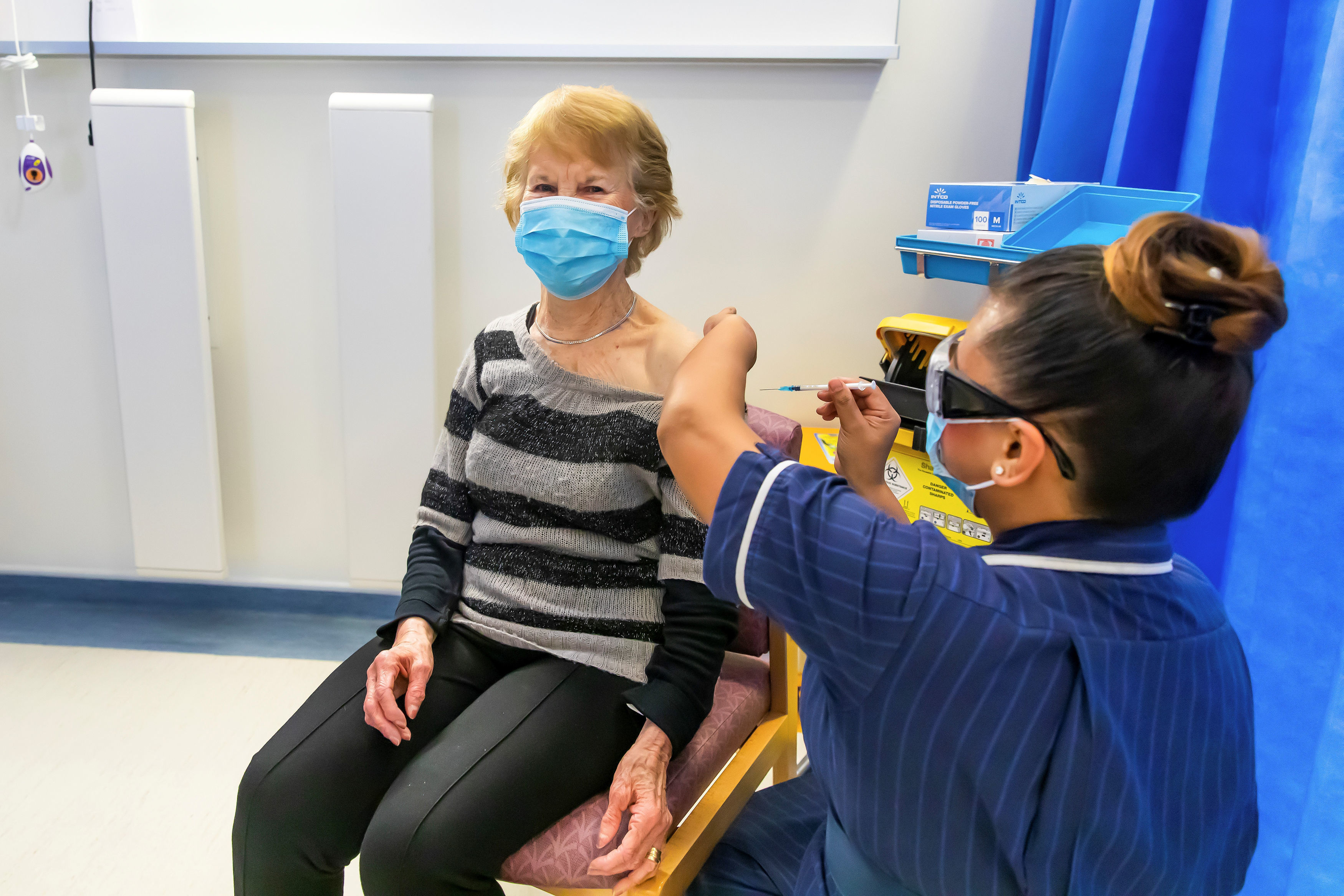 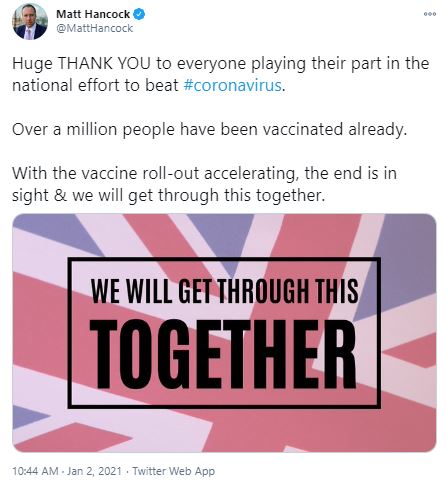 Mr Hancock tweeted: "Huge THANK YOU to everyone playing their part in the national effort to beat coronavirus.

"Over a million people have been vaccinated already.

"With the vaccine roll-out accelerating, the end is in sight & we will get through this together."

This comes as The Sun launched an appeal for 50,000 volunteers to help at Covid vaccination centres – in order to get as many people inoculated as possible.

We've called on our readers to join Jabs Army to make sure 15million people get vaccinated by March.

Britain ended 2020 with the good news that the Oxford vaccine is now approved for use – with the first jabs expected to be rolled out on Monday.

This means the UK has enough vaccine doses to immunise the entire population – with the potential for 24 million people to get the jab before Easter.

At least one million Pfizer doses and some 530,000 Oxford doses will likely be given to patients across the country next week, according to reports.

And by the middle of January, two million doses of the Oxford vaccine are expected to be supplied weekly, a source told The Times.

A member of the Oxford/AstraZeneca team said: "The plan is to build it up fairly rapidly – by the third week of January we should get two million a week."

Despite fears that there is a "shortage" of doses available to Brits, both Pfizer and Oxford/AstraZeneca have rubbished the claims.

Pfizer said today: "We do not have any supply issues from our side at this point with regards to what has been agreed with the UK."

But, the Head of Immunisations at Public Health England Dr Mary Ramsay warned today: "We do not recommend mixing the COVID-19 vaccines.

"If your first dose is the Pfizer vaccine you should not be given the AstraZeneca vaccine for your second dose and vice versa."

And now, the Government is being urged to cut red tape so that retired doctors and nurses can swiftly become vaccine volunteers.

There are currently 21 hurdles to be cleared before ex-medical experts are allowed to administer the life-saving jabs.

The good news this morning comes as 53,285 new cases of the virus were recorded in the UK yesterday – signalling a 63 per cent increase in a week.

Another 613 more people died from the bug in the last 24 hours, bringing the total number of fatalities to 74,125.

The figures come as the UK entered 2021 under a host of restrictions, with almost all of England now living under Tier 3 and 4 restrictions.

While millions stayed home to stop the spread of the deadly bug, hundreds joined illegal parties in Birmingham, Essex, Manchester and London.

It was announced yesterday that ALL primary schools in London will stay closed, as ten more boroughs were added to the list in a government U-turn.

Ministers bowed to parents' fury, legal pressure and scientific advice amid spiralling infections in the capital.

The move came after it was announced that primary schools in 49 of the worst-hit Covid areas would be closed until at least January 18. 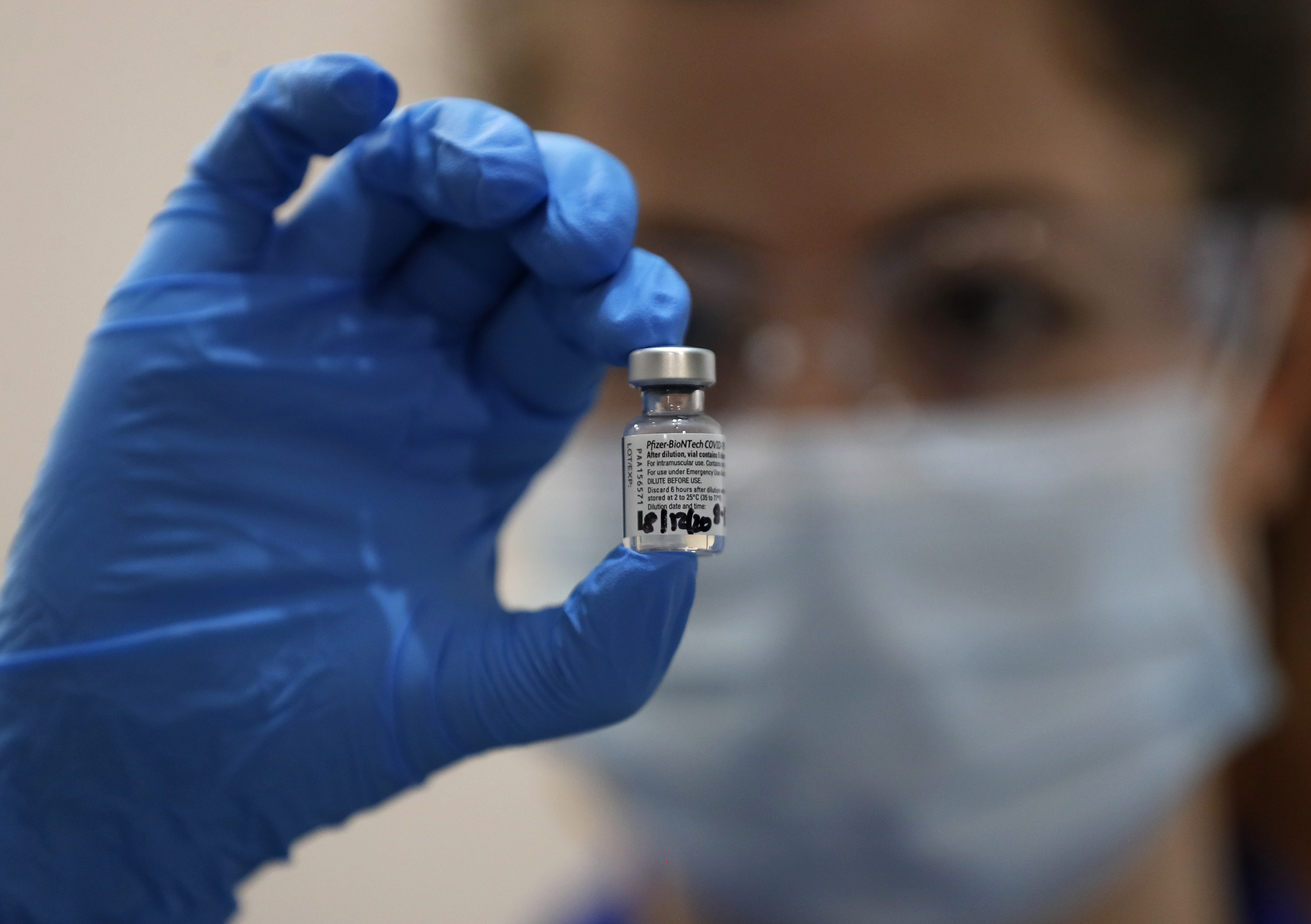 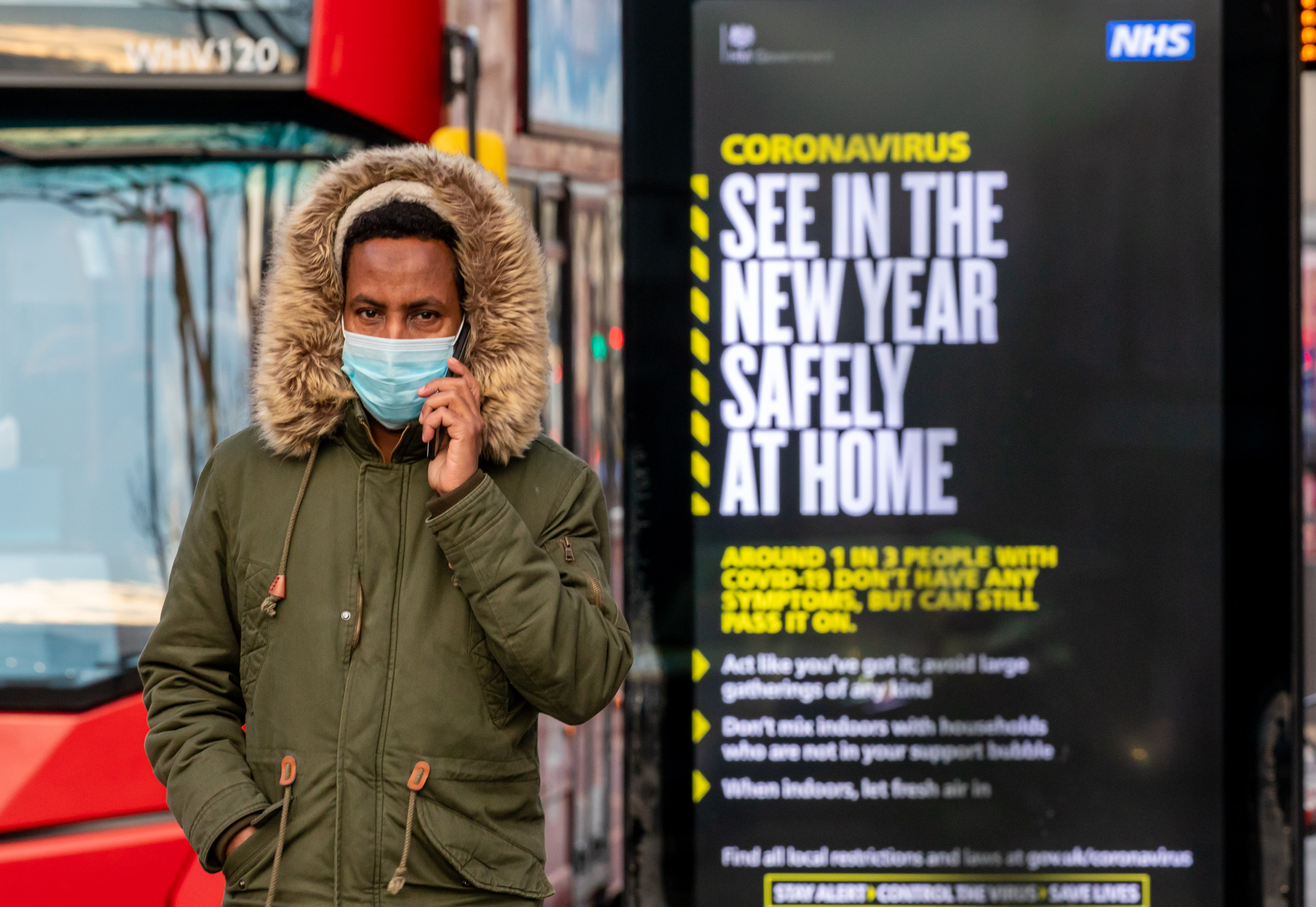 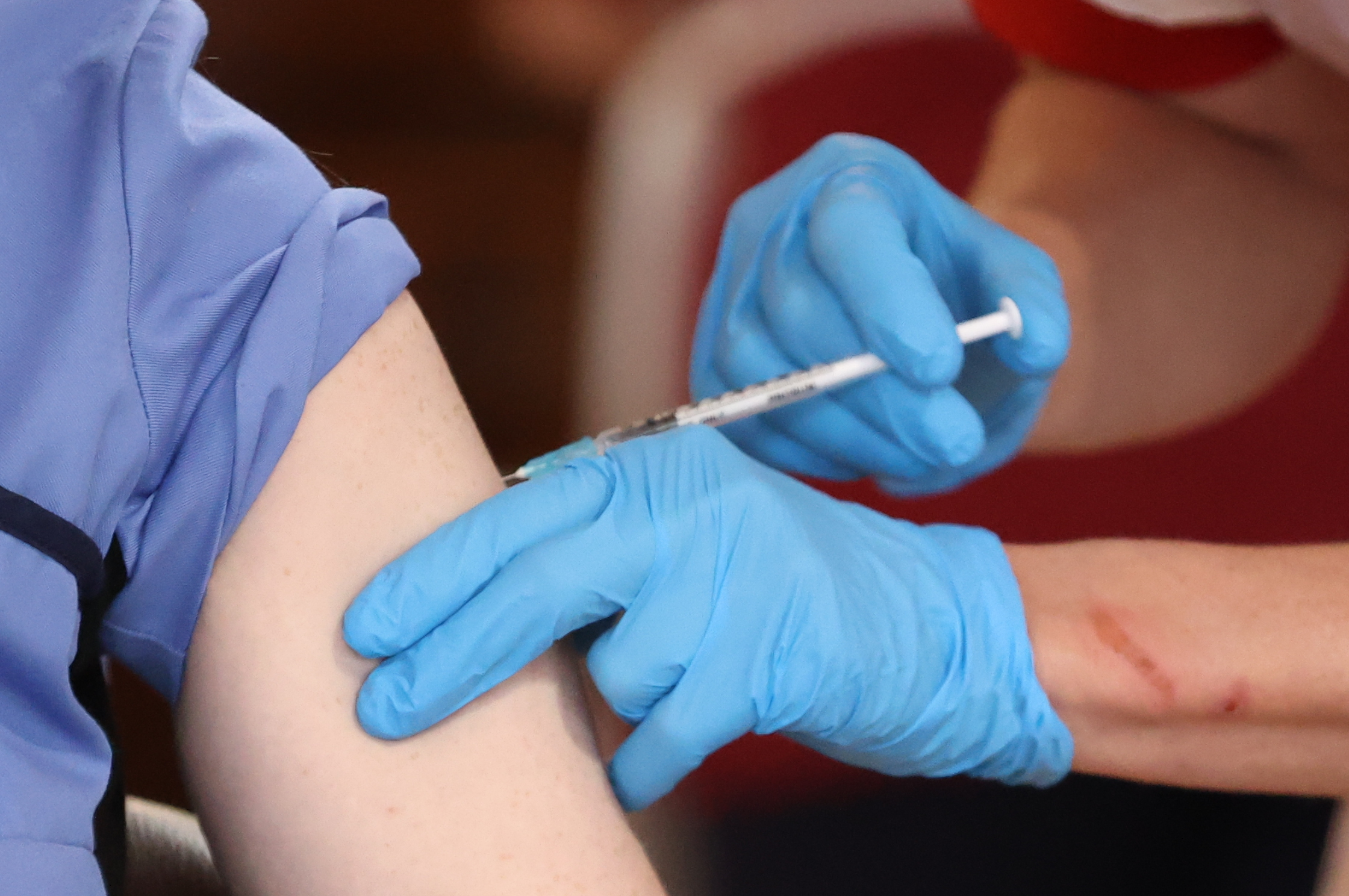