Britain’s most senior police chief has called for a ‘two strikes and you’re jailed’ law for anyone who repeatedly attacks officers.

Cressida Dick, the Commissioner of the Met Police, said officers feel violence against them is getting worse and courts are failing to take action.

She was speaking following the outcry over the death of PC Andrew Harper, who was mown down and killed as he responded to the burglary of a quad bike in Berkshire. 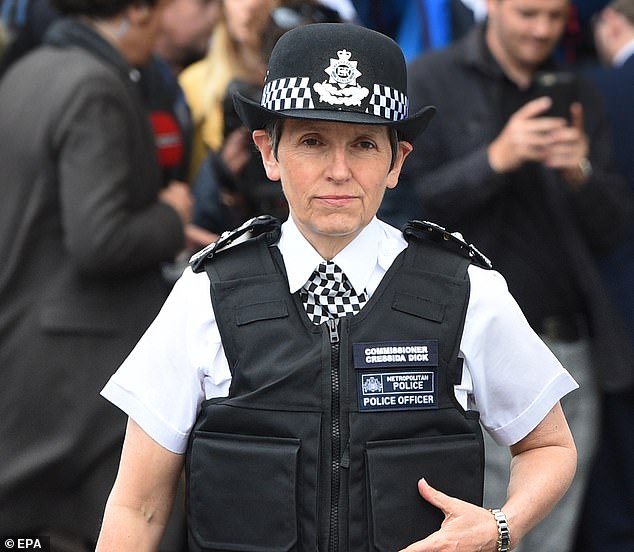 Ms Dick, who has previously insisted Scotland Yard is getting a grip on the shocking levels of violence in the capital, said officers need to be protected by the law they uphold.

She told London’s Evening Standard: ‘Our view is that if somebody has attacked an officer that should be on their record… we should seek a successful prosecution and it shouldn’t be left as a minor matter, or on file, because if they do it again the court needs to know that’s what they’ve done.

‘One step beyond that would perhaps be to say that if you have done it once it will certainly be there on your record and then if you do it again you will go straight to prison.’ 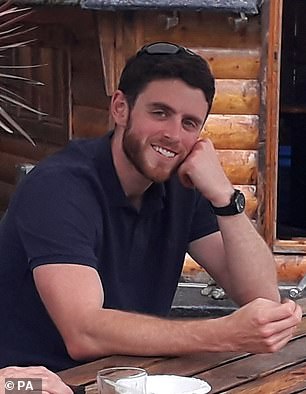 Alternatively, she suggested adding stretches on top of prison sentences if criminals assaulted police who went them to arrest them for other crimes.

She also encouraged members of the public to help police if they saw them in trouble, but without putting themselves at unnecessary risk.

Assaults on police officers have risen by a third in just four years, with approximately 28 attacks a day on officers, statistics suggest.

Office for National Statistics (ONS) figures state that police officers were victims of 10,399 alleged assaults that caused injuries last year, which is up 32% from 2015-16.

Ms Dick’s comments follow a declaration by Northamptonshire’s chief constable Nick Adderley this week that every frontline officer in his force could have a Taser, as the risks they face had risen ‘dramatically’.

Earlier this month, senior officers said the weapon had saved a Scotland Yard officer’s life during a brutal attack by a man with a machete.

PC Stuart Outten Tasered his assailant as he was being stabbed in the head by a driver who he had stopped in Leyton, east London on August 8.

A week later PC Andrew Harper killed as he responded to the burglary in Berkshire.