A CONVICTED crook who has been denied a £4million Lotto prize is now homeless one week after the “win”, a friend has reportedly claimed.

Jobless dad-of-two Mark Goodram, 36, is living on the streets after his friend told the Mirror she had kicked him out of her flat. 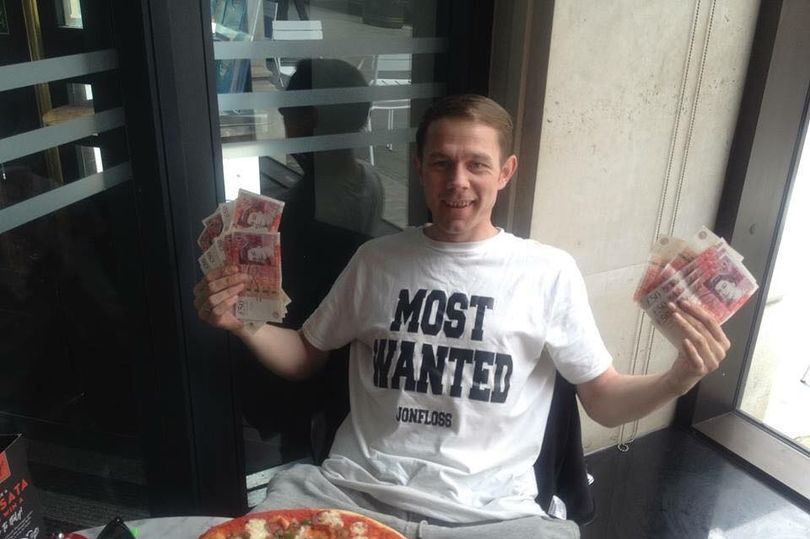 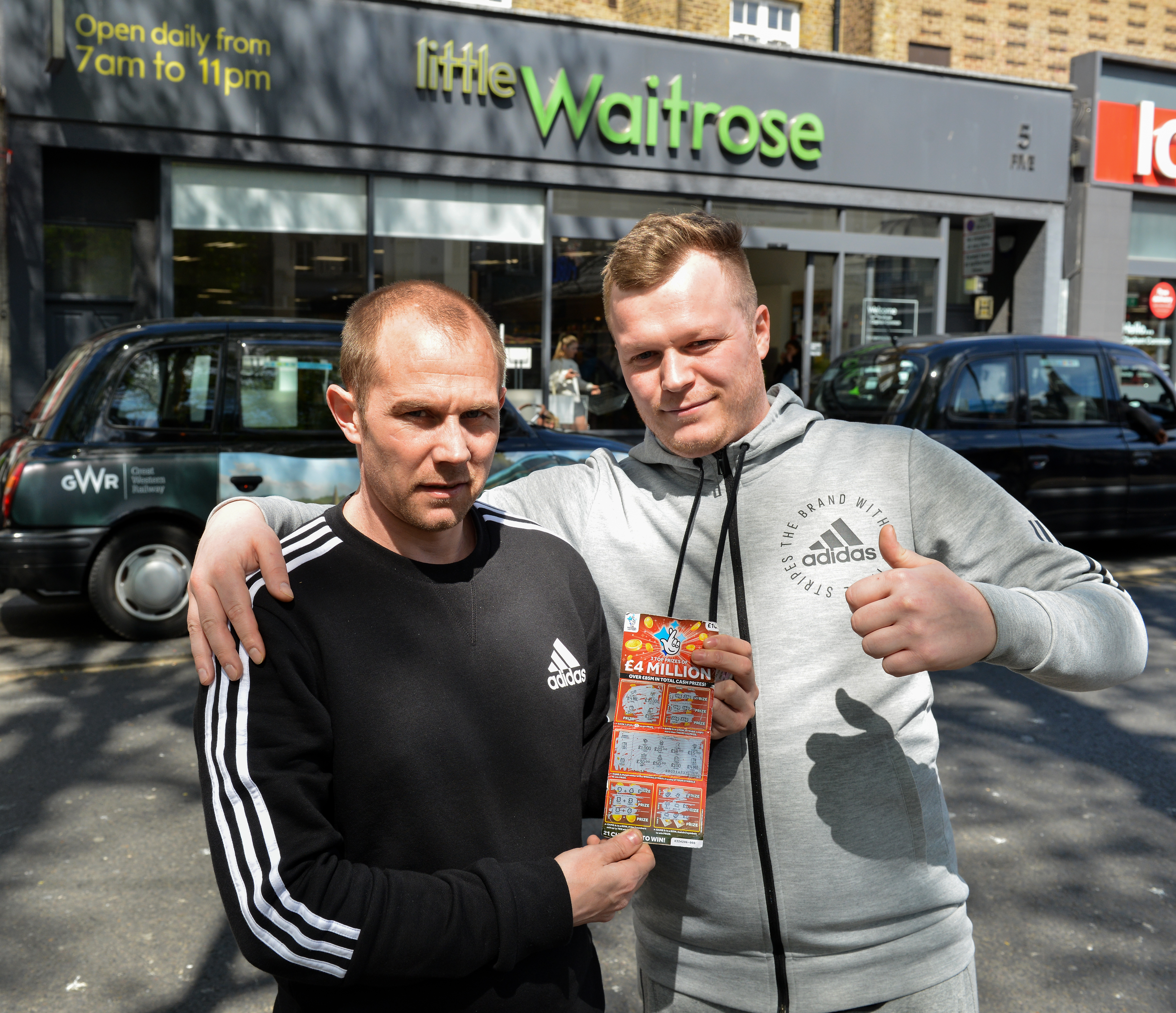 Suspicious Lottery bosses have withheld the money after fearing Goodram and his pal Jon-Ross Watson bought the winning ticket with a stolen debit card.

They have denied this claim and told The Sun they should be “living like millionaires”.

But instead of sipping on champagne, Goodram was photographed swigging from a can of cheap cider on a Bolton backstreet.

A friend told The Mirror “You hear about rags to riches, but he has gone from the champagne lifestyle, thinking he was a millionaire, to being on the street, drinking cheap cider and hanging with beggars.

Goodram, who has 22 convictions for 45 criminal offences, is understood to have been released on police licence from jail just days before the win.

He and Watson claimed they had no knowledge of a stolen debit card being used for the scratchcard.

The pair contacted The Sun to show us the £4million Red scratchcard which cost £10 and an official pink receipt confirming it was a winner.

But the duo – who between them have no credit or debit cards, or identification – aroused suspicions in a slurred phone quiz with Camelot chiefs.

Checks by Camelot revealed that the winning scratchcard was bought with a debit card — issued only with accounts.

Goodram and Watson told The Sun they had the flutter with loose change.

Then they suggested they had given a mate £10 to buy the scratchcard on his debit card.

Asked whose plastic it was, Goodram and Watson named a mystery friend called “John” — but could not give his surname, address or phone number.

They have since claimed that pal wanted to “remain anonymous”.

The two convicted crooks are now vowing to “call the cops on Camelot” for withholding the cash.

Goodram said: “We have a winning ticket, where’s our cash?”

“We’ll go to the police to report Camelot. They’re being unscrupulous. I know my rights.”

Dad-of-one Watson — who has been pictured on social media with Happy Mondays star Bez — added: “The Lottery catchline is ‘It Could Be You’. Well, it should be us.

“Camelot bosses are messing us around, probably because they know we’ve had a lively past and been in prison. Well, that’s too bad.

“They need to pay us what we are owed or else.

“I should be living it up in Las Vegas, not on this poxy bench.” 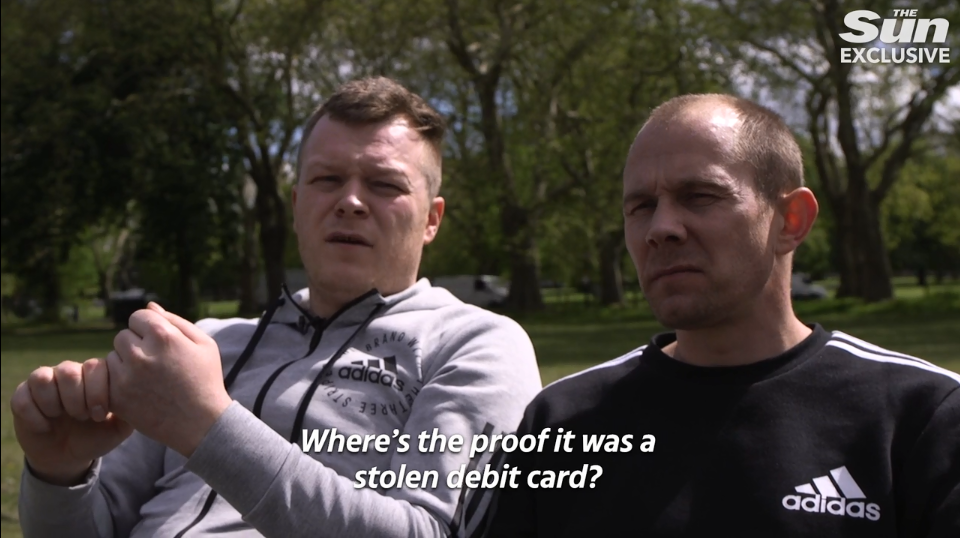 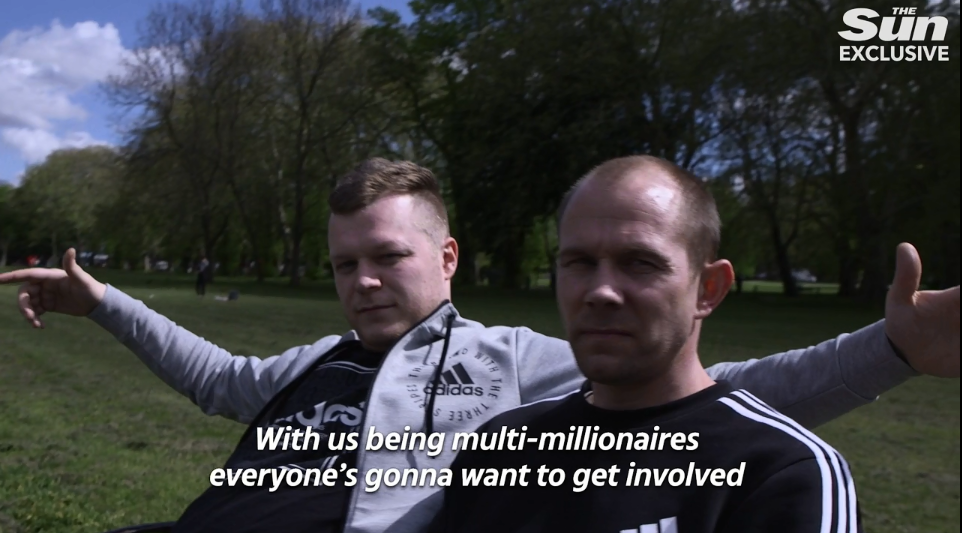 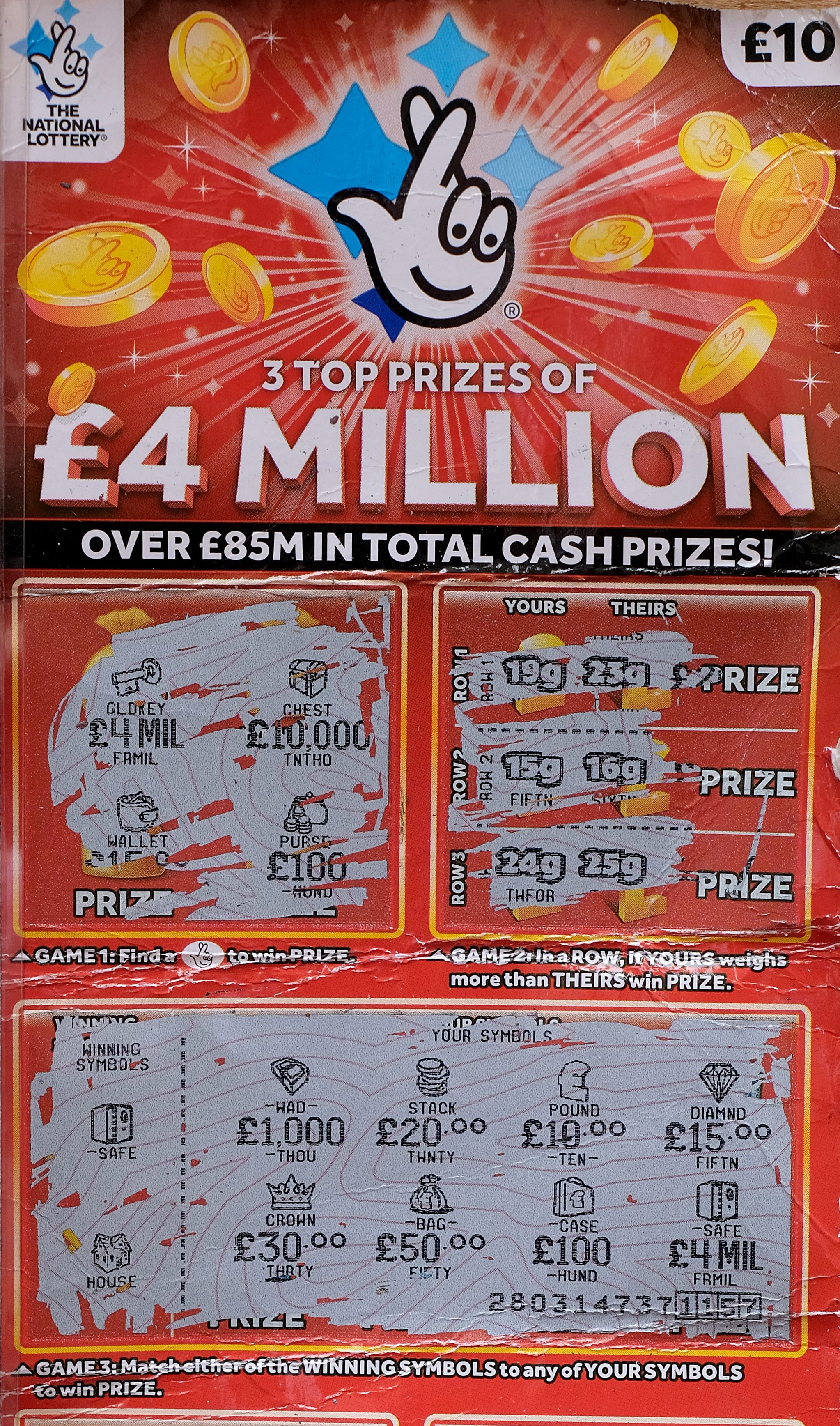