Left in darkness: Cubans cook up dinner over fiery oil drums after Hurricane Ian left entire island of 11M without power as fears grow storm has killed HUNDREDS in Florida

Storm-battered Cubans have taken to cooking food in oil drums over fires after the entire island of 11 million people lost its electrical power after being hit by Hurricane Ian.

In Havana, images have surfaced of Cubans taking the streets to use fiery oil drums to cook traditional Cuban meals. Most are using candles or light from their phones to guide their culinary practices in the dark.

The island’s 11 million residents were plunged into darkness by Ian on Tuesday, which made landfall as a Category 3 storm on the island’s western end where two deaths occurred. Tens of thousands of people were evacuated and others fled ahead of Ian’s arrival.

Initially just 1 million Cubans lost power, but hours later the entire power grid failed. Cuba has been struggling with an economic crisis that has caused frequent power outages over the last several months.

Ian later smashed into Florida’s Gulf Coast, with Fort Myers and Tampa worst-affected. One local sheriff fears hundreds of Sunshine State residents may have been killed by the huge floods that ensued. 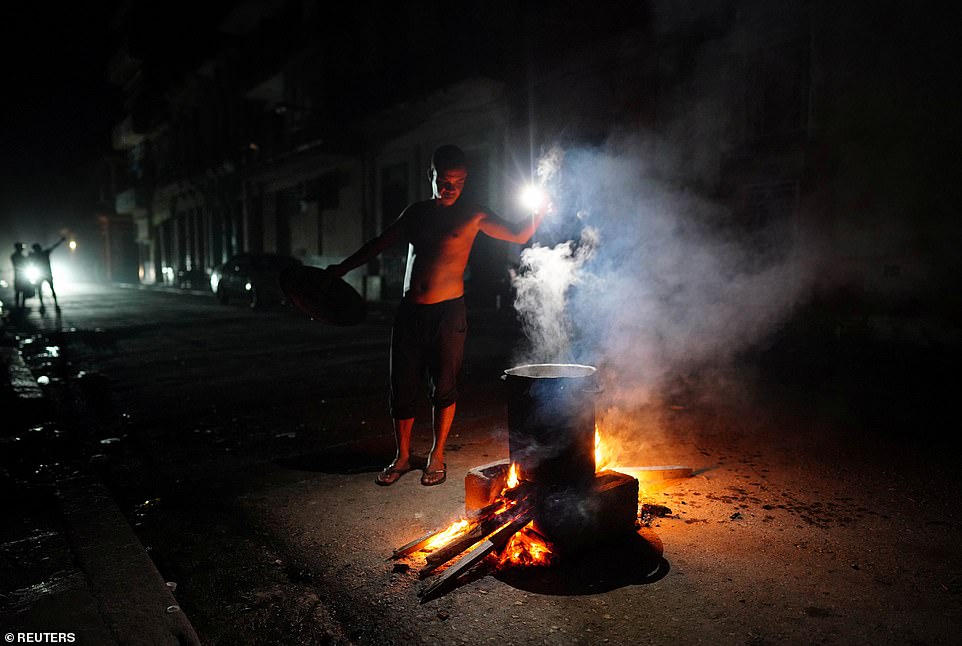 A man uses a mobile phone to check a pot of caldosa, a typical Cuban stew as a celebration of the 62nd anniversary of the Committees for the Defense of the Revolution (CDR), during a blackout in the aftermath of Hurricane Ian in Havana, Cuba, September 28, 2022 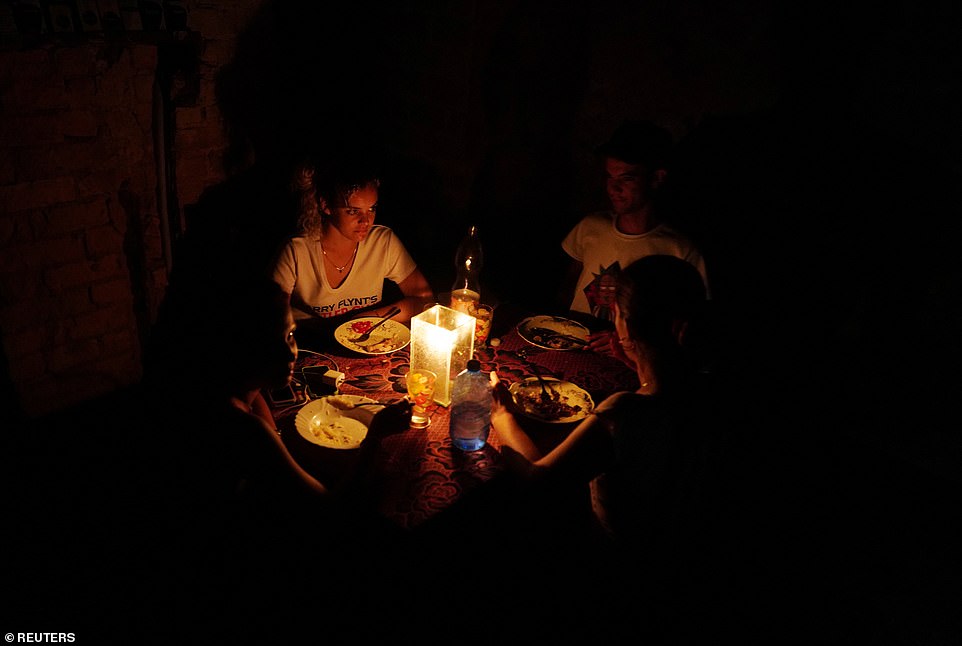 A family has dinner during a blackout in the aftermath of Hurricane Ian in Havana, Cuba, September 28, 2022 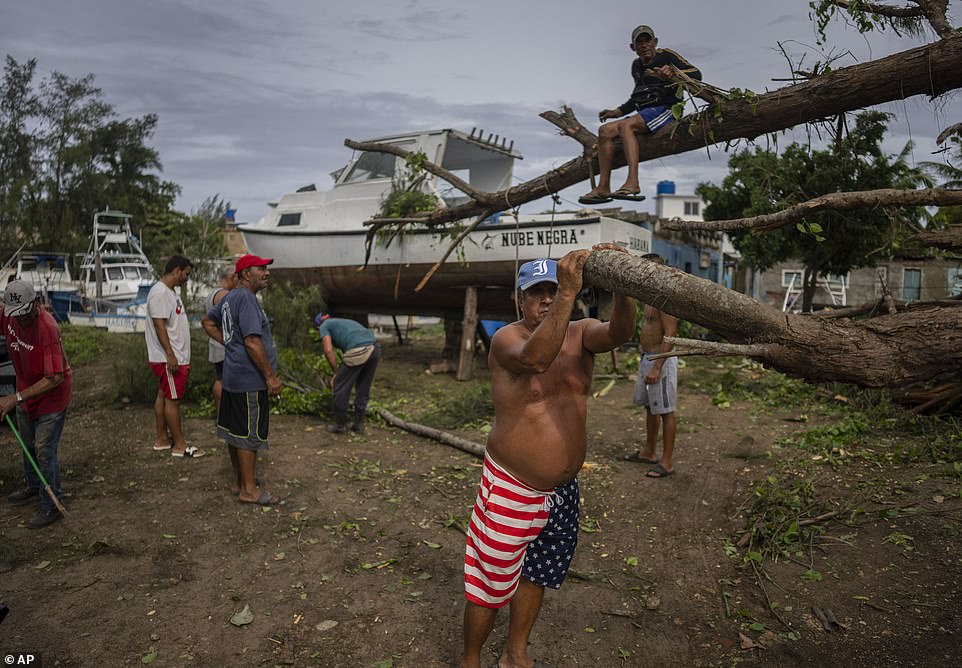 Cuba remained in the dark early Wednesday after Ian knocked out its power grid and devastated some of the country’s most important tobacco farms when it hit the island’s western tip as a major storm. 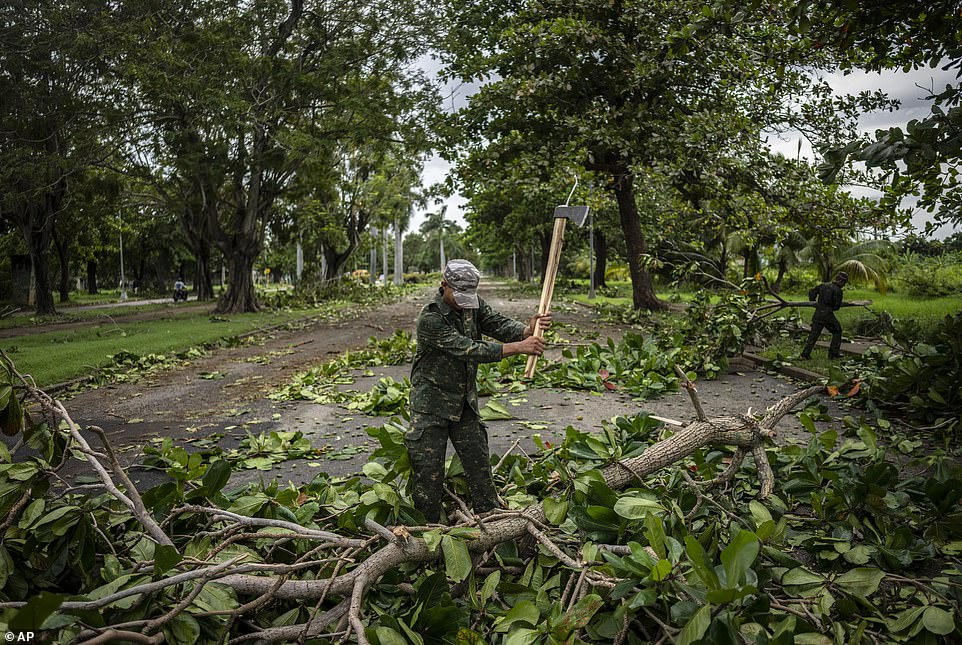 A soldier works to clear debris in the wake of Hurricane Ian in Havana, Cuba, Wednesday, Sept. 28, 2022. Tobacco farms that yield product for the island’s iconic cigars were damaged in the storm.

The most significant damage Ian wrought was to Cuba’s power grid, telecommunications network and its agricultural sector, according to Cuba’s government.

In Pinar del Rio city, where the fatalities occurred, tobacco farms that grow much of the product used in Cuba’s iconic cigars were damaged.

It remains to be seen whether damage brought about by Ian will further encourage Cubans to flee their native land and head to the United States.

So far this year, close to 200,000 Cubans have been intercepted by US border officials. The number is the largest migration from the socialist island.

Reports out of Cuba this year indicate that food is scarce and the country’s once storied medical system is being strained to the breaking point.

Since hitting Cuba, Ian strengthened and moved to southwest Florida where it hit Wednesday afternoon bringing with it significant damage.

In Florida, 2.5 million Floridians remain without power and hundreds are estimated to be dead.

Mass casualties are expected from ‘tsunami-style’ flooding and 155mph winds that battered the coastline before the monster storm blew inland.

Meanwhile, southwest barrier islands including Sanibel have been cut off from the mainland after bridge collapses due to the force of the tempest.

Since walloping southwest Florida Tuesday, Ian has weakened and is headed to parts of northeast Florida, coastal Georgia and the Lowcountry of South Carolina. 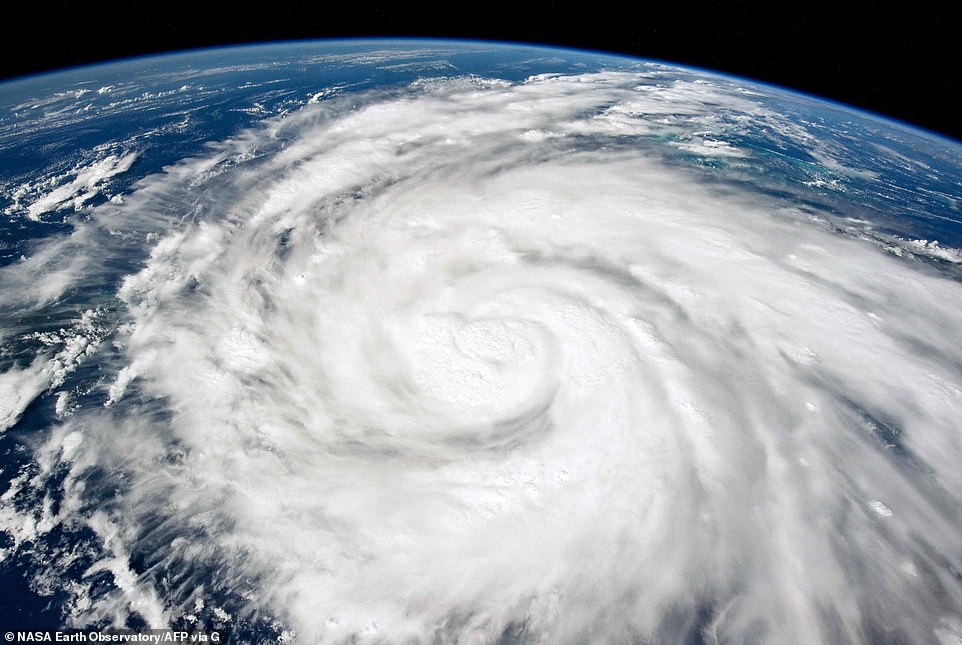 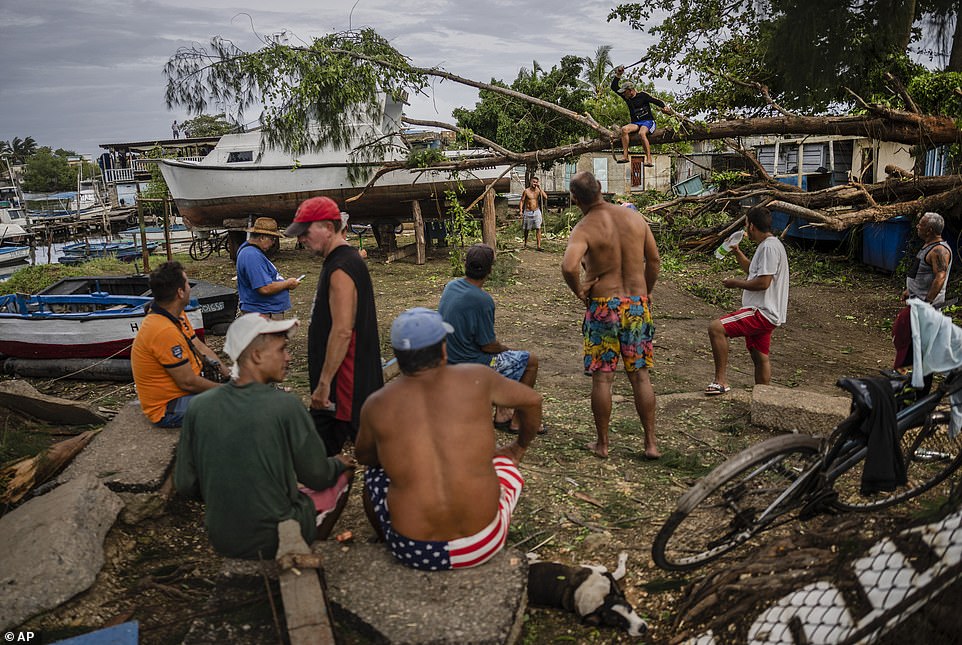 Residents watch as a person chops on a tree that fell on top of a boat due to Hurricane Ian in Havana, Cuba, Wednesday, Sept. 28, 2022