Biological males should not compete in female sports. Single-sex spaces for women, from changing rooms to prisons, should be protected. Parents must have a say if their child wants irreversible gender treatment.

Travel back a few years and none of these statements would be remotely contentious.

That it is now considered hugely controversial when the Prime Minister makes them illustrates how insidiously radical trans activism has gripped society.

While Sir Keir Starmer struggles to tell us whether women can have penises, Boris Johnson has injected badly needed common sense into the transgender debate. 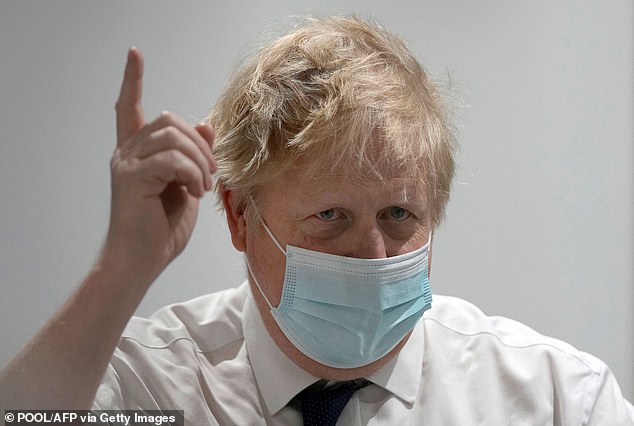 The Mail, which has repeatedly highlighted this vital issue, applauds his unequivocal commitment to defend women’s basic rights, privacy and safety from cancellation.

And we welcome his determination to protect children, frequently vulnerable, from rushing into life-altering sex changes.

By exempting trans cases from a (laudable) new legal ban on conversion therapy, he has ensured parents, teachers and doctors will not face prosecution for encouraging youngsters to take their time before embarking on drugs and surgery. Afterwards, there’s no going back.

We have only one question: What took the PM so long to say it?

But with most ordinary people on his side, he should stick to his guns. The overwhelming majority are instinctively respectful and compassionate towards trans people.

Equally, they believe women who want to safeguard their sex-based rights should be given the same respect and compassion.

Irrespective of how many stories emerge of Russian atrocities in Ukraine, they have not lost their power to horrify.

Richard Pendlebury’s harrowing dispatch describes another dark chapter: The murder of civilians by Putin’s depraved forces in the town of Borodyanka.

Mr Johnson, who rightly describes the carnage as ‘close to genocide’, deserves plaudits for tightening the screw on Russia by imposing ever more punitive sanctions.

Compare this to the EU, which has scandalously paid the Kremlin £30billion for oil and gas since the war began, while giving Ukraine a footling sub-£1billion in military hardware.

Hooked by its own foolishness on Russian fossil fuels, Germany refuses to agree an outright ban. This is a moral disgrace. Every single euro that swells Putin’s war chest is drenched in Ukrainian blood.

A damning study today provides yet more evidence that those who rhapsodise about the NHS being the envy of the world are kidding themselves.

A staggering 40 per cent of cancer patients were only diagnosed after being rushed to hospital for emergency treatment – a delay that worsened their chances of survival.

On this metric, the UK limped painfully behind many comparable countries.

While record (and rising) sums are pumped into the behemoth, it remains truly sub-standard. Even as struggling workers start paying more of their wages to supposedly fix the NHS’s problems, its ungrateful managers are holding out the begging bowl and braying: ‘More.’