Celebrity photographer, 70, who worked with David Bowie avoids jail for harassing family of Jewish bakers after bombarding them with ‘vicious’ emails in row with his sister

A former photographer to stars including David Bowie and Rod Stewart has been spared jail for harassing a family of Jewish bakers.

Leon Lecash, 70, sent a series of ‘vicious’ emails to members of the Rinkoff dynasty, including his 64-year-old sister Esther, nieces Deborah and Jennifer, and brother-in-law Ray Rinkoff.

He denied this was harassment and claimed his messages were a technique where he does not take ‘no for an answer’ when making films.

The film producer said he needed the information for his documentary about the Rinkoff family and an autobiography called ‘John Lennon Made Me Toast’.

The bakery, established in 1911 by Ukrainian Jewish refugee Herman Rinkoff, is a family-run business based in the heart of the East End of London.

Lecash was handed a 14 week prison sentence suspended for 12 months, and a restraining order for three years at Westminster Magistrates’ Court. 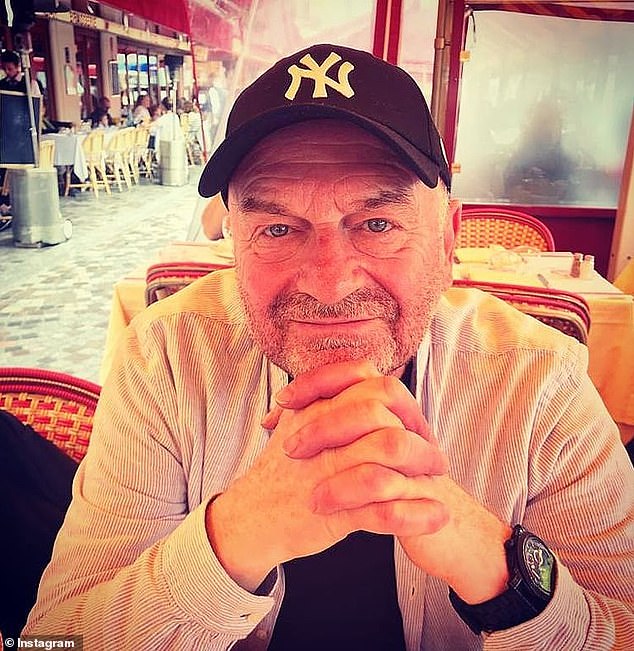 Leon Lecash, pictured, 70, sent a series of ‘vicious’ emails to members of the Rinkoff dynasty, including his 64-year-old sister Esther, nieces Deborah and Jennifer, and brother-in-law Ray Rinkoff. 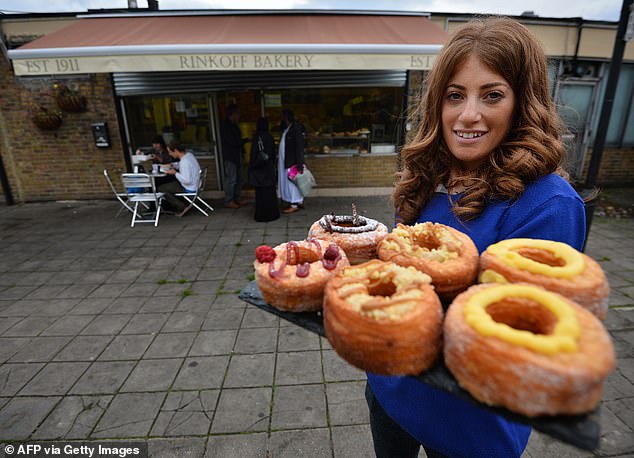 The film producer denied this was harassment and claimed his messages were a technique he was using for a documentary on the Rinkoff family. Pictured: Jennifer Rinkoff of the Rinkoff Bakery poses with a tray of Cronuts 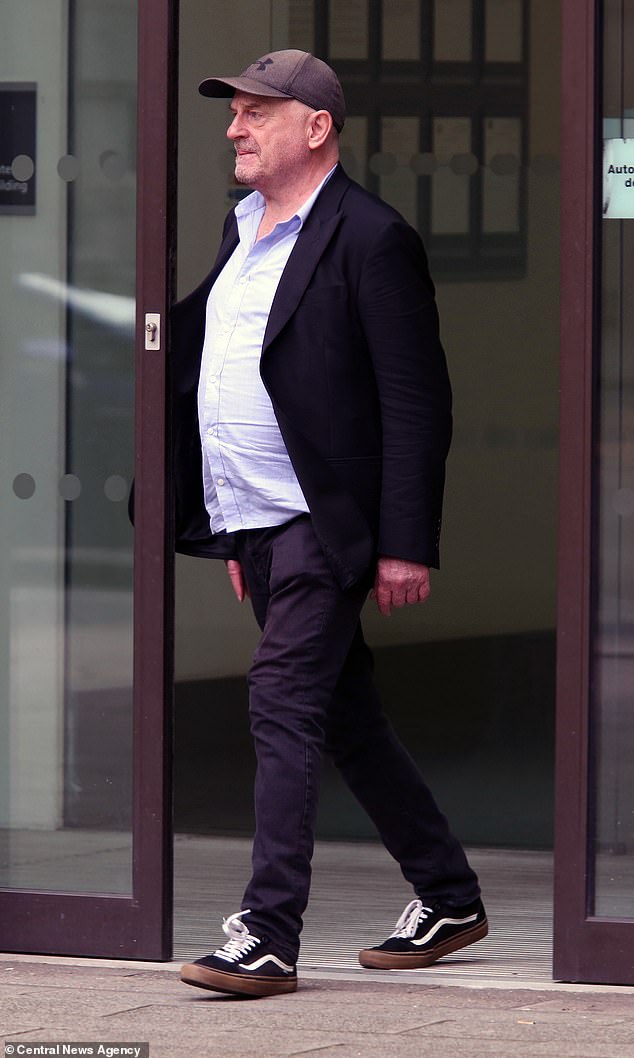 Lecash was handed a 14 week prison sentence suspended for 12 months, and a restraining order for three years

She said in her statement read to Westminster Magistrates’ Court: ‘When the latest vicious campaign and emails of harassment started in 2019 I was extremely troubled.

‘I broke down in front of my youngest daughter and I felt like killing myself. She was distraught by my outburst and I became extremely anxious. My psoriasis became out of control.

‘I am petrified that he will continue to pursue me if this does not go his way. I do not sleep as well as I used to. The whole episode has traumatised me.

‘I try every day to put on a brave face but my stomach is in constant knots […]. I have been physically sick from the stress.

‘I do not deserve to be so constantly and vilely harassed for such a long period of time.’ Lecash is credited with being the photographer on a number of iconic album covers. He also worked with David Bowie and Jefferson Airplane before becoming a TV and film producer

‘To receive these constant emails saying such awful things about my family and myself. I struggle to sleep and have required sleeping pills from my GP.

‘It was incredibly draining and a huge relief when he had to stop communicating with us.’

Lecash was also convicted of breaching a non-molestation order, the court heard in March.

He also continued to contact his ex-partner, Jennifer Lawler, by sending her emails several months after the order was imposed in January 2021 which prohibited him from doing so.

Ms Lawler said: ‘These emails make me feel embarrassed and humiliated and fearful of what he will do next.

‘I check the locks and I worry about cars late at night. I feel more emotionally vulnerable from it.

‘I worry about my friends and daughter’s friends and how they will perceive me because of what he writes.’ 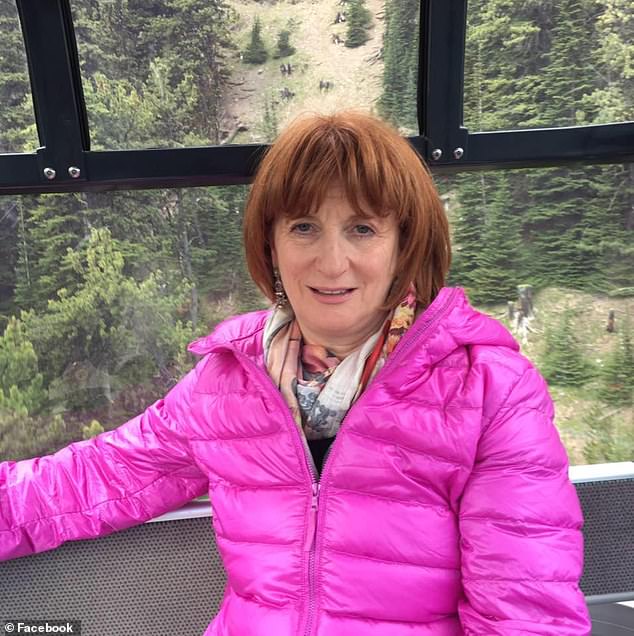 Prosecutor Sudara Weerasena said in March: ‘He is contacting her on a daily basis while he is subject to bail conditions.’

Lecash denied harassment claiming he was entitled to exercise his rights to ‘Freedom of Expression,’ under Article 10 of the Human Rights Act, but was convicted last month.

District Judge Briony Clarke told him: ‘Time has passed since your trial and I remember it very well and it concerned me.

‘The level of contact over a lengthy period of time concerned me. As I understand it you are working on addressing it now.

‘I have made it plain to you on previous occasions that this level of contact is completely unacceptable under the circumstances.’

Speaking from the dock, Lecash replied: ‘I accept it, I was manic. I won’t be making any contact at all.’

Lecash added that is currently addressing his depression and mania with his GP. 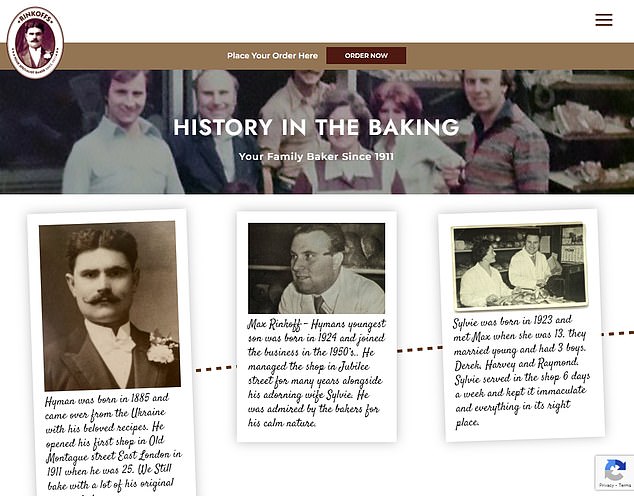 Rinkoff’s bakery was established in the heart of London’s East End in 1911 by master baker Hyman Rinkoff who fled the pogroms in Kiev, Ukraine

Judge Clarke said the offences ‘passed the custody threshold’ but said she was prepared to suspend his 14 week prison sentence for 12 months.

The judge also made a restraining order for three years and told Lecash ‘not to contact directly or indirectly his victims – no communication in any shape or form.

‘Any form of contact which is considered direct or indirect and you would probably go to prison for that.’

Lecash is credited with being the photographer on a number of iconic album covers from the Eighties, including Rod Stewart’s Body Wishes LP, Barry Manilow’s Paradise Café, Jermaine Jackson’s Dynamite and Crimes of Passion by Pat Banetar.

He also worked with David Bowie and Jefferson Airplane before becoming a TV and film producer. 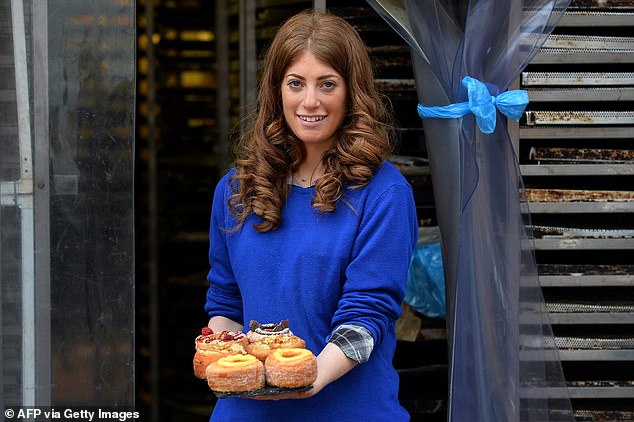 Lecash had explained that the book would involve family members and some or all of the allegations that have been put to them in the emails. Pictured: Jennifer Rinkoff of the Rinkoff Bakery poses with a tray of Cronuts , a cross between a croissant and a doughnut, in 2013

Lecash had explained that the book would involve family members and some or all of the allegations that have been put to them in the emails.

One of the documentaries ‘Follow the Gr$d’ was about the death of bankrupt property tycoon Scot Young who died after he plunged to his death onto railings from his penthouse flat in 2014.

The second documentary was called ‘Bagels and Cyanide’, he said. ‘I had taken a hiatus from work for five years to single-handedly raise my daughter.

‘The only way I could see of trying to make a living was to restart my TV company. I needed to somehow make a living.

‘I was looking for ways to make documentaries with information that was already in my head. The point of sending emails was to get a response.

‘I never got an email being sent back to me as [I was] blocked.’

Asked why he persistently emailed and didn’t stop when he received no response, he said: ‘That’s my technique, I don’t take no for an answer.’

Lecash, of Chelsea Cloisters, Chelsea, southwest London, denied but was convicted of six offences of harassment without violence.