Loose Women’s Denise Welch has paid tribute to EastEnders actress Josephine Melville after she died backstage while performing in a play.

The talk show panellist, 64, offered her respects to the actress, 61, who played Tessa Parker in the soap in the 1980s, tweeting: ‘So so sad. A wonderful actress.’

Nottingham Playhouse said the actress died on Thursday after appearing in the production Nine Night.

Paramedics and a medically qualified audience member tried to treat the actress but she tragically died backstage.

Staff at the theatre were left in shock following the sudden death.

Melville had been performing as Aunty Maggie in the stage production. 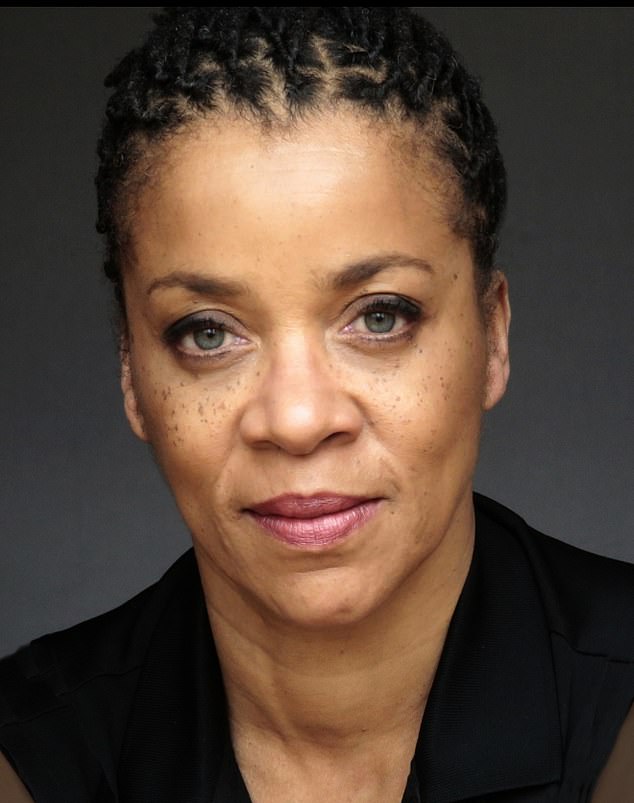 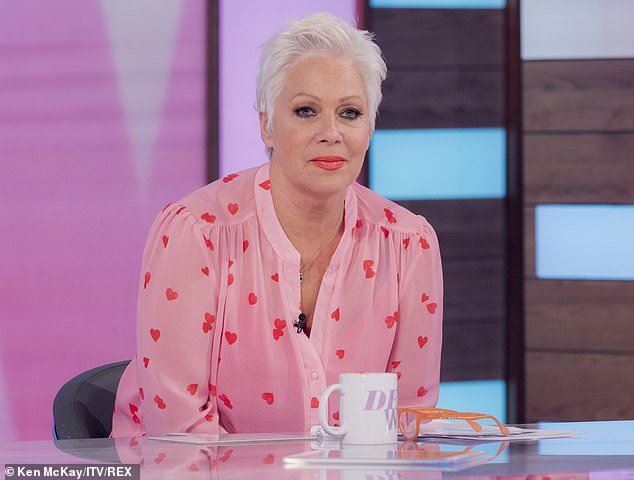 ‘So so sad. A wonderful actress,’ Loose Women’s Denise Welch tweeted in tribute to Josephine Melville

The Essex-born actress became known for playing Tessa Parker in EastEnders during the 1980s.

She has also appeared in The Bill and Casualty and a number of theatre roles. Earlier this year she appeared in the video for Ella Henderson’s single Brave.

‘Josephine’s family have been informed, and our thoughts and deep condolences are with them.’

In light of the death, the theatre company has decided to cancel all performances of Nine Night at Nottingham Playhouse. 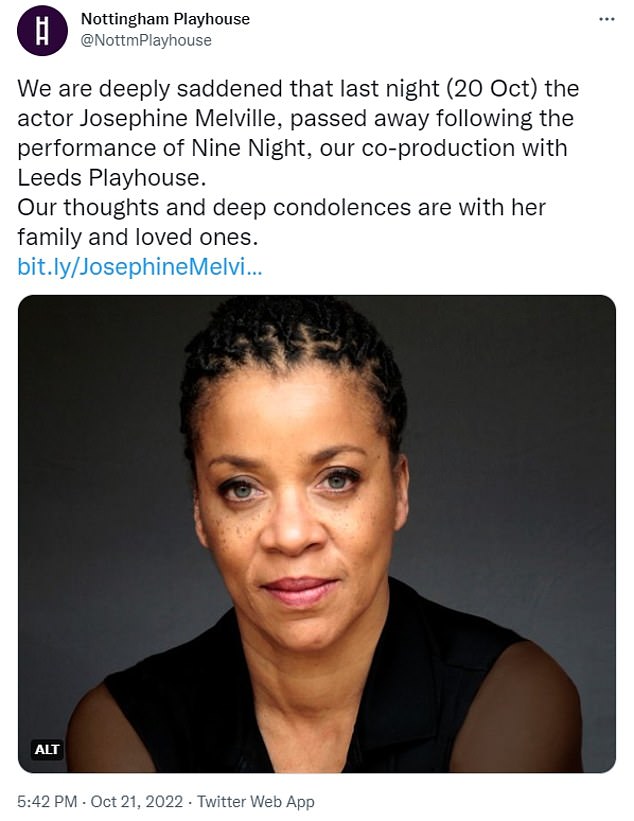 In light of the death, the theatre company has decided to cancel all performances of Nine Night at Nottingham Playhouse

Chief Executive of Nottingham Playhouse, Stephanie Sirr said: ‘We send our love and condolences to Jo’s family and friends.

‘On a deeply tragic and extremely difficult evening we want to pay tribute to the company of Nine Night and to the whole Nottingham Playhouse team who managed the situation with empathy and professionalism.’

Cast member Andrea Davy, who played Trudy in the theatre production, said: ‘Such a pleasure and honour to work with you Josephine. RIP.

‘Our Nine Night family is lost without you. One Love Aunty Maggie! Trudy.’

Actress Adjoah Andoh, 59, who made appearances in EastEnders over the years wrote: ‘Ach…I’m so shocked. A wonderful actress. Amazing comic timing.

‘Part of a community of artists who understood the power of black stories.

‘All blessings & condolences to the family. Full of light, rest in your power Jo.’

‘We are shocked & stunned by this sad news. Our thoughts are with Jo’s family.’