‘Desperate’ baroness wins first round of court fight with jailed solicitor she says tricked her out of her £2m life savings to leave her having to ‘beg, borrow and steal’ to survive

An aristocrat has won the first round of her High Court battle with a solicitor who she claims ‘tricked’ her out of her £2m life savings – after telling the judge she has to ‘beg, steal and borrow in order to be able to survive’.

Baroness Jacqueline Van Zuylen says she was ‘desperate’ and suffering sleepless nights about the whereabouts of her millions after handing them to solicitor Rodney Whiston-Dew to invest on her behalf in 2012.

Mr Whiston-Dew, 70, is currently in prison after after being jailed in 2017 for his role in a £65m tax scam, then subsequently stuck off.

Baroness van Zuylen is now suing him, demanding her money back, plus damages, while the disgraced lawyer denies any wrongdoing.

This week, the Cotswolds-based aristocrat beat off a bid by Mr Whiston-Dew to have her claim struck out, after he argued the English courts do not have jurisdiction to try the case.

But the case will rumble on for weeks more after Judge Nicholas Thompsell adjourned it ahead of a full trial this summer. 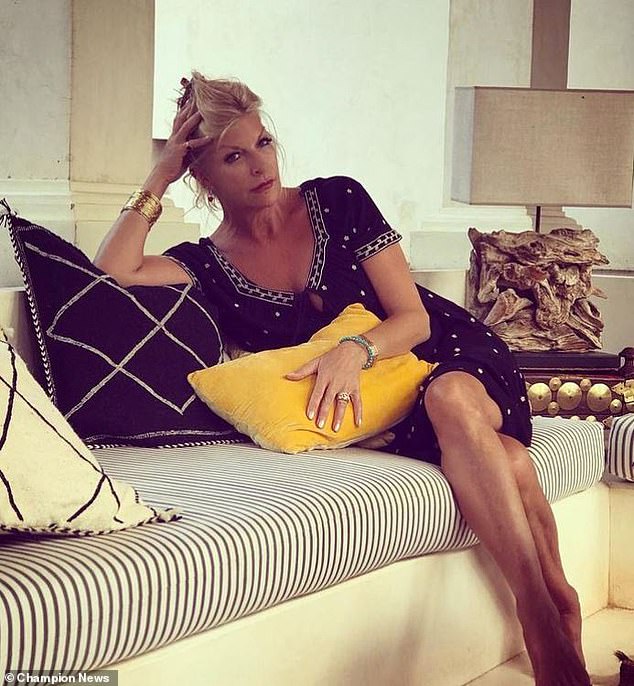 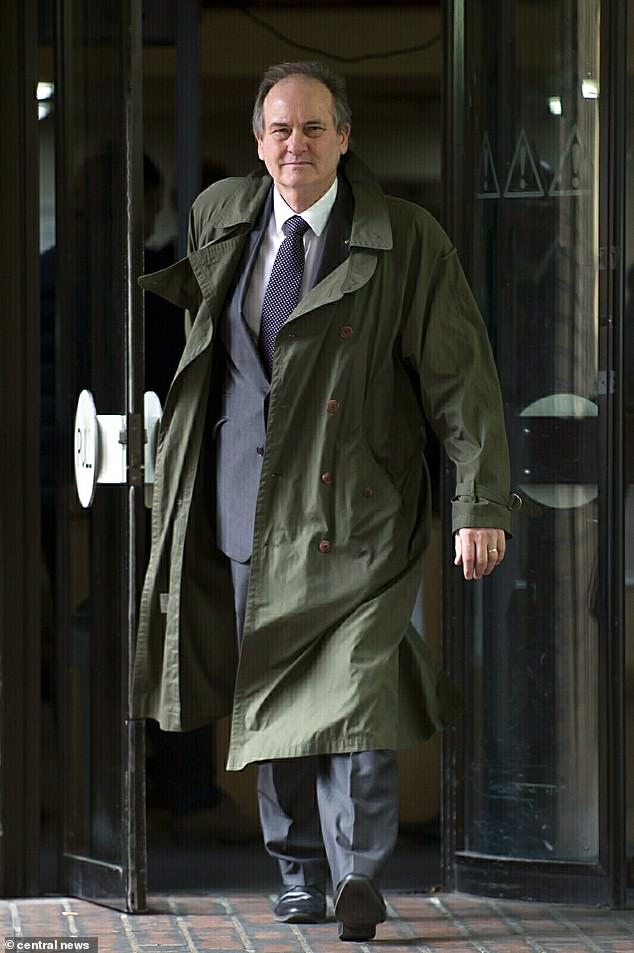 Mr Whiston-Dew, 70, is currently in prison after being struck off after being jailed in 2017

Baroness Van Zuylen was the third wife of Baron Thierry van Zuylen, who was from a Dutch noble family who made a fortune in banking, and owned a string of high profile racehorses and was a leading figure on the French racing scene for more than 50 years.

They split prior to the Baron’s death in 2011 and after receiving a lucrative divorce settlement the Baroness settled into English rural high society in the picturesque Cotswolds village of Little Farringdon.

The Baroness, who claims to be ‘financially unsophisticated’ and to have ‘never worked,’ says she was ‘persuaded’ by Mr Whiston-Dew to transfer cash including her divorce payout, in the sum of £2,103,619, via solicitors to GBT Global Ltd, an offshore company of which he was at the time the director.

She claims she was promised a monthly income for life and signed a power of attorney in Mr Whiston-Dew’s favour, giving him the right to handle her financial dealings.

But in 2017, after losing faith in the arrangement, she says she asked for her money back plus an explanation of what happened to it, but received neither. 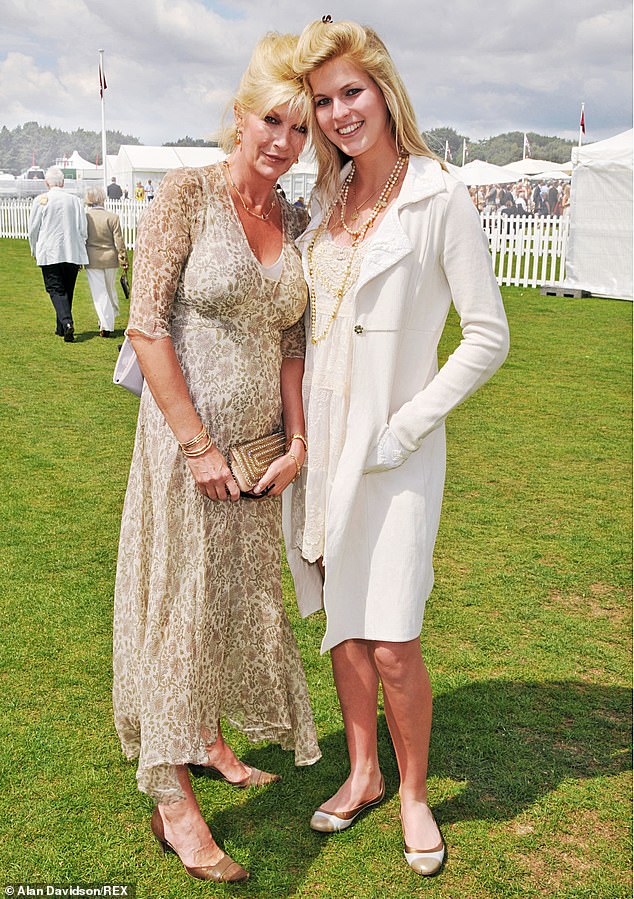 That same year, Mr Whiston-Dew was jailed for ten years for his role in a £65m tax avoidance scam purportedly linked to an eco-friendly reforestation project in Brazil.

The Baroness is now suing Mr Whiston-Dew and GBT Global Ltd, demanding the whole of her original sum back, plus compensation for lost potential investment gains.

In his defence to the action, Mr Whiston-Dew denies the Baroness’ version of events and says he and the company were never involved in scamming her.

She had lost money on poor investments and was overspending on credit cards and overdrafts when they met, he claims, and says he put what was left of her money in a trust fund, on the Caribbean island of Nevis, to preserve it.

He was attempting to get her to ‘rein in her extraordinary spending habits, which at the time exceeded £200,000 per annum,’ he claims.

‘At that rate of erosion of the trust fund, the capital would not last another decade,’ he says. 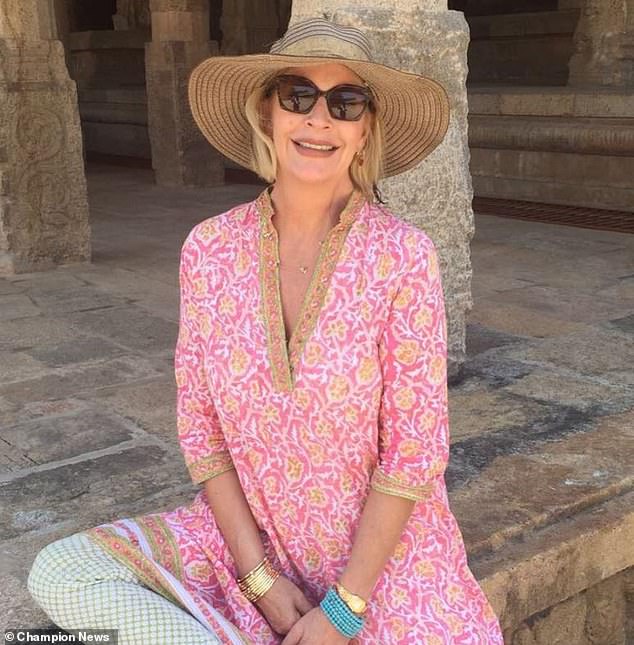 ‘The Baroness was very frequently travelling abroad, including involvement in horseriding expeditions and an interior design project in very remote parts of India, in east Africa, Italy, Holland and in the USA, leaving me to deal with ever-increasing calls from her bank. These became daily occurrences.’

Mr Whiston-Drew said the trust – known as the Azure Trust – was established under the ‘precise wishes and understanding’ of the Baroness on the island of Nevis and the UK courts have no jurisdiction to deal with a case concerning funds held there.

The trustee of the fund is ‘not obliged to return the trust fund to the Baroness and in fact would be in breach of trust by doing so under the laws of Nevis,’ he claims.

This week his barrister Timothy Becker asked Judge Thompsell to strike out the aristocrat’s claim on jurisdiction grounds, alternatively asking for the trial of the case to be adjourned.

Judge Thompsell handed victory to the Baroness by refusing the strike-out application, saying that whilst the trust was based in Nevis, the case against Mr Whiston-Dew includes matters within the jurisdiction of the English courts, including claims that he breached Financial Conduct Authority rules.

But his application for an adjournment was allowed, after Mr Becker told the judge that Mr Whiston-Dew needs time to secure funding to pay for lawyers to represent him.

Asking the judge not to adjourn the trial, Derrick Dale QC for Baroness Van Zuylen told the court she is in a ‘desperate’ situation.

‘She handed all of her money to Mr Whiston-Dew and since he has gone to prison, although payments continued for a short period, she has received no money, no money at all,’ he said.

‘She has had to beg, steal and borrow in order to be able to survive in a day to day existence. She can’t pay her rent on the property she lives in.’

Mr Becker pointed out that the Baroness is represented by ‘leading counsel from one of the Magic Circle chambers,’ adding, ‘things can’t be all that bad’.

But Mr Dale told the judge the Baroness’s legal team have agreed to work on a no-win no-fee basis.

‘She has had to enter into 100 per cent conditional fee agreements with her legal team to conduct this trial,’ he said.

He also stressed to the judge Baroness Van Zuylen’s ‘sense of distress and upset in relation to the fraud claim,’ adding ‘she doesn’t sleep, she has anxiety, she also is very very stressed.’

However the judge allowed the adjournment and put off the trial, after being told that Mr Whiston Dew has been struggling so badly with trying to conduct his own defence whilst under ‘lockdown conditions in the prison due to Covid’ that he has been put on antidepressants by prison medics.

The judge said: ‘In his present state, he would not be able to have a fair trial.

‘The cost of a few weeks is unfortunate, but if the result is that we can have a better trial, that would be helpful…so I am minded to allow the application for an adjournment.

‘Baroness Van Zuylen, I am told, is also suffering sleepless nights over this and I in no way minimise the effect on her.

‘But I think the price of a few extra weeks are greatly outweighed by the real prospect of there not being a fair trial if we were to plough on today.’

The case will return to court for trial later this summer.