Dominican cops question account given by American tourist, 51, who claims she was ‘attacked at a resort by a man in uniform who dragged her into a maintenance room and strangled and beat her for more than an hour’

Dominican authorities investigating the alleged savage attack on an American tourist who was left bloodied and battered at an idyllic tourist resort are claiming there are holes in her story.

Last Wednesday, Tammy Lawrence-Daley, a 51-year-old mother of two from Wilmington, shared a harrowing description of an alleged attack at the Majestic Elegance in Punta Cana, which left her hospitalized.

‘There is a lot of conjecture about the case, a lot of information that doesn’t match some of the statements,’ Dominican Republic national police chief spokesman Col. Frank Durán said Monday.

The suggestions come after Lawrence-Daley and her husband Christopher Daley accused local police of bungling the investigation, with reports that a rape test was administered 48 hours after the alleged attack, among a slew of other criticisms. 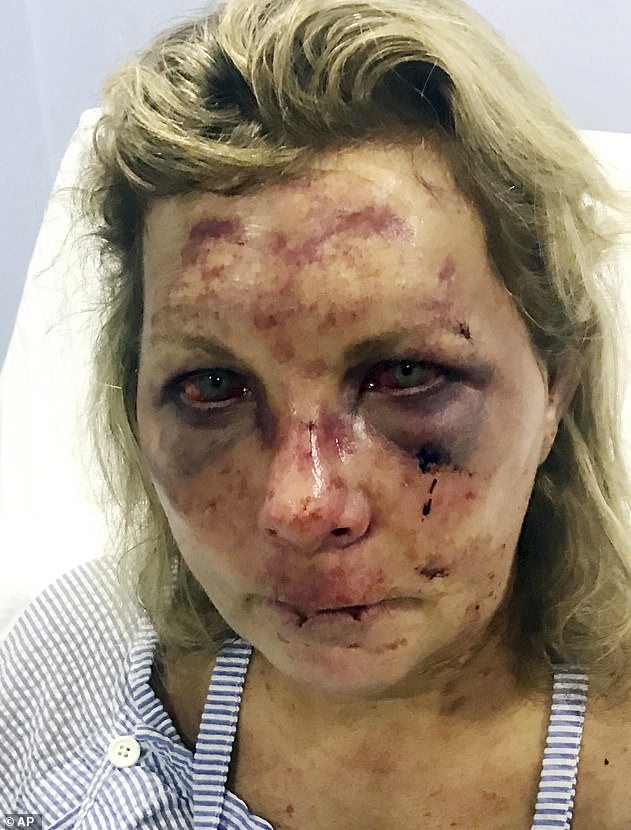 Tammy Lawrence-Daley made the attack public on social media, detailing a vicious hours-long assault by a man she said was wearing the uniform of an all-inclusive resort 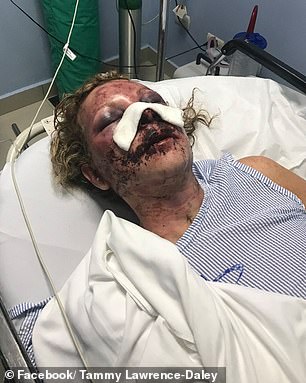 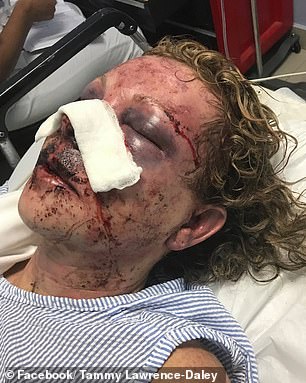 In a lengthy Facebook post detailing the attack, Lawrence-Daley shared photos of her gruesome, bruised and bloodied facial injuries

The story emerged after the Delaware mother-of-two, who was vacationing at a Punta Cana resort, alleged she was attacked by a man wearing the uniform of the Majestic Elegance hotel, where she was staying, who left her for dead following an hour-long brutal assault.

Photographs taken in the aftermath of the attack show Lawrence-Daley nursing a badly bruised face with blood shot eyes, a cut lip and red marks.

Following the attack, Lawrence-Daley claimed the investigation was conducted poorly, which has led to tit-for-tat accusations between the victim’s family and Dominican Republic authorities over the veracity of the claims.

But her husband said this was a lie. He said they filed a complaint at a Higuey courthouse, adding: ‘We were supposed to get a police report in February and we didn’t get that.’ 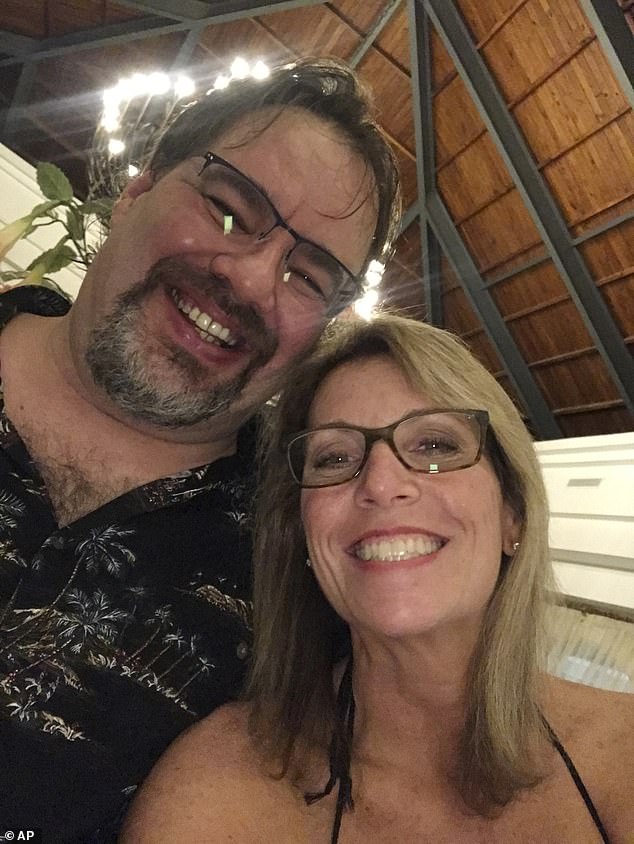 Christopher Daley, left, spoke out after shocking images of his wife Tammy, right, were recently made public on social media following the horror attack in January

The resort where Lawrence-Daley was staying, the Majestic Elegance Punta Cana, said in a statement it was cooperating with authorities and would not comment further out of respect for the ‘dignity and integrity’ of Lawrence-Daley

He also told NBC10 claims they found ‘discrepancies’ in his statements ‘crazy’ after the couple were interviewed together.

And the devastated husband also questioned officials’ determination that his wife was not sexually assaulted after doctors took two days to conduct the exam.

He says they are also yet to receive the rape kit results back.

Lawrence-Daley herself has said she’s still not positive if she was sexually assaulted after she showered before the test.

‘We had to force them to do a rape kit and that didn’t happen until 48 hours later. And even at that point it was an external swab, that was it,’ she said.

Police in the Dominican Republic have confirmed they are investigating the attack.

Spokesman Col. Frank Durán said that immediately after authorities heard of the January attack investigators went to the hospital the mom-of-two was being treated, took her testimony and collected evidence from where she said the assault took place. 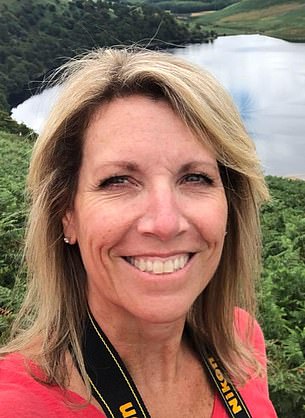 ‘There is a lot of conjecture about the case, a lot of information that doesn’t match some of the statements,’ Durán said Friday. ‘We have to wait for the investigation to end.’

The resort where Lawrence-Daley was staying, the Majestic Elegance Punta Cana, said in a statement it was cooperating with authorities and would not comment further out of respect for the ‘dignity and integrity’ of Lawrence-Daley.

Lawrence-Daley posted this week on Facebook about the attack in the thriving Dominican tourist area of Punta Cana, showing grisly pictures of the damage done to her face. She said she had been vacationing with her husband and a couple of friends.

During the assault in a maintenance area of the beachfront resort, her mouth was ripped apart, requiring numerous stitches, she said.

One tooth was knocked out and others were pushed out of position, she said. Her nose was broken in several places and she sustained an orbital fracture. There were teeth marks on her hip.

She said she decided to go public with her story now to help other women and perhaps warn Caribbean tourists about what to expect from resort management in the wake of a similar attack on their properties.

Lawrence-Daley, an insurance company employee in Wilmington, said she arrived at the Majestic Elegance resort in January.

On her second night there, she said she walked alone through a rotunda on the property at about 10:30 p.m. intending to take some pictures of the moon over the water and perhaps grab a snack. She was attacked from behind, her assailant starting to choke her before dragging her into a nearby maintenance room.

‘The only opportunity I got to turn was when he was strangling me. And that’s when I saw the uniform. And when I tried to look up I couldn’t just because I was passing out at that point,’ she said. 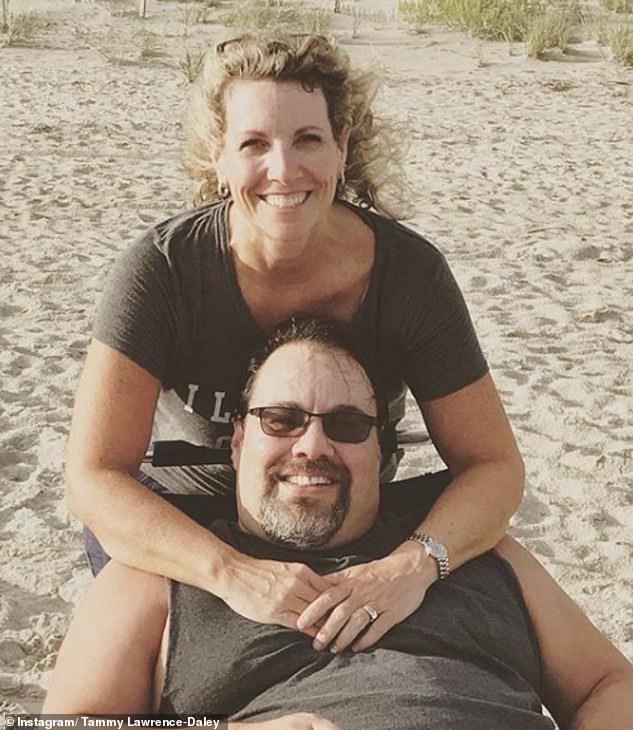 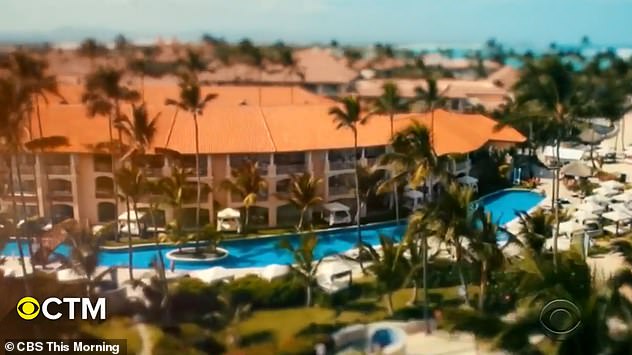 She said any conscious moments that followed she was unable to make out the assailant’s face because she had already been so savagely beaten that her eyes were swollen shut.

Just as she was starting her long path toward a physical recovery, she said she was told that Dominican authorities would not investigate her assault unless she testified in a local court. She said she managed to testify at a court before flying back home.

But after a three-month investigation and a failed attempt to negotiate an out-of-court settlement, the resort’s insurance company eventually sent a letter saying Majestic Elegance bore no responsibility since she couldn’t identify her assailant as an employee. She now has until late July to find a Dominican lawyer to take up the case.

During her ordeal, her husband and friends went to the resort’s front desk three times before security would agree to make even the most cursory search for her, she said, suggesting that she was drunk and sleeping it off somewhere.

She was eventually discovered in the basement of the maintenance room when she came to.

‘If they install cameras that’s at least one step closer to really helping people,’ she said.