THREE HOUR queues to get a taxi because of cabbie shortage: Angry revellers say they’ve been forced to walk home because they can’t hail a cab as drivers who switched jobs during pandemic refuse to return

Drinkers are facing huge three hour queues to get a taxi home after a number of cabbies quit during the pandemic.

It is believed that thousands of drivers have quit in the past 18 months, with many now working for takeaway delivery firms or services like Amazon or DPD.

Uber has previously admitted it is hoping to recruit 20,000 new drivers to tackle shortages and it appears that the lack of drivers is now starting to bite revellers.

One revealed how she was forced to walk home late at night while another said she was approached by several men as she waited in the street.

Taxi companies have also been affected, with one manager describing the situation as like ‘the zombie apocalypse’ with cars vandalised and workers abused.

Cerys Edwards, 23, night shift manager for Coxon’s Cars in Grimsby, Lincolnshire, said: ‘We’ve had cars vandalised, I’ve had my window spat at, punched on. We’ve got a lot of this since the shortage of drivers. And people are drinking harder. It’s like the zombie apocalypse – if they’re not staggering everywhere, they’re angry and violent.’

Meanwhile, Glasgow Taxis revealed that it has had a third of its drivers leave following the pandemic, leaving riders feeling ‘extremely scared’ about getting home at night.

Nightclub DJ Rosie Shannon, 29, said: ‘I am waiting for a taxi for up to two hours when I leave work at the club. It is freezing cold, sometimes it is raining. I am being approached by random men on the street. It is getting to the point I am having to walk home on unlit, dangerous streets. It is extremely scary.’ 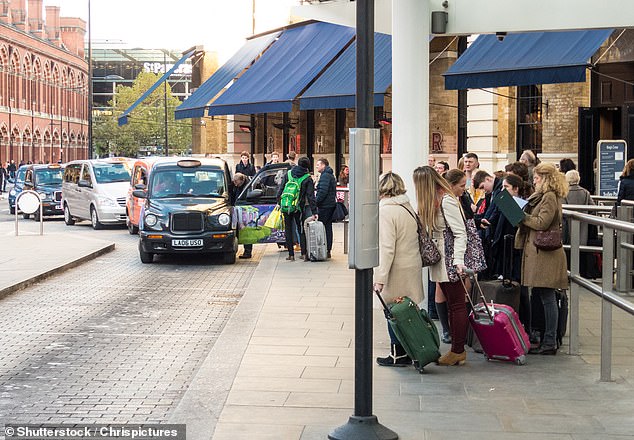 One Twitter user, discussing the taxi situation in Scotland, said: ‘This is a really serious issue. I tried to get a taxi to Queen St station at 9.30pm yesterday since it was already dark – 2 taxi companies didn’t answer, 2 couldn’t help, one had an hour’s wait and four Uber’s cancelled. At 9.30pm on a Wednesday.’

Another said: ‘Is there a complete shortage of taxis in London? Trying to book for tomorrow morning and on third app with no success.’

While a third wrote: ‘I’m having to wait 10 minutes on my own for a bus from central London to get me home because no taxis or ubers are available. As a woman this is terrifying because of the recent events. The tubes are closed so the only option I have is to wait alone.’

Another woman said: ‘Last weekend I had to walk 20 minutes from the pub to my house, alone, at 1am down roads which mostly had no street lighting, because there were no ubers or taxis available. I’m guessing it would have been my fault if I was hurt, right?’

Marshals are having to supervise queues for cabs, it has been claimed, as people wait to get home after a night out.

Dee Grant, 57, a director at C Cabs in Blackpool since 1995, said the violence is the worst she has ever known it.

She told the Mirror: ‘The council put marshals on but passengers are still throwing things at taxis, frustrated they can’t get in. One of our drivers got punched through his window.’

She added that drivers would ‘rather work for Amazon or DPD, where they meet people smiling at the door, instead of being punched’.

Jim Buchanan, who worked as a taxi driver in Glasgow for 25 years, became a HGV driver during the pandemic when cab work dried up.

He told the BBC: ‘I was looking for a bit more security compared to what I had before. Now the pay is a steady income every week. It has been good for my family.

‘In my new job, I don’t have to deal with drunks or anti-social behaviour. I don’t get as stressed anymore.’ 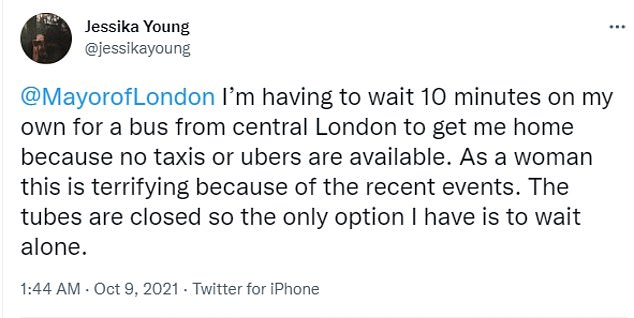 Uber previously said it is launching a recruitment campaign to up its numbers, as current drivers say many who left during last year’s lockdowns are yet to return.

Meanwhile, drivers are said to be furious about changes to their pay deal with Uber, meaning they are now having to fork a larger chunk of their fare to the San Francisco-based tech firm.

Uber increased the service rate from 20 to 25 per cent for thousands of drivers after Supreme Court judges in the UK ruled the company must give its workers benefits such as holiday pay.

To keep their take-home pay up, drivers are taking to ‘multi-apping’ – using other ride-hailing services such as Bolt and FreeNow at the same – in order to pick-up the highest fare.

But it means passengers waiting for an Uber are regularly having rides accepted, only to have them cancelled while the driver is en-route.

Uber, which denies upping prices, says it is plans to sign-up an additional 20,000 drivers across the UK to meet demand as more workers return to the office.

Drivers told MailOnline how the issue began at the start of the Covid pandemic, when demand plummeted due to the Covid lockdown in the UK.

Uber driver Nader Awaad said ‘thousands’ subsequently quit the ride-hailing app, because many were unable to make a living nor claim financial support.

Others were forced to take out Covid support loans to tide them over during the pandemic.

Mr Awaad, who is the elected chair of United Private Hire Drivers (UPHD), said many of the drivers began working for delivery firms such as sister company UberEats, and rivals such as JustEat and Deliveroo.

‘I didn’t stop driving. I was driving seven days a week to keep myself going. 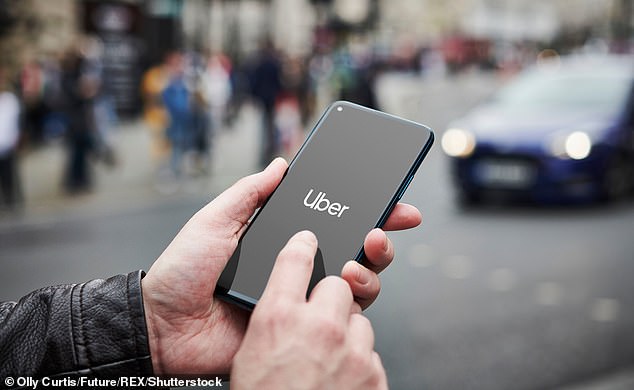 Uber has previously admitted it is hoping to recruit 20,000 new drivers to tackle shortages

‘Not everyone was able to do deliveries, my car is a Mercedes so it wouldn’t work for me. But that’s why we lost a lot of drivers.’

He says the situation has been made worse by an effective cut in pay for thousands of Uber drivers.

Uber increased its service fee for many drivers following a Supreme Court ruling in the UK in February.

The ruling meant that Uber drivers are now classed as ‘workers’ rather than contractors and thus entitled to benefits such as holiday pay.

Uber later moved its longer serving drivers from a 20 per cent service rate – the cut it takes from each fare – to a rate of to 25 per cent.

Bosses of the ride-hailing app say the move was to ‘standardise’ the charge. Uber said newer drivers were already paying this higher rate prior to the court judgment.

But Mr Awaad says that some trips for Uber drivers are now no longer worth taking, particularly in the midst of rising fuel prices.

He says drivers are also not paid for their journey to the customer, meaning many drivers are rejecting trips which are not in a close vicinity.

This, along with the increased service charge, he says, has resulted in some drivers taking to ‘multi-apping’.

Multi-apping, which is permitted by Uber, is when drivers have numerous ride-hailing apps opened at one time.

For example, a driver can be searching for an Uber customer and one from rival ride-hailing app Bolt at the same time.

Mr Awaad says this allows drivers to pick and chose the best fare. He said: ‘I feel guilty cancelling a trip, but drivers are just driving to maximise the price.

‘That’s why customers are waiting for so long at the moment. It’s chaos.’