AFTER leaving a rude not demanding note to be given “another fine” by "a**hole" parking wardens, a driver returned to his car to find that they had indeed been fined.

In the note, the driver rudely argued why they should not be fined for parking outside a university in Brisbane, Australia. 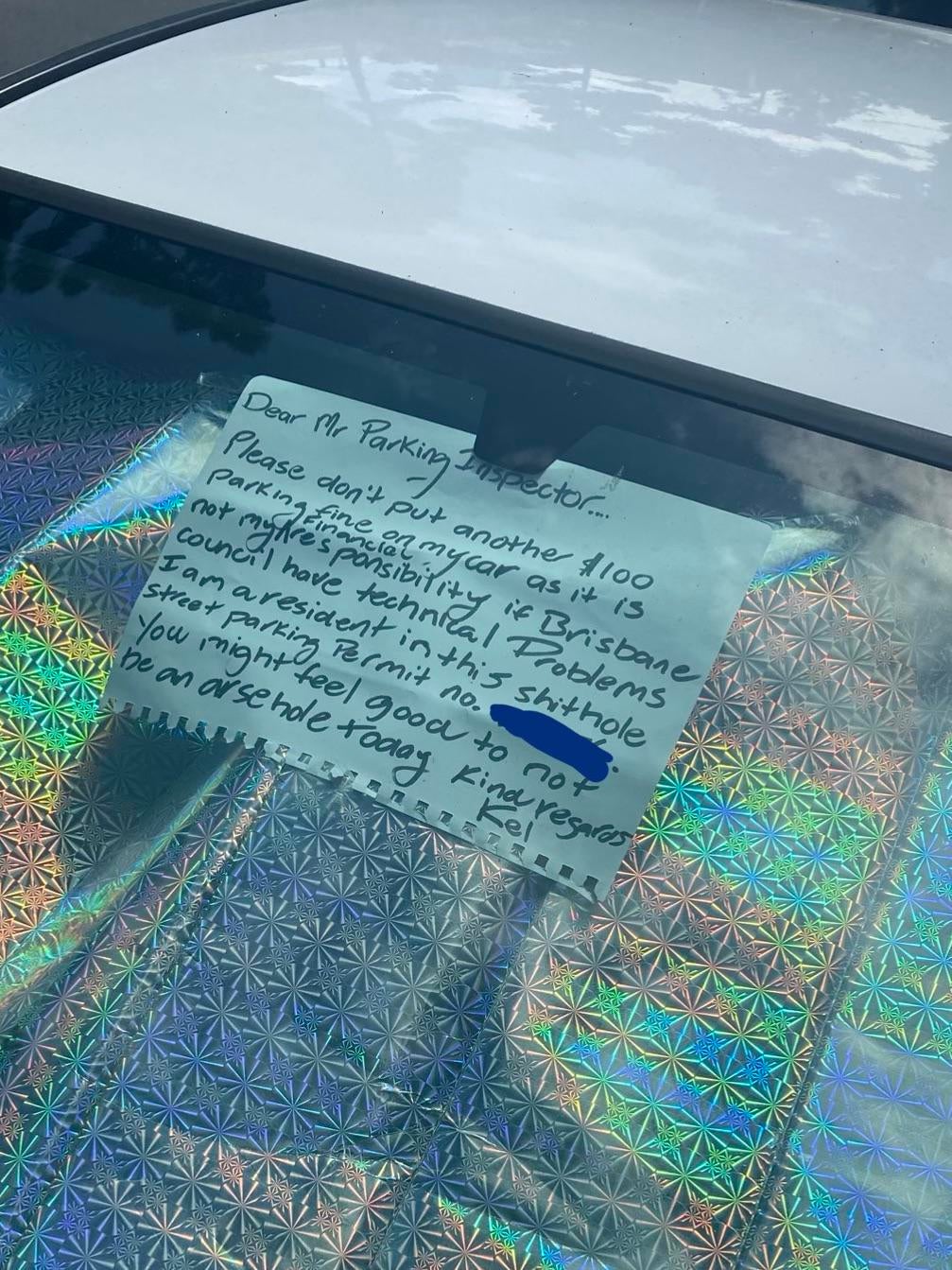 In the message found attached to the car’s windscreen, the driver told parking officials: “You might feel good to not be an a**hole today”.

That clearly did not go down well with the parking attendant who went ahead to slap the driver with a fine of about £55.

The full note read: “Dear Mr Parking Inspector… Please don't put another $100 parking fine on my car as it is not my financial responsibility if Brisbane council have technical problems. I am a resident in this s***hole street”.

A permit number given by the driver in the note was not enough to stop the official from delivering the fine.

When pictures of the note and the ticket were shared on Reddit, eagle eyed posters were able to make out that the ticket was issued for the driver, who identified themselves as Kel, overstaying.

One poster also said the ticket was given for parking in a disable spot.

“Came across this note from an unhappy resident at QUT Kelvin Grove today. I wonder if she considered… not parking in a disabled spot?”

Another posted claimed they had found the same location and Google maps and realized there was a sign which says cars could only be left for 15 wit ho no exemptions for people with permits, according to Mirror. 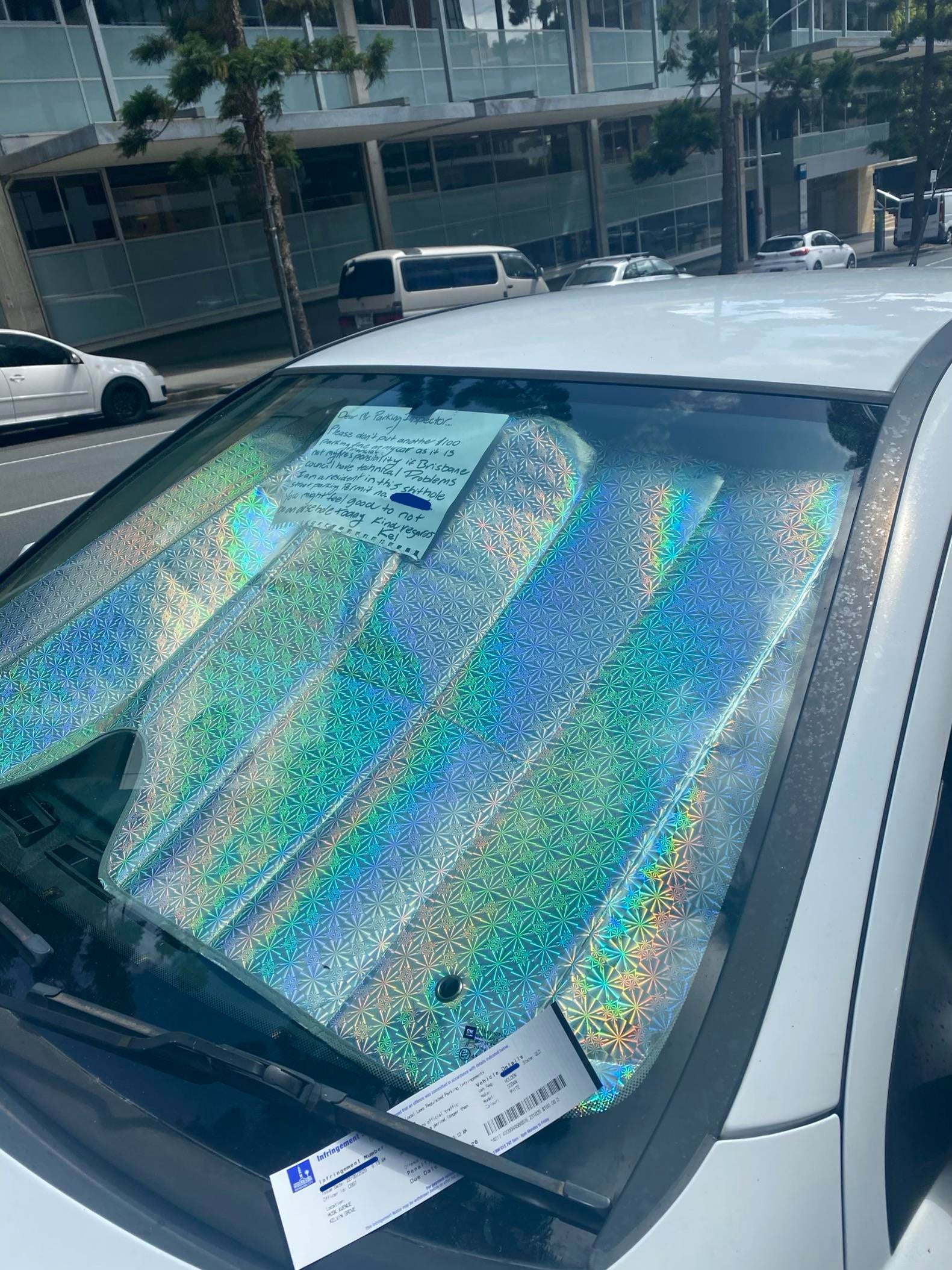