Durham student, 21, loses court battle with aunt over mother's will

Durham student loses court battle with her aunt over her late mother’s £600,000 Kent home after claiming she left it to her in a ‘verbal secret trust’ rather than her will

A polo-playing university student has lost a £600,000 court fight with her aunt over her mother’s will.

Anabel Mattingley, 21, claimed her mother Kim had signed over her property near Maidstone, Kent, to her aunt to protect it from a claim by her ex-husband.

But Durham undergraduate Ms Mattingley said her mother, a former JP Morgan banker, had made a dying wish for a share of the £600,000 property to be passed back to her.

Ms Mattingley told a court that her mother had set up a ‘secret trust’ by asking her aunt, Karen Bugeja, to ‘look after her’ following her death.

She claimed her share of the property, worth around £150,000, would be used as a downpayment on a house and to buy a horse.

But a judge at London’s High Court has now thrown out Ms Mattingley’s claim saying the request was ‘vague’.

The court also heard that Ms Mattingley’s mother had stated in the will that she would have ‘no legal claim’ to the property.

However she has been left the remainder of her mother’s estate under the will, including assets in Switzerland and Spain. 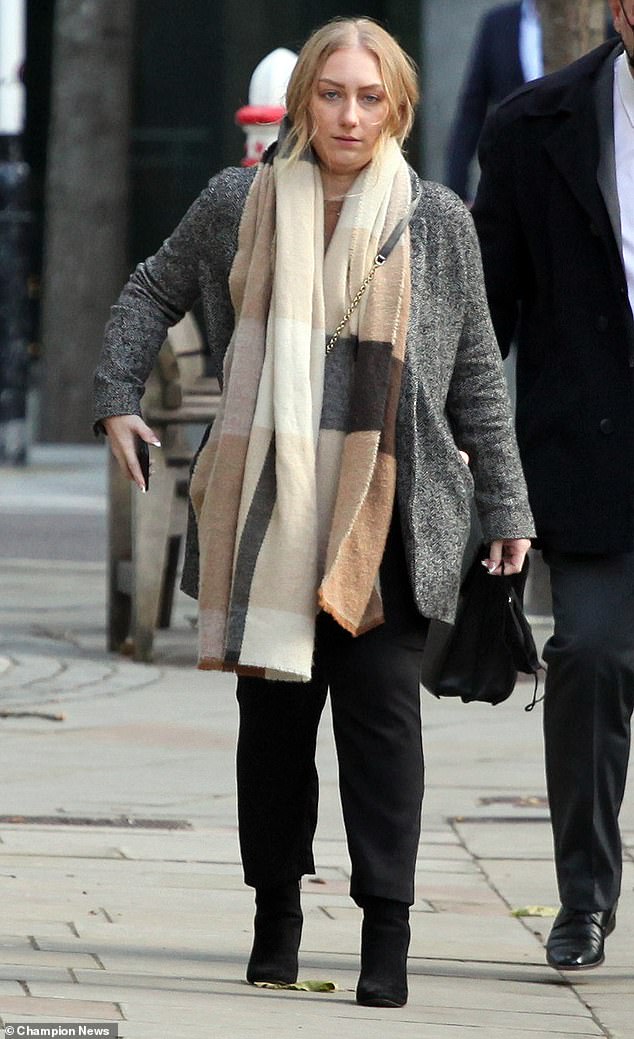 Anabel Mattingley (pictured), 21, claimed her mother Kim had signed over her property near Maidstone, Kent, to her aunt to protect it from a claim by her ex-husband 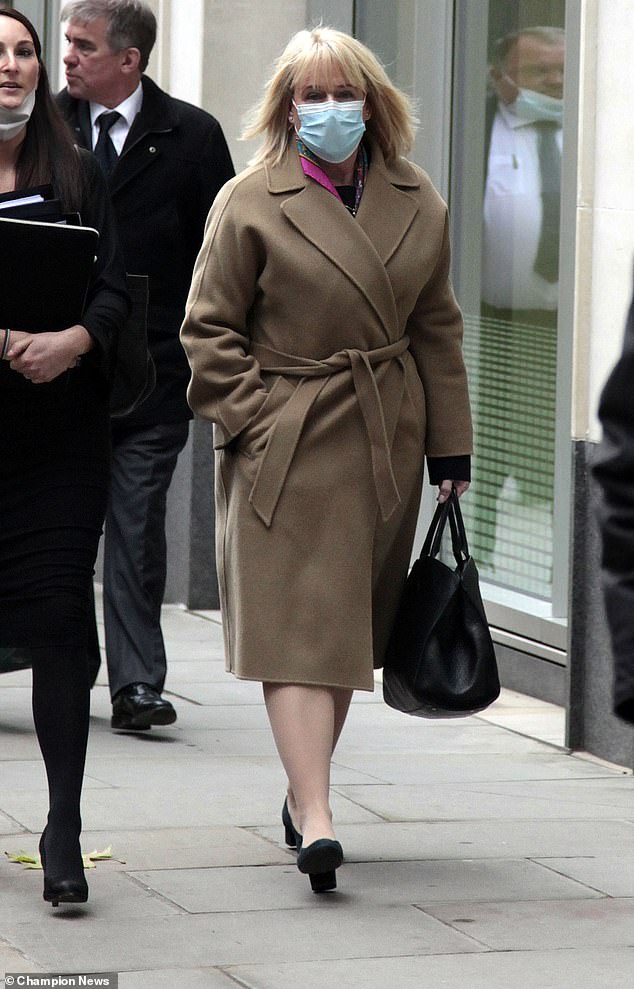 Ms Mattingley told a court that her mother had set up a ‘secret trust’ by asking her aunt, Karen Bugeja (pictured), to ‘look after her’ following her death 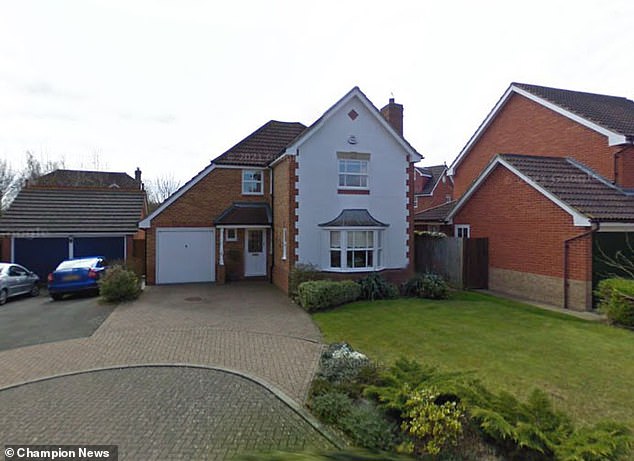 Durham undergraduate Ms Mattingley said her mother, a former JP Morgan banker, had made a dying wish for a share of the £600,000 property (pictured) to be passed back to her

The court heard how ex-banker Kim Mattingley had left her £600,000 house in Kings Hill, near Maidstone, to her sister Karen in her will.

Kim, who moved from Kent to Switzerland and became an alternative therapist, died in 2016 after a developing skin cancer, which later spread to other parts of her body.

Anabel, who studies anthropology and French at Durham University, claimed that Karen had made a legally-binding promise to Kim to pass around a quarter of the value of the house to her daughter after her death.

Her lawyers argued that the ex-banker didn’t leave the inheritance directly to her daughter because she was worried her ex-husband would lay claim to it.

Instead, she left it to her sister, but set up a ‘secret trust’ verbally, ensuring that Karen knew a share of the property was to be owned by Anabel.

But her aunt fought the claim in court, insisting she never promised to give her niece anything from the property, which her mother, Anabel’s gran, still lives in.

Joan White moved into Kim’s house having paid off the mortgage for her.

And while it remained in Kim’s name, she signed over a 25-year lease allowing her mother to live there.

She also gave her sister a 29 per cent share of the value to reflect the cash their mother had poured in.

But after Kim’s death, Anabel demanded that her aunt sign over a 26.63 per cent share of the house to her.

She claimed Karen had betrayed a promise she made to her dying sister by hanging onto the ownership Kim handed her in her will. 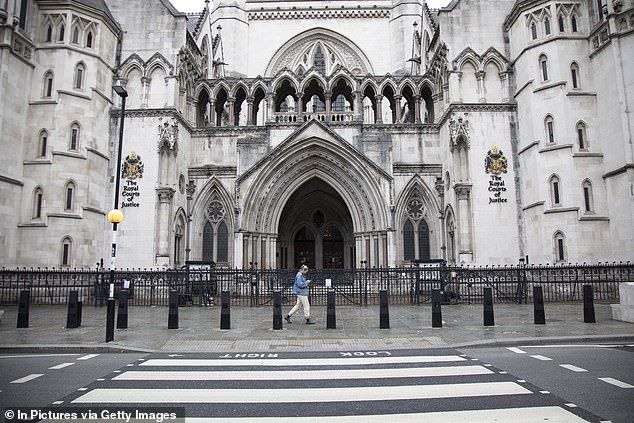 A judge at London’s High Court (pictured: The Royal Courts of Justice) has now thrown out Ms Mattingley’s claim saying the request was ‘vague’

In the witness box, Anabel told the judge that her mum had expected her sister to care for her daughter after her death and had even looked into making her Anabel’s legal guardian.

Nicholas Jackson, for Anabel, told Karen in the witness box: ‘You agreed that you would hold this for Anabel. Your sister trusted you to do the right thing.’

But Karen, fighting the ownership claim, told the judge that she wanted to protect her and Kim’s mother’s Joan who still lives in the house.

‘In the will she left me the house,’ she said.

‘Both my sister and I considered it to be our mother’s house. Anabel was telling me it was her house.

‘I’m fighting this because I didn’t believe my sister would have told me that I was obliged legally to give Anabel a share of a property my mother lives in.’

Backing Karen in his judgment, Judge Davis-White said: ‘The gist of Anabel’s evidence was that her mother told her that she would receive “a portion” of the English property and that Karen would “look after her”.

‘Her mother trusted Karen to do this. I find that Kim was anxious to re-assure her 16-year-old daughter that, after her death, Anabel would be looked after both financially and otherwise by her aunt, Karen.

‘The most that was said when Karen was in the room was that Karen would look after Anabel, in the most general of terms.

‘I find that at most Kim wished, without imposing any obligation or extracting any promise from Karen, that Karen would give Kim something derived from the property.

‘That there was no obligation is reflected by the vagueness of what was promised.’

The judge said that the ‘vagueness’ of the wishes expressed by Kim was ‘fatal’ to her daughter’s claim that a secret trust had been established. 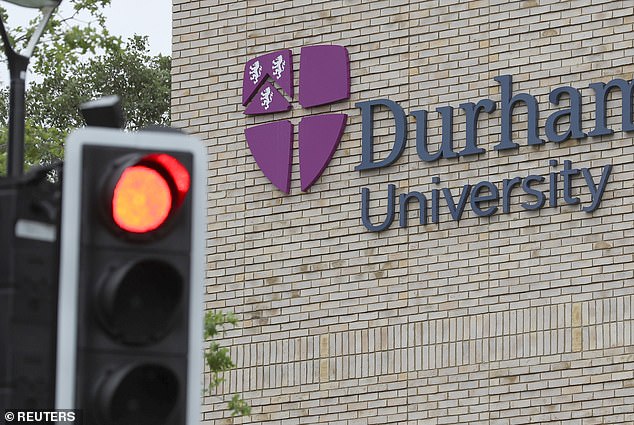 Anabel, who studies anthropology and French at Durham University (pictured), claimed that Karen had made a legally-binding promise to Kim to pass around a quarter of the value of the house to her daughter after her death

Kim’s will had ‘clearly expressed the position that Anabel was to have no legal entitlement to Kim’s beneficial interest – or any part of it – in the property,’ he said.

‘I am also not satisfied on the evidence that Karen made any promise, express or implied, that she would definitely deal with the property or its proceeds in a certain way so as to give Anabel any interest in the same after Mrs White’s death.

‘It follows that the claim must be dismissed,’ the judge said, handing victory to the aunt and leaving Anabel facing a hefty legal costs bill as the loser of the fight.

He added that Karen has said that once her mum has moved out of the house and has her care costs covered, she would consider passing some of the value on to Anabel, but that this would be a discretionary choice on her part, rather than Anabel’s legal right.

The question of costs will be dealt with at another hearing if it is not agreed.