FIVE children have reportedly died after their mom tried to save them in a Missouri house fire this morning.

The blaze broke out when the mother went to pick up someone from work, the fire chief told Fox2. When she returned, just before 4.30am, her house was alight. 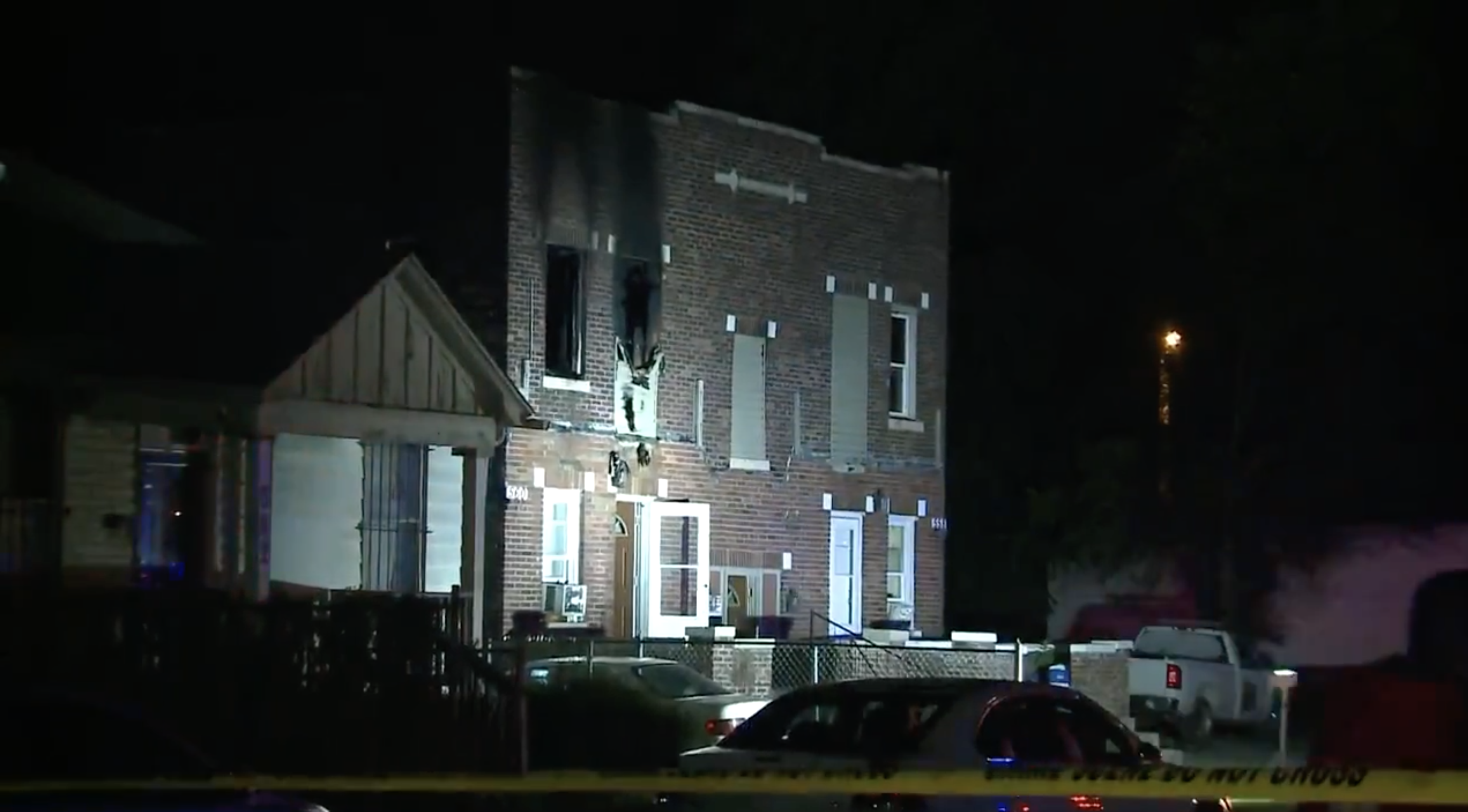 She reportedly ran inside of the building to rescue her children, but was unsuccessful.

After arriving at the scene, firefighters found two adults outside of the home, and five children were reported to be inside.

Assistant Chief of the East St. Louis Fire Department George McClellan told Fox that four children died in the blaze, and another was sent to hospital.

However, it was later reported that the fifth child succumbed to their injuries on their way to the hospital, according to Fox2.

Firefighters found two children in one bedroom, and the other three in the kitchen. Their ages ranged from two to nine years old, according to McClellan.

The mother is reportedly physically OK, but heartbroken.

The identities of the reported victims have not yet been confirmed.

The blaze broke out in an apartment building and it's reported that those affected lived inside one unit.

Images from the scene showed the right side of the two-story building affected by the fire. At least two windows appeared to be blown out.

It is unclear what caused the blaze as the investigation remains ongoing.

The Sun has approached the East Louis Fire Department for comment.