Climate activist, 18, mows 100ft-long penis and the words ‘OI TRUMP’ into field under the Stansted airport flightpath before Air Force One flies over with the President on board

An eco-activist went to extraordinary lengths to catch the eye of Donald Trump by mowing a 100ft-long penis into his back garden below Air Force One’s flight path into London Stansted this morning.

Ollie Nancarrow, 18, spent the weekend cutting the messages ‘oi Trump’ and ‘climate change is real’ beside the enormous organ into his parents’ lawn in Hatfield Heath, Essex.

The crude welcome kicked off the the President’s three-day state visit to Britain which is expected to be overshadowed by a wave of protests that in part stem from the US leader’s scathing stance on climate change. 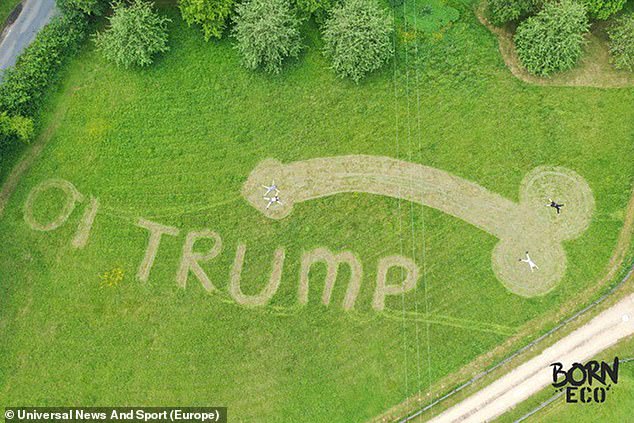 Ollie Nancarrow, 18, spent the weekend cutting the messages ‘oi Trump’ and ‘climate change is real’ next to the enormous organ into his parents’ lawn in Hatfield Heath, Essex 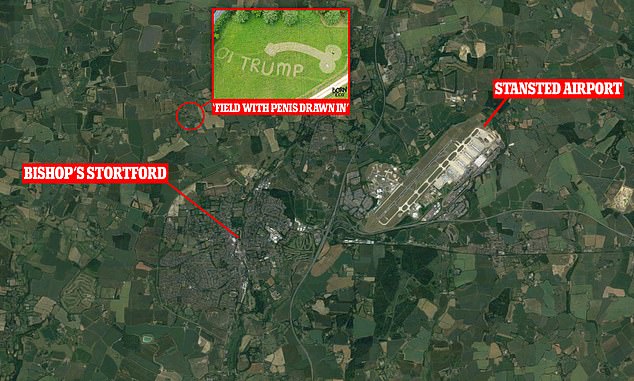 President Trump landed at London Stansted this morning from the west, likely passing over the small village of Hatfield Heath where the crude image was drawn

He also drew a picture of a polar bear, which has become the adopted symbol of eco-activists. 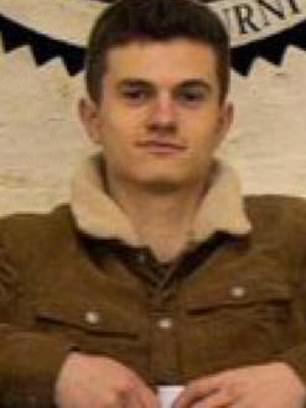 Mr Trump has come under fire from environmentalists since he pulled the US out of the 2015 Paris Agreement and ripped up the country’s commitment to lowering emissions.

The summit saw almost 200 nations agree to aim to limit a rise in average world temperatures to ‘well below’ 2C above pre-industrial times.

A growing global movement of young protesters demanding action on climate change – inspired by 16-year-old Swedish activist Greta Thunberg – has spread across Europe and to countries from the United States to Australia.

She said: ‘It’s a massive problem that the United States is not tackling climate change, but the UK is also massively lagging behind where we need to be on this. 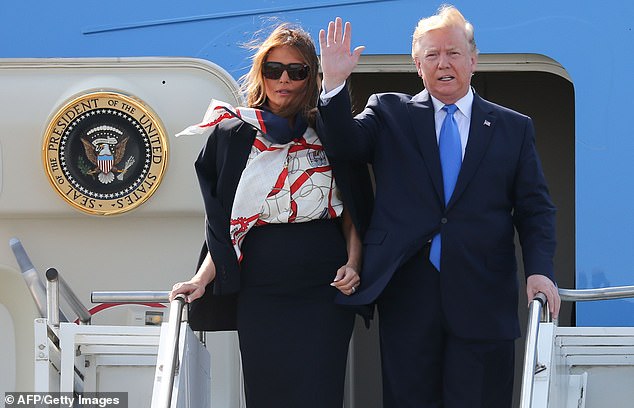 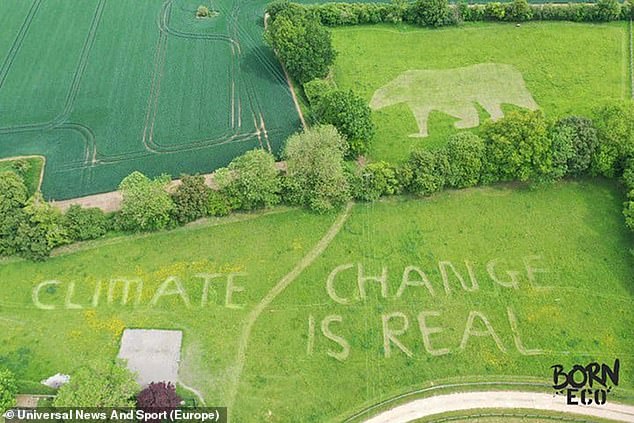 ‘It’s shameful that we’re seeing children having to take responsibility into their own hands because of the inaction of governments and the rest of the public.’

A British government spokesman said Prime Minister Theresa May had raised climate change with Trump before and would do so again this visit as tackling climate change was ‘a priority’.

‘As the Prime Minister has said previously, we were disappointed by the U.S. decision to withdraw from the Paris Agreement in 2017 and continue to hope they will return,’ the spokesman said.