Eddie Mair is to retire from LBC aged 56

Eddie Mair today announced he will retire from broadcasting aged just 56 amid claims his exit from LBC is linked to the arrival of Andrew Marr.

Mair has said he will step down from his role in August this year, on his four-year anniversary of joining LBC, causing shock at the talk radio station.

The Radio 4 star left the BBC in 2018 after refusing to take a drastic cut to his £350,000 salary in a move the opened the floodgates of top presenters quitting to earn even more money at commercial broadcasters.

One insider told MailOnline there was genuine shock at LBC over the decision – and despite his retirement, Times Radio are said to be considering trying to bring him in despite Mair ‘genuinely wanting to retire early’.

‘Times Radio may have gone for Mair and made him a good offer which Global didn’t match’, the source said, adding: ‘Will Maitliss and Sopel take over his LBC slot? Was that the plan all along?’

Before his exit was announced this morning, a friend told the Daily Mail’s Richard Eden: ‘He didn’t like it at all when an hour of his show was sliced off to make way for Andrew Marr, who was suddenly the big new star from the BBC.’ 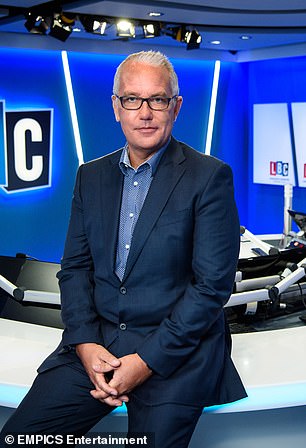 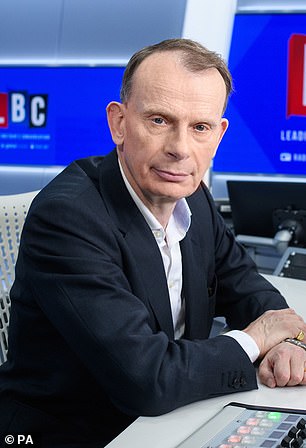 But in a statement, Mr Mair has insisted he was retiring after 40 years in radio while Global’s bosses said that he had planned to retire before but delayed it.

He said: ‘My only regret about LBC is not joining sooner. I’m having a ball and all things being equal would probably carry on forever. They love radio at Global and support it.

‘But the one thing I don’t have on my side is time. Like many others, during Covid I had a rethink about life and in the summer of 2020 told my bosses and close friends and colleagues about my plans to leave.

‘I’ve been at this for 40 years and I want to have a little time for me before I croak. So I will carry on as a devoted LBC listener but pass things on to someone new and I wish them all the best.’

The Scotsman began his career at Radio Tay, a local radio station in his home city of Dundee, where he hosted the breakfast show, weekly phone-ins and news programmes.

Mair joined the BBC in 1987 as a sub-editor for Radio Scotland and later joined Radio Five Live after its launch in 1994, presenting the Midday with Mair news show. 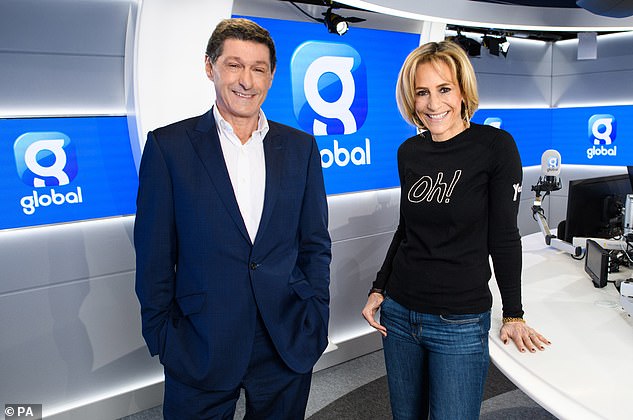 BBC veterans Emily Maitlis and Jon Sopel are leaving the corporation to join Global, the owners of LBC, to front a new show and a podcast. Insiders pondered whether they will now take over drivetime from Mair

In 2003 he became the presenter of BBC Radio 4’s evening news and current affairs programme PM, a role he held for 20 years.

He also occasionally presented Newsnight on BBC Two and Any Questions on Radio 4.

He left the BBC in August 2018 before joining LBC where he hosts the weekday afternoon show from 4-6pm.

Mair’s defection after more than 30 years at the BBC caused shockwaves across the media.

The BBC settled the claim with the journalist, who quit after finding out that she was being paid tens of thousands less than her male counterparts.

Mair, 56, was thought to be the only top-earning male star who refused to take a pay drop to tackle the BBC’s equal pay crisis.

Andrew Marr defected to LBC last month, with the BBC star declaring, ‘I am keen to get my own voice back’, after being silenced by BBC rules on impartiality.

His arrival meant that Mair’s drivetime show was, however, cut to just two hours instead of three from Monday to Thursday, to make way for Tonight With Andrew Marr.

LBC’s owner, Global Radio, welcomed Marr with great fanfare, gushing that it was ‘honoured’ to receive ‘one of the finest and most respected broadcasters and journalists of our time.'[End opt cut]

Marr wouldn’t be the first prominent BBC star to rub Mair up the wrong way. Robert Peston had a frosty relationship with the PM presenter for years. Although Peston did say he ‘eventually’ came to the conclusion that Mair’s irritation towards him was an act.