Ian Bremmer, head of political-risk consultancy Eurasia Group, wrote in a note to clients on Monday that Musk told him about recently speaking with the Russian president.

Bremmer said that conversation came before a series of Musk tweets urging Ukraine to seek a negotiated solution to the invasion by Russia and to cede Crimea for good. 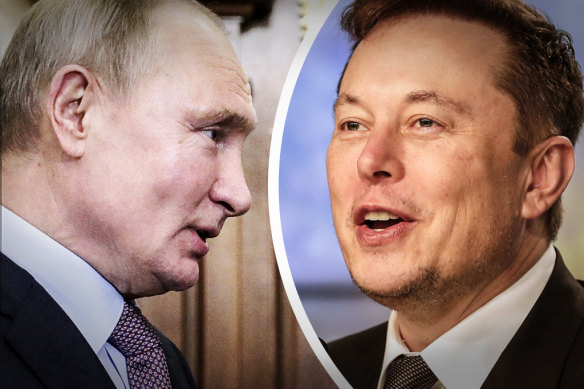 Musk said in a tweet on Tuesday that he didn’t speak with Putin about the war, adding that a call would be would be “pointless, as there is currently no overlap between Russian and Ukrainian demands – it’s not even close”.

Bremmer shared in his most recent note that Musk had told him about two weeks earlier that he had discussed with Putin the president’s requirements for ending the war.

Those conditions, which mirrored the proposals Musk put forward in his tweets on October 3, included Ukraine ceding Crimea, accepting a formal state of neutrality and recognising Russia’s annexation of Luhansk and Donetsk.

Musk’s Ukraine tweets are what prompted Bremmer to come forward, he said in his note.

“I wasn’t planning on writing about this,” he wrote. But “it feels important to write about what’s happening.”

Bremmer didn’t immediately respond to a request for comment. A Eurasia Group spokesman declined to elaborate beyond the note.