Somebody who ain’t nothin’ but a hound dog has made off with an Elvis Presley bust from a Central Illinois saloon.

The Peoria Journal Star reports that the theft of the King of Rock ‘n’ Roll from atop the bar of Jimmy’s Bar in West Peoria happened sometime between Saturday afternoon and Sunday morning.

“To walk off with that took some guts,” said Jimmy Spears, the bar’s owner for 39 years. He said the heist can’t have taken much planning or work since he hadn’t bothered to bolt down something that he never thought anyone would want to steal. 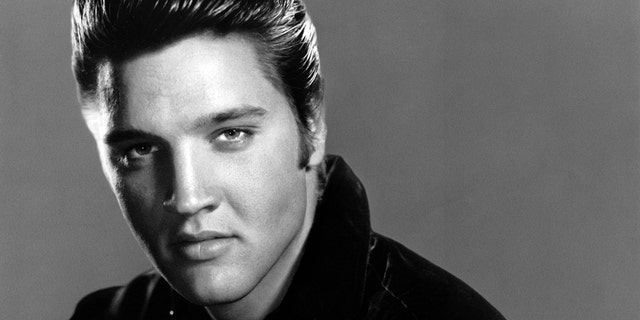 This shows a posed studio portrait of Elvis Presley. Recently, a bust of the singer was stolen from a saloon.
(RB/Redferns)

Spears said nobody has claimed responsibility or sent a ransom note. And he didn’t call the police because he didn’t want to bother officers who might have something better to do. Spears said his niece brought the bust about 15 years ago at a garage sale for $20.

But even though Spears isn’t “some big Elvis fan,” the bust has enough sentimental value that when its nose came off after a customer accidentally knocked it to the floor, he let a regular give Elvis a nose job with a little glue and paint. 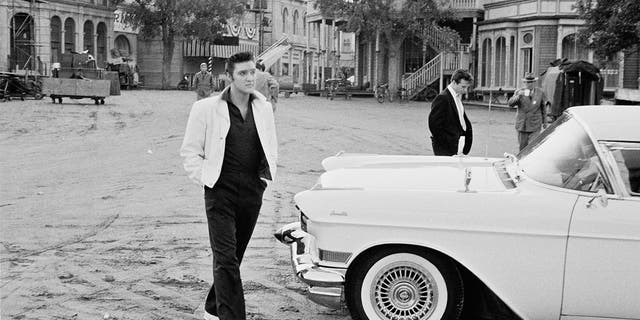 American rock ‘n’ roll singer and actor Elvis Presley (1935 – 1977) walking past a Cadillac Eldorado on a movie set, USA, circa 1958. Recently, someone stole a bust of the singer from a saloon in central Illinois.
( Archive Photos/Getty Images)

“Elvis has left the building. Please bring him back whoever took him. No questions asked.” 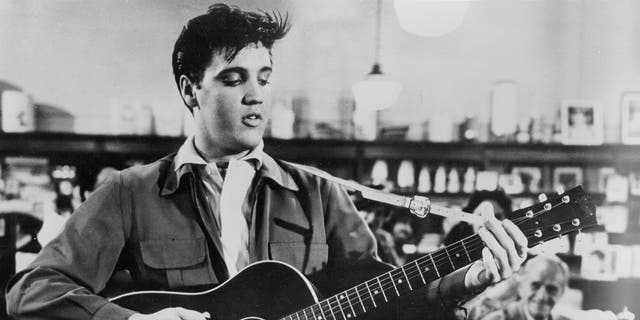 Rock and roll singer Elvis Presley in a movie still circa 1957. Recently, a bust of the singer was stolen from a saloon in Illinois.
(Michael Ochs Archives/Getty Images)

As of Thursday morning, he had not returned.