‘We will never let you down’: Emmanuel Macron promises the EU will always stand by Ireland and the bloc will ‘remain united’ against the UK as post-Brexit row over border checks rumbles on

Emmanuel Macron has promised the EU will always back Ireland in a rumbling row with the UK over post-Brexit border rules.

The French President said during a visit to Dublin that ‘we will never let you down’ and ‘we will stand by you’.

He also insisted that the bloc will ‘make sure’ that the UK complies with the Northern Ireland Protocol as he fired a warning shot at Boris Johnson. 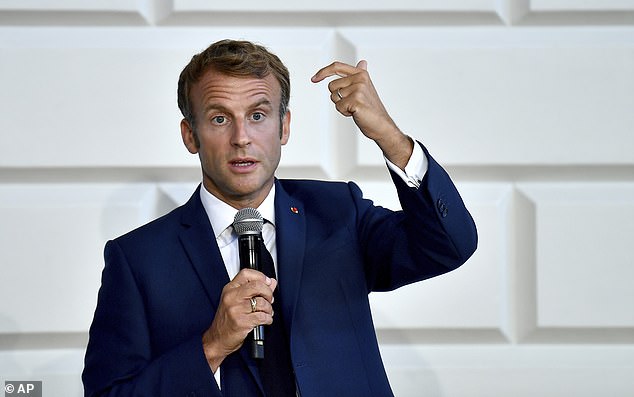 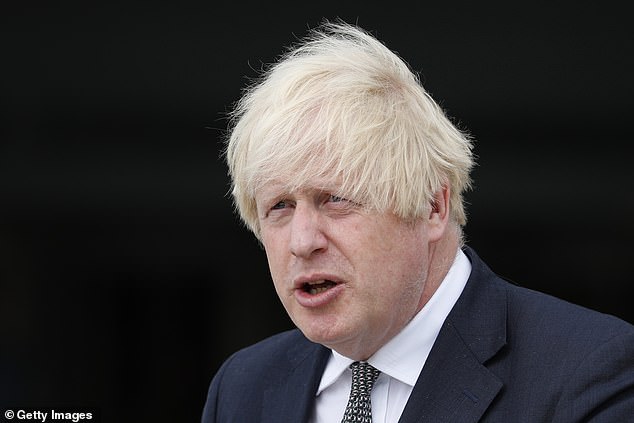 Mr Johnson wants to renegotiate the protocol after it caused disruption to trade and inflamed community tensions.

But the European Commission has repeatedly ruled that out and said while the rollout of the protocol could be improved, all changes must be within the parameters of the already agreed framework.

Under the protocol, Northern Ireland remains in the customs territory of the UK – but customs checks and controls are applied to goods moving from Great Britain to Northern Ireland.

This is because under the terms of the Brexit deal Northern Ireland remains effectively in the EU’s single market for goods.

Mr Macron issued a warning to the UK that it needs to commit fully to all aspects of the trade deal agreed last year.

At the same time, Taoiseach Micheal Martin said he hoped that there was enough ‘political will’ to solve the outstanding issues between the EU and the UK.

Mr Macron was in Dublin for a one-day visit yesterday, during which he met with the Taoiseach for talks.

Mr Macron said that the EU will ensure that the UK sticks to the Northern Ireland Protocol.

He said: ‘We will make sure that the agreements signed after very lengthy negotiations will be complied with, when it comes to fisheries or some well-known protocols.’

At the end of June, the UK and the EU agreed a three-month extension to a grace period on chilled meats entering Northern Ireland from Great Britain. 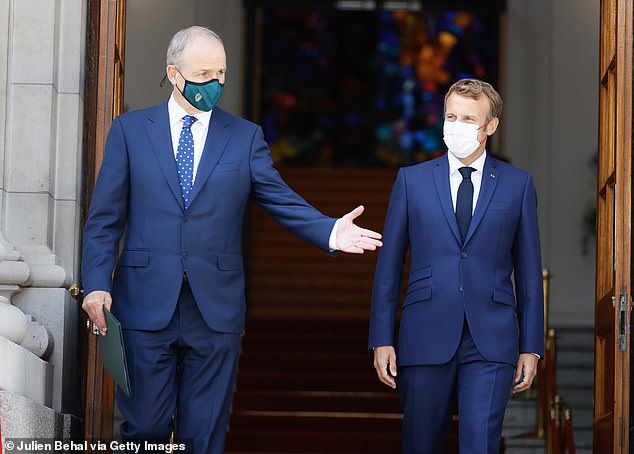 The ceasefire came after the UK had threatened to unilaterally extend the grace period if Brussels refused to budge.

The protocol has been a source of contention in Northern Ireland – with unionist leaders calling on the agreement to be scrapped or renegotiated.

Mr Macron said that Ireland would never be let down by France or the EU when it comes to Brexit.

He said: ‘From the beginning of the British referendum, Europe has been united and stood in solidarity. It will remain united.

‘It is an existential for the solidarity and unity of the European Union. We will never let you down.’