Washington: A former top Saudi intelligence officer and close US intelligence ally has accused Crown Prince Mohammed bin Salman of targeting him for assassination and taking his children hostage because he has knowledge of damaging secrets about the prince's rise to power.

In a federal lawsuit filed in Washington on Thursday, Saad Aljabri said "there is virtually no one that Defendant bin Salman wants dead" more than him because of his relationship with the American government as "a longtime trusted partner of senior US intelligence officials."

Aljabri – now living in exile in Toronto – is "uniquely positioned to existentially threaten Defendant bin Salman's standing with the US Government," the lawsuit said. 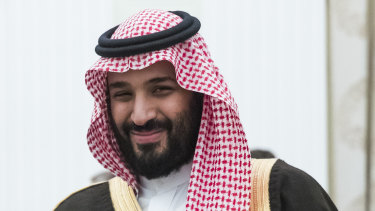 In a detailed complaint running more than 100 pages, Aljabri alleges that the Saudi leader orchestrated a conspiracy to kill him in Canada that parallels one that resulted in the death and dismemberment of Jamal Khashoggi, the dissident Saudi columnist. The CIA has assessed that Mohammed likely ordered Khashoggi's killing himself.

Aljabri says the prince and his allies pressured him to return to Saudi Arabia, with Mohammed sending agents to the United States to locate Aljabri and having malware implanted on his phone.

When Aljabri was ultimately located, Mohammed sent a "hit squad" to kill him, the lawsuit asserts. The team was stopped by Canadian customs officials who, in a grisly echo of the Khashoggi case, were found carrying forensic tools that could have been used to dismember a corpse, Aljabri alleges. 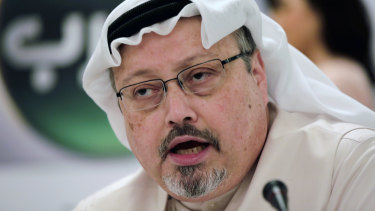 Jamal Khashoggi was killed at the Saudi Consulate in Istanbul in 2018.Credit:AP

Since March, Saudi authorities have arrested and held one of Aljabri's sons, Omar, 22, and a daughter, Sarah, 20, the suit alleges. Aljabri's brother has also been arrested, and other relatives detained and tortured inside and outside of Saudi Arabia, the lawsuit said, "all in an effort to bait [Aljabri] back to Saudi Arabia to be killed."

A spokesman for the Saudi Embassy in Washington did not respond to a request for comment about the lawsuit.

Such explosive claims from a once-high-ranking Saudi official, whom the CIA credits with helping save American lives from terrorist attacks, could further strain Washington's battered relationship with Riyadh. After Khashoggi's death in 2018, Democratic and Republican lawmakers once counted as stalwart allies of the kingdom have turned away from the young crown prince and threatened to upend decades of economic and security cooperation between the two countries.

Mohammed has sought to rehabilitate his standing on the world stage. He has benefited from the unflagging support of President Donald Trump, who has refused to accept the CIA's assessment that Mohammed probably ordered Khashoggi's death. The crown prince has said Trump assured him that he had nothing to do with what the US president has called "an unacceptable and horrible crime."

Aljabri, represented by the Jenner & Block law firm, alleges in the lawsuit that Mohammed believes Aljabri "is responsible" for the CIA's conclusion and sees him as an impediment to further consolidating his power in Saudi Arabia and with the US intelligence community.