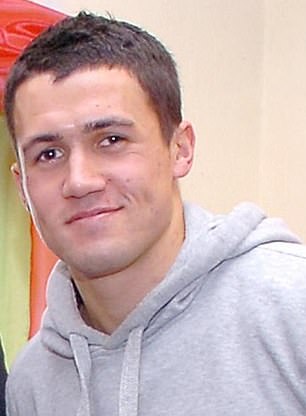 Pictured: Craig Ward, 36, has been banned from teaching after sending explicit messages to a male pupil at a school in Warrington

A male PE teacher who once won £50,000 on Channel 4’s Million Pound Drop has been banned from working after bombarding a pupil with sexually explicit messages.

Craig Ward, 36, sent multiple texts over Facebook Messenger telling the boy, who cannot be named, that he wanted to perform sex acts on him.

He also gave him unsupervised lifts in his car, plied him with vodka and asked the boy to buy things from the shop for him.

The panel heard that Ward had initiated the contact with the pupil, initially regarding football and schoolwork.

The subject of the messages then developed into requests for the boy to pick up items from the shop for him, before the messages became sexual, the panel heard.

Ward, who won £50,000 when he appeared on Channel 4’s Million Pound Drop in 2011, also sent messages in the early hours of the morning and during school holidays.

After receiving the first sexual messages, the pupil stated he was ‘shocked, confused and did not know how to respond and just wanted the messages to stop’.

The boy said he took half an hour to reply because he was so shocked and feared if he did not respond, Ward might keep messaging him.

Ward, who was a teacher at Padgate Academy in Warrington, Cheshire, from 2013 was investigated by police when the boy reported the messages in 2017.

The school carried out an investigation in September and October 2018 following the conclusion of the police probe. 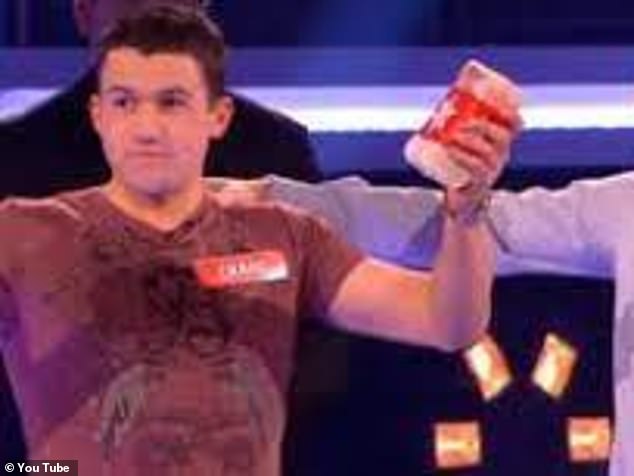 Ward, who once appeared on Channel 4’s Million Pound Drop where he won a share of £100k, told the male pupil he wanted to have sex with him in texts sent over Facebook messenger

Ward attended an investigatory interview in October 2018, but resigned from his post in January 2019 – the day before he was due to attend a disciplinary hearing.

A report of the hearing states that Ward admits the allegations.

He also accepted they amounted to unacceptable professional conduct and conduct that may bring the profession into disrepute.

The report states: ‘It is clear to the panel that the manner in which Ward fostered a relationship with Pupil A, sending messages containing explicit language, late at night and early in the morning, enabled him to develop a relationship that was more akin to a friendship.

‘Similarly, asking Pupil A to buy items from the shop, transporting Pupil A alone in his car and encouraging him to consume alcohol, while not inherently sexual, all formed part of a pattern of behaviour that blurred the boundaries of the teacher-pupil relationship.

‘This enabled him to continue contact with Pupil A after he had concluded his studies. 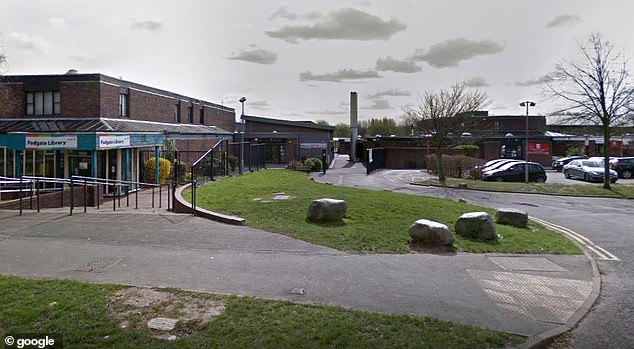 ‘It was apparent that Mr Ward then sought to develop the relationship into a sexual one.

‘The panel was satisfied that the conduct of Ward fell significantly short of the standards expected of the profession.

‘It was of concern to the panel that Ward pursued Pupil A for sexual gratification or a sexual relationship, notwithstanding Pupil A had sent a clear message declining Ward’s advances.

‘Ward ignored this and continued sending him unwanted messages and also requested Pupil A keep the messages between themselves.

‘Ward demonstrated a complete disregard for the right of Pupil A not to be harassed by someone who had been entrusted not to abuse his professional position.’

At the school’s disciplinary hearing, Ward admitted that he had made a serious error of judgment and expressed an apology for his actions.

He has been banned from teaching in any school, sixth form college, relevant youth accommodation or children’s home indefinitely.

Ward has no right to apply for restoration of his eligibility to teach.

Following the hearing, a spokesman for Padgate Academy said: ‘The academy was made aware of a complaint made to Cheshire Police by a former student on July 25, 2018, at which point Mr Ward was suspended from duty pending a disciplinary investigation.

‘He remained suspended from duty throughout the disciplinary process. He resigned from his post on 07 January 2019, the day before the scheduled disciplinary hearing.

‘In line with its statutory obligations, the academy subsequently made a referral to both the Disclosure and Barring Service and the Teaching Regulation Agency.’