EXCLUSIVE: Distraught British mother is begging doctors to turn her eight-year-old son’s life support OFF after was left brain-dead on Barbados holiday – but medics are refusing despite no chance of survival

A grieving family who were told their ‘cheeky’ eight-year-old son was brain dead after suffering a seizure on a trip to Barbados is now enduring a ‘living nightmare’ after government officials refused to turn off his life support.

Ace Field was no different to any other healthy little boy when he arrived in Barbados for a family trip from Portsmouth last week.

But last Tuesday he began feeling ill and was rushed to hospital, where a series of scans revealed he was suffering from acute myeloid leukaemia.

Little Ace was sitting up in his hospital bed, FaceTiming friends and playing card games with his parents until January 8, when his condition had rapidly deteriorated.

Within minutes of coming down with a headache, Ace suffered a catastrophic seizure. He has never regained consciousness.

Now, his devastated family are battling with the government in Barbados for the right to turn his life support off. 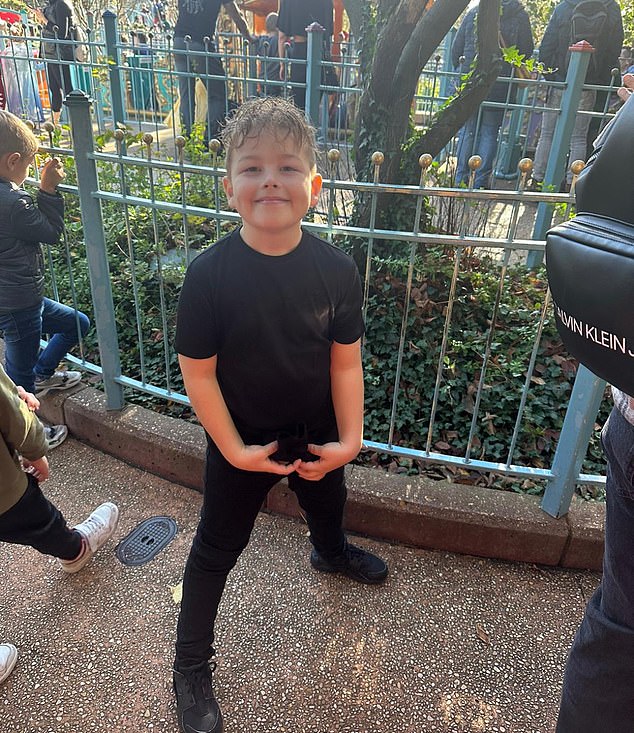 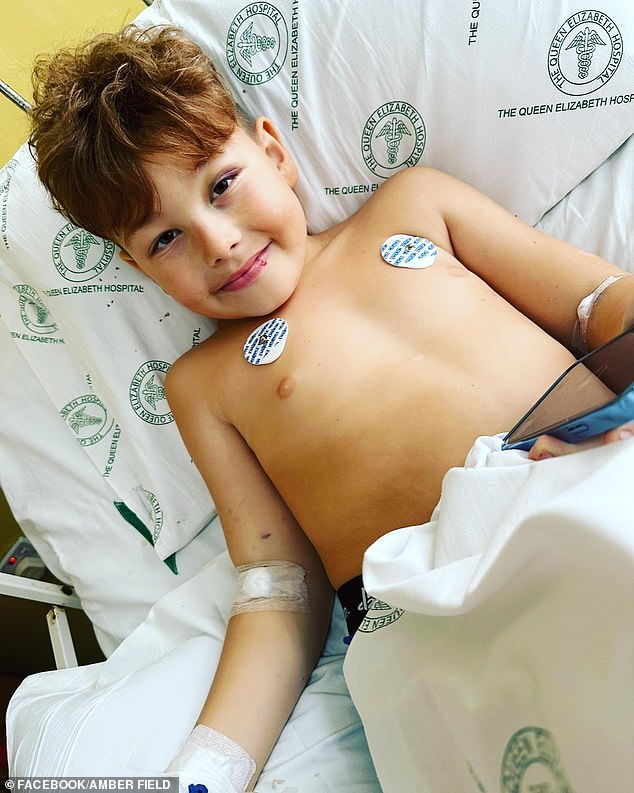 Little Ace was sitting up in his hospital bed, FaceTiming friends and playing card games with his parents until January 8, when his condition had rapidly deteriorated

Local law stipulates that if there’s a heartbeat, the life support machine cannot be turned off.

But Ace’s family say policymakers are now just delaying the inevitable and dragging out their grieving process.

His aunt, Emma Wearn, spoke to MailOnline from Barbados about the cruelty of their current situation.

‘The only way I can describe it is a living nightmare,’ she said, trying to keep her composure for the sake of Ace’s mother.

‘It’s hard to speak about it all without crying, it’s been such a horrendous time.’

About 15 of Ace’s closest relatives flew to Barbados when his mother was told there was no chance he would recover.

They thought they were saying their final goodbyes. And yet, now they’re told it could be weeks before his heartbeat stops.

‘His heartbeat is still strong, because he has a healthy heart and the machine. But all that it means is that it will take longer to pass on his own,’ Ms Wearn explained.

‘We want them to let him rest.’ 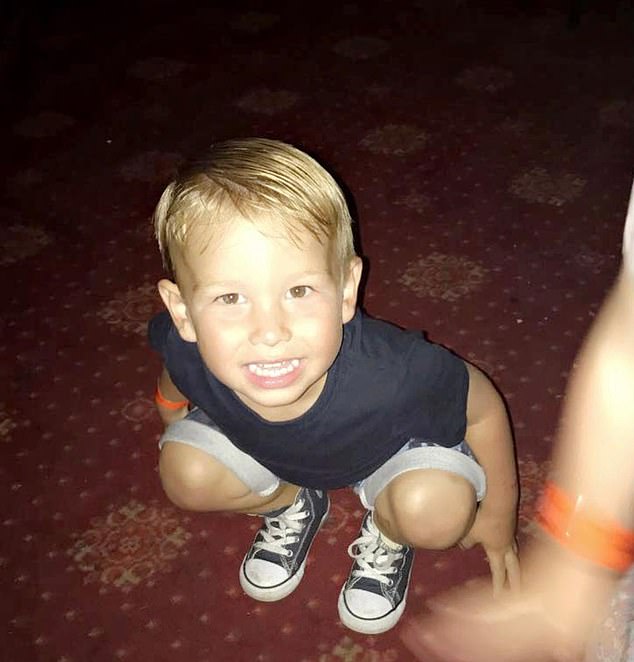 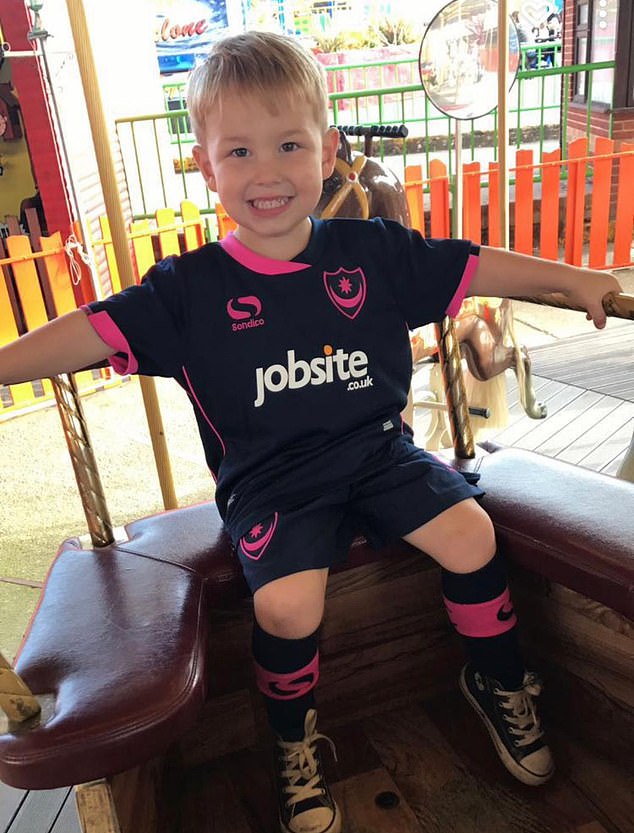 His grieving mother has been told her only chance at arguing her son’s case is to appear in court, Ms Wearn said. The earliest they could get a hearing is next Wednesday.

‘Doctors have said it would be sensible to get a lawyer,’ a relative told MailOnline.

The family said doctors in both the UK and Barbados have expressed their sympathies and said their medical opinion would be to turn the life support off as soon as the family is ready.

But they’ve been ‘overruled’ by the legislation.

Ms Wearn said: ‘His poor mum can’t even start to try to process this awful, awful thing that’s happened, because now they’ve gone and done this to her.

‘We can’t understand how, if you’re brain dead, why they’d keep him alive for no reason. His body could catch infections.’ 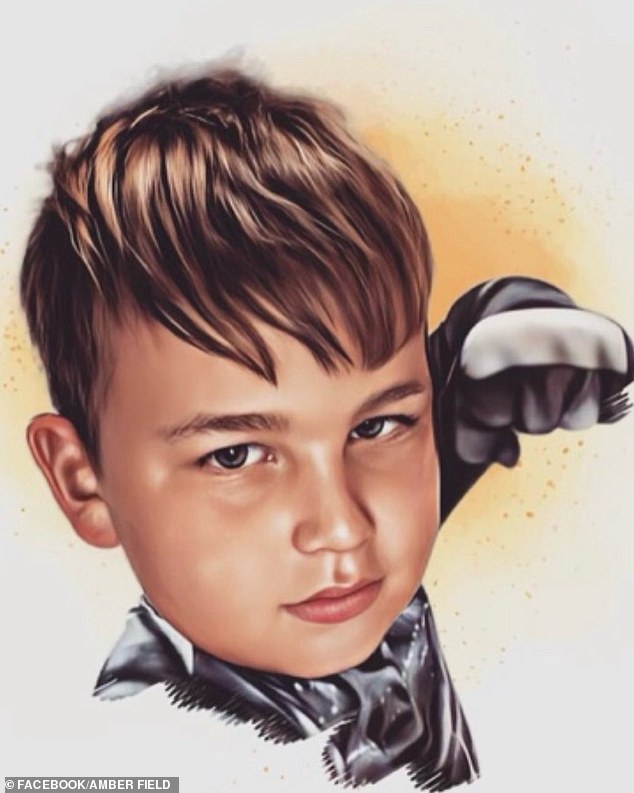 His family spent days praying for a miracle, despite doctors warning them very early on that it was likely leukaemia 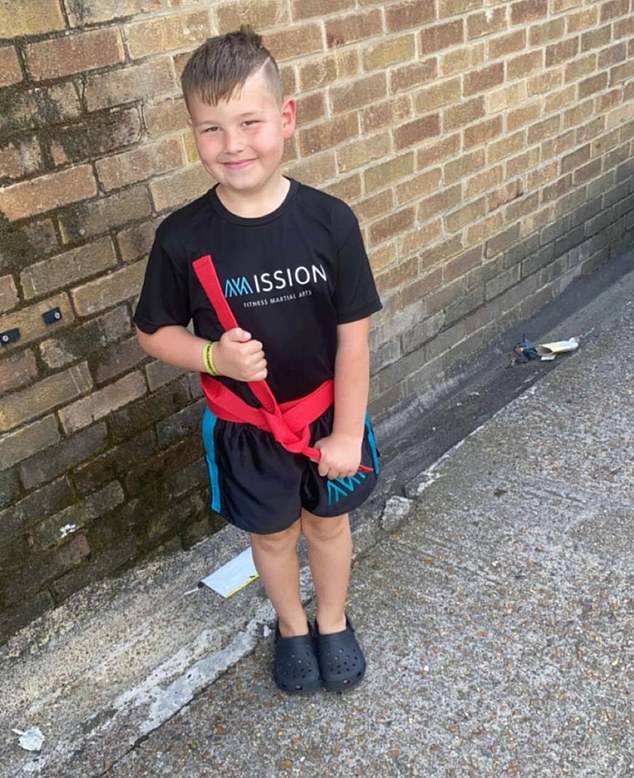 Local law stipulates that if there’s a heartbeat, the life support machine cannot be turned off

The legal loopholes have been described as cruel and evil, and unfair on both Ace and his family.

When he initially fell ill, his family put it down to the heat, but by Tuesday evening a blood rash had started spreading through his body.

He was rushed to the children’s ward where tests revealed he had seriously low white cells, red cells and platelets.

His family spent days praying for a miracle, despite doctors warning them very early on that it was likely leukaemia. They desperately donated platelets, hoping it would boost his chances of improving.

But after the seizure, his family learned he was ‘not showing any brain activity at all’.

Little Ace will be remembered by loved ones for his cheeky personality.

‘He was just the funniest little dude. That’s what we call him, little dude. He’s so cheeky, has so much attitude. He really just knew his own mind.

‘And he was loved. Really, really loved.’ 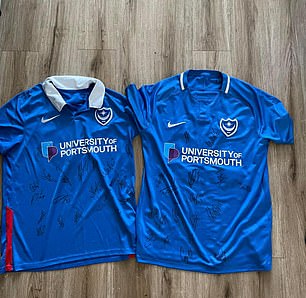 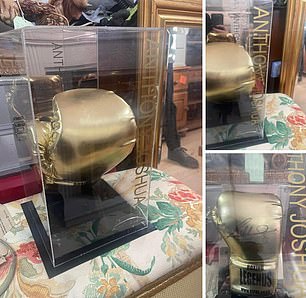 Locals have donated prized possessions – from boxing gloves worn by Anthony Joshua to an England top signed by Michael Owen – while a public GoFundMe appeal has now topped £111,000

The family have been overwhelmed by the way their community back at home in Portsmouth has rallied for them.

As they’re in a foreign country doing everything they can to bring little Ace home, the local community has been holding fundraisers in the eight-year-old’s honour.

Locals have donated prized possessions – from boxing gloves worn by Anthony Joshua to an England top signed by Michael Owen – while a public GoFundMe appeal has now topped £111,000.

And his local football club will also hold a minute’s silence in his honour prior to their next game, relatives said.

Ms Wearn said: ‘The support has been so overwhelming. It’s made us proud to be part of the community. It’s been second to none.’

WHAT IS ACUTE MYELOID LEUKAEMIA?

Acute myeloid leukaemia (AML) is a type of blood cancer that starts in young white blood cells in the bone marrow.

AML affects around one in 200 men and one in 255 women in the UK at some point in their lives.

Approximately 19,500 new cases occur every year in the US. It is most often diagnosed in older people.

AML is usually treated via chemotherapy. A bone marrow or stem cell transplant may be required.