EXCLUSIVE: Realtor reveals that James Corden IS selling his $9.7m LA mansion but it will be a private sale – as Million Dollar Listing LA star is seen at the TV’s host’s home: Comedian ‘wants to return to UK’ after being blasted for abusing Balthazar servers

James Cordon is planning to sell his $9.7 million LA home after he was blasted for abusing restaurant staff.

Harris, 38, told DailyMail.com that he was there for a social visit and explained that his wife Valeria is close friends with Corden’s producer wife Julia, 46.

He also said he was not there to list or appraise the house, with a second source telling DailyMail.com: ‘There really is nothing in it. It was just a social thing.’

But Drake sang from a different hymn sheet – and confirmed that the property is indeed up for sale. 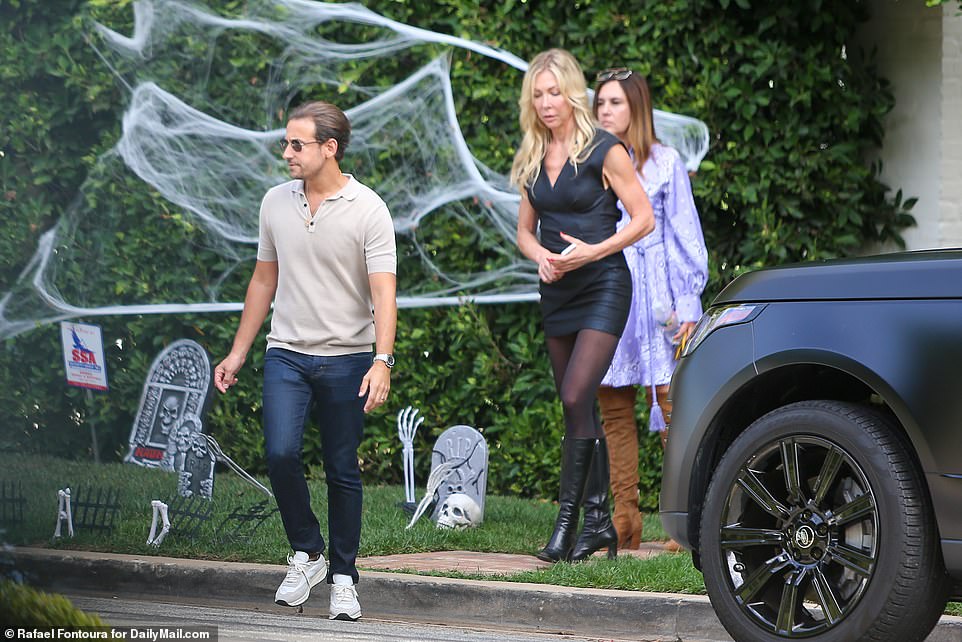 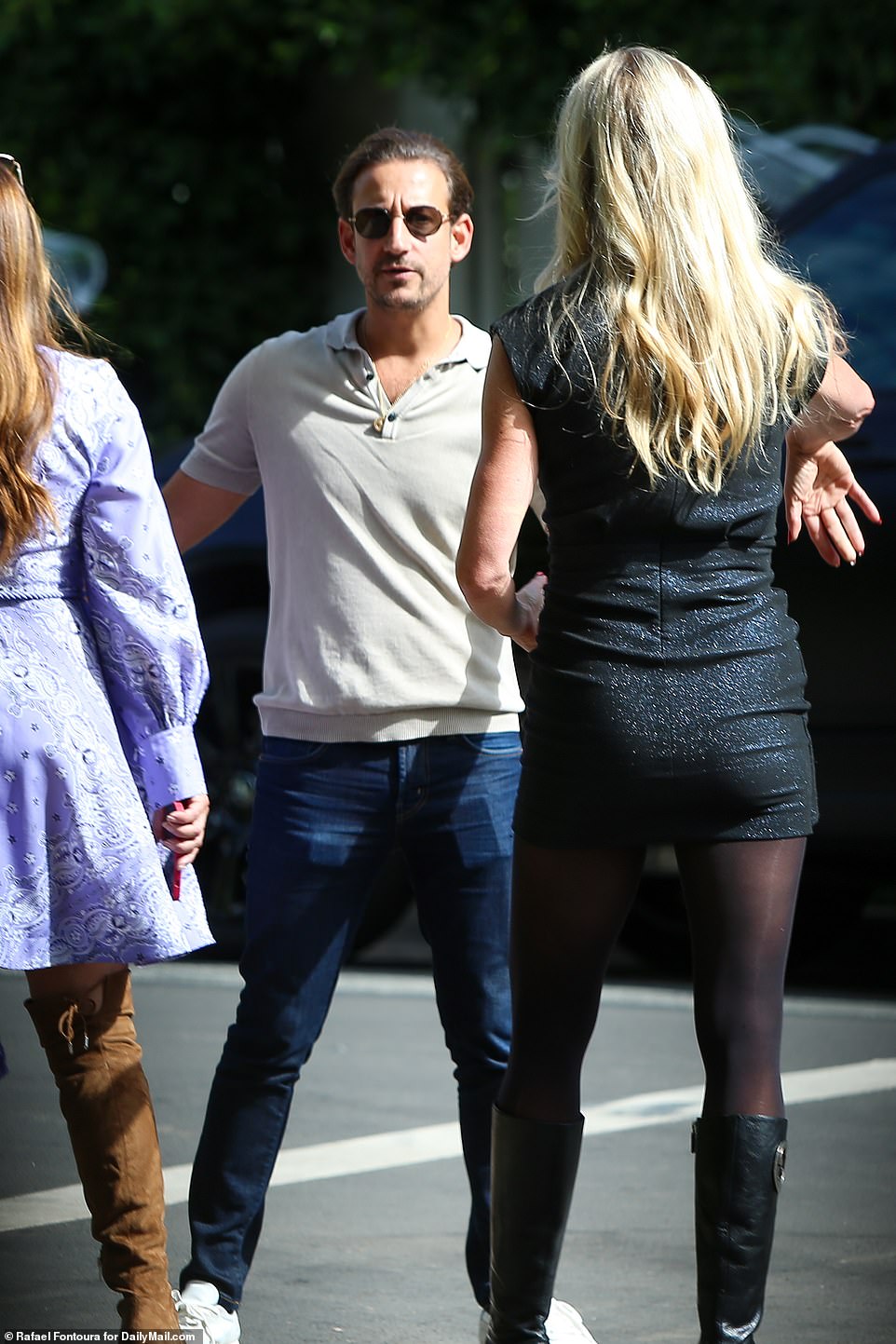 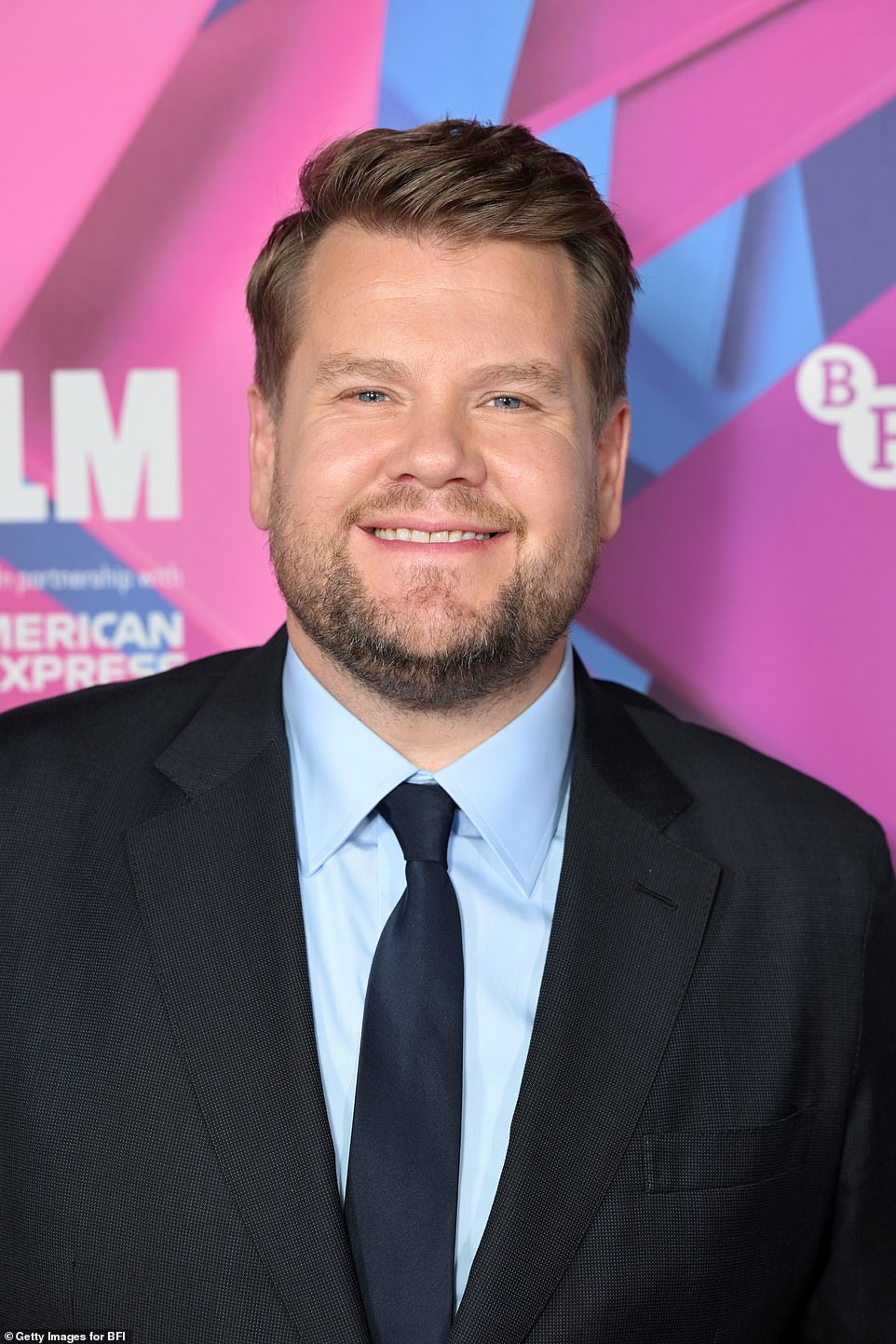 Corden’s visitors signal that the U.K. native is ready to head home after his time with The Late Late Show comes to a close in the spring 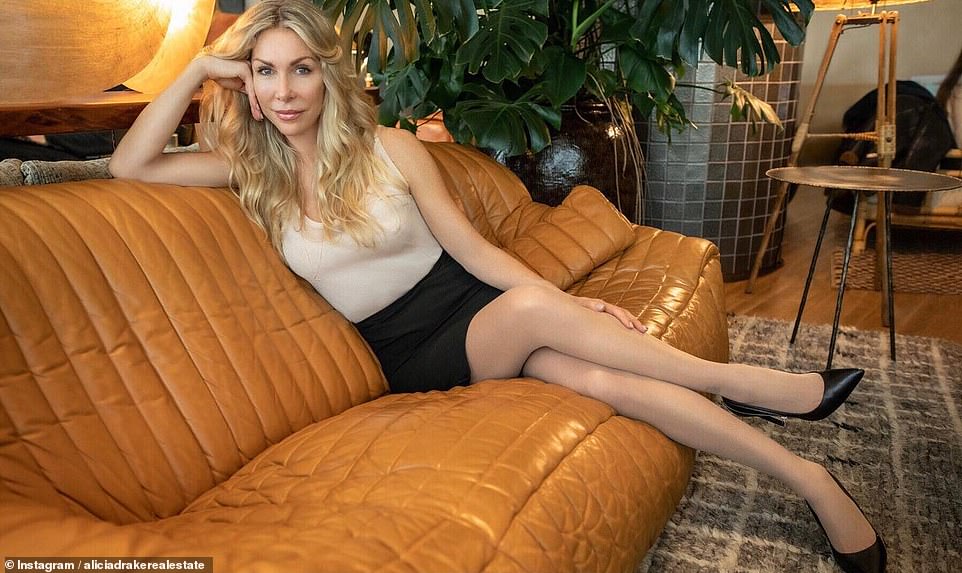 Realtor Alicia Drake, pictured, confirmed Corden’s property is up for sale. She said: ‘It won’t be listed – it’s a private sale.’

Friends of Corden, 44, have previously spoken of his wish to return to his native Britain ‘to be closer to family’ while Ben Turner, the co-founder of his production company Fulwell 73, told Variety he is ‘really excited to get James back in the UK’ in an interview in July.

Corden is due to finish filming his final series of the Late Late Show in the spring, with Turner telling the magazine: ‘[Corden] has just got so many strings to his bow, and ‘Late’ is a big commitment that’s taken up so much of his time.

‘We’re just really excited about having him back in the UK., and all the stuff that that entails, but it is a big moment for us.’

Corden purchased his $9.7m five-bedroom Brentwood home in 2017 after moving to the property from a rented mansion in Pacific Palisades.

The lavish property sprawls across 8,600sqft and comes complete with seven bathrooms, a wood-paneled library, a media room and a private gym. 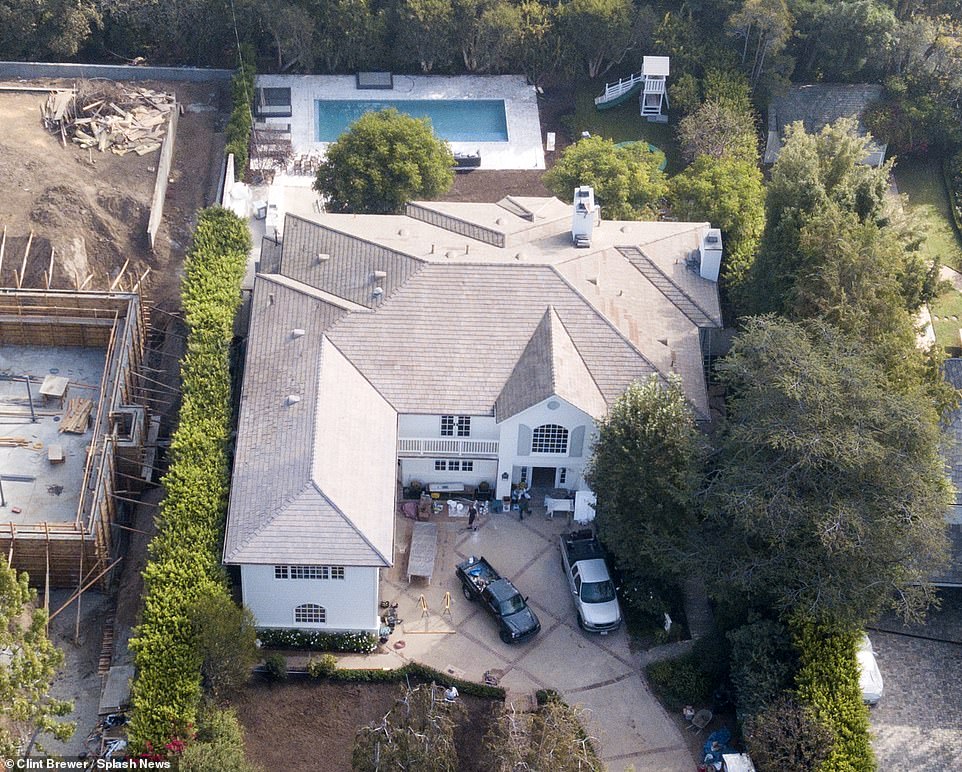 The Cordens have lived in their $10 million Los Angeles home for less than five years. The family moved in December 2017 after an extensive renovation period 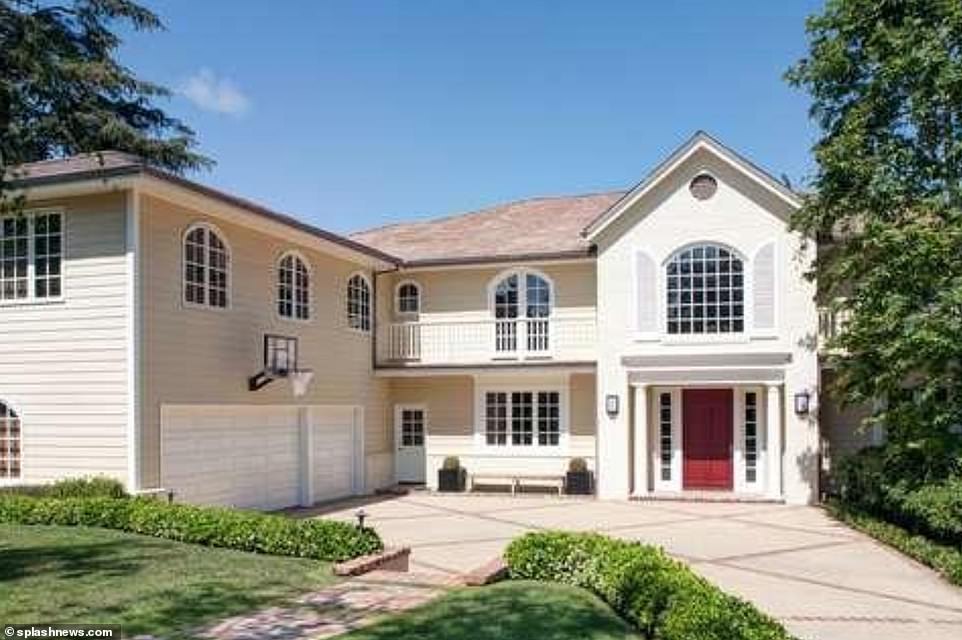 James Corden and wife Julia officially moved into this Brentwood home in December 2017 after purchasing the property for $9.7 million 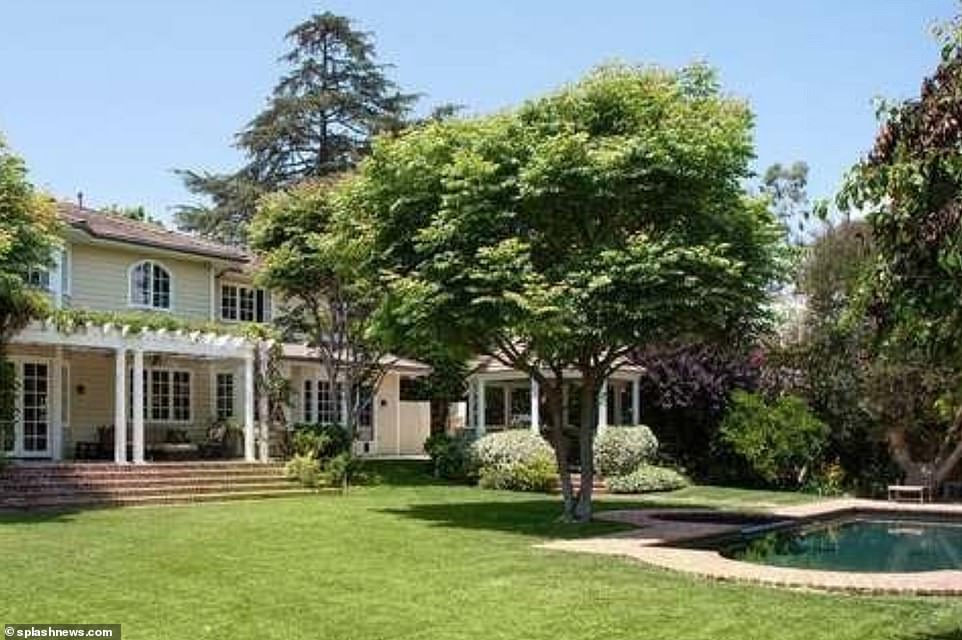 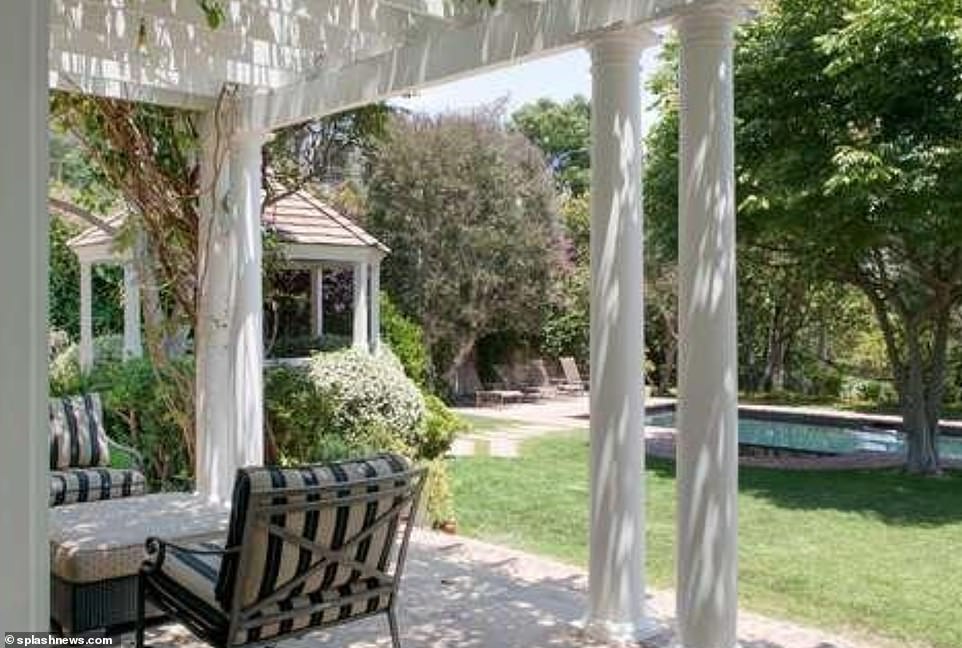 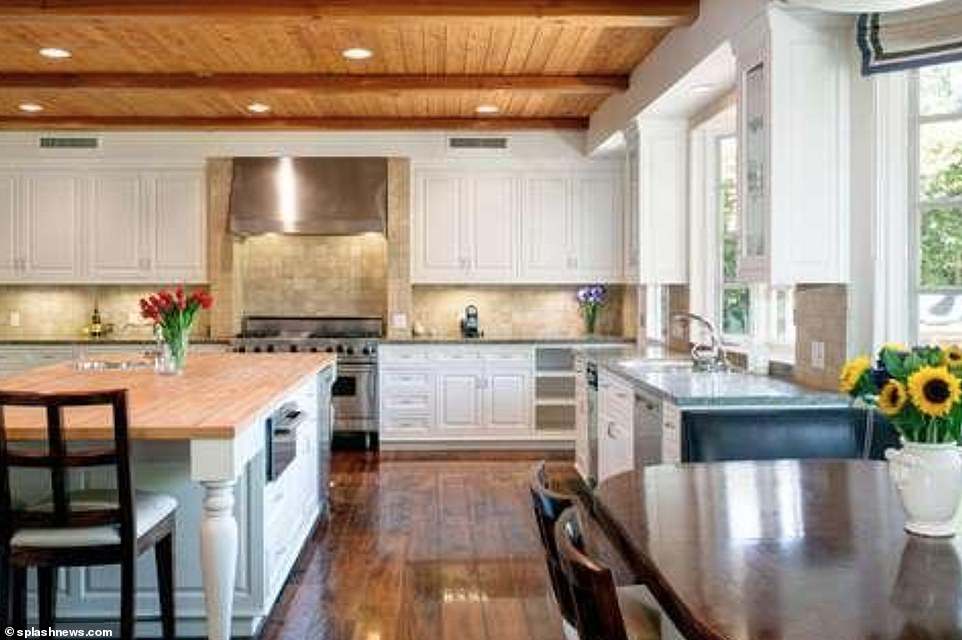 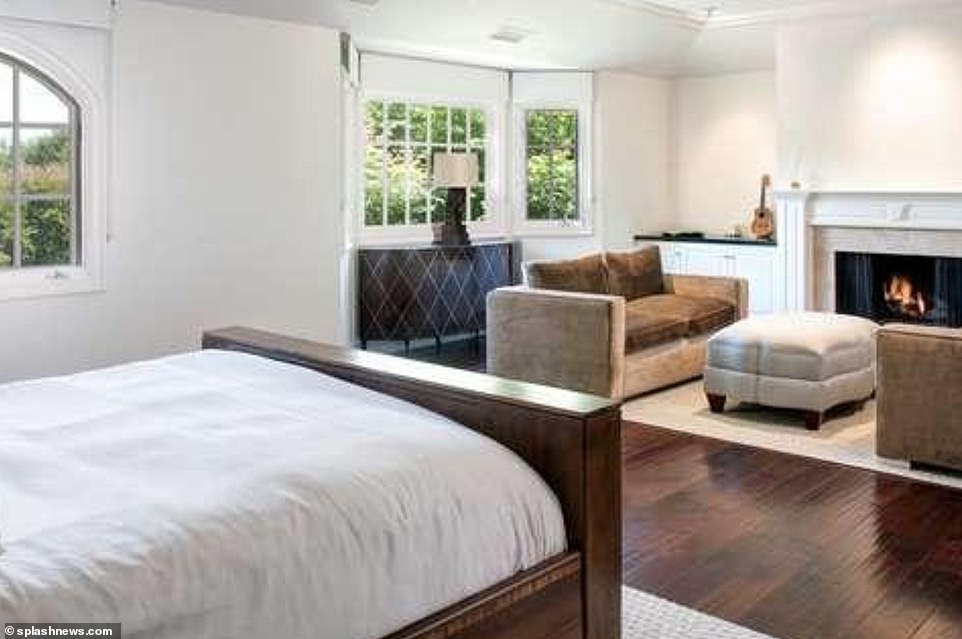 One of the bedrooms had a massive floorplan that allowed for additional couches. The room also featured its own fireplace 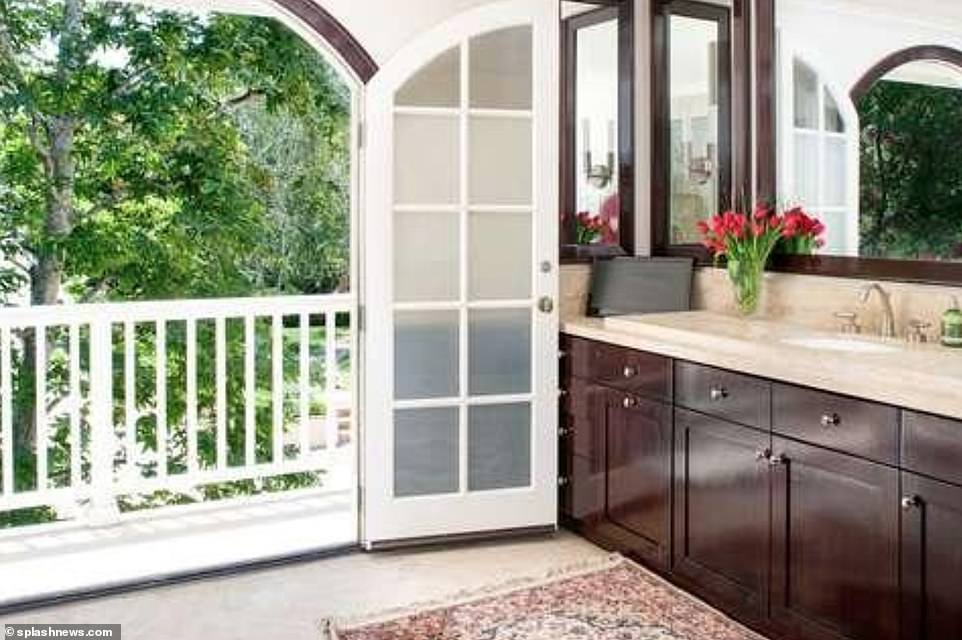 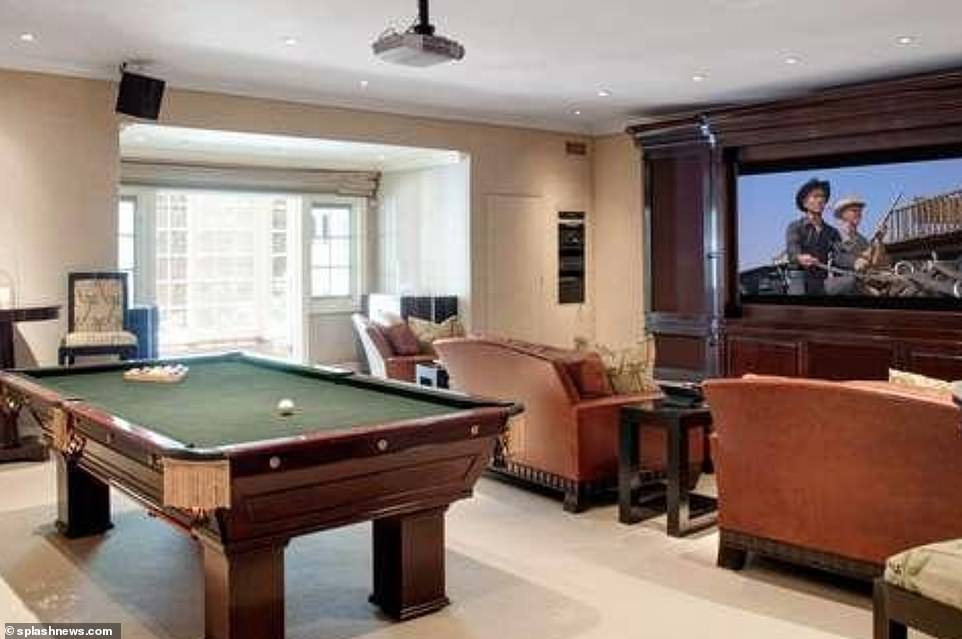 Harris, who is also British, has plenty of experience in selling high value properties. In 2019, he and David Parnes handled the sale of Petra Ecclestone’s former home – dubbed The Manor – for $120m.

The vast property, which was built by producer Aaron Spelling, became the sixth most expensive home ever sold in LA County when the deal went through.

Harris and Parnes also dealt with the sale of a huge apartment that once belonged to Cher the same year and have racked up over $3bn in property sales since 2017.

Corden’s home is relatively small by Harris and Parnes’ standards but the Brentwood property is similar to other homes sold by the British realtors.

Harris’ visit came as the comedian’s reputation took a hit, after he was dubbed ‘a tiny cretin of a man’ by Keith McNally – the British owner of upscale New York restaurant Balthazar.

In a series of scathing social media posts on Monday, McNally claimed the comedian berated servers on two separate occasions and said he planned to ‘86’ – ban – Corden from his restaurant. 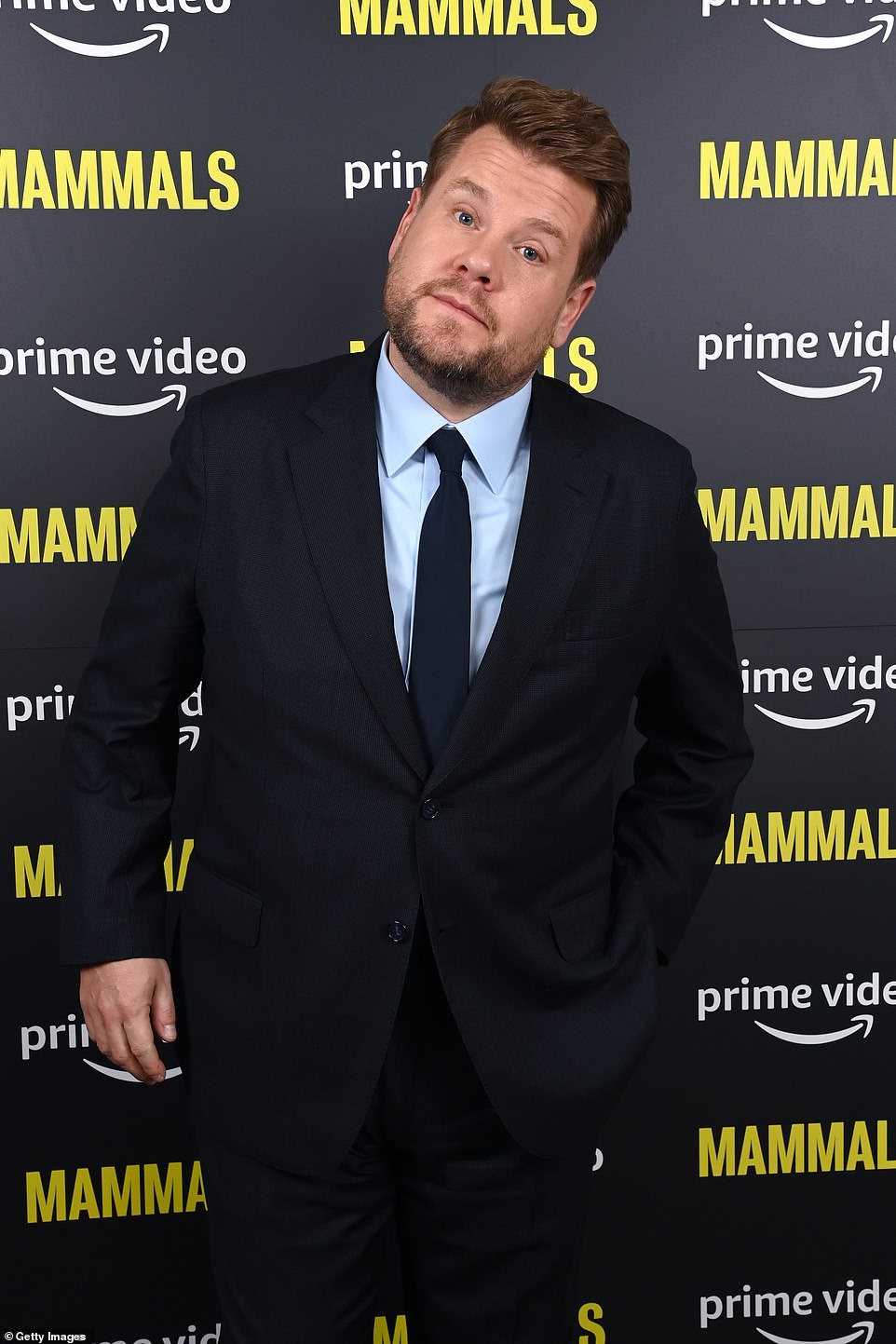 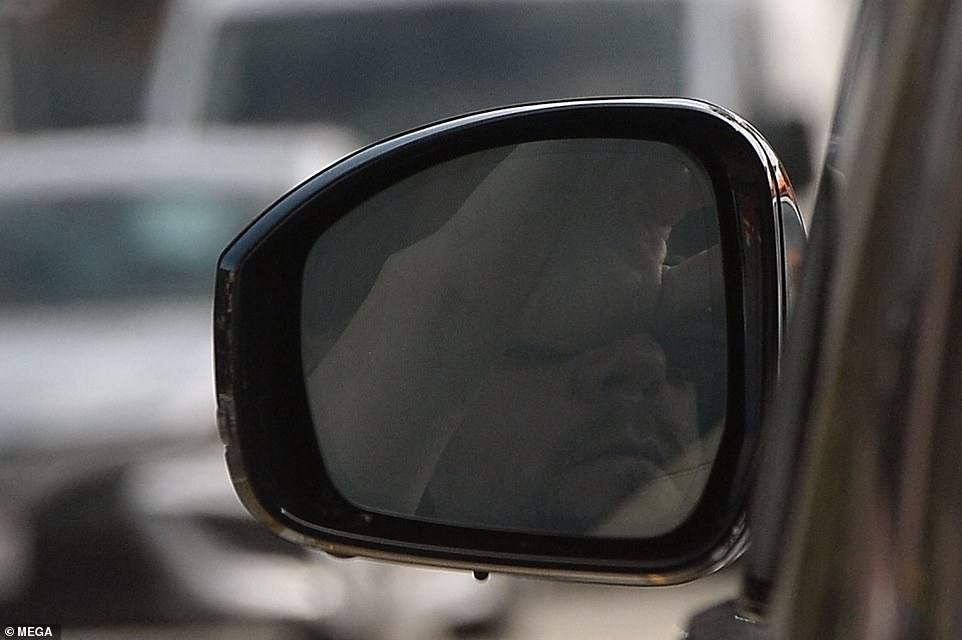 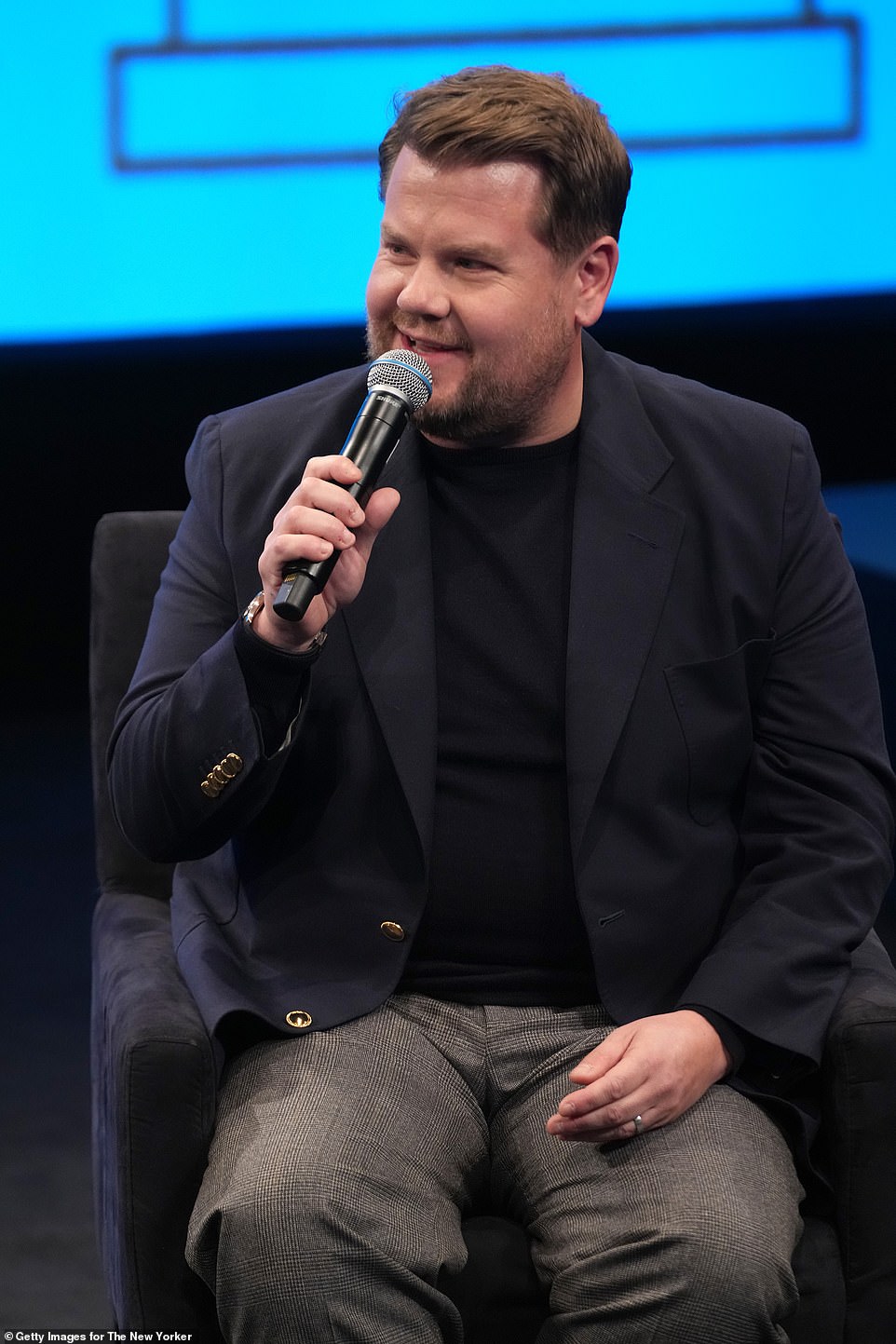 After the news about Corden’s behavior broke in the press, McNally said that the TV host called him personally to apologize for his actions

According to McNally, one of Corden’s rants came after he found a hair in his meal leading him to demand free rounds of drinks and threaten to post nasty reviews on Yelp.

On the second occasion, Corden blew up when his wife Julia, 46, was served an egg yolk omelet that also contained a trace of egg white.

Corden then phoned McNally to apologize for his behavior but reignited the row via an interview with the New York Times published Friday in which he said the drama was ‘beneath me’ and denied doing anything wrong.

He also complained about the backlash, telling the newspaper: ‘I feel so Zen about the whole thing.

Comparing the media response to his bad behavior to a school principal helping classroom bullies, he added:

‘The principal makes the decision to stand up and say, ‘I’d like all of those bullies to come up onto the stage and say, into the microphone, what they’ve just been saying in the hallway over there.’

The interview then sparked a response from McNally who demanded Corden apologize to the servers he abused.

In an Instagram post made on Friday, he said: ‘I have no wish to kick a man when he’s down, but I believe the best way for James Corden to retrieve some of the vast respect the public had for him before this incident is to own up to it and apologize to the young servers he abused.’

He added: ‘Whatever Corden meant, his implication was clear: he didn’t do it.’

The restauranteur concluded his outburst, by saying if Corden ‘apologizes to the 2 servers he insulted, I’ll let him eat free at Balthazar for the next 10 years.’