AN Extinction Rebellion protester today sparked more fury by calling Remembrance Day a "little ritual" after he hijacked the Cenotaph.

British Army veteran Donald Bell, 64, who led the eco-warrior protest yesterday, has now claimed the historic service is a "sign of disrespect". 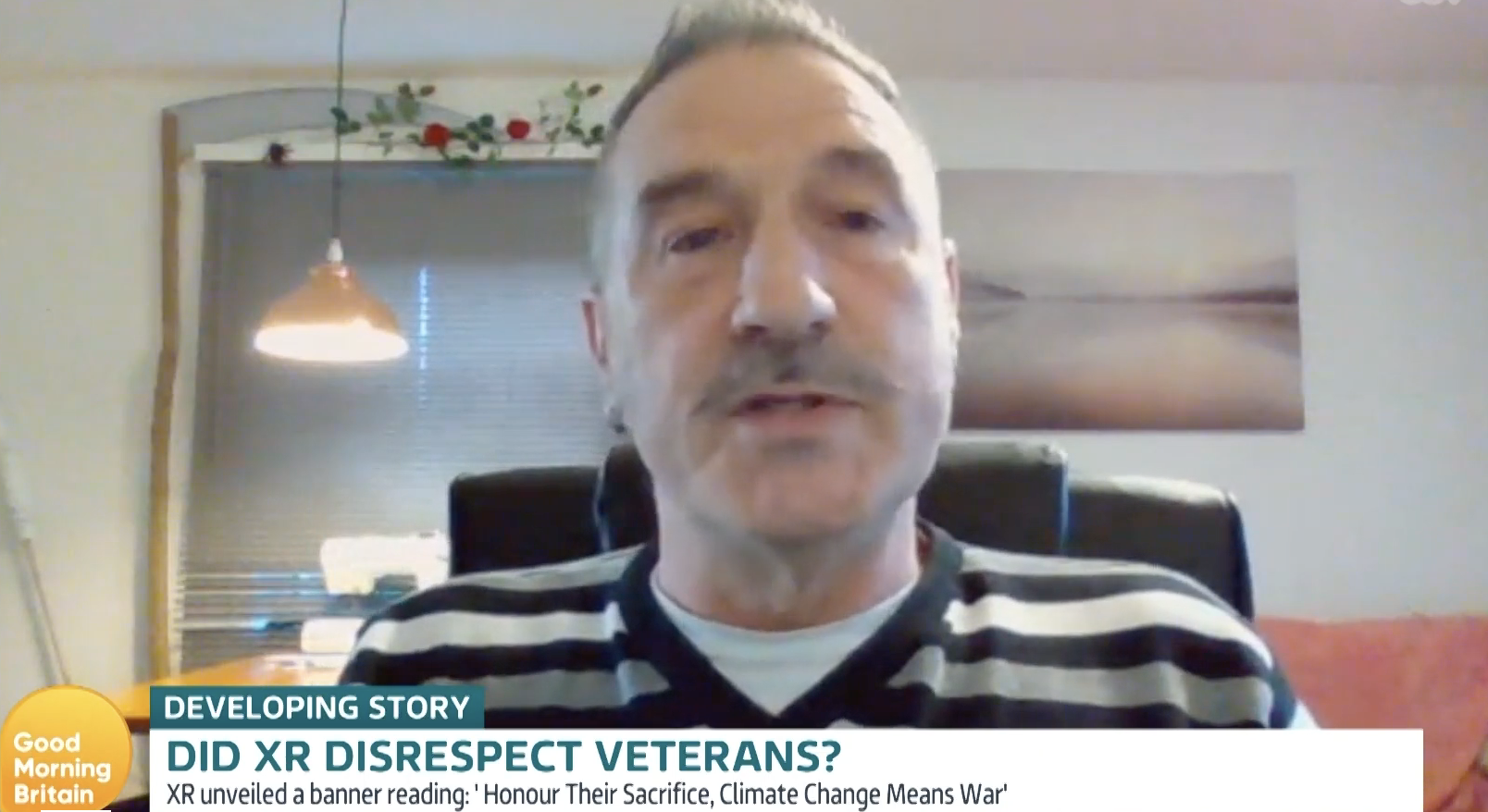 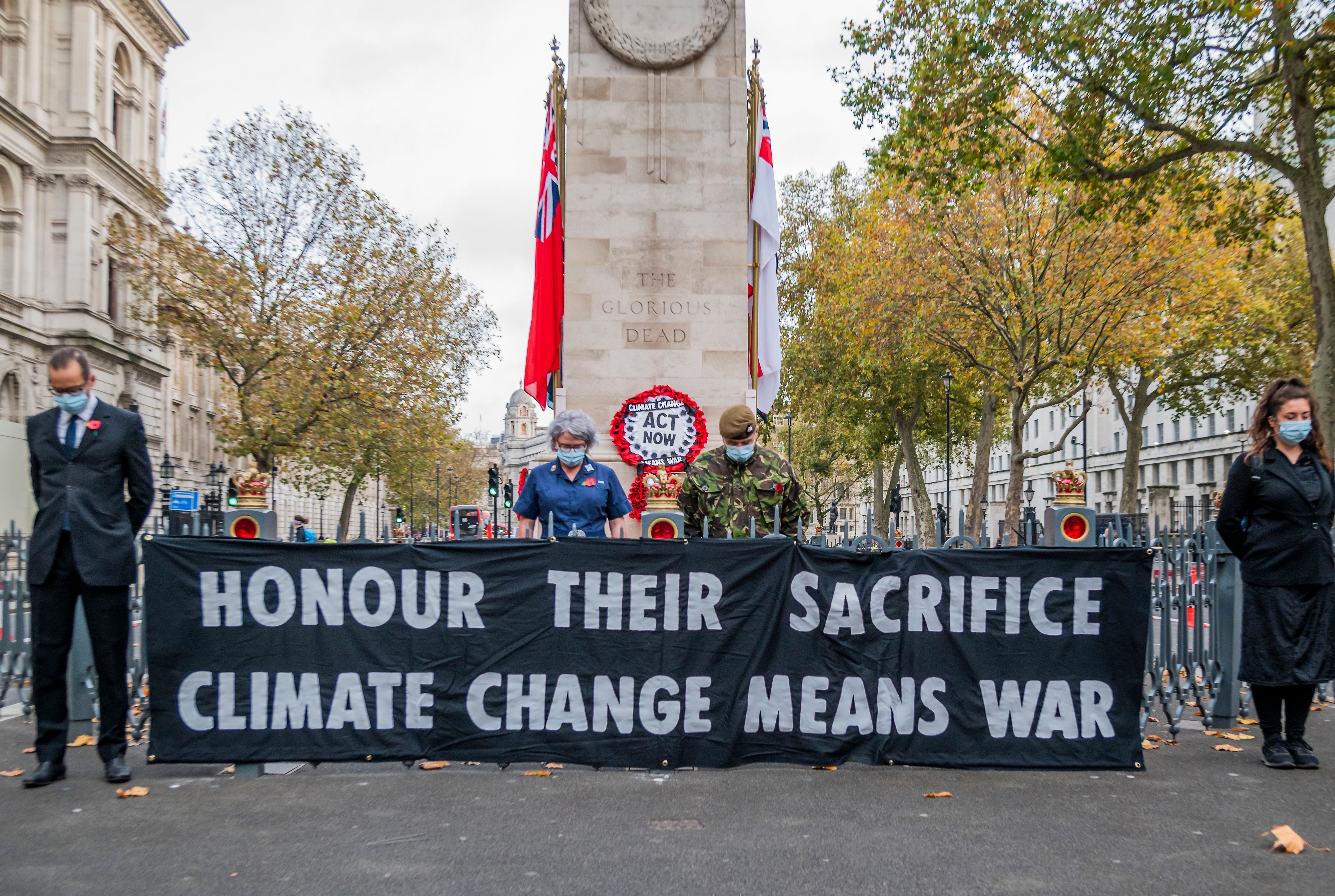 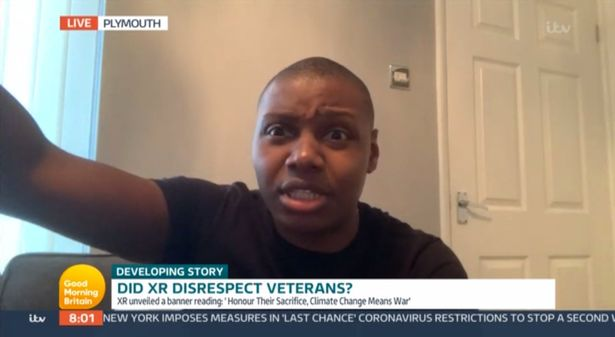 Mr Bell, who led the climate change protest at the Cenotaph, told GMB: "Those soldiers gave their lives, the ultimate sacrifice, for our futures so that we could live in peace.

"And when we have a Government that's ignoring this climate emergency that we're in, their inaction is a crime.

"When they turn up there every year for their little ritual, that is a sign of disrespect as far as I'm concerned."

But his comments were met with outrage from ex-Royal Marine Ben McBean, who fought in Afghanistan, as he raised his hand to his face and shook his head as Mr Bell spoke.

Mr McBean, a double amputee, said: "There are 365 days in a year, and there are plenty of days that you could have done this on.

"There are two days when you don't do this kind of c**p.

"One day is Christmas, and one day is Remembrance Day.

"You've made yourself look like a bit of a fool.

"You tiptoeing across all those poppies with your big feet putting up that wreath, that's not a show of respect.

"You're not saving the world.

"Extinction Rebellion is going to be extinct in five minutes if you carry on this way because there will be no supporters left."

Boris Johnson blasted the protesters who hijacked the Cenotaph yesterday as "profoundly disrespectful."

The PM's official spokesman said: "The Cenotaph is memorial to those who fought and died to preserve all our freedoms.

"Today of all days, when we join together to pay tribute to our war dead, this action was profoundly disrespectful."

The eco-warriors held up a banner which read "Honour Their Sacrifice, Climate Change Means War" and placed it next to the iconic memorial in central London.

They also laid a wreath of poppies with the message "Act Now" written on it at 8am on Remembrance Day.

Their protest also sparked fury among the British public, with people branding the eco-warriors "scum".

The war hero told The Sun: "Today of all days? It is the 11th of the 11th. It is Remembrance Day. They are really disrespecting our fallen.

"If we hadn't sacrificed our lives they would not be able to go and protest today. They should remember that."

It came as homes across the UK fell silent in remembrance of the nation's war dead on Armistice Day with the pandemic limiting public commemorations.

Millions of people were told to pause on their doorstops and not to gather at the Cenotaph – but the brazen eco-warriors ignored the pleas. 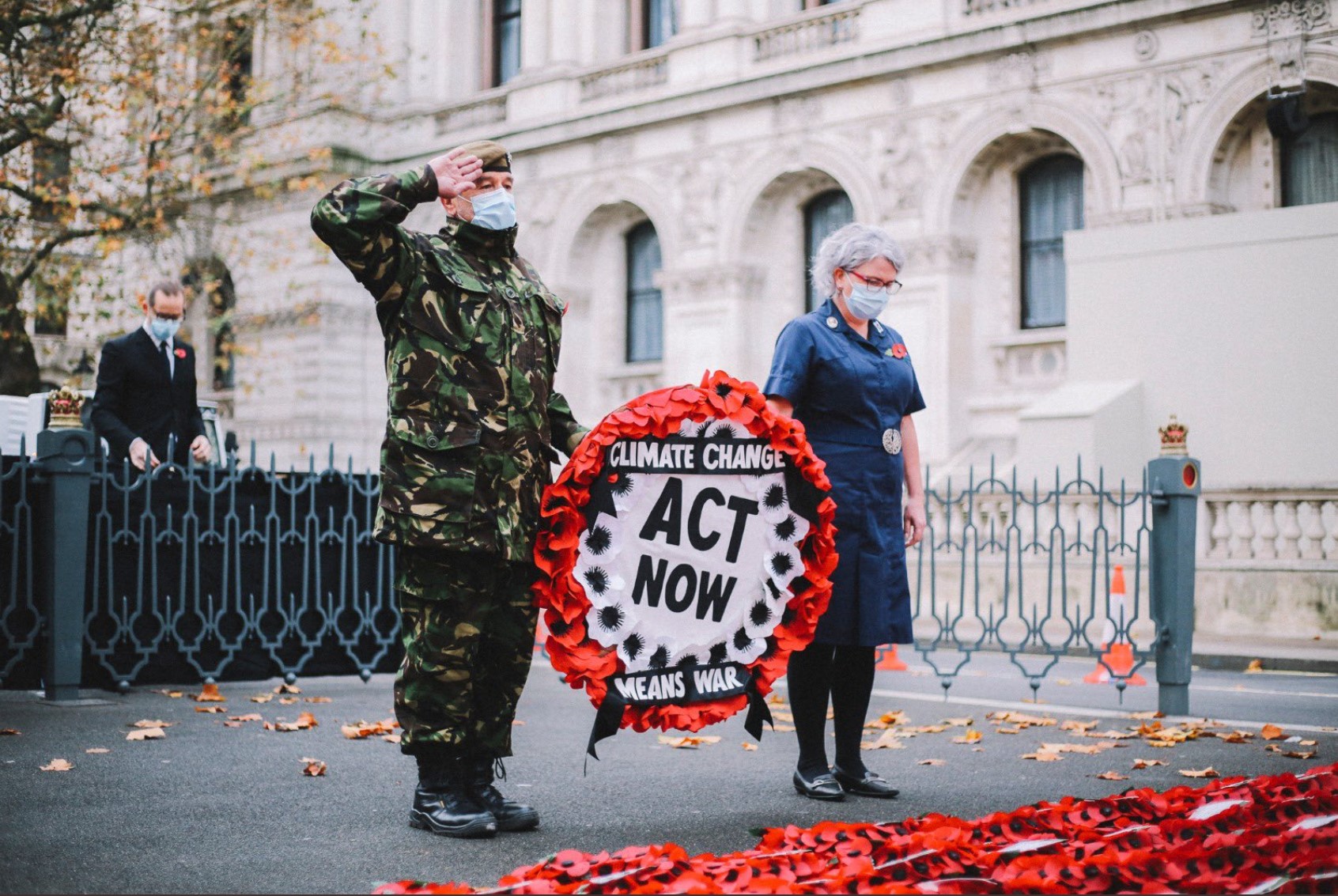 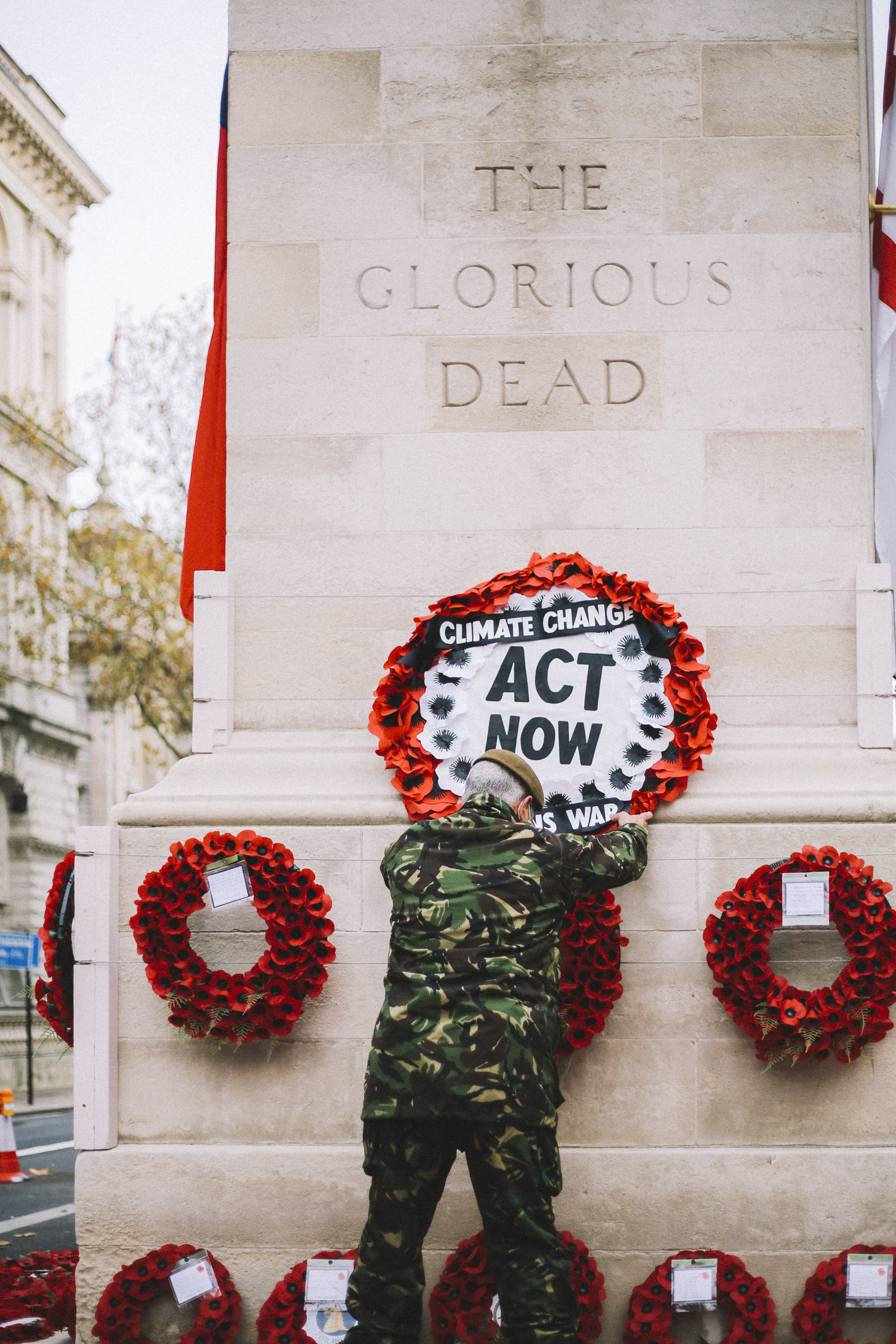 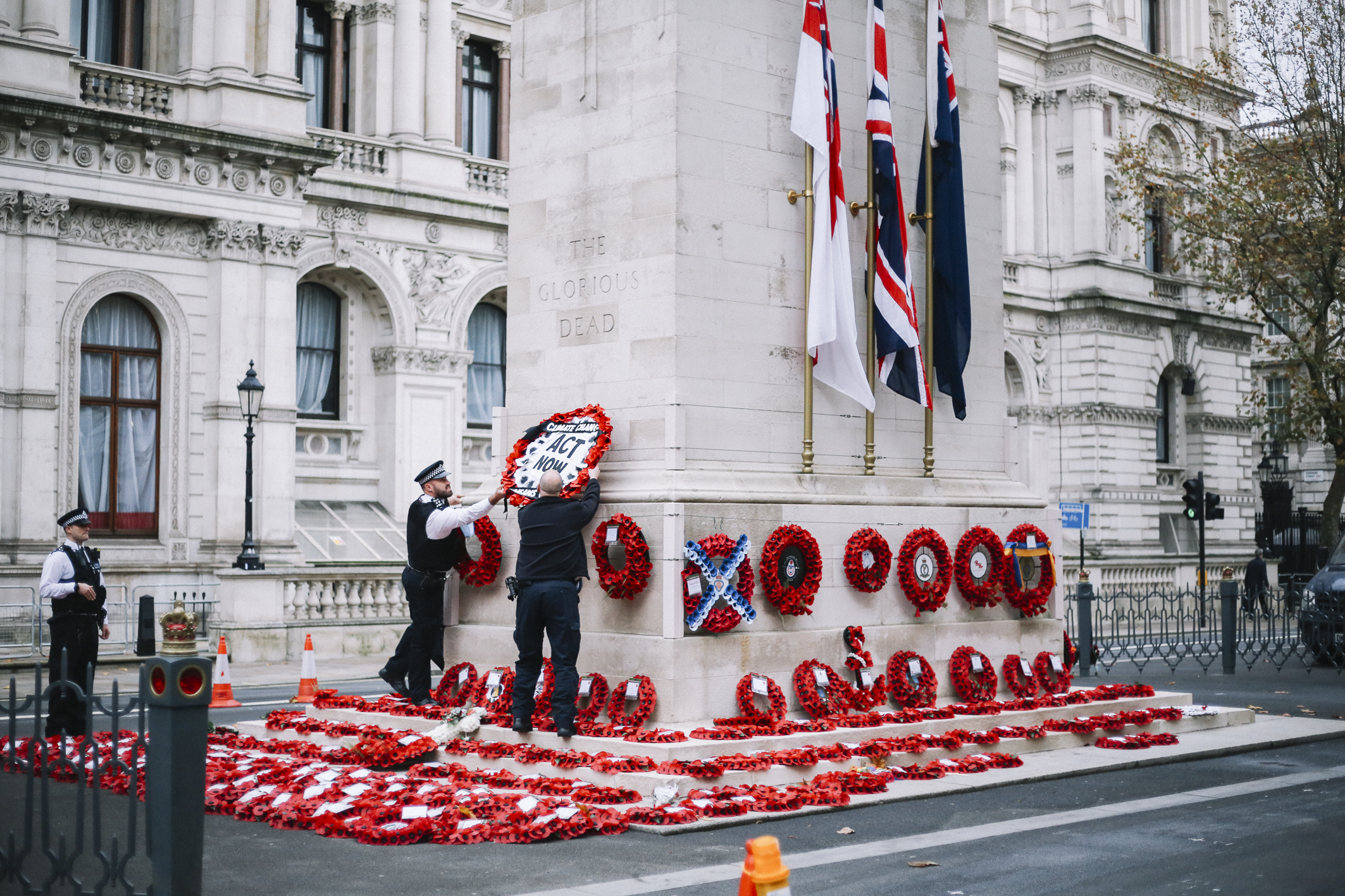 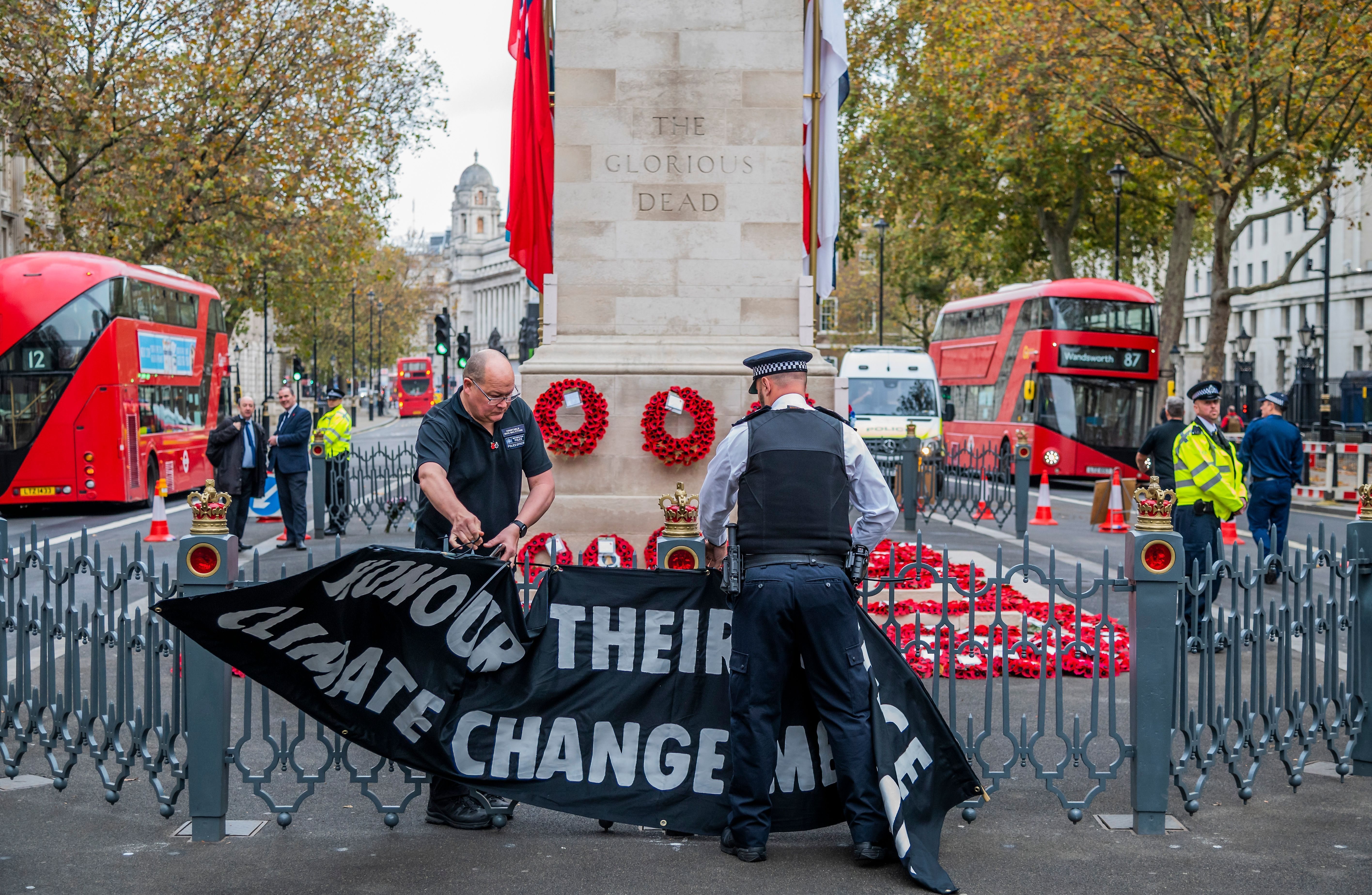 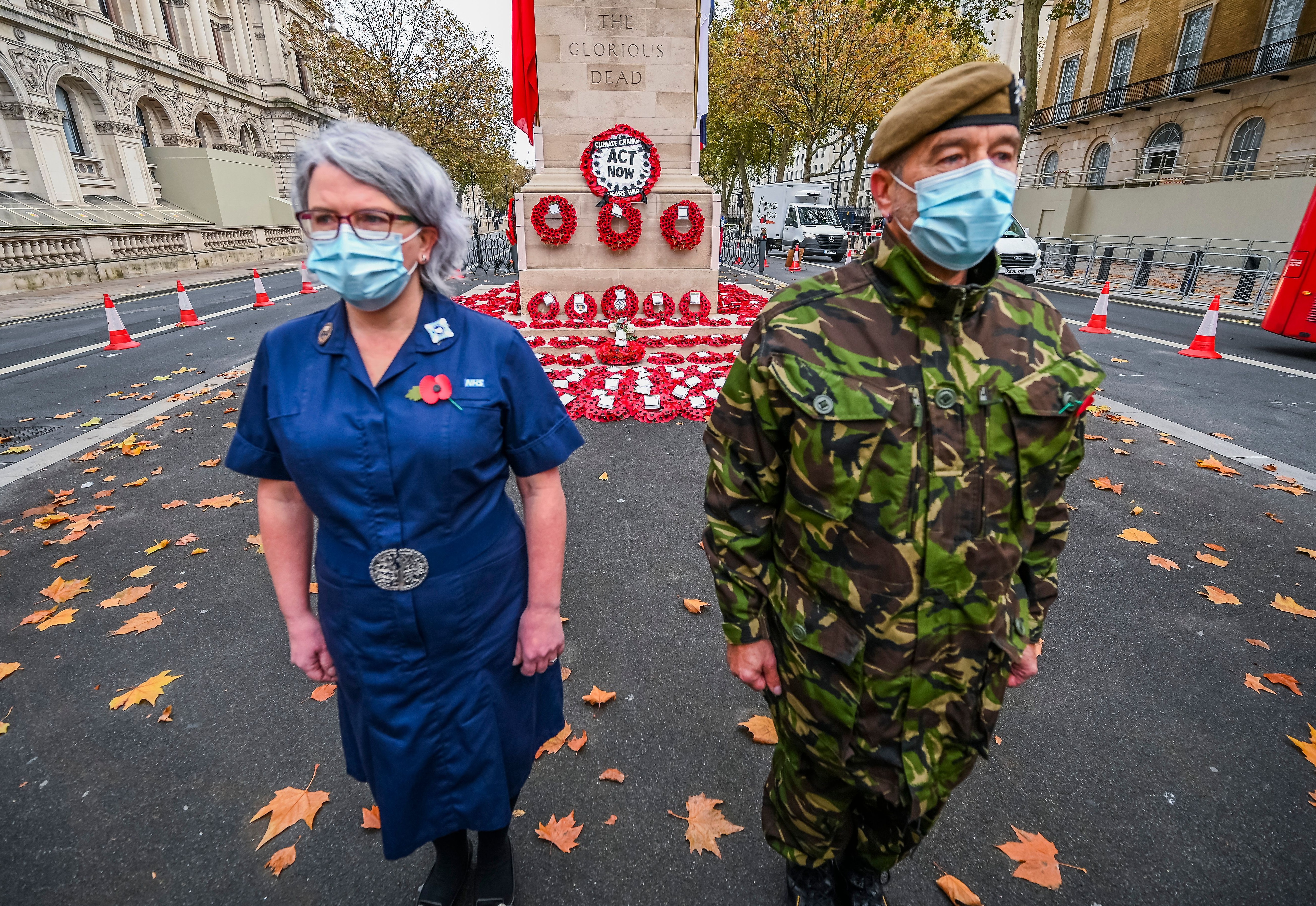