FAMILES have stopped putting presents under their Christmas trees out of fear Scrooge burglars will swipe them amid a spate of midnight break-ins.

Homeowners living on the outskirts of Coventry, West Midlands, have been repeatedly targeted by thieves out to dampen the festive spirit – with one street suffering six burglaries in just one week. 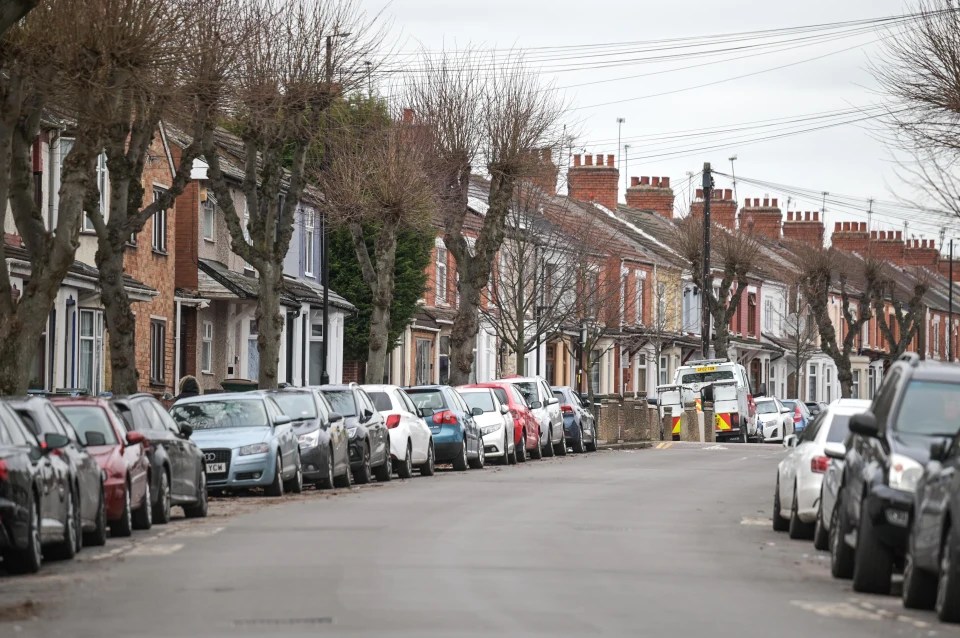 Postie John Kane – who delivers to 920 addresses – told today how some locals are too terrified to leave their homes while others are doing team nightly patrols in a bid to stop the unwelcome guests.

Police are investigating the alarming wave of crime in the neighbourhood which ranges from nicked cars and vans to swiped TV’s, laptops, mobiles, jewellery, tools and cash.

One thirsty burglar even stole two crates of fizzy pop.

Royal Mail worker John, 55, told The Sun Online while out on his rounds: “It’s put a real damper on Christmas.

“Seven cars have been stolen from the street in the past few weeks and there have been quite a few aggravated burglaries. It’s awful and I feel sorry for the residents. One woman who was burgled is too petrified now to leave her home.

“Some are staying up all night to guard the presents they’ve bought and others daren’t put them on display around the Christmas tree. They’re worried the thieves will break in and take them.”

One street – Churchill Avenue in Foleshill – has been struck by at least six reported break-ins in the last week, with single burglaries in neighbouring Eld Road and Victory Road.

Tree-lined Churchill Avenue is full of colourful Victorian terraced homes – but there was little sign of a festive sparkle when The Sun Online visited with curtains and blinds drawn closed across front lounge windows and no tinselled and baubled Christmas trees on show.

It appears the Grinch gang of burglars has been creeping through the alleys and sneaking across back gardens to force entry in.

Flotina Mica told her her and her husband’s Audi car was stolen from outside their home on Monday last week.

The Romanian mum-of-five, 34, who has a month-old newborn baby, said: “They broke onto out house at 5am and took our car keys, driving licence and passports. Then they took the car.

“We didn’t realise what had happened till we woke up. It was very scary and an invasion into our home. We’re OK but shaken up. Police found that car dumped on Monday.

“It’s a horrible thing to happen before Christmas. It should be a time for celebration not panic and fear.”

Some are staying up all night to guard the presents they’ve bought and others daren’t put them on display around the Christmas tree. They’re worried the thieves will break in and take them

One of the worst hit families had two vehicles stolen plus a haul of jewellery, cash, computers, phone. sat nav and tools.

The distraught householder, a furniture fitter and dad-of-two who declined to be named while the police investigation is ongoing, told how his 18-year-old son’s Corsa car stolen with his own Mercedes Sprinter van had been crashed by the thief.

“The thieves were pretty desperate, they even took two 24-pack crates of 7 Up  and Pepsi Max," the 42-year-old added.

Just a few doors down a woman, who was too fearful to be identified, told how burglars had nicked her TV.

Speaking from her top open window she said: “The doors were locked and I didn’t hear a thing when they broke in. There’s no damage so they must have picked the lock professionally. It makes me really nervous and what a cheek just before Christmas.

"We’ve hidden all the presents from view in case they come back again.”

Shopkeeper Mehmood Nassar said he was shocked by the sudden spate in burglaries in the “normally safe and peaceful street.”

The 50-year-old, who has run Victory Stores for 15 years, added: “Some of my customers have been victims. I’m sorry for them. A few people are too frightened to come out now.

"I’m telling them all to be careful and not to leave presents out.

"I installed CCTV in the shop last week. I felt the need to do so after all these years as it doesn’t feel so safe now."

One worried local has resorted to doing his own “active patrols” in the area.

He told CoventryLive: “My family is frightened to stay in their home as it was burgled whilst they slept and they are now considering moving after more than 30 years.”

The man said the community were like “sitting ducks” and slammed police for failing to tackle the spiralling  problem.

West Midlands Police confirmed officers attended the area following reports of burglaries at different homes in Foleshill  over a week.

Sergeant Asa Morris, from the Foleshill Neighbourhood Police Team assured the public police patrols had been stepped up.

He said: “We know these offences are worrying for the community.

“They are being treated as linked and we can confirm six cars have been stolen during these burglaries.

“We are looking into every investigative opportunity available and our neighbourhood officers are carrying out reassurance patrols in the area.

“We are asking anyone who may have seen anything suspicious to get in touch if they haven’t already.”