‘We are broken’: Devastated family of schoolboy, 12, who died after a garage wall collapsed say the ‘well-loved’ youngster will be ‘missed by so many’

The family of a 12-year-old who was crushed to death when a garage wall collapsed at his home have said they are ‘broken’ by his loss, as tributes to the ‘well-loved’ boy flood in.

Scott-Swaley Daniel Stevens is believed to have been helping his father Scott Stevens with a DIY job at their detached house when the brick wall crashed down on Friday, just before 7pm.

The schoolboy was pulled from the rubble, but later declared dead at the scene after paramedics tried in vain to revive him at his home in St John’s Road, Clacton, Essex. 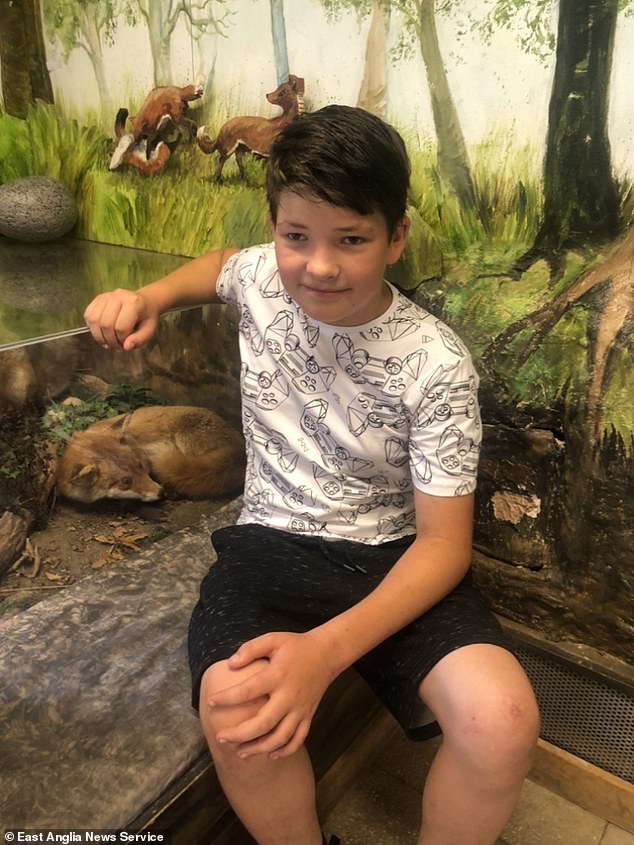 The family of 12-year-old Scott-Swaley Daniel Stevens, who was crushed to death when a garage wall collapsed at his home, have said they are ‘broken’ by his loss

A man aged in his 30s – believed to be Scott-Swaley’s father – was also rescued and treated for an arm injury after the tragic accident, which is not being treated as suspicious.

A statement released through Essex Police by Mr Stevens and Scott-Swaley’s mother, Charmaine Lee, said: ‘After a tragic accident, our son Scott-Swaley has sadly passed away.

‘As a family, we cannot explain the hurt we feel and we are broken.

‘Our Swaley was a well-loved boy who had friends not only in Clacton, but also in Dartford and Wickford and will be missed by so many.

‘We appreciate and would like to say thank you for all of the kind tributes to our boy.’ 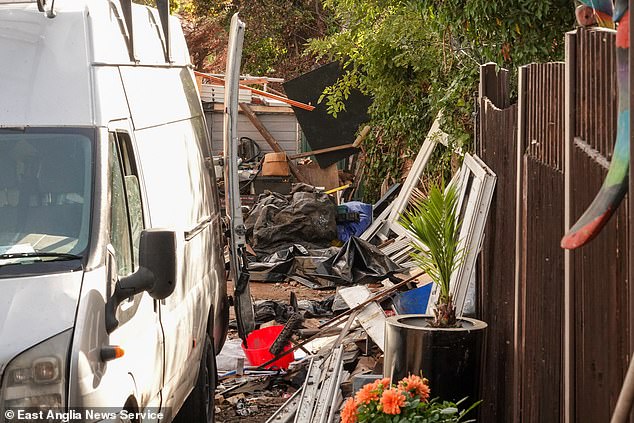 Scott-Swaley’s parents are thought to have moved into the house, which is next door to Clacton fire station, two years ago after buying it for £185,000.

A friend of the family said at the scene: ‘It is just an awful tragedy.’

A relative posted on Facebook: ‘Another young boy gone to soon, thinking of you & all the family. Such a horrible world we live in.’

‘We’re continuing our enquiries to establish the facts leading to the wall collapse.

‘If anyone has information that can help us, or anyone who was in St John’s Road just before 7pm last night and saw anything that could help our investigation, should call us.’

Essex Police said they were initially called to the scene by ‘colleagues in the fire service’.

The statement added that the boy’s death was being treated as non-suspicious and that a file is to be prepared for the coroner.’ 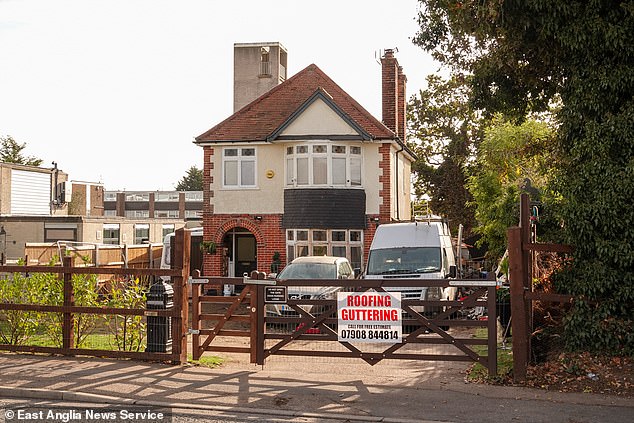 Scott-Swaley’s parents are thought to have moved into the house, which is next door to Clacton fire station, two years ago after buying it for £185,000

The house which the garage was attached to has been declared safe.

Three crews of firefighters from Clacton, Weeley and Colchester as well as an urban search and rescue unit attended the incident.

A spokesperson for Essex Fire and Rescue Service said that crews were called after reports of two people trapped under a brick wall.

‘Firefighters worked to release both people, a man and a 12-year-old child, from under the bricks.

‘Although crews were able to release the man, the child sadly died at the scene.’

Station Manager Nick Singleton said: ‘This is a tragic incident and our thoughts are with everyone who knew the child as well as the wider Clacton community.

‘Our firefighters worked incredibly hard to save both casualties and this is never the outcome we want to see.

‘We will be offering further support to all of the firefighters who attended this difficult incident.’

Road closures were put in place following the tragedy on Friday night while emergency services dealt with the incident.

Police are appealing for any information from anyone with CCTV, dashcam or other footage.

Reports can be submitted on the force website or by using the online Live Chat service at www.essex.police.uk/digital101 or by calling 101, quoting incident 1121 of October 21.