Father-of-three, 29, plunges off ‘practically a sheer cliff’ in Wales

Father-of-three, 29, plunges 500 feet off ‘practically a sheer cliff’ after slipping while dashing after his dog Marshall and both SURVIVE

A dog walker who thought he was going to die as he plummeted down a 500-foot ‘sheer cliff’ has thanked the men who ran to his rescue.

Father-of-three Adam Phillips, 29, was looking over the edge of Pen Y Fan’s summit in the Brecon Beacons, Wales, when he slipped and fell – dragging his dog Marshall down with him.

After falling down ‘rough rugged terrain’ that would have taken an hour to walk and climb down safely, rescuers discovered both Mr Phillips and his dog had survived. 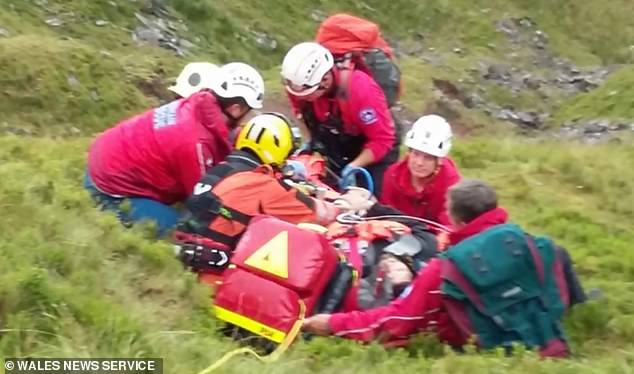 After falling down ‘rough rugged terrain’ that would have taken an hour to walk and climb down safely, rescuers discovered both Mr Phillips and his dog had survived

Lyndon Rees, a firefighter who had been climbing the mountain in full kit for a fundraiser, was among those who helped look after Mr Phillips before he was airlifted to hospital with cuts and broken bones.

Mr Rees said: ‘I didn’t expect it to be a rescue, I expected it to be a recovery, recovering a body not a rescue.

‘It’s an incredible fall. Very rocky, very tough rugged terrain and how he survived is phenomenal.

‘I think his guardian angels must have been watching over him that day for sure.

‘It’s practically a sheer cliff, and he’d fallen straight down.’

Brecon Mountain Rescue were able to attend the scene quickly due to a brand new off-road vehicle bought with donations.

Now, ‘remarkably lucky’ Mr Phillips has been met up with his saviours who he embraced with an emotional hug.

He said: ‘As I went further down and faster and started tumbling I thought I was going to die so I can’t thank them enough to be honest. 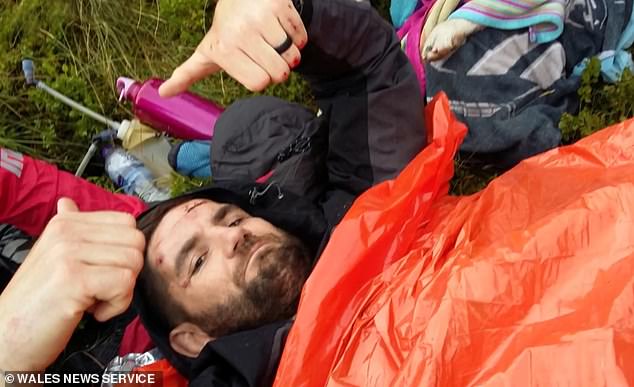 Despite falling off a ‘sheer cliff’ Mr Phillips was found conscious. Despite bruises and broken bones he was rescued quickly and airlifted to hospital 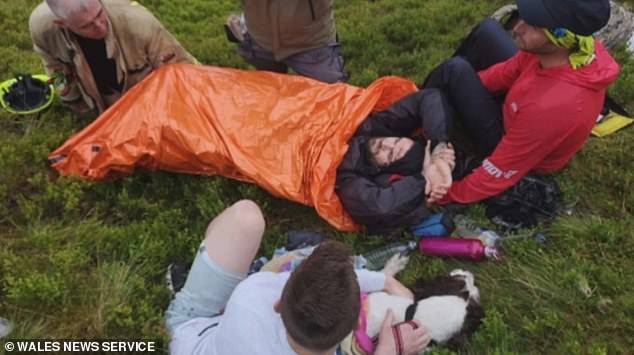 Mr Phillips, who has a wife and three children, says it could have been a lot worse after he fell down the mountain while trying to look after his dog

‘It’s unbelievable the work they do and they are putting their lives on the line to help other people.’ 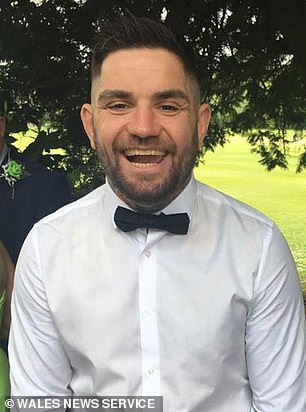 Deputy team leader Mark Jones said: ‘It would have normally been an hour’s walk and a climb down, so it saved lot of time.’

A statement from the team said: ‘The team were called out to Pen Y Fan this morning to a gentlemen who had fallen from the summit.

‘Whilst trying to look over the edge to locate his dog, the gentleman tumbled 500ft down the north face of the mountain.

‘He was treated on scene by the team doctor and then winched and flown to hospital by Maritime and Coastguard Agency helicopter.

‘The dog, Marshall, was relatively unharmed. He had been on his lead and had fallen with his owner.’

Brecon Mountain Rescue Team is an emergency service staffed entirely by volunteers and funded by donation. 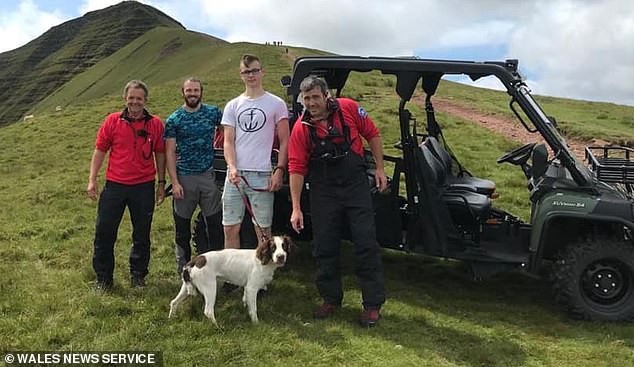 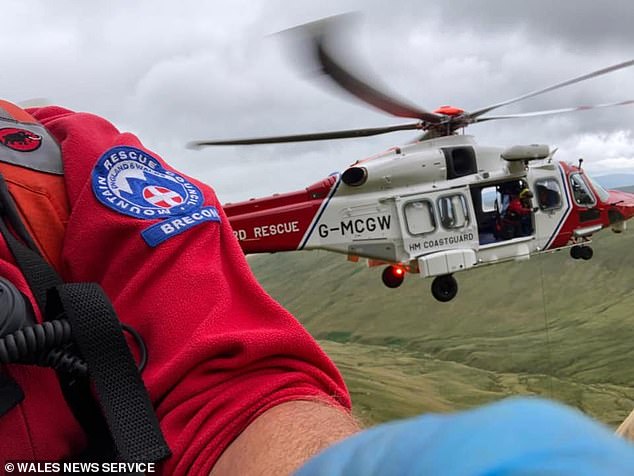 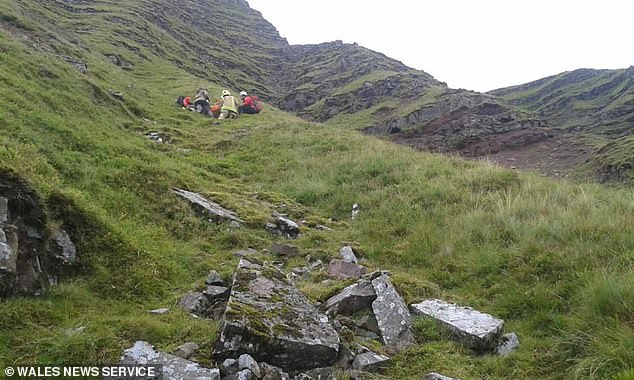