Father racks up £4,000 in fines for parking outside his house

Family rack up £4,000 fines parking on double yellows outside their own house that they campaigned for after car knocked down their daughter, four

A family has racked up £4,000 in fines for parking on double yellow lines outside their home – after they campaigned for them to be there.

Scott Taylor, 33, called for parking measures in his street in Salford after his four-year-old daughter was hit by a car and injured. Salford Council painted the lines in November 2017.

Mr Taylor was horrified when he found a contractor putting them directly outside his home, claiming council officials had promised there would be gaps for residents to park directly in front of where they live.

The council worker told him there was nothing he could do and the only way to change things would be to apply for funding to have them removed.

But despite being against the rules, he has carried on parking there ever since because his insurance terms state he must have his car outside his house. 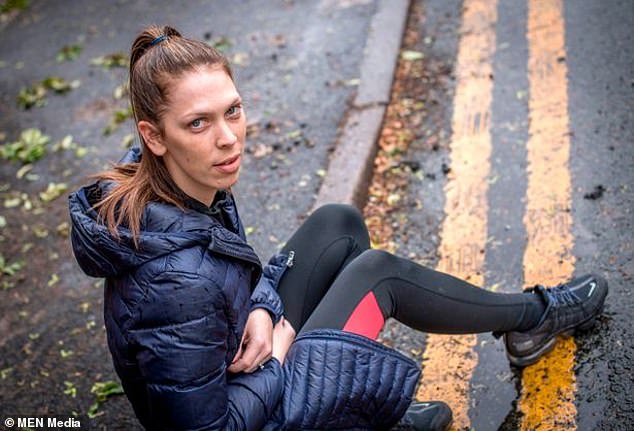 Mr Taylor, who cannot park on his driveway because his wife Casey’s car is there, said: ‘The guy who did it told me he was sorry but he couldn’t get them up and told me to call the council.

‘I got a letter and they just told me to apply to a funding scheme. I’ve had about £4,000 in parking tickets and I’ve had to pay a bailiff £400 when he clamped my car.

‘How can I leave my car somewhere else when it says in my insurance that it’s parked outside my house at night? I’m getting in a lot of debt.

‘I want them to come out and fix it. I feel like they are just fobbing me off.’

He claims that when he realised what was happening, he rushed outside to speak to the contractor, who he says apologised but told him it was too late to remove them immediately.

Mr Taylor also maintains he thought the fines had been issued in error, so kept parking there anyway.

Salford Council say the fines were issued correctly and that each home has ample space for parking on driveways and elsewhere not covered by lines in the street. 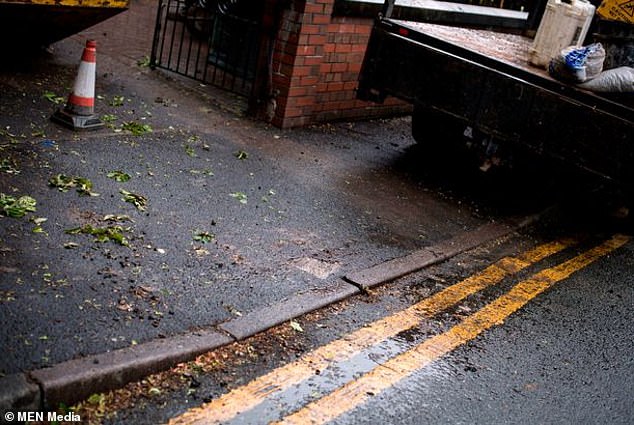 The lines were installed by Salford City Council in November 2017 – but Mr Taylor kept parking his car on them, claiming he thought there would be gaps for residents and that his insurance terms state his must park outside his home

Mr Taylor, who has even had a visit from the bailiffs, says the council has advised him to apply for funding to have the lines removed, or park elsewhere, but says its up to the council to remove them from outside his home.

A spokesman for Salford City Council said: ‘This section of parking restrictions was put in to protect access to Southworth Court for emergency vehicles and refuse trucks when the traffic order was made in November 2017.

‘All the properties on Mayan Avenue have off road parking and a significant length of the road is not restricted so there is no reason for anyone to park illegally.

‘The parking fines have been correctly issued. We are happy to discuss this issue with Mr Taylor to try and find a resolution.’ 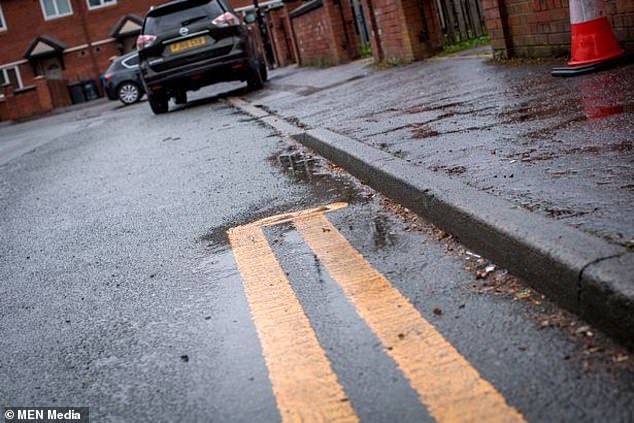