The Washington Commanders have already faced considerable scrutiny over the past few years, but now the team's allegations financial impropriety have reportedly reached the world of federal law enforcement.

The U.S. attorney's office in the Eastern District of Virginia has opened a criminal investigation with a focus on several areas of the team, according to ESPN's Don Van Natta Jr.

The investigation was reportedly triggered by a letter from the House Committee on Oversight and Reform to the Federal Trade Commission in April, after the committee said it received evidence of the Commanders underreporting ticket revenue to the NFL and withholding security deposit money from fans.

Attorneys general in Virginia and Washington D.C. are also reportedly investigating the allegations.

As the Commanders have done throughout the process, the team denied those allegations as soon as they came to light. Its attorney carried the same tune on Wednesday, taking shots at ESPN employing the standard journalistic practice of using anonymous sources on sensitive issues:

"It is not surprising that ESPN is publishing more falsehoods based solely on anonymous sources — given today's announcement," the statement said. "…We are confident that, after these agencies have had a chance to review the documents and complete their work, they will come to the same conclusion as the team's internal review — that these allegations are simply untrue."

The NFL reportedly declined comment to ESPN when asked if it was aware of a federal criminal investigation, with a spokesman saying former SEC chair Mary Jo White's investigation into the same matter was still going.

A federal investigation into an NFL team would be significant on any day of the week, but Wednesday's revelation also came with some interesting timing.

Hours before ESPN reported the investigation into the Commanders, the team released a statement from owners Dan and Tanya Snyder announcing they had hired BofA Securities, the investment arm of Bank of America, to "consider potential transactions," apparently signaling a potential sale of the team.

ASHBURN, Va., November 2, 2022 — Dan and Tanya Snyder and the Washington Commanders announced today that they have hired BofA Securities to consider potential transactions.

The Snyders remain committed to the team, all of its employees and its countless fans to putting the best product on the field and continuing the work to set the gold standard for workplaces in the NFL.

When asked for clarification if the Snyders intended to sell the whole team or just a minority stake, a Commanders spokesperson reportedly said "We are exploring all options."

It is unclear if the announcement is connected to the revelation of the federal investigation, or if it was just a busy day in Landover, Md. 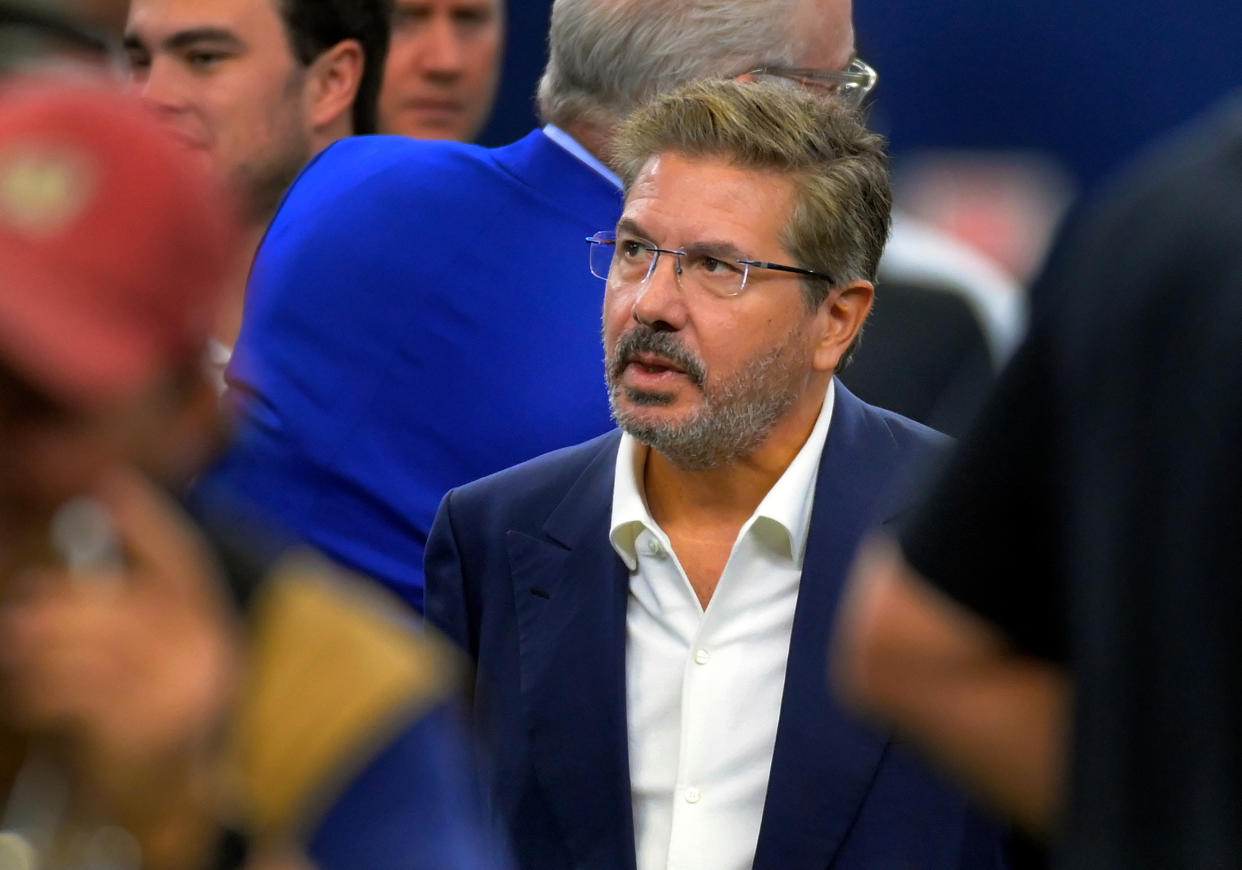 The allegations against the Commanders and Dan Snyder

The allegations outlined in the Congressional letter in April were just part of the reason the Commanders have been so embattled, but notable because of how they impact the NFL.

In testimony to Congress, former Commanders vice president of sales and customer service Jason Friedman alleged the team had maintained two sets of books, one with its real numbers and one with underreported ticket revenue from NFL games. NFL teams are required to turn over 40 percent of their gameday revenue to the visiting team, so the practice of hiding such money — allegedly known in the Commanders front office as "juice" — would effectively be stealing money from the NFL's other teams.

Considering Snyder's football fate is ultimately in the hands of his fellow owners, that is one allegation he will very much not want to stick.

Aside from allegedly hiding ticket revenue and withholding up to $5 million in security deposits from fans, the Commanders are still under investigation by White for a litany of workplace misconduct allegations, including allegations of sexual assault against Snyder.

A previous investigation by Beth Wilkinson resulted a $10 million fine for the Commanders and Snyder stepping down from day-to-day operations of the team (and replaced by his wife), but those findings were never made public.