Filipinos took to the polls on Monday in a vote that is expected to strengthen President Rodrigo Duterte’s grip on power – sparking fears the country is facing a looming dictatorship.

It would pave the way for Duterte to deliver on pledges to restore the death penalty and rewrite the constitution.

More than 18,000 positions are at stake, including half of the seats in the upper house Senate, which has served as a bulwark against some of Duterte’s most controversial policies. 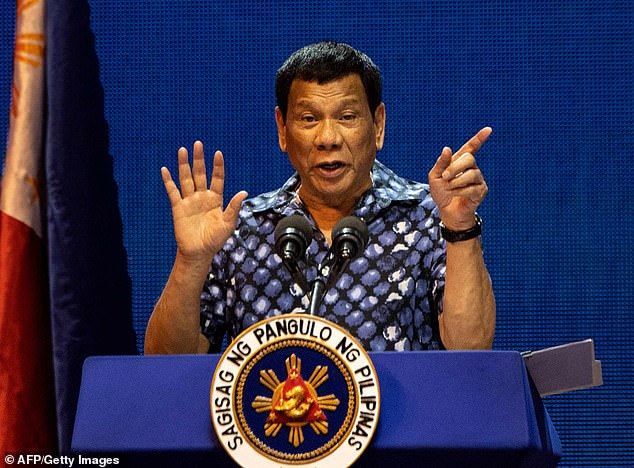 Duterte is known internationally for his foul-mouthed tirades and deadly drug war, but remains hugely popular among Filipinos fed up with the country’s general dysfunction and leaders who have failed to fix it.

He wants to bring back capital punishment for drug-related crimes as part of his narcotics crackdown, in which thousands of alleged pushers and users have already been killed by police.

His tough-on-crime platform – which also includes lowering the age of criminal responsibility from 15 to 12 – was key to his landslide election victory in 2016. 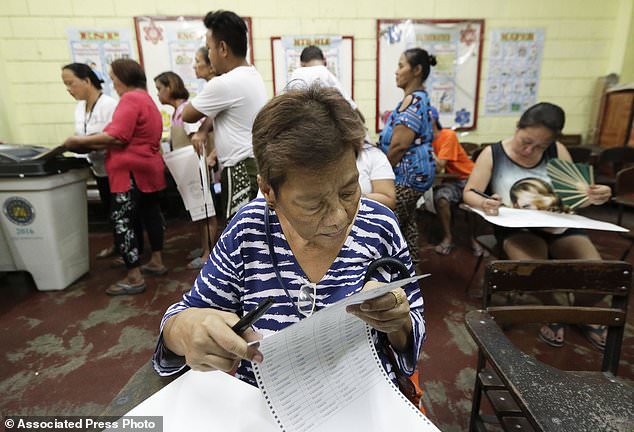 Crowds gathered at voting centres in the capital Manila even ahead of polls opening at 6am n an election where some 61 million are registered to cast ballots.

‘I voted for many of the candidates endorsed by President Duterte because his government is doing its job,’ said Myrna Cruz, 51.

‘I support their programmes, including the anti-drug campaign… but I wish the bloodshed would stop,’ she added, echoing many Filipinos’ nuanced backing of the crackdown.

Voters across the country flooded social media with images of their ink-stained fingernails, which are daubed blue as a protection against voter fraud.

The opening of the polls saw isolated outbursts of violence, which is not unusual in the Philippines’ frequently bloody competition for elected posts.

At least 20 people were killed and 24 wounded in election-related violence in the run up to the vote, according to an official count. 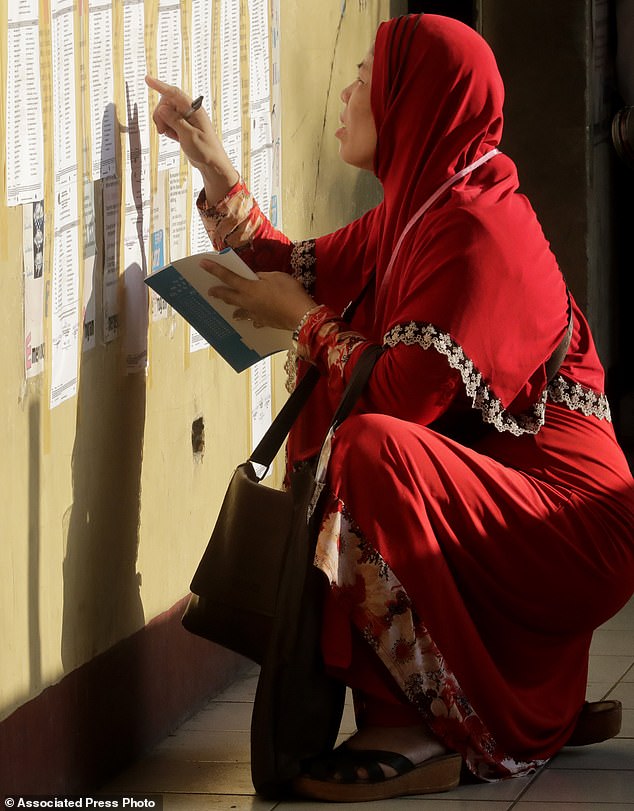 The military said nine people were shot and wounded Monday during a confrontation at a polling station on the restive southern island of Jolo, which is home to insurgents and powerful local clans.

Several other small clashes were reported in the south, including one in which two men were wounded by gunfire in Maguindanao.

The violence is more frequent in lower level races and will not likely be a major feature in the election’s main contest for the Senate.

Winning a Senate majority, something that independent national surveys indicate is well within reach, would give Duterte legislative backing for his anti-crime proposals and his plan to rewrite the constitution.

Historically, the nation’s 24 senators – who serve six-year terms – have had a reputation for being more independent-minded than the lower house. 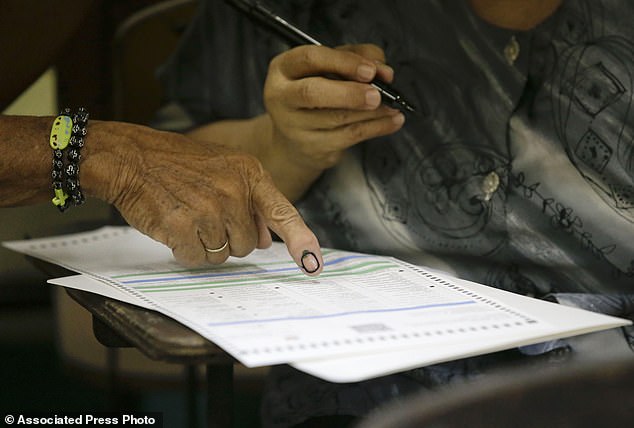 A man helps his wife fill out her ballot as they vote at a polling center in the Manuel L. Quezon primary school in Manila

The opposition warns that could lead to the single-term limit for the presidency being lifted, allowing him to seek re-election despite his repeated statements that he would stand down at the end of his mandate.

It would also allow him to expand his internationally condemned anti-drug crackdown by bringing back the death penalty, a pledge that the UN Human Rights Council said caused it ‘deep alarm’.

The Philippines outlawed capital punishment in 1987, reinstated it six years later and then abolished it again in 2006.