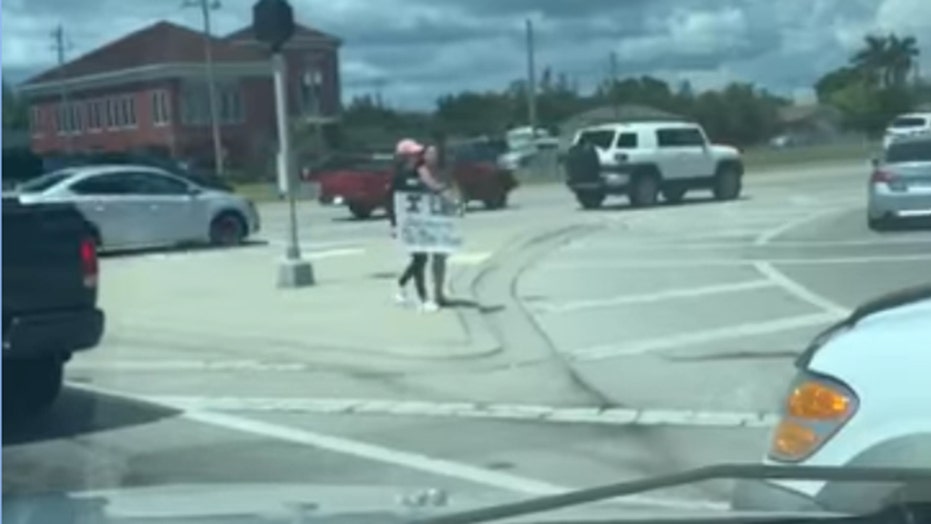 The actions of a Florida mother have sparked a parenting debate after the woman and her teenage daughter stood near a busy intersection as the girl held a large sign that read: “I lied. I humiliated myself & my mother."

Witnesses spotted the mother and daughter standing on the median of Veterans Parkway and Santa Barbara Boulevard in Cape Coral on Saturday afternoon as cars whizzed by.

“On our way home we witnessed parenting at its finest,” Ashley Atty posted on Facebook with a video of the mother and daughter walking along the median with the sign.

“I’m sure she’ll never lie again, because that was embarrassing,” Atty told WBBH-TV.

But some alarmed residents thought the tough love punishment was too “dangerous.”

“You don’t place them in a dangerous spot like that in order to get some satisfaction out of what they did to you,” resident Randy Miller told the station.

A concerned woman eventually called Cape Coral police to the scene. Officers addressed the situation, noting that the mother had water nearby and that no one was hurt, the station reported.