FLYBE planes have been "grounded" and passengers are being "turned away" amid fears the ailing airline has collapsed, it has been reported.

It was thought to be on the brink of collapse after crisis talks to secure a £100 million loan from the government grounded to a halt. 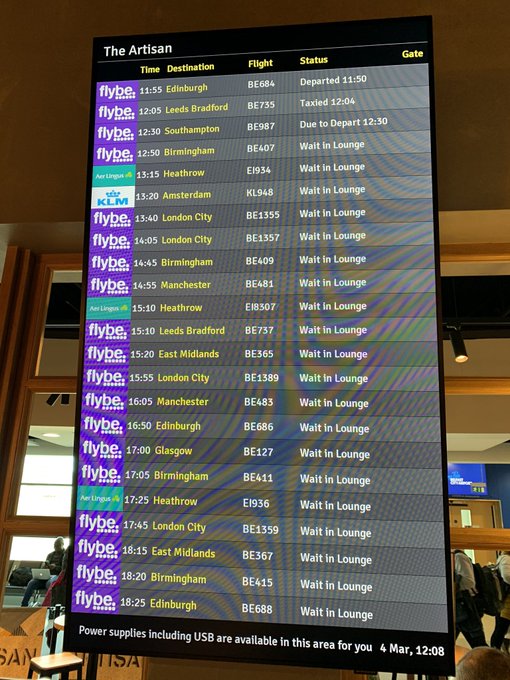 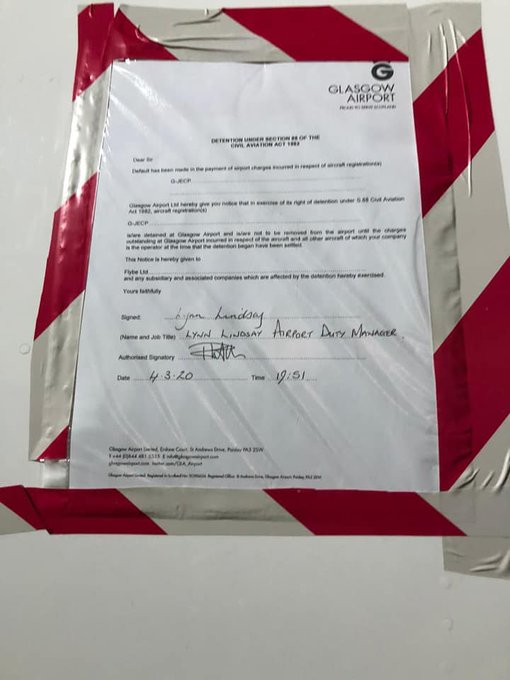 This evening, passengers reported being turned away from their flights as staff informed them there would be no more flights.

Peter Smith, an ITV journalist, tweeted: "Has FlyBe just ceased operating in front of my eyes?

"Waiting to board a FlyBe flight to Birmingham and all of their flights have just been cancelled.

"Advice from staff is FlyBe 'definitely will not be flying out tomorrow either'." 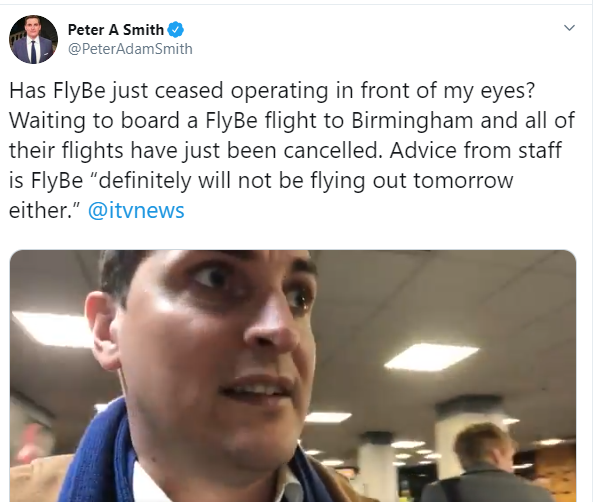 The Financial Times says the government is refusing to dish out a £100million state loan as the budget carrier hasn't met certain criteria set by the government.

Flybe, which has been hit by a slump in bookings due to the virus outbreak, was saved from going bust by the government earlier this year.

Flybe is now supposedly clinging to the hope of an air passenger duty (APD) cut in next week's Budget in order to survive.

The Department for Transport told The Sun it wouldn't comment on speculation.

Flybe also declined to comment but did confirm it's yet to receive funding from the government, although it says talks are ongoing.

The airline added that it's been hit by coronavirus with a lack of demand for flights and passengers cancelling bookings.

A brief history of Flybe

FLYBE began as Jersey European Airways in 1979, operating regional flights from Jersey in the Channel Islands.

Its route network grew and it was rebranded British European in 2000, before becoming Flybe in 2002.

Flybe is now Europe's largest regional carrier, flying around 9million passengers a year to 170 destinations across the continent.

The group, known as Connect Airways, pledged to inject cash into the airline to turn it around.

It's reportedly said it needs a decision on its request for a taxpayer loan  "in the coming days".

Back in January, it was thought a £100million bailout had been agreed between the government and Flybe to save the beleaguered airline from collapse.

Former business secretary, Andrea Leadsom, tweeted at the time: "Delighted that we have reached agreement with Flybe's shareholders to keep the company operating, ensuring that U.K. regions remain connected.

"This will be welcome news for Flybe's staff, customers and creditors and we will continue the hard work to ensure a sustainable future."

But just a day later the government backtracked saying no such loan was confirmed after British Airways owner International Airlines Group (IAG) complained to the EU over the "unfair" rescue deal.

IAG said such a loan would give the struggling airline an unfair advantage.

Ms Leadsom was then axed from her role as secretary of state for Business, Energy and Industrial Strategy in February as part of a cabinet reshuffle by Prime Minister Boris Johnson.

Transport secretary Grant Shapps had also welcomed the supposed agreement. He retained his position in the reshuffle.

A second plan was thought to involve Flybe deferring its APD for three years in a deal estimated to be worth £106million, but the details have not been made public.

Shareholders had also agreed to inject extra capital into the airline business in the meantime.

Flybe employs 2,400 staff but says it's business as usual for staff and passengers alike for now.

If the carrier falls into administration it will become the second UK airline to fail in just six months, after Thomas Cook went bust in September.

Thomas Cook was denied government help just before it collapsed. 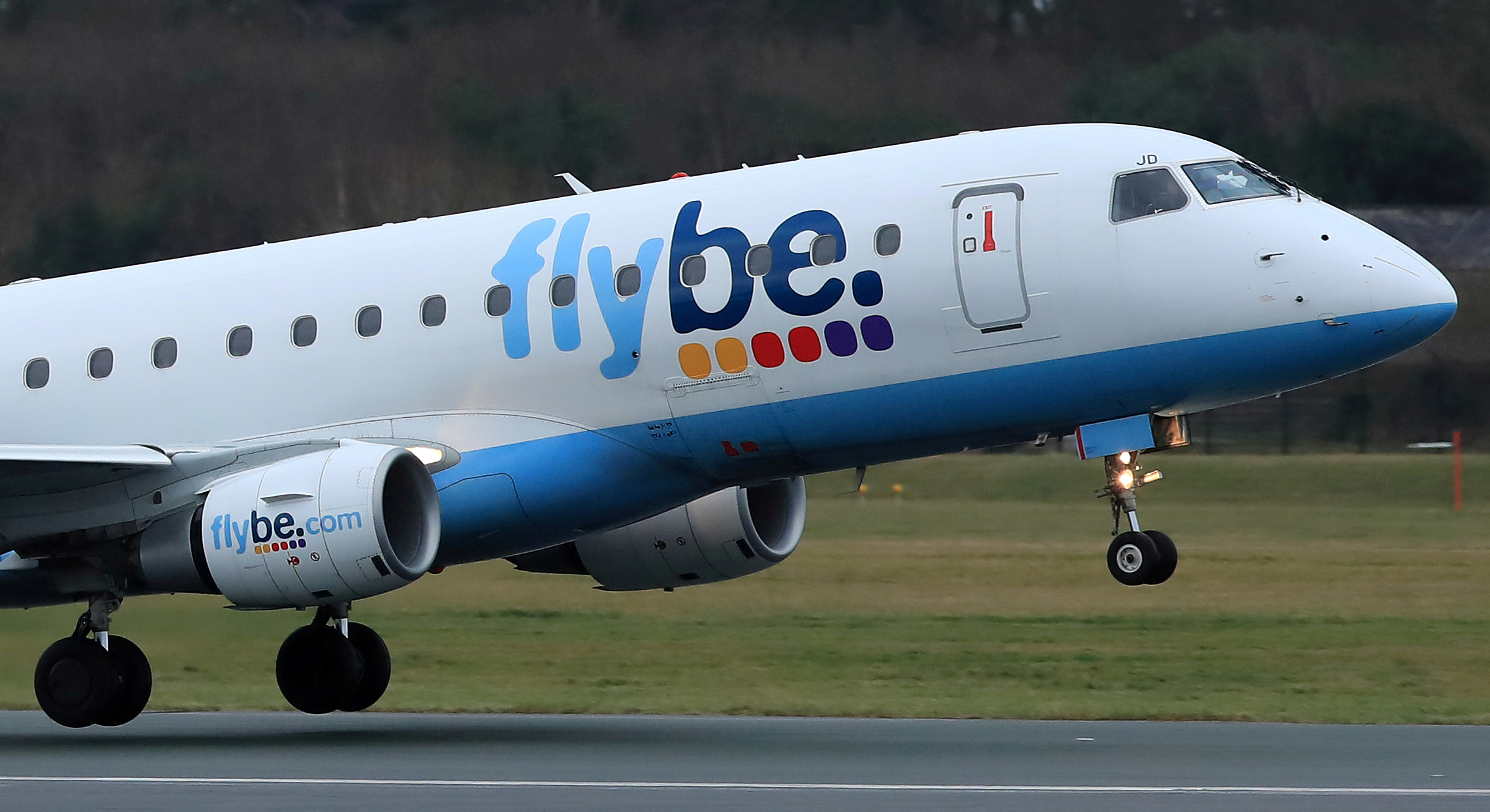