When Mia Zentari was a student at the University of Melbourne, she filled up on starchy and sugary food to keep hunger at bay, even though she knew it wasn’t good for her because it was all she could afford.

Ms Zentari never spoke with other students or her teachers about the hardship she was experiencing. 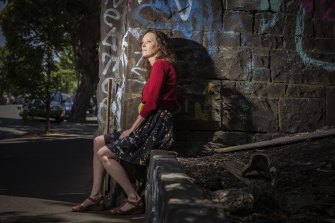 Mia Zentari has been studying the effect of food insecurity among Melbourne tertiary students. Credit:Chris Hopkins

“It’s very embarrassing, particularly at a university like Melbourne, where many students around you have expensive clothes and go out all the time and have a very different background,” she said.

Now employed as a researcher at the University of Melbourne’s School of Population and Global Health, Ms Zentari was pleased when she was selected as one of four students last year to work on a project studying food insecurity among students at Victorian universities.

“I was really happy to see something was being done about it and it was being talked about,” she said.

Craig Jeffrey, a professor of geography at the University of Melbourne and one of the study’s authors, said the pandemic merely exacerbated a problem that was already widespread.

“It became more of a problem for students during the pandemic, but the problem precedes the pandemic … so it’s not a problem that’s going to go away,” he said.

Research completed prior to the pandemic estimated that between 30 per cent and 40 per cent of Australian students experience food insecurity, meaning they lack access to nutritious food, and that most of those students said their studies were compromised.

Two sector-wide trends – the growth in numbers of international students and the disappearance of cheap, subsidised canteens from university campuses – have driven up food insecurity, Professor Jeffrey said.

Fifty international students were interviewed for the study, which ran between April, 2020 and January, 2021.

Those students reported that they typically had a weekly budget of between $30 and $70 for food, which they spent on cheap and packaged items, including frozen pizzas, frozen vegetables, rice and potatoes.

Lockdowns caused international students in Victoria to lose casual work in retail and hospitality, and ultimately led the Victorian government and individual universities to commit millions of dollars in hardship support.

But Professor Jeffrey said the “hungry student” was often treated like a joke or cliche, and that a more-lasting solution was needed to tackle food insecurity, including re-establishing inexpensive, subsidised canteens on campus.

“If you go back 30 years you would have had a university canteen run by the university or the student union that would have been providing cheap food to students right next to their lecture halls, but that system has disappeared from Australian universities,” he said. “Now it’s private providers and lots of students are saying they just don’t have the cash to buy a $10 ciabatta or a $12 sushi at lunchtime.”

International student Rei Fortes sustained himself on packets of mi goreng noodles last year. Occasionally, his budget extended to fresh vegetables that he would add to the noodles. 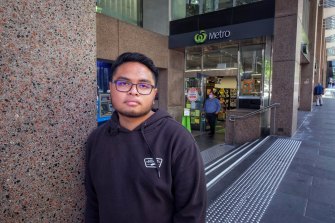 Mr Fortes, who graduated this year with a Bachelor of Media and Communications from La Trobe, had no work during Melbourne’s lockdowns and relied on his parents in the Philippines for income support.

His father also lost income in the pandemic, meaning the family could not afford to send as much money his way.

“I had to pay electricity and gas and water as well as basic hygiene products, so I had to really think about … how much I had left for food,” Mr Fortes said.

“It is anxiety-inducing, especially when you still have uni work to do,” he said. “It is an additional pressure to the lifestyle of an international uni student, who are already experiencing so much stress.” 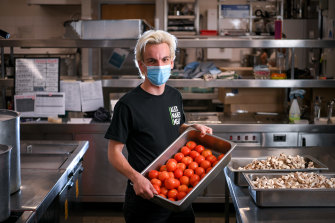 Alex Dekker launched a food bank during the pandemic and says international students were among those most reliant on food relief.Credit:Eddie Jim

Alex Dekker, who launched food bank Alex Makes Meals during Victoria’s first lockdown last year, said he was distributing thousands of meals a day to international students at the height of the pandemic.

Some are no longer students, but still rely on food banks.

“The pandemic broke a lot of these people,” he said.

“These people had two years of near zero income. The amount of health problems, mental health problems and just general structural problems that creates in a person’s life can’t be overstated. So of course they’re going to fall through the cracks and hit our support services, which were already not meeting the needs of the needy population before this.”