Food scientist wins £19,000 after boss fired him saying he was lying

Food scientist wins £19,000 after boss fired him saying he was lying when he asked for unpaid time off to care for his wife as she battled breast cancer

A food scientist has been awarded nearly £19,000 after his boss fired him for not working hard enough while caring for his wife who was seriously ill with cancer.

Andrew Ward previously asked for an unpaid sabbatical but was given permission to work from home while his spouse underwent treatment for Stage 3 breast cancer, an employment tribunal heard.

Manager Nigel Day became increasingly frustrated that Mr Ward wasn’t performing his duties, including calling off meetings, and he accused him of taking his salary under ‘false pretences’.

The company sent Mr Ward a ‘reprehensible’ letter which used ‘bombastic’ and ‘petty’ language, a tribunal found, and fired him for gross misconduct.

The chemist has now won compensation after the tribunal found he had been unfairly dismissed. 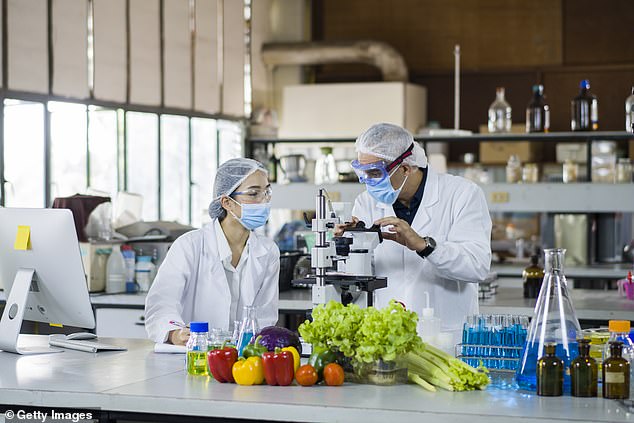 Food scientist Andrew Ward has won almost £19,000 after his boss fired him and claimed he was ‘lying’ about taking time off to care for his wife who had cancer (stock image)

The panel concluded Company Secretary Mr Day acted ‘aggressively’ and had he used ‘common sense’ and ‘humanity’ this case would never have been brought.

The hearing was told that Mr Ward had worked for Essex-based food additives firm Arthur Branwell for ten years.

During that time his wife had ‘not enjoyed good health’ and he had been working on reduced hours to look after her since 2014.

In February 2019, she was diagnosed with grade 3 breast cancer and he went on compassionate leave in early April.

In June, Mr Ward requested an unpaid sabbatical as his wife’s treatment was taking longer than expected. This request was denied and he was told he could work from home 50 per cent of the time temporarily to care for her, the tribunal was told.

The panel heard it then became ‘apparent’ he was doing very little work.

In an email sent in July 2019, Mr Ward was told he must to return to work as the ‘present arrangement was not working’ and if he did not do so, it would lead to disciplinary action and his dismissal.

But Mr Ward did not go to the office, nor to a meeting to discuss the situation, nor the rescheduled meeting and in August he was sacked.

The company sent Mr Ward a letter which claimed he was ‘lying’ to them.

It also claimed he went to his wife’s hospital appointments during working hours without letting them know and ‘was taking money from his employer while caring for his wife and not working’.

The East London tribunal heard it was ‘deeply distressing’ for Mr Ward to be accused of taking their money while doing no, or little, work and being a full-time carer for his wife, because he had asked for unpaid time off.

The panel – headed by Employment Judge Paul Housego – found that while Arthur Branwell had made ‘great allowances’, there were ‘no real arguments’ as to why Mr Ward could not have an unpaid sabbatical.

But it concluded a ‘hostile’ environment had been created and Mr Ward had been unfairly dismissed.

‘That is the top and bottom of the reality of this case, and had (Mr Day and his employment advisors) had the common sense and humanity to see that, this case would never have been brought.

‘Instead, Mr Day wrote aggressive letters accusing Mr Ward of misconduct in not doing his job, intentionally refusing to attend meetings, and taking the company’s money while not working for them and caring for his wife.

‘(The employment advisors’) correspondence with Mr Ward’s solicitor was reprehensible. The bombastic and petty language used, and the approach taken to this whole case by them, and by Mr Day, is regrettable.’

However, the tribunal concluded that had a correct procedure been followed, a fair dismissal was ‘100 per cent certain’ to result at the same time.

It also dismissed a separate claim of disability discrimination.

The judge added: ‘It is also regrettable that Mr Ward did not himself tell his employer that he really could not do the limited amount of work which his employer asked him to do by reason of the demands of caring for his wife.

‘They had been really helpful to him, as they had been for years. It was not realistic of him to expect them to carry on indefinitely in this way, with him not doing much work and continually calling off meetings at the last minute.

‘It was clear that he was never going to feel able to leave his wife to attend meetings.

‘He knew, and they did not, exactly what the situation was.’

Mr Ward will receive £18,577 in damages. The company and the employment advisors have also been ordered to pay him £28,000 in legal costs.