Former British Army sergeant is unable to return to UK

‘I feel betrayed’: Former British Army sergeant is stuck in Fiji and being prevented from returning to his cancer-stricken wife in UK over immigration law

A former British army sergeant whose two sons are English rubgy internationals has been prevented from returning to the UK to rejoin his wife as she undergoes treatment for a brain tumour because of immigration rules.

Ilaitia Cokanasiga, 48, from Fiji, said he felt ‘immense pride’ to have served with the UK armed forces for 14 years, but now feels ‘betrayed’ after he was let down by the government.

He said he has tear-filled telephone conversations with his wife every other day as she prepares to undergo cancer treatment. And he was unable to see his 22-year-old son Joe Cokanasiga play for England in the World Cup in Japan last year due to the problems. 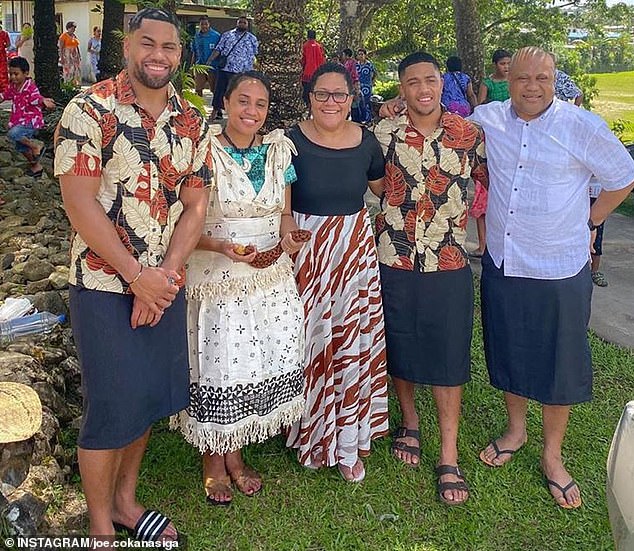 Ilaitia Cokanasiga, 48, from Fiji, has been unable to return to the UK due to immigration issues. He served the country in the British army for 14 years.

‘I feel betrayed after what I did for the army and the country,’ he told The Guardian. ‘I’m not there and (my wife’s) supposed to be having surgery. Everyone in the family is struggling to cope.’

‘I had immense pride to have served in the British armed forces, and to have both my sons representing England in rugby. I now reflect on my army career with underling bitterness and my pride at my sons’ rugby careers is tainted by the fact that the British government let our family down.

‘We have been made to feel that my father has done something wrong, when in fact it is the British army that has let him down. For me, this has been a really bitter pill to swallow.’

Commonwealth citizens who have served for more than four years in the British army are eligible for indefinite leave to remain, but this ends when they leave the army.

They do have the option of regularising their status, but many have struggled to pay for this as application fees soared from £1,051 in 2015 to £2,389 today.

Unaware of the issue, hundreds of Commonwealth-born veterans have not registered with some being detained, asked to leave and even removed from jobs. 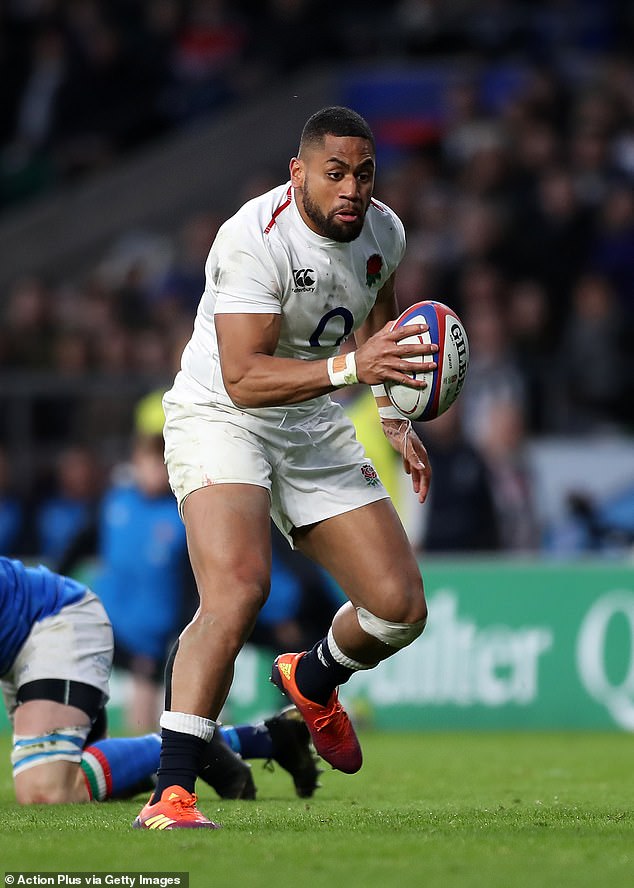 Both his sons are English rugby internationals. Above is his son Joe Cokanasiga playing for England in Twickenham, London, on March 9 last year. He was unable to see his son play for England in Japan due to the immigration issues

Legal action was launched against the Home Office and Ministry of Defence last week accusing officials of a ‘systemic failure’ to assist the veterans.

A government spokesman said last night that the Ministry of Defence makes clear ‘to foreign and Commonwealth recruits into the forces the process by which they and their families can attain settlement in the UK and the costs involved’.