FORT Lauderdale Airport is being evacuated and passengers told to deplane over a "security investigation" amid "bomb threat" fears.

Areas of Terminals 2 and 3 at Fort Lauderdale Hollywood International Airport were being evacuated on Saturday morning, with the airline confirming a "security investigation" was ongoing. 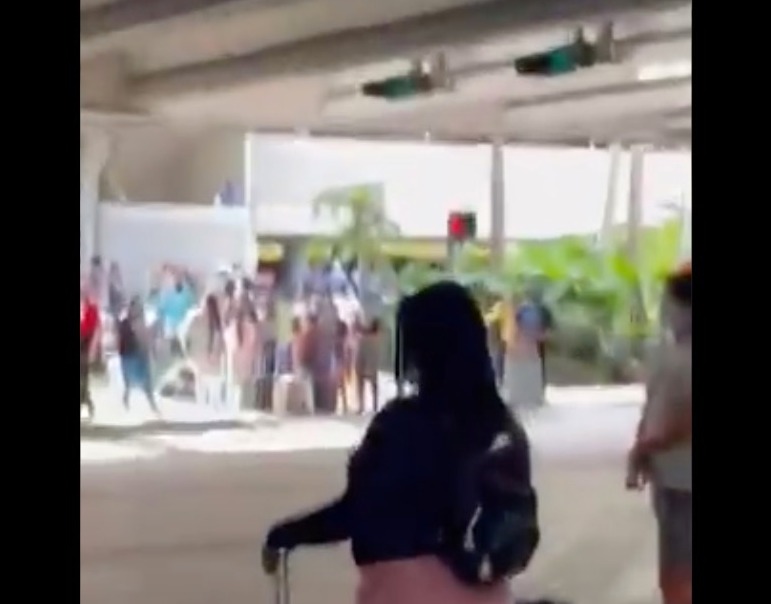 The airport made an initial announcement around 9.35am.

"UPDATE: Travel #Alert: A security investigation is impacting traffic along the upper-level roadway of #FLL at Terminals 2 & 3," the airline tweeted around 10am.

"Areas of T2 & T3 have been evacuated as a precaution. If you're at #FLL or are headed here, we ask for your patience as we work to resolve the matter."

Passengers in the airport took to social media to report that the investigation may involve a bomb threat, though airport officials have not confirmed any reports yet.

The evacuations are causing major traffic issues at the airport, where travel levels are high.

People arriving for flights reported being stuck outside of the airport as the terminals were blocked off.

One user on Twitter reported seeing ambulances, police cars, and even police dogs on the scene.

Photos from inside the airport show massive crowds at baggage claim and outside of the terminals.