Friends could hear the screams of murdered Purdue student during game

Purdue University student Varun Manish Chheda was playing video games with friends who heard his chilling screams as he was murdered through their gamer headsets.

Chheda, 20, suffered multiple sharp force injuries to his body inside his dorm room at McCutcheon Hall after midnight on October 5. His roommate, Gji Min Sha, 22, has since been arrested for the crime.

Some students said they heard Chheda’s distant screams throughout the building, but fellow student Andrew Wu heard him echo in his ear, he told 13News.

Arunabh Sinha, a childhood friend of Chheda, further confirmed to NBC News that Chheda was playing with his friends and chatting through Discord when Sha allegedly killed him.

Sinha said his friends heard Chheda yell but didn’t know what the commotion was about until they woke up to the news about his death.

‘Losing a friend like Varun hurts hard,’ Sinha wrote on Facebook while describing Chheda as brilliant, humble, ethical and family-driven.

‘He was destined to make a large impact in our world and while we have been robbed of this opportunity, I am still highly appreciative to have known him since 1st grade. Rest in peace, Varun. We will miss you dearly.’

Suspected killer Sha was not participating in online gaming when the murder occurred, according to Wu. 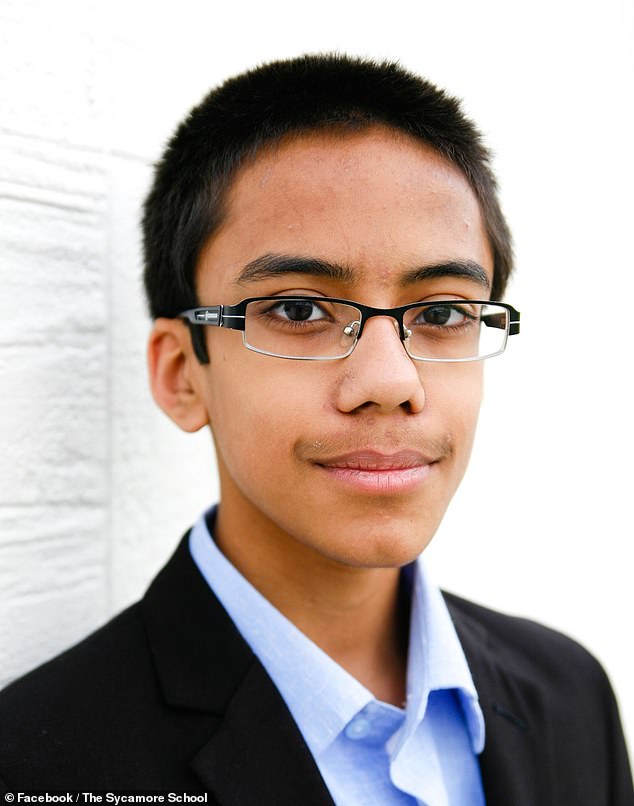 Varun Manish Chheda, 20, was killed inside his room at McCutcheon Hall while playing online video games with his friends early Wednesday morning 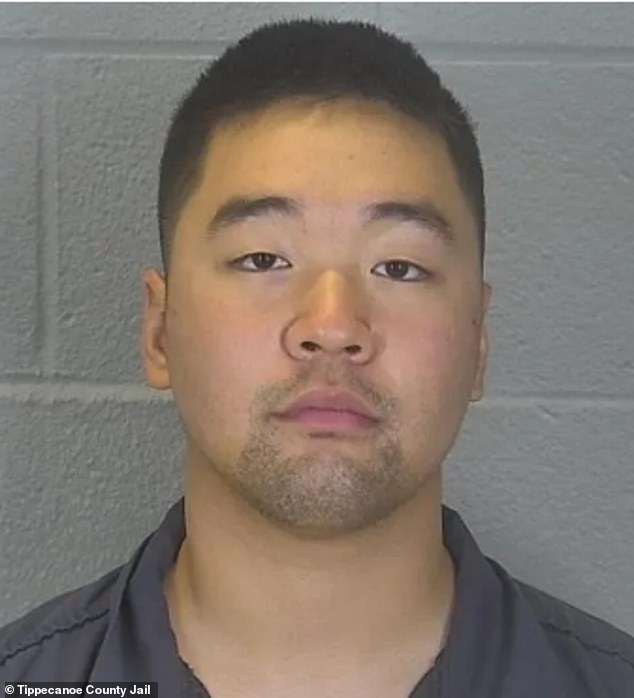 Gji Min Sha, 22, was arrested in suspicion of murdering his roommate Chheda. He was the one that called police

Purdue University police responded to a call at the McCutcheon Hall residential building to find Varun Manish Chheda, 20, dead inside his dorm room 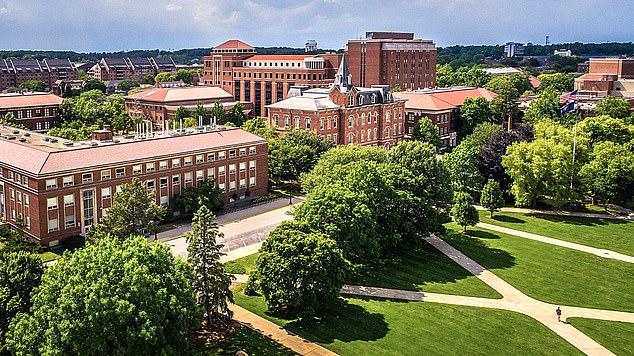 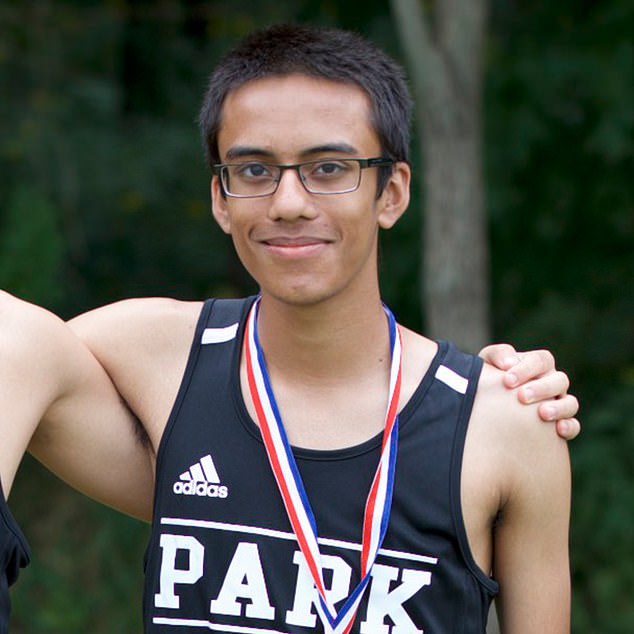 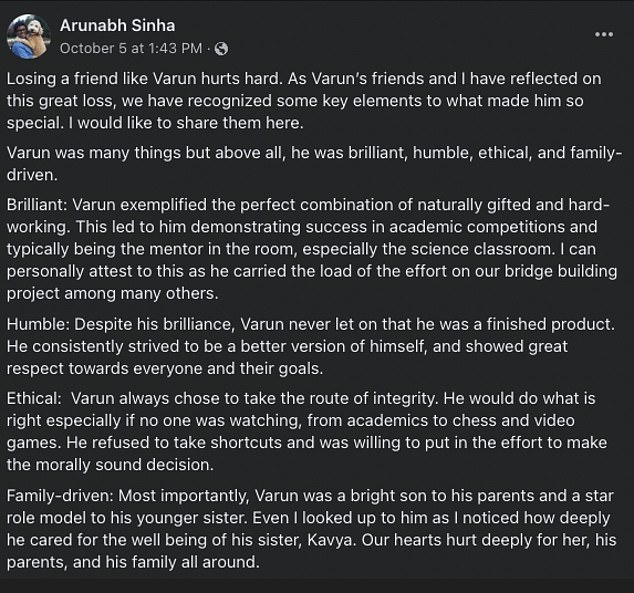 Residents at the hall said they were woken up in the middle of the night by a ‘scream or some loud noises.’

Sha was an international student from South Korea studying cybersecurity. He was arrested after he called campus police to report Chheda’s death at 12.44am on Wednesday, Tim Doty, Purdue’s director of media and public relations, told the Indianapolis Star.

Footage showed Sha being escorted by police into Tippecanoe County Jail, wearing a face mask with his hand secured behind his pack.

‘I love my family,’ Sha told reporters as they asked why he committed the cruel act. 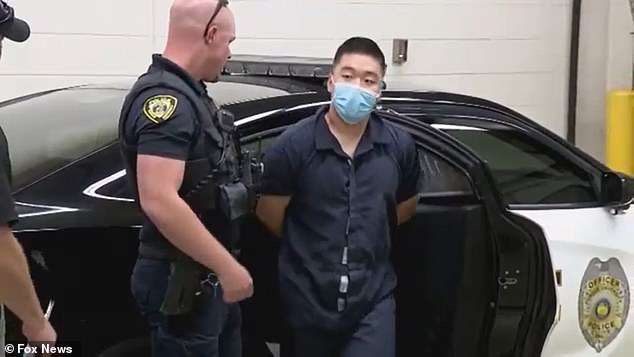 Video footage of Ji Min Sha shows the suspected killer being escorted by police into Tippecanoe County Jail, wearing a face mask as reporters eagerly waited for him 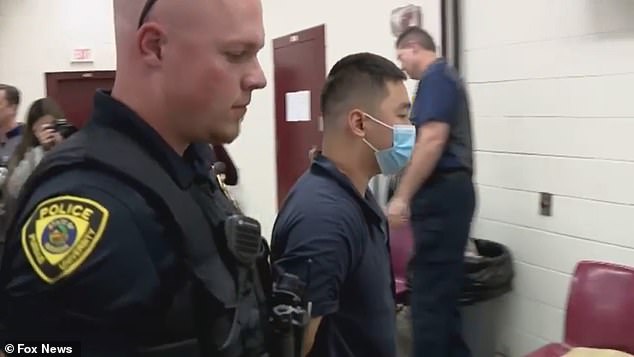 The 22-year-old is charged with the murder of Purdue University student. He kept quiet and was briefly brought to reporters for a comment 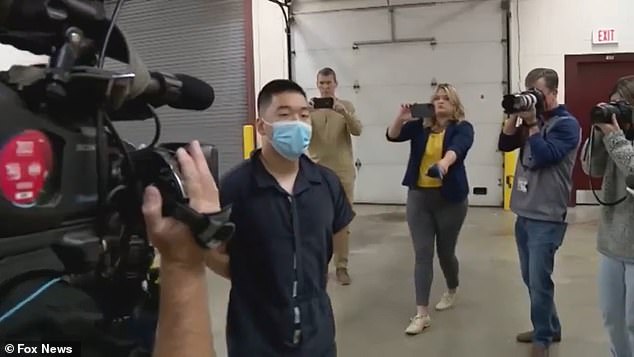 When asked by a reporter why he’d allegedly committed the crime, Sha simply replied, ‘I love my family’ before walking into custody 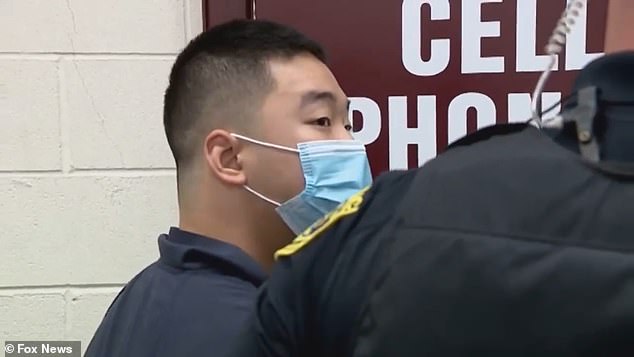 Chheda was a senior in data science at Purdue University and was only 10 days away from turning 21 at the time of his death.

‘He doesn’t talk about his roommate ever,’ Wu told NBC News while explaining his friend wasn’t the type to begin conflict.

‘His roommate never comes up when we’re playing games.’

Wu recalled his best memories with Chheda and remembered him as being unique and selfless.

‘We played games together all the time, video games, card games, you name it. Even hundreds of miles away, for the past four years in college we still kept in touch. We’d hang out six to seven times a week just to play games together,’ Wu said.

‘I haven’t met someone who’s so kind like he is. He always notices when someone’s uncomfortable. He’s always willing to compromise. He’ll always sacrifice himself to help other people.’ 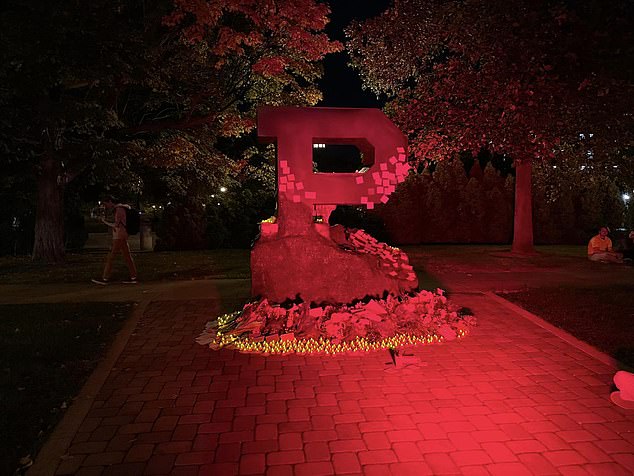 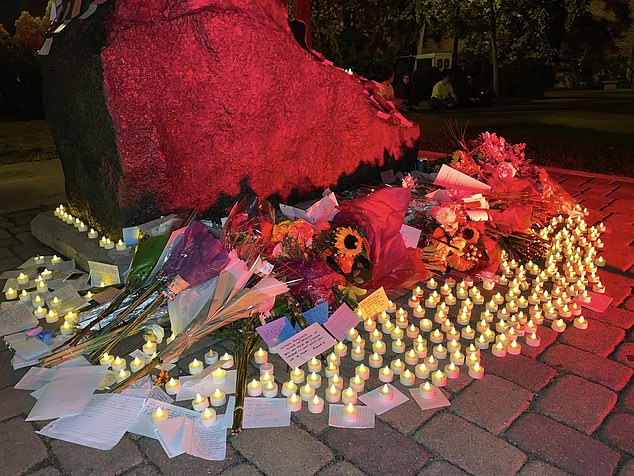 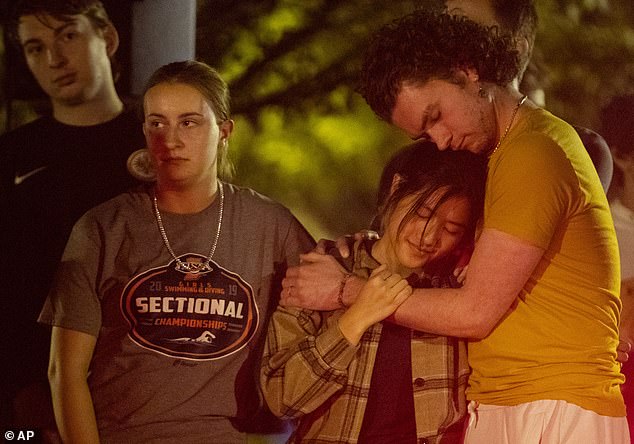 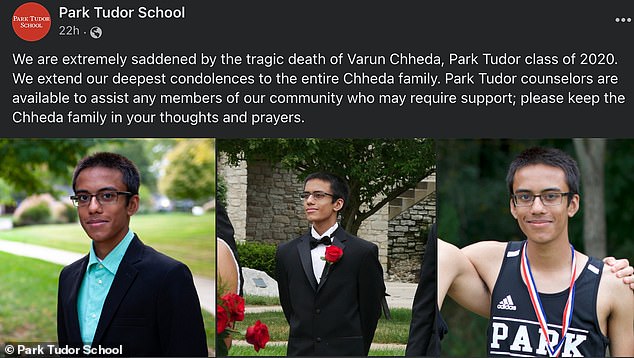 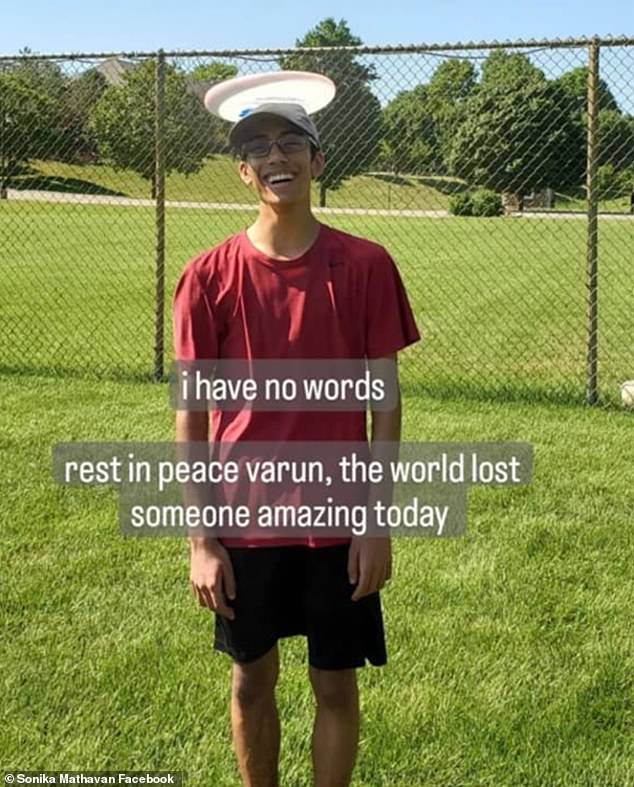 The student wasn’t only a star gamer but a champion in the classroom. He was a semifinalist in the National Merit Scholarship Program in 2020, according to a Facebook post.

Chheda was a former student from Indianapolis’ private Park Tudor School, who remembered him in a heartfelt tribute post on Thursday.

‘We are extremely saddened by the tragic death of Varun Chheda, Park Tudor class of 2020,’ the school wrote on Facebook while tagging three photos of the gamer.

‘We extend our deepest condolences to the entire Chheda family. Park Tudor counselors are available to assist any members of our community who may require support; please keep the Chheda family in your thoughts and prayers.’

Julie Laughner, the mother of a dear friend of Chheda, said the world suffered a loss along with her son Parker.

‘Varun Chheda was a very kind, gentle young man with an absolutely brilliant mind, and he would have done amazing things in and for this world,’ Laughner wrote on Facebook. ‘It’s a tragedy that his life was senselessly taken before he had a chance to do so.’

Chheda’s funeral will be held on October 9, according to his obituary. 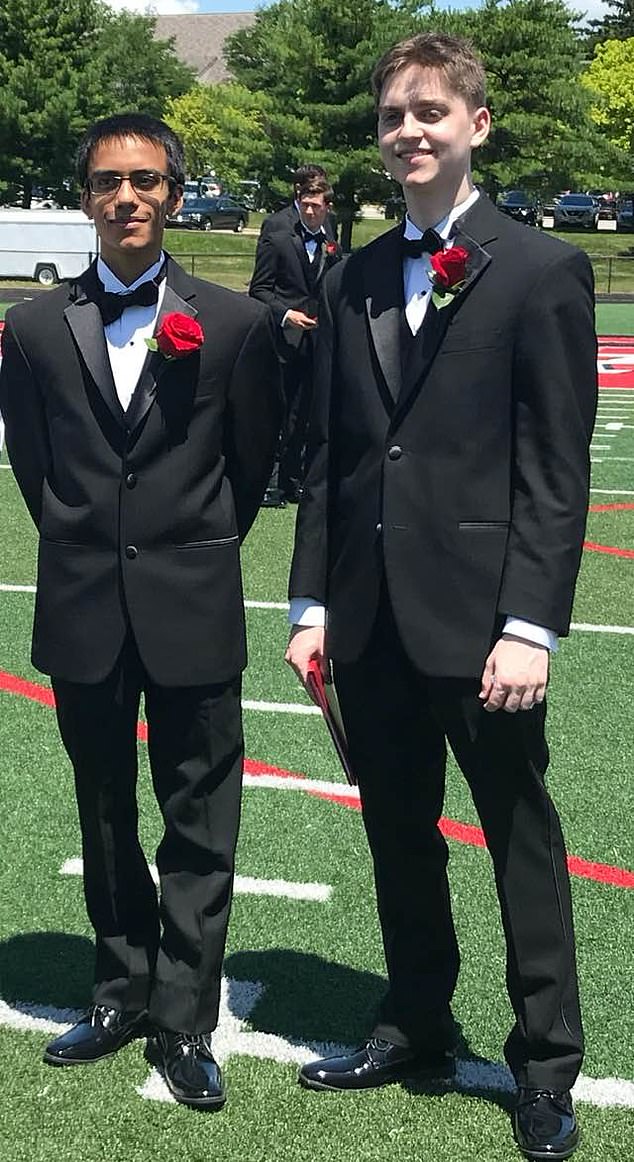