A FRIES fan has mashed the record for the world’s largest chip.

Richard Lay-Flurrie, 27, measured his prodigious potato product at 8.1in (20.5cm) after finding it while making dinner. 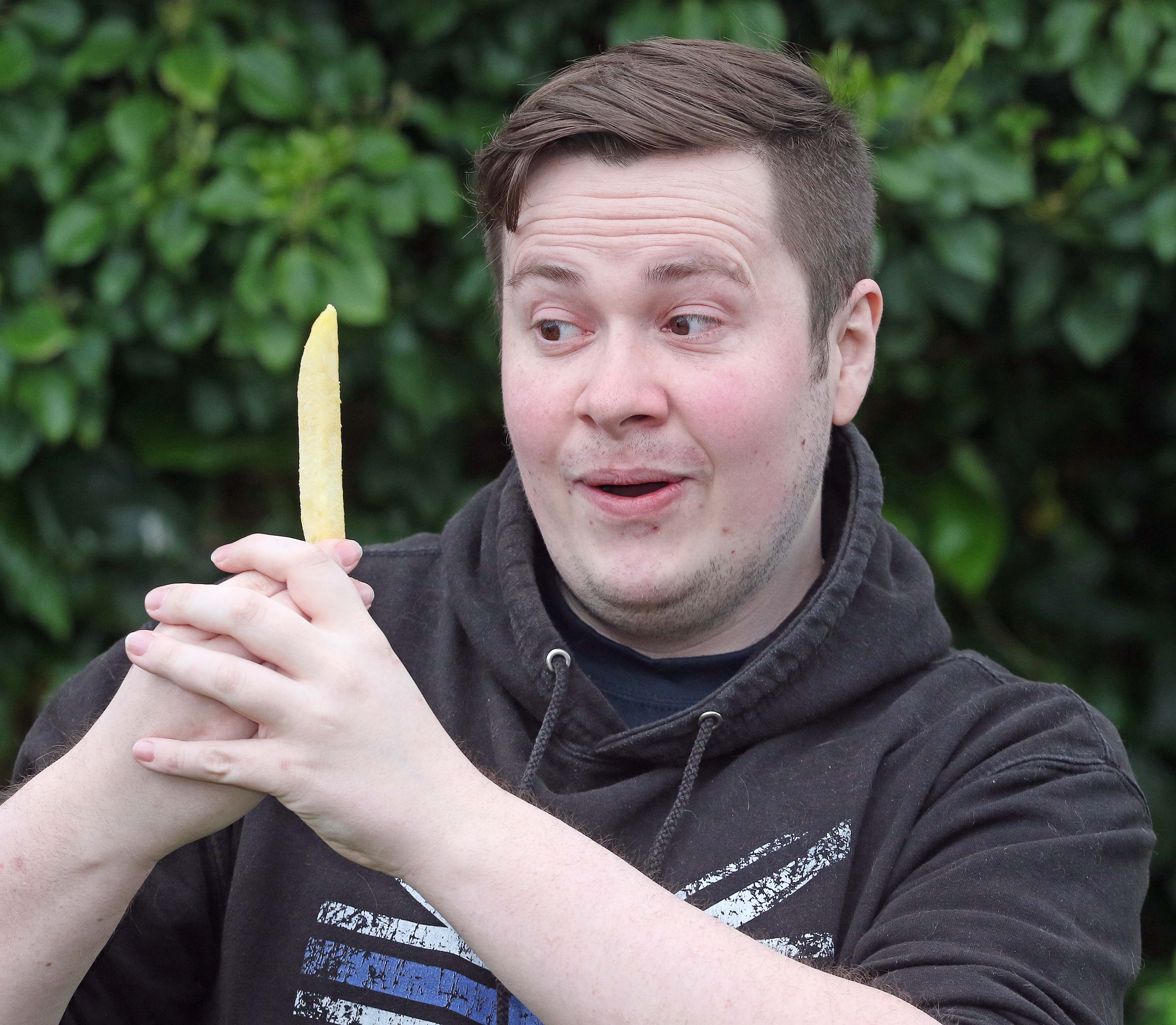 The supersize snack landed with a thud as he emptied out a £2.75 family pack of McCain chips.

He said: “I was absolutely stunned when it came out.

“My dad almost fainted when he saw it. I couldn’t believe how long it was.

“I felt slightly threatened and intimidated by its size. It was vast.”

The previous record for a colossal chip was 8ins. 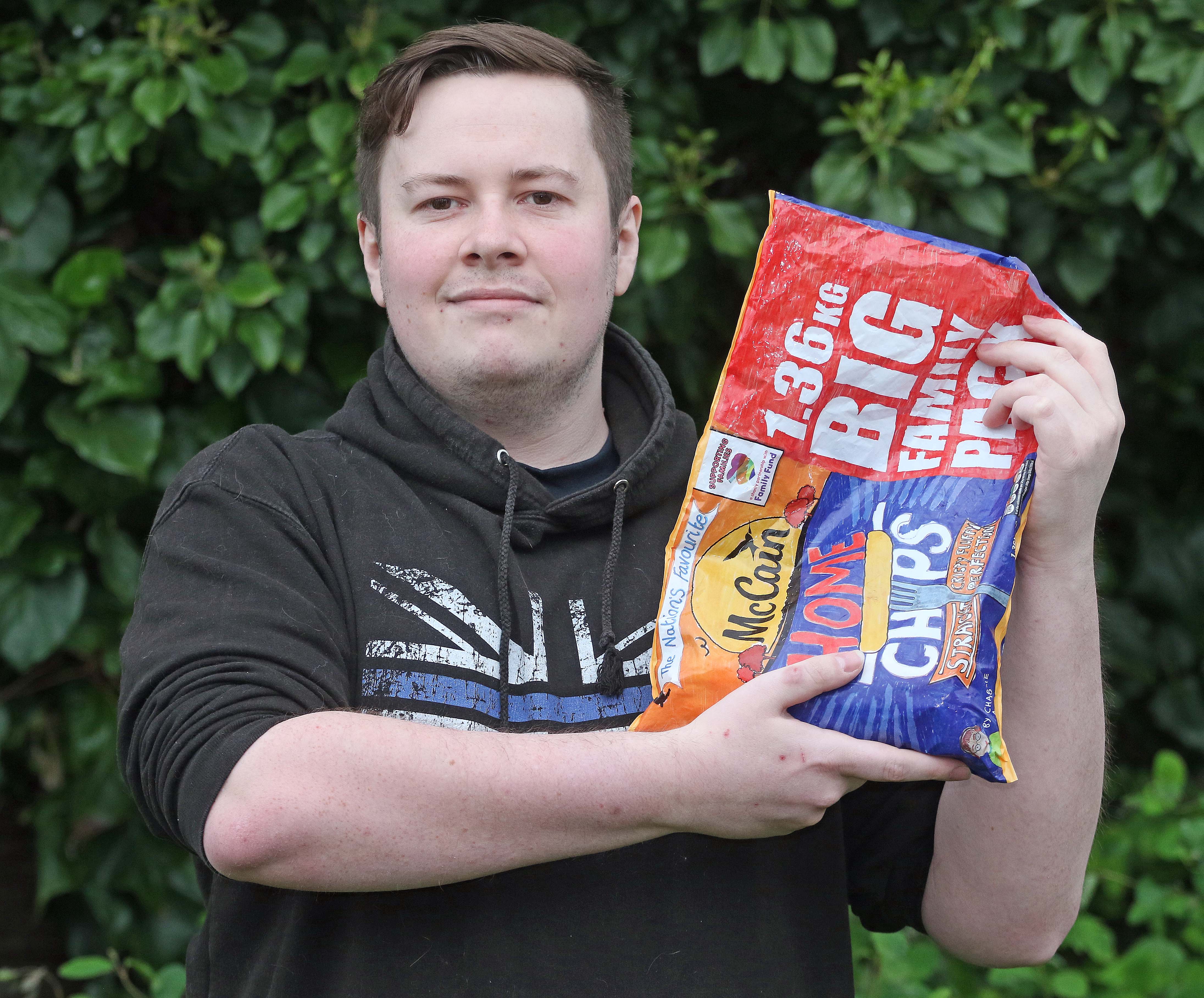 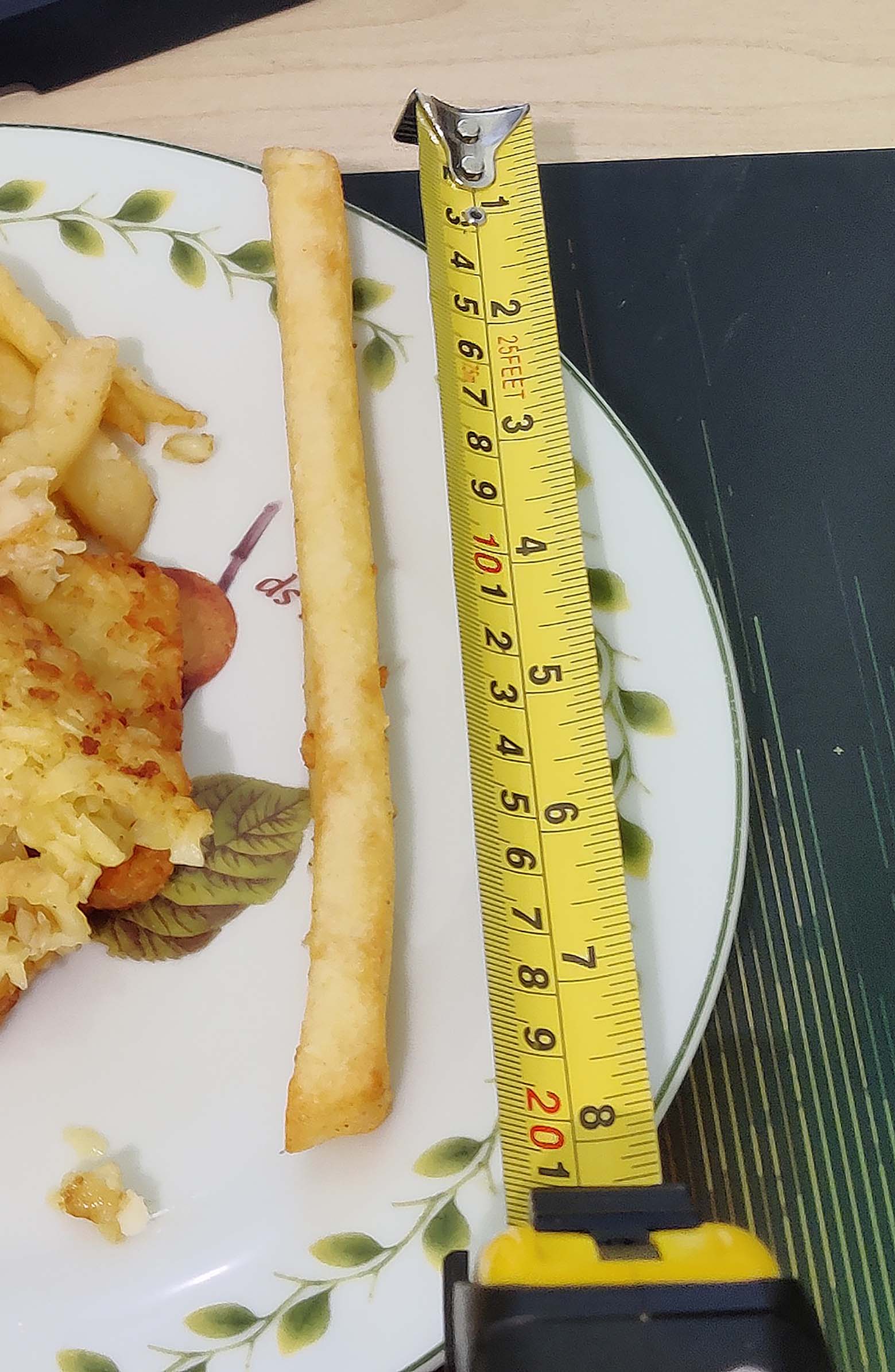 IT worker Richard, below, of Clacton-on-Sea, Essex, made a note of his using a tape measure and realised he had the greater tater.

He said: “I saw the previous holder and knew mine had it beaten so I measured it — and sure enough it was bigger.

“It feels great to be number one in the world for something.” 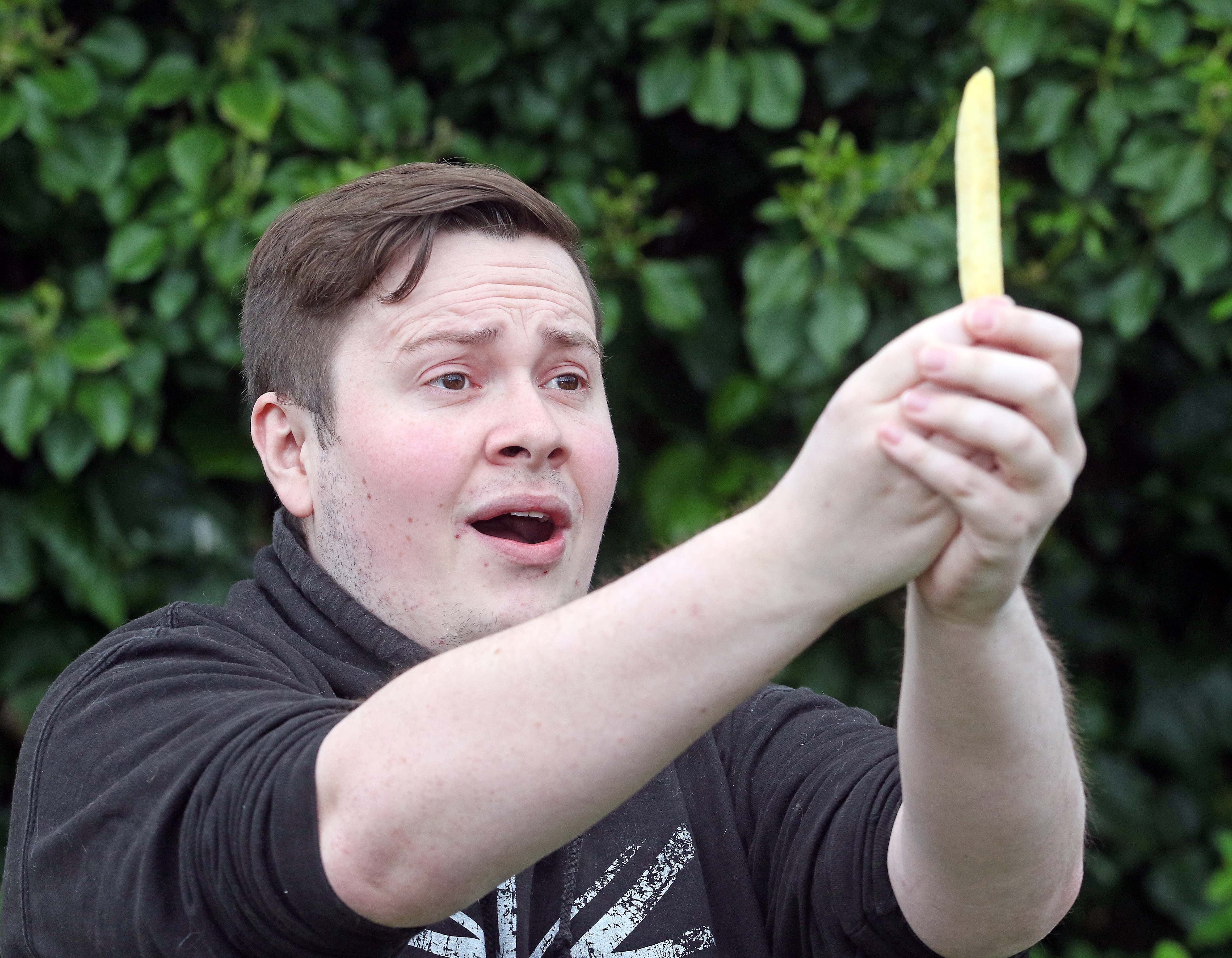