With her health and mobility in decline, Gladys sold her home and moved into a granny flat behind her son’s house, where he and the grandchildren were a few steps away.

After a fall, Gladys moved to a nursing home to recover and left her debit card, PIN and access to bank statements with her son to pay her bills. 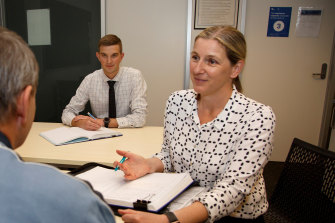 Only when a friend took Gladys to the bank did she discover the breach of trust: her son had withdrawn thousands of dollars and her account was empty.

Authorities now treat the financial exploitation as a form of elder abuse, not dissimilar to harming an older relative through physical violence, emotional or psychological abuse, socially controlling behaviour or neglect.

Experts fear the problem will get worse as Australia’s population ages. And for the victims, it’s not just the financial loss that can be devastating.

“It can make them isolated, make them feel shame because it’s their own [adult] child doing that, so they can feel embarrassed … that maybe they did something wrong in their parenting,” says Rebecca Edwards, a principal lawyer at Seniors Rights Victoria, a legal service focused on elder abuse. 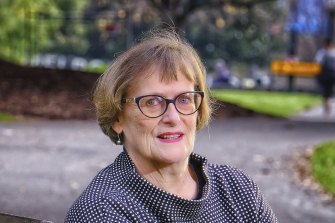 “They’re often quite concerned about [their] child too. So even though they’re affected, they’re worried that if they report it then what’s going to happen to their kid?”

Financial abuse of the elderly often accompanies psychological torment, resulting in situations where an older person might be told to relinquish their financial control because their mental functioning is declining, or threatened with not seeing the grandchildren.

And just as family violence hotlines were quieter during periods of COVID-19 lockdown last year, experts believe financial elder abuse is under-reported, particularly in cases where victims and perpetrators live under the same roof.

In Victoria, an 18.5 per cent rise in elder abuse reports in 2020 from the previous year means police now allocate the same detectives who investigate family violence cases to address abuse against people aged 65 and over.

Those reports contain examples of financial abuse such as adults not contributing to their parents’ household expenses when living together, to coercing someone in power of attorney decisions.

A pilot program run by Victoria Police in partnership with the representatives from the aged care, legal, banking and health sectors trial focused on financial elder abuse has in the past year uncovered 15 serious cases of misappropriated funds totalling $500,000.

The program, established in response to a recommendation from the Royal Commission into Family Violence, exposed incidents of varying severity, ranging from an adult misusing a parent’s bank card to splurge $1000 on Uber Eats to another who swindled $250,000 to buy a block of land.

She’s often struck by the remarkable resilience and amazing lives older people have lived, but regularly has people gently approach her after a session to speak about what’s happened to their brother or friend or aunt.

“I suspect it’s been going on since beyond all of time but people aren’t talking much about it,” Ms Campbell says.

In 12 ANZ branches across the Mornington Peninsula, bank staff have had training to identify potential cases of financial elder abuse.

The “red flags” staff watch out for, says ANZ customer advocate Jo McKinstray, include large cash withdrawals, customers seeking to break term deposits or a younger adult “who does all the talking” while the parent stays quiet.

Ms McKinstray says some suspicious transactions can be clarified through questions as it’s not uncommon for an adult to organise their parent’s banking. But tellers are trained to direct questions at the customer to ensure what’s being requested checks out, even if it prompts an awkward conversation.

“There’s a lot of potential complexities especially if a customer says, ‘I need to do this otherwise I can’t see my grandchildren’ or, ‘I’m living with my son now, so I need to pay for whatever it might be’,” she says.

“So we need to respect the customer’s wishes if they want to continue the arrangement they have. It can be quite challenging.”

Banks can remove a third party’s access or freeze an account if tellers or data analysts identify financial elder abuse cases. The banks are also advocating for changes to laws that would allow staff to report in good faith without breaching privacy rules.

The head of the Latrobe family violence investigation unit, Detective Senior Sergeant Rod Findlay, says the banks’ involvement, for example, has been “fantastic” in assisting police.

But the trial’s effectiveness, he says, comes from a community-wide approach that has brought a generational shift on tackling the problem. The trial is currently afoot in five police divisions across the state and has been extended into a second year.

“But it’s not something we can arrest our way out of. The agencies we work with, they’re the keys to societal change.”

At Seniors Rights Victoria, Ms Edwards says many reports are resolved through legal letters, intervention orders, civil action or forms of mediation. However, the improved communication between the sectors and police means some problems can be addressed swiftly.

“There was one case where a house settlement was given to the daughter instead of the [elderly] mum,” she says.

“The police just went around and had a chat and the next day the money was in the mum’s account. So that was great because in the past you might get police at the front desk say, ‘It’s a civil matter, it’s a family matter, sort it out some other way’.”