FTX’s in-house shrink has denied rumors that the crypto exchange was run by young employees who were all in relationships with one another and did drugs.

Speaking to the New York Times on Tuesday, psychiatrist George K. Lerner suggested the culture at FTX was actually ‘undersexed’ following rumors it was a ‘polycule’ — a term for a web of non-monogamous relationships.

The 46-year-old doctor also denied that the employees all took amphetamines to work long hours, despite disgraced CEO Sam Bankman-Fried’s ex-girlfriend bragging about ‘regular’ drug use on Twitter.

‘It’s a pretty tame place,’ Lerner said. ‘The higher-ups, they mostly played chess and board games. There was no partying.

‘They were undersexed if anything,’ he claimed.

The once-popular crypto exchange has been under scrutiny over the past few weeks after it filed for bankruptcy.

Around $2billion of the $10billion transferred to Alameda is reportedly still missing.

It was one of the biggest crashes in the crypto market, with one-time crypto golden boy Bankman-Fried at the center of the controversy as he admitted: ‘I f***** up.’

The company is now being investigated by the FBI. 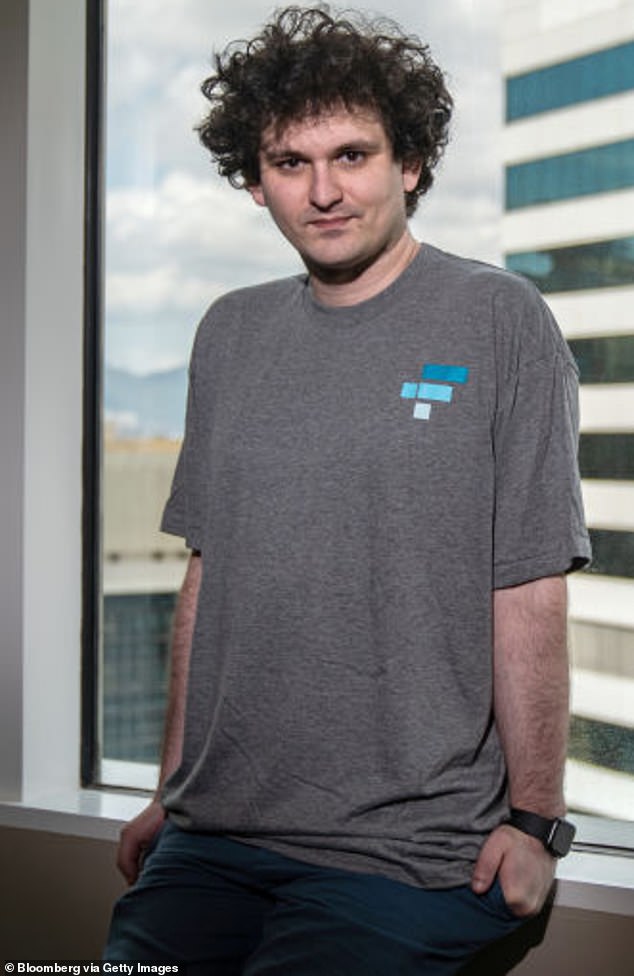 Young billionaire Sam Bankman-Fried has been under scrutiny since  his firm FTX filed for bankruptcy last week. It was later revealed transferred $10billion of FTX customer money to crypto trading house Alameda Research 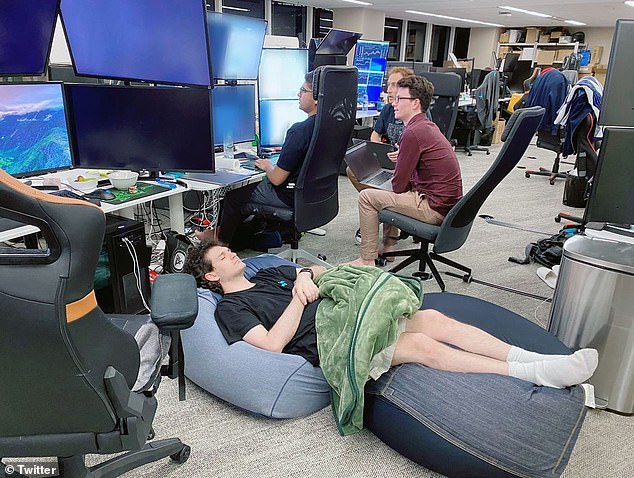 He also tweeted ‘I f***** up’ and ‘should have done better’ amid the ongoing crisis at FTX.com

Lerner said he first met Bankman-Fried years ago when he was working as a psychiatrist in San Francisco, but moved to the Bahamas to serve as FTX’s in-house coach in June.

He then started offering his coaching services to the millennial FTX employees 32 hours a week, the Times reports, while also keeping a small practice on the side.

Lerner said many of the 300 employees who ran the crypto exchange mainly moved to the Bahamas from big cities in the United States and Asia. A few are said to have lived together in a partial group home.

They spent much of their days inside the office, Lerner said, exclaiming: ‘They were working too much, it would have been healthier if they did have more healthy dating relationships.’

Lerner also said that some employees may have been given prescription medication to treat ADHD, but insisted the ‘rate of ADHD in the company was in line with most tech companies.’

Amphetamines can be prescribed against Attention-deficit Hyperactivity Disorder (ADHD).

He claimed he only provided prescription medication to those he met as part of his personal practice, and said Bankman-Fried — who has spoken openly about experimenting with focus-enhancing drugs, had some nervous habits, like rapidly tapping his feet that he would try to calm down with video games.

Lerner said he also provided Bankman-Fried with a fidget spinner. 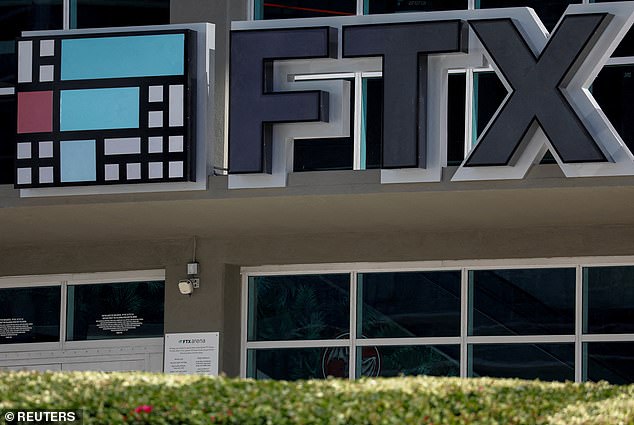 Psychiatrist Dr. George K. Lerner told the New York Times how he worked as an in-house therapist for the firm, which hired about 300 millennial employees 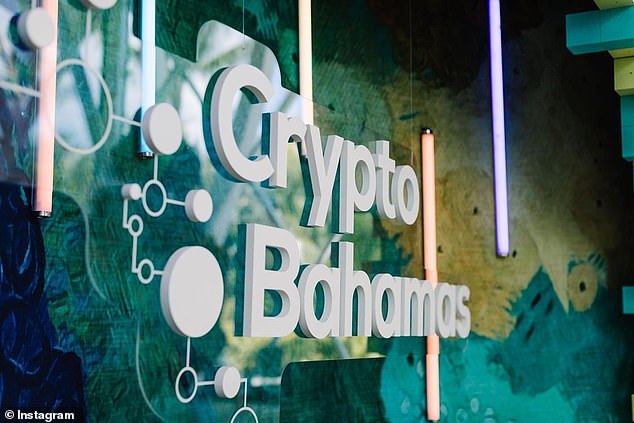 The psychiatrist went on to note that the atmosphere at the crypto exchange became more tense over the spring and summer as the crypto market plummeted, attributing it to the fact that many employees had their own crypto investments that were losing value and they were worried about the firm’s financial health.

Unbeknownst to him, at around the same time, FTX began using customer funds to repay loans taken out by Alameda Research.

But Lerner said he saw no indication that anything was wrong, explaining: ‘The kind of stuff we talked about was mostly like: “Are the employees happy? How do we keep them happy? What is the most effective, efficient way for the organization to be organized?”‘

‘I never dealt with the product, and he never talked to me about the product,’ Lerner said of the 30-year-old billionaire. 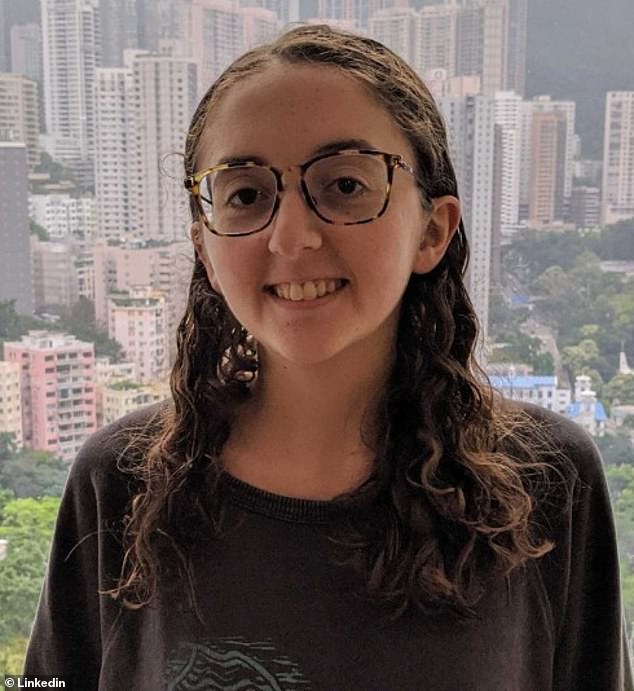 Caroline Ellison, who served as CEO of Bankman-Fried’s crypto trading house Alameda Research, once made a viral post on social media about using amphetamines

Lerner’s description of the company paints a different picture than what has previously been reported about the doomed crypto exchange, which faced even more scrutiny after it was revealed Caroline Ellison, who served as CEO of Bankman-Fried’s crypto trading house Alameda Research, once made a viral post on social media about using amphetamines.

The crypto CEO whose troubled FTX sparked market panic: Hoodie-wearing vegan once worth ‘$25BILLION’ who sleeps four hours a night

Sam Bankman-Fried, a vegan who sleeps four hours a night, had become a public face of crypto money, with a personal fortune estimated at nearly $25 billion, which according to Forbes magazine has since shrunk to $16.6 billion.

Almost always appearing with a hoodie and a dark T-shirt, Bankman-Fried has pledged to donate almost all of his fortune to his favored causes, like animal welfare and the fight against global warming.

The son of Stanford Law School professors and a graduate of the elite Massachusetts Institute of Technology (MIT), he worked as a broker on Wall Street before turning to cryptocurrencies in 2017.

Bankman-Fried moved the company to the Bahamas, where taxes are almost nonexistent, saying the Caribbean nation is ‘one of the few countries that has a comprehensive licensing regime for cryptocurrencies and cryptocurrency exchanges.’

He has been a vocal advocate for smoother access to the crypto market for the general public, particularly in the United States.

‘Nothing like regular amphetamine use to make you appreciate how dumb a lot of normal, non-medicated human experience is,’ she tweeted on April 5, 2021.

Ellison did not elaborate which amphetamine drug she had taken, only that it helped motivate her to get out of her house and decide what to eat quickly.

It marked the second time amphetamines had been linked to FTX’s top brass, as a 2020 episode of the Listen Notes podcast recently resurfaced in which Bankman-Fried admitted he experimented with the drug.

‘In general, probably half of all people or more should be taking meds of some kind, because they just make your life a lot better,’ Bankman-Fried said of Adderall, a common amphetamine prescription drug.

He likened to the drug to no ‘different than coffee.’

Ellison and Bankman-Fried are understood to have dated, but have since split.

According to CoinDesk, she was among the nine friends who lived with the former tycoon in a luxury penthouse in the Bahamas.

He said he slept mostly on couches and beanbags at the five-bed mansion, which he is now trying to sell for $40million.

It seems he and Ellison weren’t the only pair getting cozy on the beanbags, with reports that the group were all dating each other.

The entire operation has been described as being ‘run by a gang of kids in the Bahamas’.

Ellison is said to be ‘obsessed’ with Harry Potter and started her trading career at Jane Street, a New York firm, in 2018. She moved to Alameda Research in 2020 after meeting Bankman-Fried.

She is the daughter of two economists and graduated from Stanford University in 2016 with a degree in mathematics.

She said that working for the company was ‘too cool’ of an opportunity to pass up, and that it was ‘wild’ that she had been there since the beginning.

When asked on a podcast if she could ‘pull off’ her job without her degree in mathematics, she said: ‘I absolutely could pull it off without my math degree. I used very little math.

‘I use a lot of elementary school math arithmetic probability but not really any of the advanced stuff I learned in college.’

The whiz kid was just a trader at Alameda at the time the podcast was recorded, becoming CEO in July 2021.

She admitted that she didn’t set out to become a trader, adding: ‘What do math majors do? I guess I’ll apply to some internships with some trading firms, see how that is.’

It is unknown how Ellison’s net worth has been affected by the collapse of FTX, but prior to the fallout she was estimated to be worth around $15million. 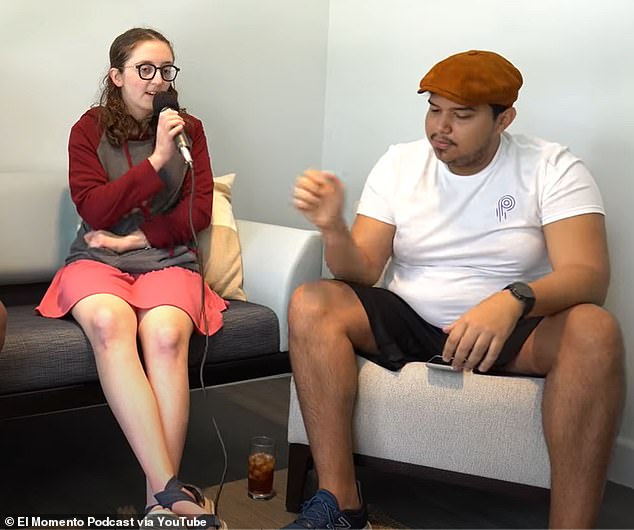 Ellison, left, told the El Momento podcast that she could ‘absolutely’ do her trading job for Alameda without her Stanford University math degree

Everything came crashing down though on Friday, after traders rushed to withdraw $6 billion from the platform in just 72 hours and rival exchange Binance abandoned a proposed rescue deal.

It was engulfed in more chaos on Saturday after saying it had detected unauthorized access. Analysts said hundreds of millions of dollars of assets had been moved from the platform in ‘suspicious circumstances’.

The Wall Street Journal has since reported that BlockFi, which had halted withdrawals over the weekend following FTX´s bankruptcy, is now actively considering bankruptcy and plans to lay off its staff.

In previous public comments, BlockFi’s management made it clear that FTX’s failure had pushed the company towards being out of business. FTX had provided financial aid to BlockFi this summer, including a $400 million credit facility backed by its own balance sheet. 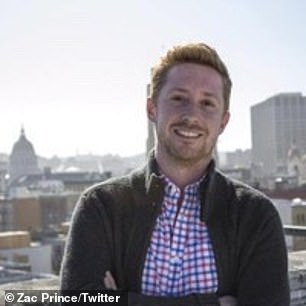 SALT’s CEO said he is ‘fully committed still to recover from the damages as victims.’ Pictured: SALT CEO Zac Prince

‘We are shocked and dismayed by the news regarding FTX and Alameda,’ BlockFi said Saturday, referring to FTX and Bankman-Fried’s hedge fund Alameda Research. ‘Given the lack of clarity on the status of FTX.com, FTX US and Alameda, we are not able to operate business as usual.’

Another crypto firm, crypto lending firm SALT Blockchain, also appeared to be on the verge of failure. The company Bnk to the Future pulled out of its agreement to buy SALT, citing its exposure to FTX.

In tweets, SALT’s CEO said he is ‘fully committed still to recover from the damages as victims.’

In a sign of how fearful investors are that the cascading effects could do long-term damage, cryptocurrency exchange Binance proposed the creation of a rescue fund that would save otherwise healthy crypto companies from failure.

Binance’s founder and CEO Changpeng Zhao effectively laid out the possibility of a crypto-like central bank or deposit-insurance pool to be a lender of last resort to keep healthy firms from failing. 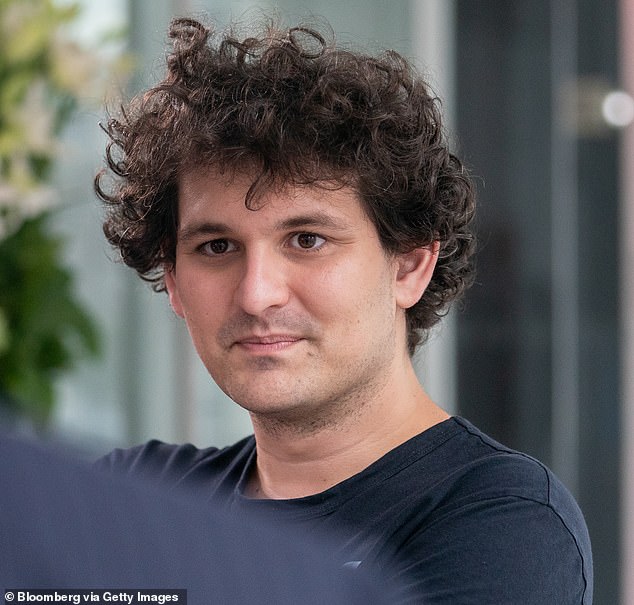 Meanwhile, American and Bahamian authorities are discussing the possibility of bringing Bankman-Fried back to the United States for questioning as federal regulators have opened investigations into the crypto exchange’s crash.

Crypto trading firms are scrambling to prevent mass withdrawals after it emerged the collapse of Bankman-Fried’s FTX platform is under investigation by attorneys in Manhattan.

Here is a history of FTX since its foundation in 2019:

October – FTX raised capital at a valuation of $25 billion from investors including Singapore’s Temasek and Tiger Global.

Jan. 27 – FTX’s U.S. arm said it was valued at $8 billion after raising $400 million in its first funding round from investors including SoftBank and Temasek.

Jan. 31 – FTX raised $400 million from investors including SoftBank at a valuation of $32 billion.

July 1 – FTX signed a deal with an option to buy embattled crypto lender BlockFi for up to $240 million.

July 29 – FTX said it won full approval to operate its exchange and clearing house in Dubai.

Aug. 19 – A U.S. bank regulator ordered crypto exchange FTX to halt ‘false and misleading’ claims it had made about whether funds at the company are insured by the government.

Nov. 6 – Binance CEO Changpeng Zhao said his firm would liquidate its holdings of FTT due to unspecified ‘recent revelations’.

Nov. 8 – FTT collapses by 72% as clients swamp the exchange with withdrawal requests. Binance offers a potential bailout in a non-binding deal.

Nov. 9 – Binance backs out of the rescue plan, saying: ‘As a result of corporate due diligence, as well as the latest news reports regarding mishandled customer funds and alleged US agency investigations, we have decided that we will not pursue the potential acquisition of FTX.com.’