Funny moment reporter tells off Trump fan who interrupts segment to ask ‘is this real or fake news?’

A REPORTER has gone viral for telling off a Donald Trump supporter who interrupted his segment when election victory was called for Joe Biden.

Alex Zdan, a political reporter with News 12 New Jersey, was reporting on reactions to the news when a man wearing a Trump mask interrupted his reporting to ask: “Is this real news or fake news?” 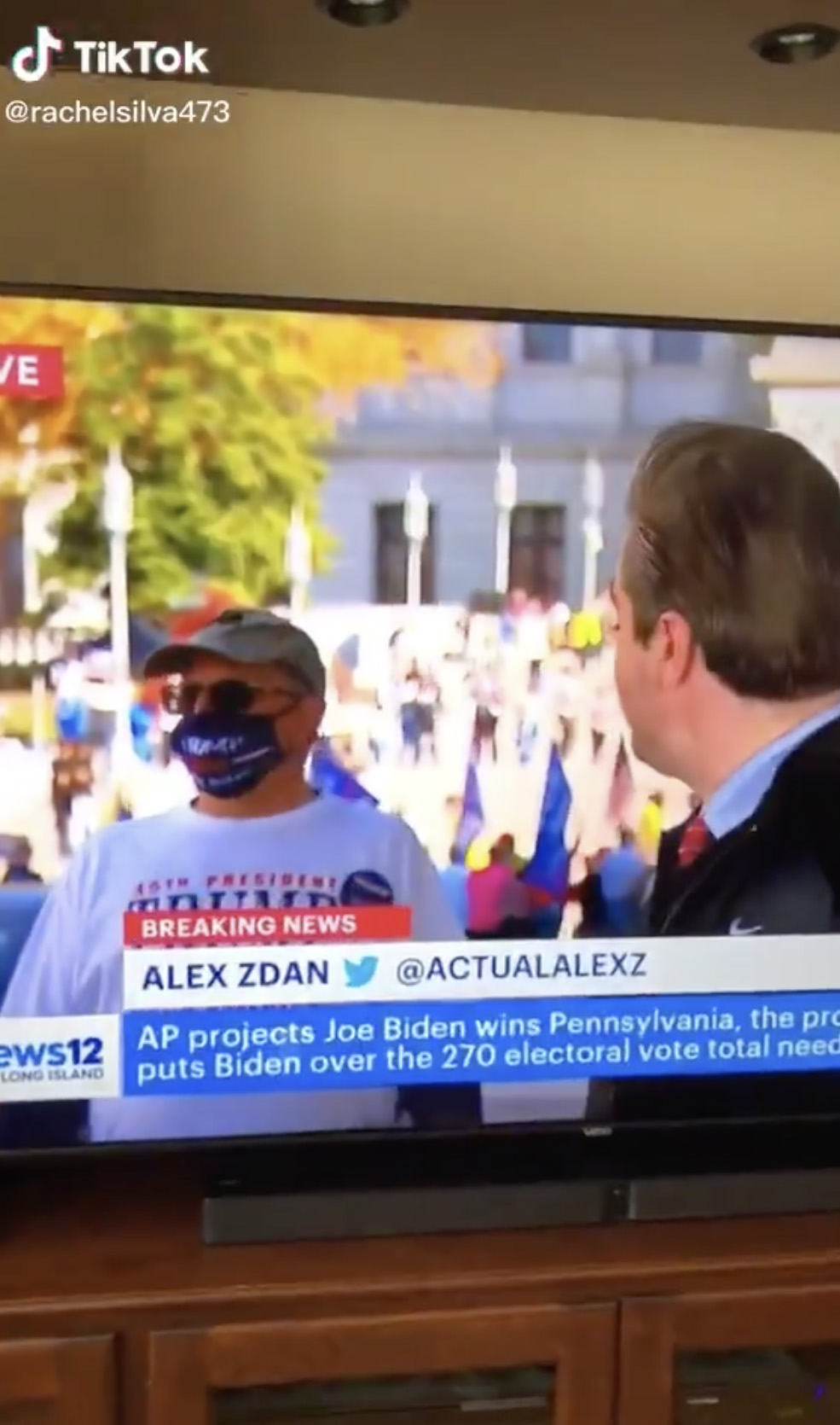 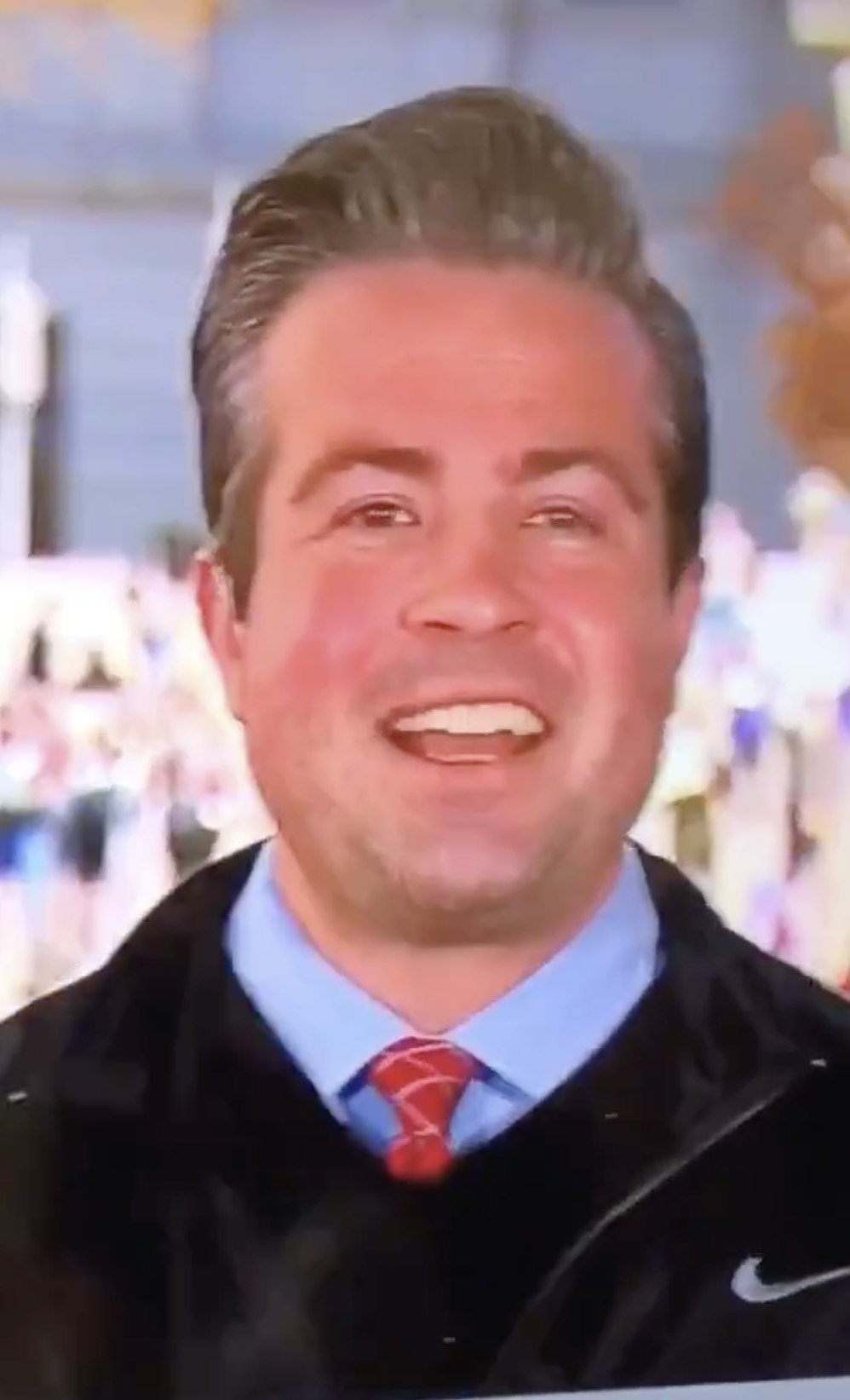 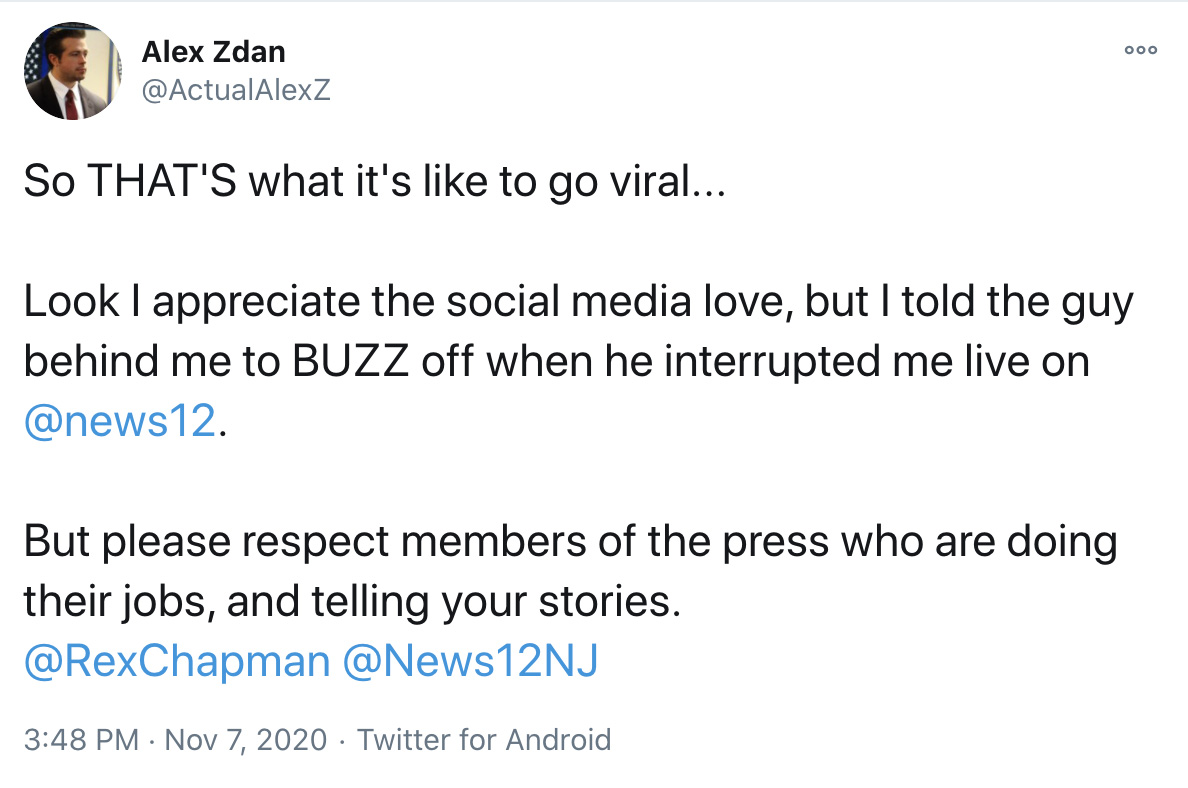 “Buzz off,” responded Zdan, who turned back to the camera and smiled before resuming his segment.

The interaction quickly went viral as viewers believed he said “F**K off.”

Zdan later took to Twitter to assure viewers that he did not, in fact, use profanity.

“So THAT'S what it's like to go viral…Look I appreciate the social media love, but I told the guy behind me to BUZZ off when he interrupted me live on @news12,” Zdan tweeted.

He added: “But please respect members of the press who are doing their jobs, and telling your stories.”

Donald Trump and his supporters have routinely lambasted the media as “Fake News” throughout the tenure of his presidency.

A news reporter in Florida was interrupted by her shirtless dad while filming a segment about the coronavirus earlier this year, WHDH reported.

A Kentucky man was arrested and charged with harassment in 2019 after swooping in to kiss Louisville television reporter Sara Rivest during a live shot without her consent.

Another clip shows a veteran reporter keep his cool after his shot was interrupted by Black Lives Matter protesters, Daily Mail reported.