Masked demonstrators yesterday descended on the US Consulate in the Kazakhstan capital Almaty with an effigy of Borat in a coffin draped with a stars and stripes. 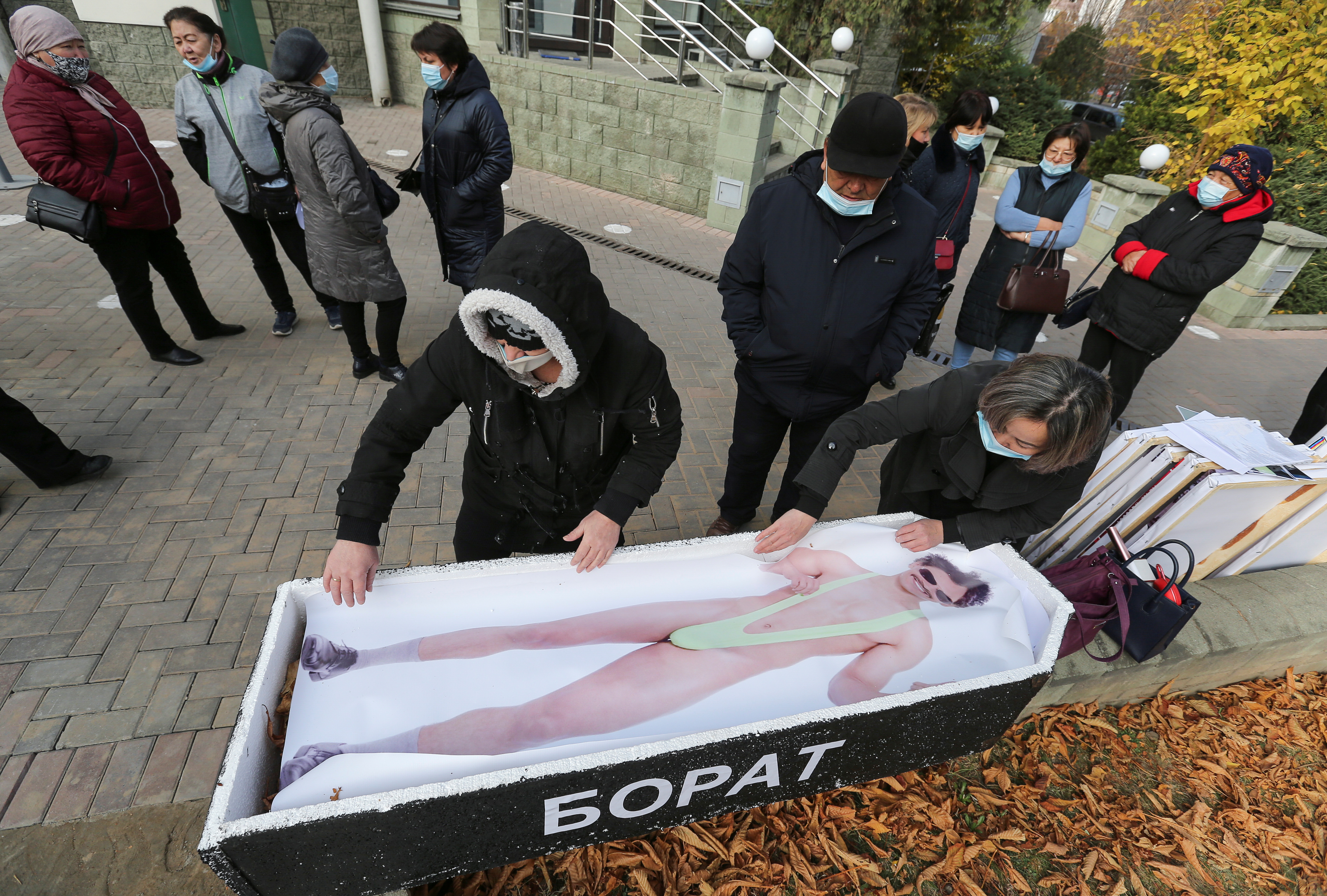 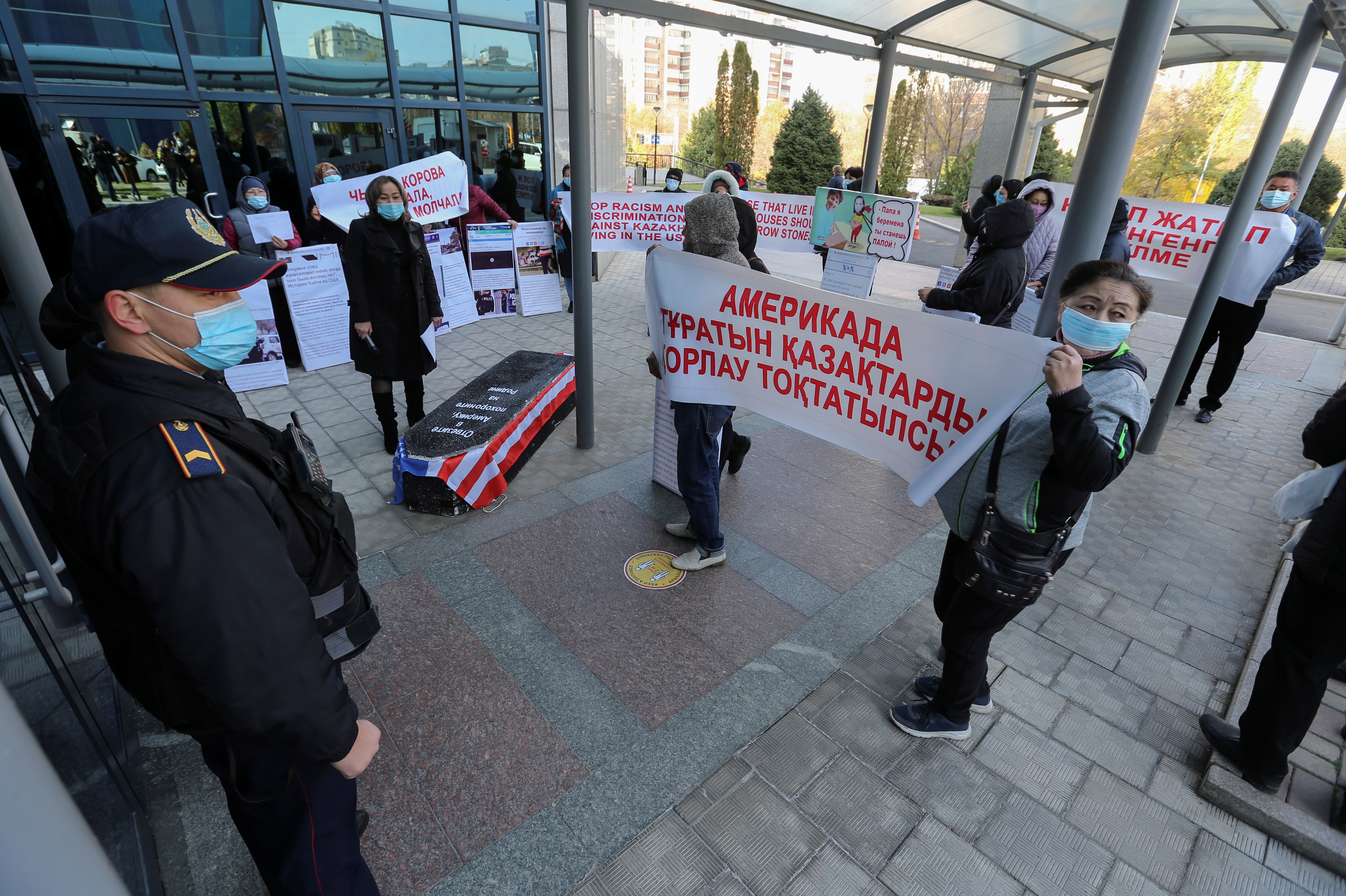 The protesters carried banners reading “Those that live in glass houses should not throw stones” and “Stop racism and discrimination”.

In Amazon Prime’s Borat Subsequent Moviefilm, Baron Cohen stars as the dim Kazakh reporter mocking Donald Trump followers on a tour of the US.

But unrest has been growing since the movie’s marketing team set up fake social media accounts pretending to be the Kazakh government.

One said: “Little known fact: Kazakhs were first in the world to domesticate horses. 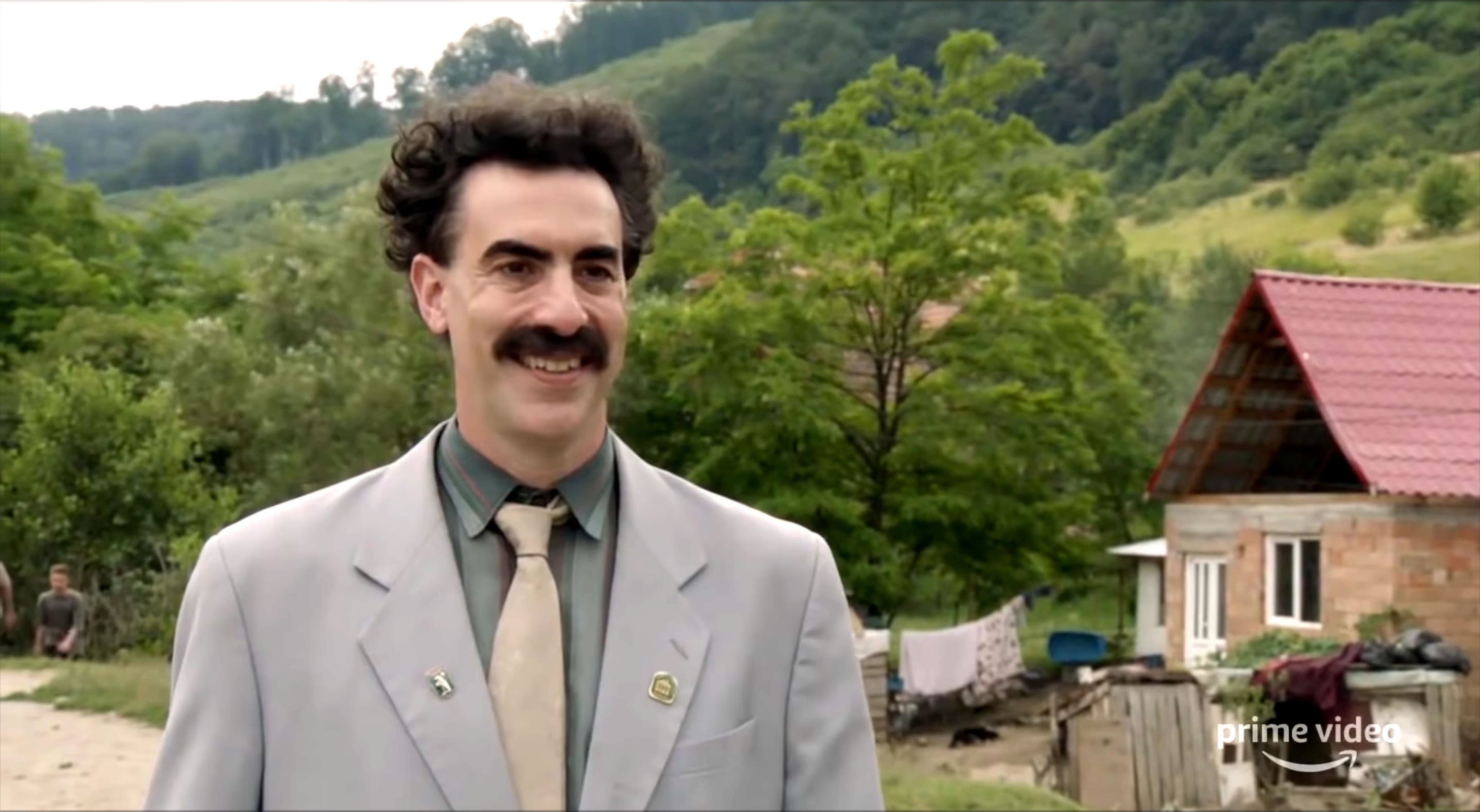 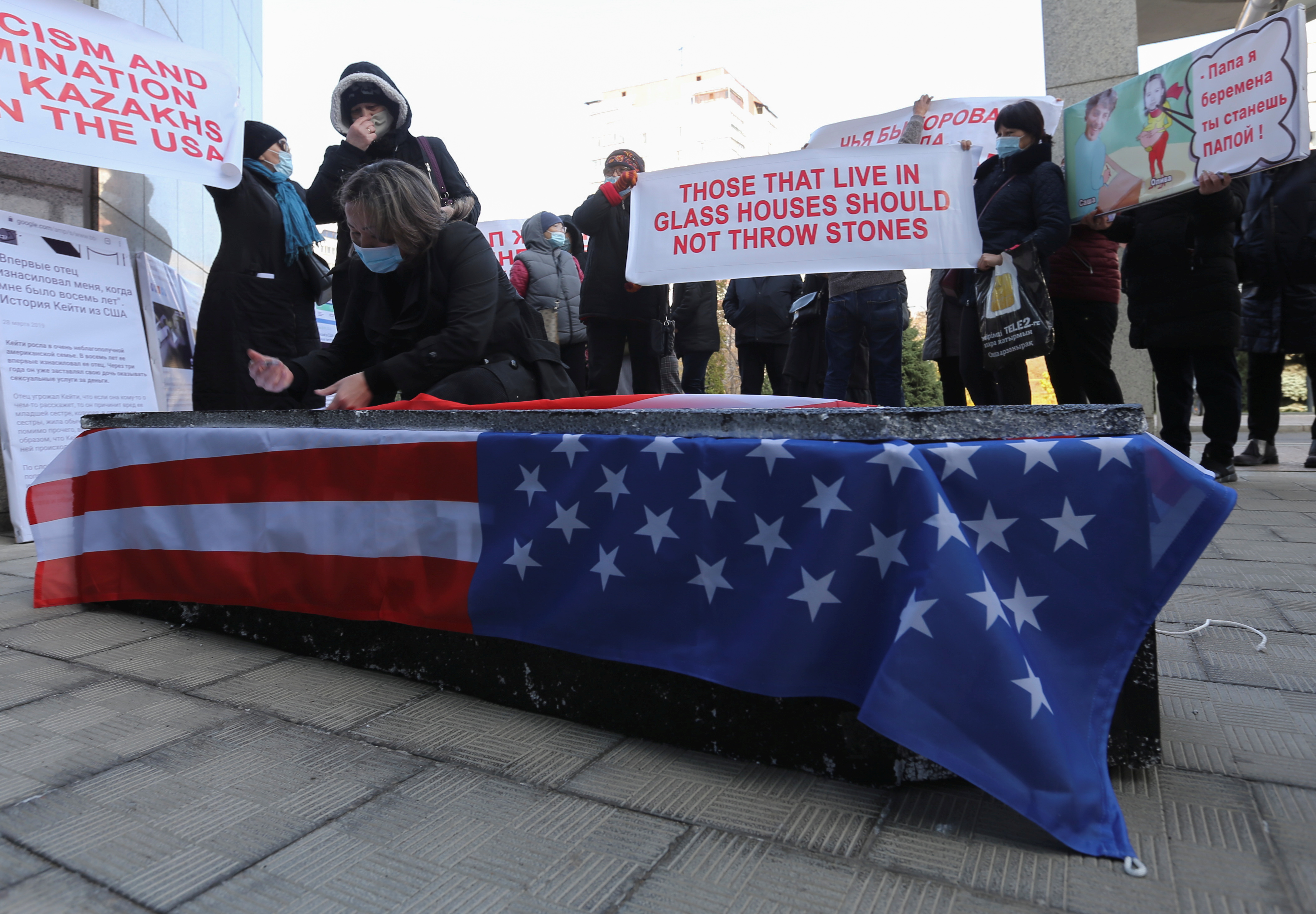 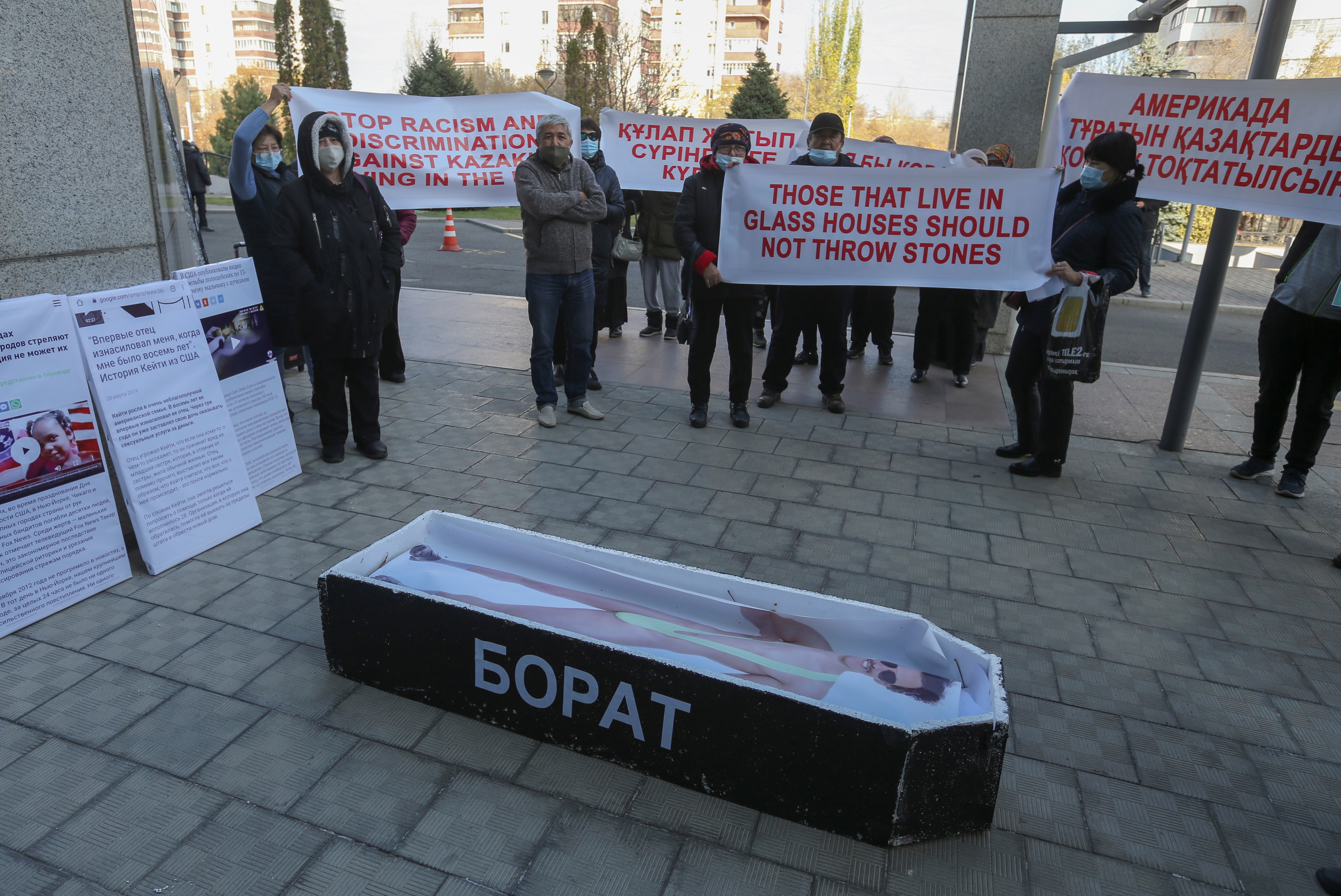 "Another great moment in the history of our great nation!”

Kazakhstan’s Prime Minister Askar Mamin was obliged to deny any link to the account.

The first Borat film in 2006 caused similar outrage — but it boosted tourism and bosses now use the “very nice” line.