George Eustice warns EU that Britain will get tough

We’ll board your boats if you don’t back down: George Eustice warns EU that Britain will get tough if Brussels doesn’t back down in row over shellfish exports

Britain could start boarding European fishing boats to interrupt their catches unless Brussels backs down in a row over shellfish exports, a Cabinet minister indicated yesterday.

Environment Secretary George Eustice warned that the Government could drop its ‘pragmatic and sensible’ approach unless the EU starts being reasonable in return.

The shellfish can only be transported to the Continent if they have already been treated in purification plants. 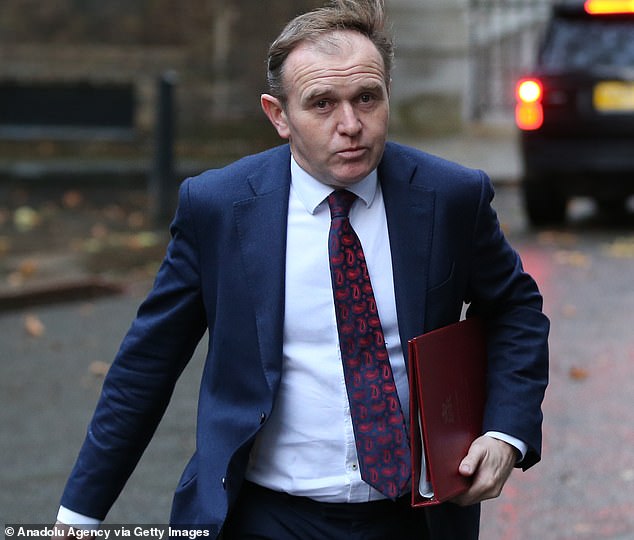 Sheryll Murray, Tory MP for South East Cornwall, said: ‘I know [Mr Eustice] has tried his best but the time has now come to show the EU that we will not surrender to their games.

‘I call on [Mr Eustice] to start the necessary frequent boardings on EU vessels fishing in our exclusive economic zone to ensure they comply with UK rules.’

Mr Eustice responded: ‘It is the case that in many, many areas, we have taken a pragmatic, sensible, phased approach in the initial months, but there’s no obligation on us to continue that.

‘And indeed we do… want to see some reciprocation from the EU in terms of application of common sense and reasonableness, and we reserve our position in all of those other areas, and of course it goes without saying that any EU vessels accessing UK waters will need to abide by UK law.’

Mr Eustice’s signal of a tougher approach came as Michael Gove scolded the European Commission for prioritising its ‘integrationist theology’ over peace in Northern Ireland.

Ahead of crunch talks with the EU later this week, the Cabinet Office minister also called for pragmatism and practicality – this time in resolving trade issues.

As part of the Brexit talks, the UK and EU agreed to the Northern Ireland protocol that is designed to avoid the need for a border on the island of Ireland. But this has led to disruption of goods crossing the Irish Sea, with checks imposed on those moving from Great Britain to the province.

Supermarkets have reported depleted shelves while concerns have been raised that Northern Ireland’s place within the UK is being undermined.

Boris Johnson has warned he is ready to suspend parts of the Brexit deal unless the EU agrees to ease checks on goods crossing the Irish Sea. 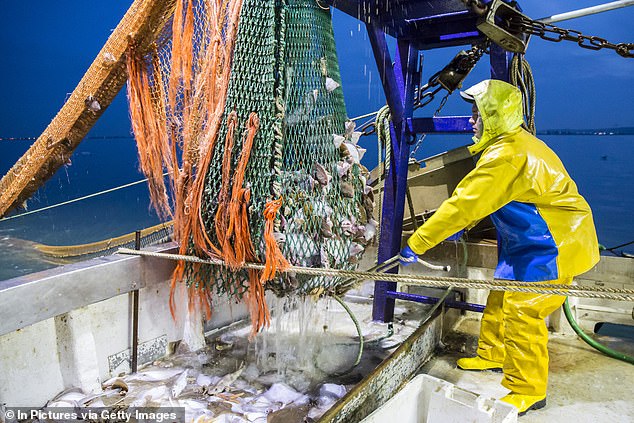 It comes after Brussels told British fishermen they are indefinitely banned from selling live mussels, oysters, clams, cockles and scallops to EU member states. Pictured: A fisherman from Folkestone empties one of his nets

Appearing before MPs on the European scrutiny committee yesterday, Mr Gove criticised the impact of red tape on trade from Great Britain to Northern Ireland, including a ban on plant exports if they have any soil on them.

‘It does not threaten… the integrity of the EU single market to have bulbs ordered from a wholesaler in Scotland or England which will then be planted in a garden in Belfast or Ballymena,’ he said.

‘We need to be pragmatic and practical… if people put a particular type of integrationist theology ahead of the interests of the people of Northern Ireland they are not serving the cause of peace and progress.’

European Commission vice-president Maros Sefcovic is due in London on Thursday for crisis talks with Mr Gove about the border problems.