George Osborne has urged Boris Johnson not to scrap HS2 after the Prime Minister launched a major review of all government projects with plans to axe those which are deemed a waste of money.

The former chancellor said today that the proposed high speed railway line which is designed to better connect London and numerous northern cities ‘must go ahead’.

There are growing concerns about the cost of the landmark infrastructure project which originally came with a price tag of £55 billion but new estimates suggest the figure could be £88 billion.

Critics have claimed HS2 costs are ‘out of control’ and ultimately could result in a £40 billion loss for taxpayers.

Mr Johnson ordered senior ministers yesterday to begin assessing each and every ongoing Whitehall project to make sure they represent a wise use of government money.

Departments will have to present their findings to Chancellor Sajid Javid and the Treasury with those deemed to be a waste of cash likely to be scrapped or overhauled. 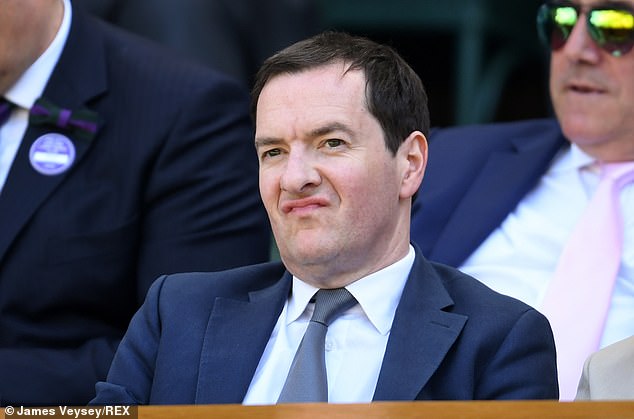 George Osborne, pictured at Wimbledon in July last year, has urged the government not to scrap the HS2 railway line

Mr Johnson reportedly told his Cabinet that now is the ‘time for the slaughtering of sacred cows’ with Downing Street braced for officials to ‘squeal’ in protest at the PM’s war on frivolous spending which could see the projects of previous governments consigned to the bin.

But Mr Osborne, the architect of the so-called Northern Powerhouse initiative designed to boost economic growth in the region, said HS2 must be allowed to go ahead.

He told BBC Radio 4’s Today programme: ‘HS2 is absolutely critical to changing the economic geography of this country.

‘For the nation that invented the railway, the fact that we are virtually the only nation in Europe without high-speed lines should be an embarrassment.’

Mr Osborne added: ‘HS2 must go ahead. It must be accompanied by what is called Northern Powerhouse Rail or HS3, which is across the North. I think that’s critical.’

The former chancellor said he understood Mr Johnson’s desire to have a Whitehall clear out but stressed the Northern Powerhouse should not be a victim of the cull.

‘I am all for new governments clearing out some of the projects previous governments accumulate and perhaps have served their time,’ he said.

The Tories labelled HS2 a ‘great ambition’ in their 2019 general election manifesto but stopped short of giving a cast iron commitment to proceed with the project.

Instead they pledged to ‘consider the findings’ of an official probe into the cost and timing of the project ‘and work with leaders of the Midlands and the North to decide the optimal outcome’.

Even if the network is not scrapped there are fears that it could be scaled back with slower trains or a less extensive route previously floated as potential ways of saving money. 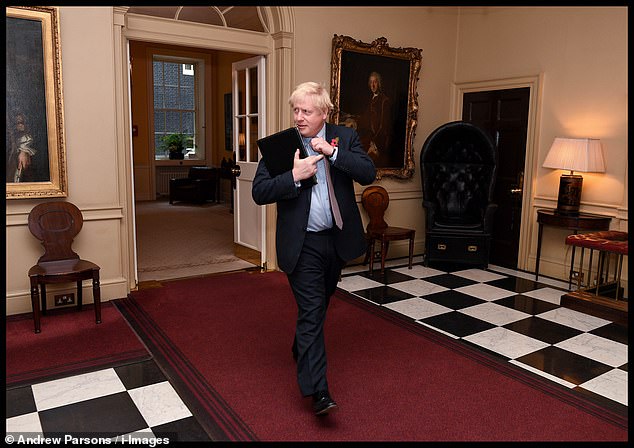 Boris Johnson, pictured in Downing Street in November, has launched a review of every ongoing government project 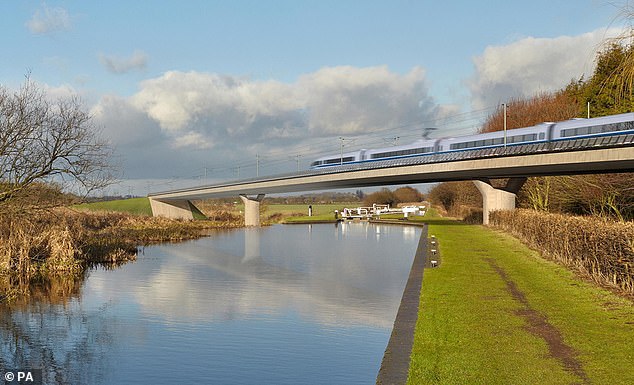 The PM will be keen to deliver benefits to those areas in order to ensure they remain Conservative in the future and scrapping HS2 could harm those hopes.

Mr Johnson and Mr Javid told ministers yesterday that ‘tough decisions’ will be taken ahead of the Budget on March 11 ‘in order to prepare the economy for the next decade’.

It means that thousands of projects will now be scrutinised in the coming weeks to see if they should continue.

It is understood that no specific projects were mentioned by name during yesterday’s Cabinet meeting.

Every so-called ‘legacy project’ – those started under a previous government – will also be rated on whether they fit with the new administration’s priorities and the latest Tory manifesto which propelled Mr Johnson to an 80-seat majority at the election last month.