Germany was dubbed the ‘sick man of Europe’ yesterday after it was forced to ration heating and hot water and dim street lights due to an energy crisis.

The country remains heavily dependent on Russian gas supplies even as Vladimir Putin’s forces continue their assault on Ukraine – and there are fears the taps could be turned off.

Russian gas supplies via its Nord Stream 1 pipeline are already being choked off. Gazprom, Russia’s gas giant, has reduced volumes sent via the pipe to 40 per cent of capacity – because of delays in servicing a turbine, it says. 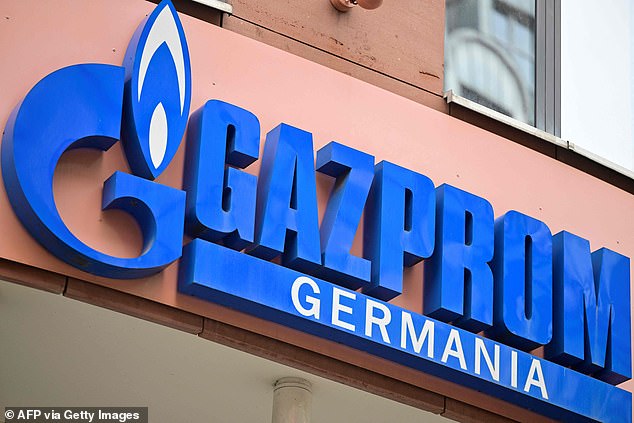 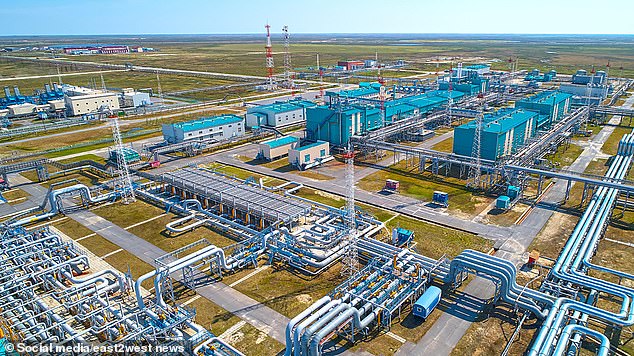 In Germany, the crisis is particularly acute. The country’s largest residential landlord, Vonovia – which owns 490,000 apartments – is limiting central heating between 11pm and 6am to 17C

From Monday, Nord Stream 1 will be shut down for ten days for regular maintenance, but there are doubts over whether it will resume on time. Energy bills are being pushed higher across Europe as the war drives up wholesale prices.

But in Germany, the crisis is particularly acute. The country’s largest residential landlord, Vonovia – which owns 490,000 apartments – is limiting central heating between 11pm and 6am to 17C.

A housing association in Saxony has been rationing the supply of hot water to tenants to ten hours a day over three set periods, according to the Financial Times.

A district near Frankfurt is switching off hot water in schools and gyms from September, while Dusseldorf has closed a swimming pool complex and Cologne is dimming its street lighting to 70 per cent of full strength from 11pm.

Germany last month moved to stage two of its three-tier emergency gas plan – one step before the government begins full-scale rationing of fuel consumption as it steels itself for shortages.

It has said that households would be prioritised over industry in the case of an emergency, while appealing to the public and companies to cut consumption.

Julian Jessop, economics fellow at the Institute of Economic Affairs, said that while much recent commentary had been focused on Britain’s economic worries, Germany was ‘the real sick man of Europe’.

‘They are talking about effectively rationing,’ Mr Jessop added.

‘Even if they can keep subsidising prices, at the end of the day if the energy’s not there, it’s not there. It’s clearly a major problem for them.’

Last month Germany announced it was going to burn more coal so it could limit its use of Russian gas.

÷ Drivers in rural areas of Britain are potentially being ripped off by petrol retailers, the competition watchdog said yesterday.

A report by the Competition and Markets Authority (CMA) said motorists in rural areas pay on average 1p to 2p a litre more for fuel – and that in some regions it is ‘substantially more’ than this.

It said there tended to be fewer supermarket forecourts in rural areas, meaning less competition, with profit margins potentially being inflated.

The CMA report, ordered by Business Secretary Kwasi Kwarteng, said: ‘Weak competition… may lead to price differences that are unrelated to costs.’