Girls, 16, 'savagely beat teen, 17, and dumped her to drown in creek before going to McDonald's for smoothies' THREE teenage girls stabbed a 17-year-old to death before dumping her body and driving to McDonald's for smoothies, according to reports.

Lesley Luna Pantaleon was beaten with a metal pole and stabbed before her body was found in Catoma Creek, Alabama in July, court documents say. 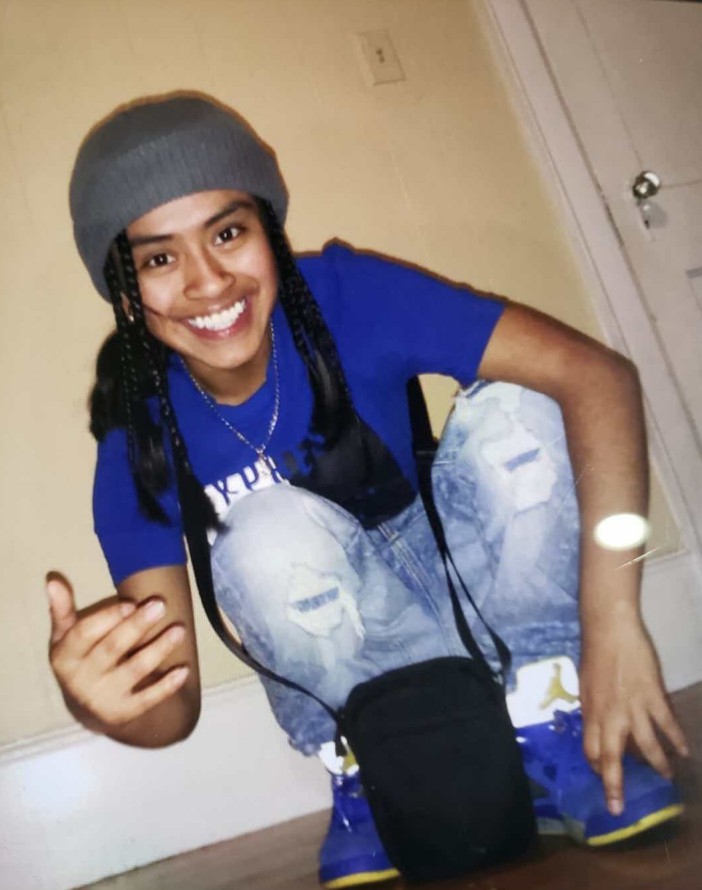 Ta’Niya Merriweather, Erin Taylor, and Tyeshia Whisenant, all 16 and from Montgomery, have each been charged as adults with capital murder.

Detectives believe the three teens were involved in a fight with Lesley before killing her and dumping her body in a river.

During a court hearing on Tuesday, Detective Ashley Brown said the trio admitted the fight had started with a missing gun, reports Montgomery Advertiser.

The gun was stolen from Lesley in the days before her death, Brown said, and she had gone to get it back from Whisenant's house in Gibbs Village on the night she was killed.

Lesley and Whisenant got into a physical fight at the house before the three defendants, Lesley, and a juvenile boy, who has not been named, drove away in the victim's 2006 Blue Chevrolet Trailblazer.

Taylor, who was driving the car, then pulled over in a wooded area of Old Selma Road where Lesley was beaten with a metal pole from a gate and stabbed to death, Brown said.

The three teens and the young boy briefly returned home to wake another girl, before returning to the crime scene and dumping Lesley in the back of the car, along with the pole used to beat her.

"They take her on a long, bumpy road for a couple of minutes, get to a creek and river area, then they threw her in the river," Brown testified, according to the Montgomery Advertiser.

"The pole was also thrown in the river. According to Tyeshia, it appeared the victim was trying to swim."

After dumping Lesley's body in the river, the teenagers drove to McDonald's, Brown said, and a receipt timestamp shows the trio bought smoothies at 6am.

Her car was later seen parked in a church, which had been taken by the teens along with her phone after her death.

Attorneys representing Merriweather, Taylor and Whisenant said robbery was not a motive in the case and therefore the charges were unjust.

According to reports, Ben Schoettker, representing Whisenant, said: "If you look at the situation logically, it's not a robbery and its not a capital murder.

"What happened is terrible. It’s not capital murder. There’s no evidence that they killed this person to get a car and a cellphone.

"They killed this person because of a dispute, and it got out of hand. No one wanted her car or her cellphone." 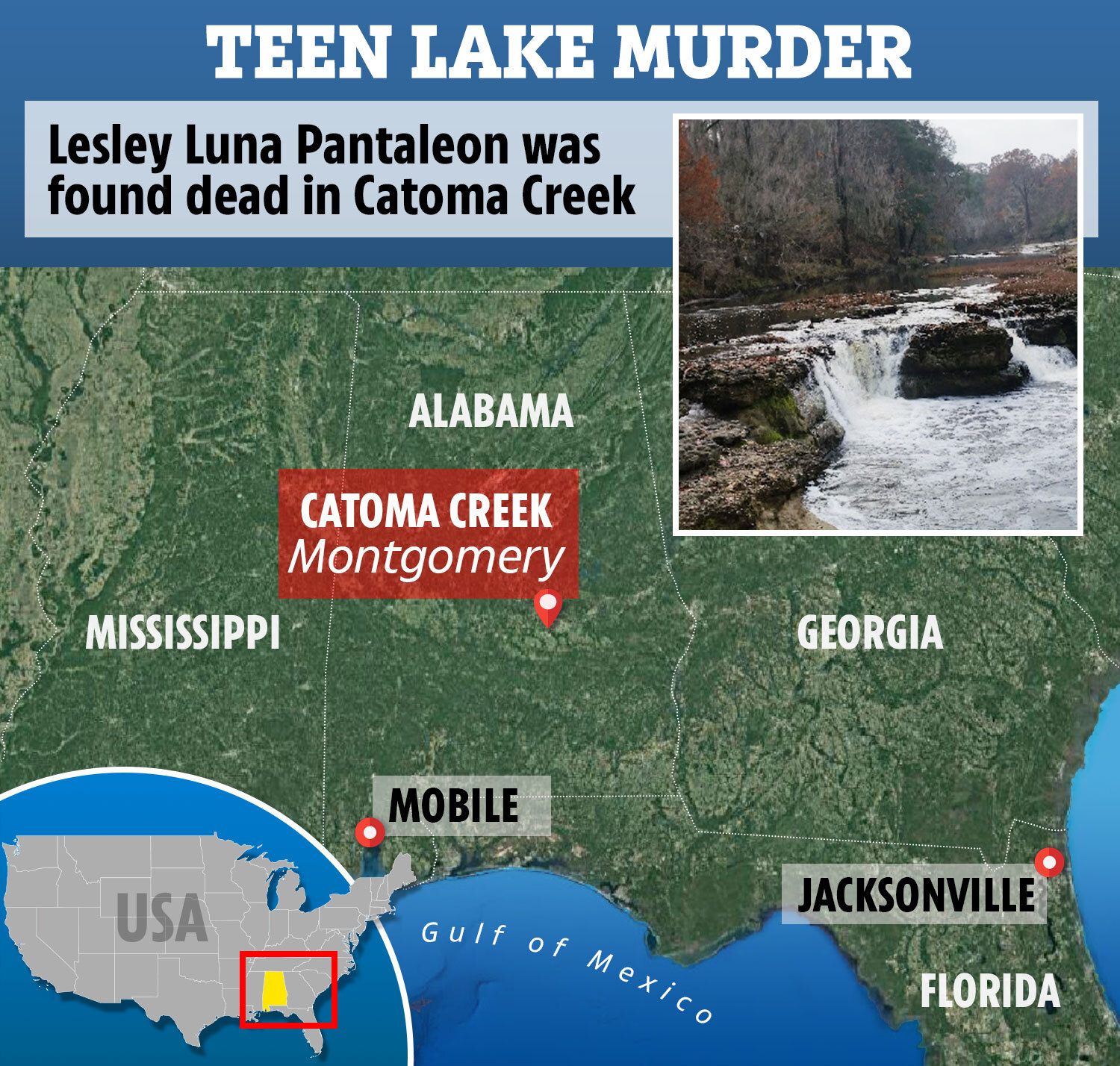 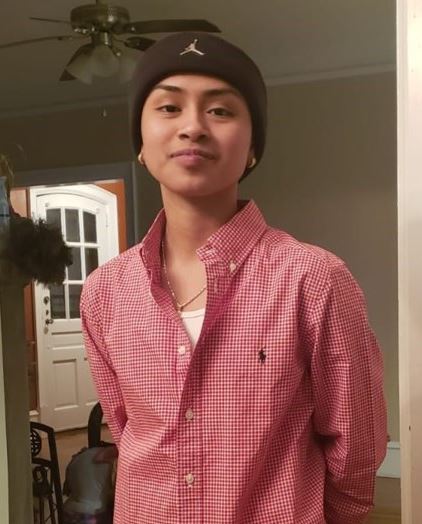 Prosecutor Scott Green responded: "This phone is evidence in a murder. She [Taylor] was caught with that phone.

"She kept it anyway. She had something involved in the murder of a teenage girl and rather than give it up she kept texting her friends and family."

Green added: "I do think this was a heinous and cruel capital murder. What we have is a teenage girl literally beaten so badly that the medical examiner had to take a guess as to what caused her death.

"This is not because she made a phone call. That may have been what kicked it off, but once these four people became angry with her, she never stood a chance.

"They took her stuff and they took her and they beat her more and threw her in the creek to drown her or for her to die from her injuries.

"She would have been better off in a car with four monsters than with these people. They’re exactly where they belong."

Lesley was reported missing by her parents on June 24 after she was last seen by her mom Victoria.

Court records say she was killed between 3am and 6.45am on the same day she vanished in an area near Old Selma Road.

Police received a tip of a body in the creek on July 4 and made the grim discovery of Lesley.

The damage done to Lesley's body and face were too extensive to know exactly what killed her, leaving her autopsy incomplete, Brown said.

A GoFundMe page was set up to raise funds for her funeral, along with an online obituary on Dignity Memorial.

The tribute described her as "loved by all" and said she will be "deeply missed". Her funeral took place on July 18.

"The expenses are overwhelming for the family to have to worry about at this time of grief and devastation," the fundraiser said.

"As the Montgomery community, let’s come together seeking justice for Lesley.

"I’m asking not only those who cared and loved Lesley, but also those who didn’t know her but care about our youth, our community and justice.

At the time of her disappearance, police said they believed Lesley "may be in danger" and said she had "recently suffered a head injury".

Mugshots have not yet been released of the three teens due to their age.

Police captain Wesley Richerson said the teens mugshots could be released in future by the district attorney's office.

CrimeStoppers had offered a $1,000 reward for information as police probed the teen's death. 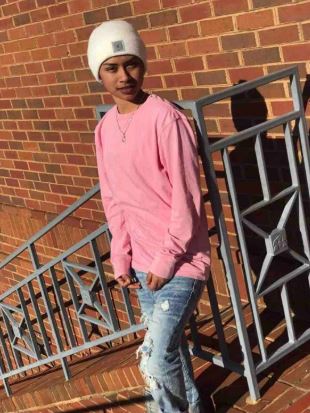