‘Go out, but stay in, stay safe at home, but go out, but don’t’: Jokers flood internet with memes after Boris Johnson says workers must avoid the office but CAN go to office Christmas parties

The internet was flooded with memes after Boris Johnson ordered people to work from home – but urged them to attend Christmas parties.

Beleaguered Boris, who himself is under fire over alleged lockdown-breaking bashes at No 10, was widely ridiculed over his advice.

The Prime Minister, 57, was the subject of a flurry of hilarious mock-up pictures and graphics ribbing the apparently contrary guidance.

They included a mock-up of comedy legend Bob Mortimer on the panel show Would I Lie To You and of the PM wearing a hat.

Elsewhere the now-infamous slogans of the start of the pandemic were altered to feature the motto ‘Go out, but stay in, stay safe at home, but go out, but don’t’.

One joked they were selling tickets to the next Downing Street Christmas party. 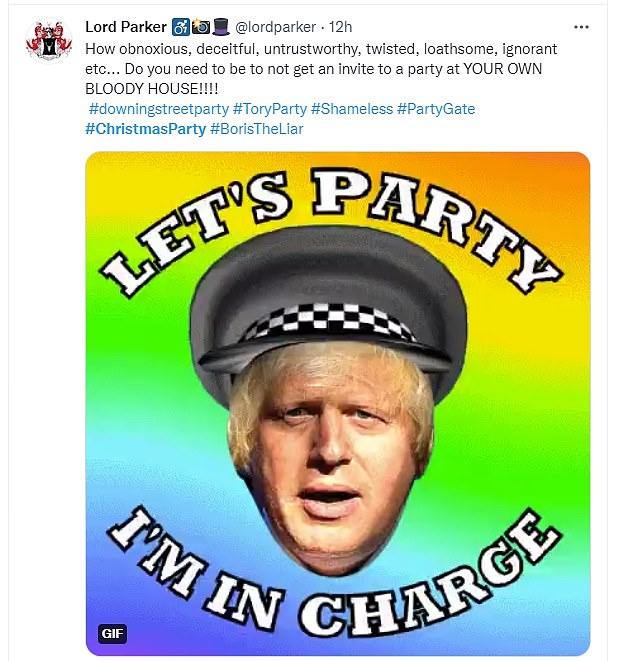 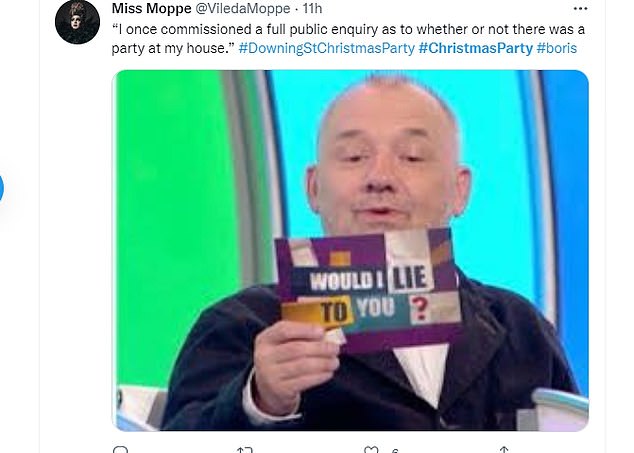 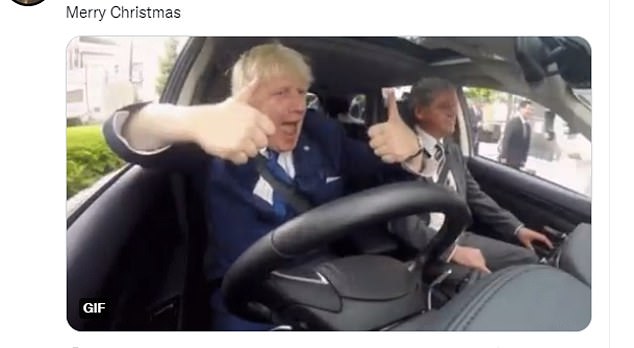 At a Downing St press conference last night the Prime Minister rejected the possibility of telling schools to send children home and cancel nativity plays or for office workers to scrap their festive dos because of creeping infection numbers.

It comes amid a doubling in Omicron Covid cases every two to three days that has seen the government push forward plans to implement restrictions across England from next week.

Just minutes before in his opening speech however, Mr Johnson set out the government’s ‘Plan B’ to tackle the virus.

Employees should work from home ‘if you can’ or from the office ‘if you must’. Rules around masks will also be tightened to include most public spaces.

Covid passports are also set to be made mandatory for hospitality venues ‘where large crowds gather’.

With city workers already in Christmas party season, a reporter from The Telegraph asked the Prime Minister if his message to companies was to cancel office parties. 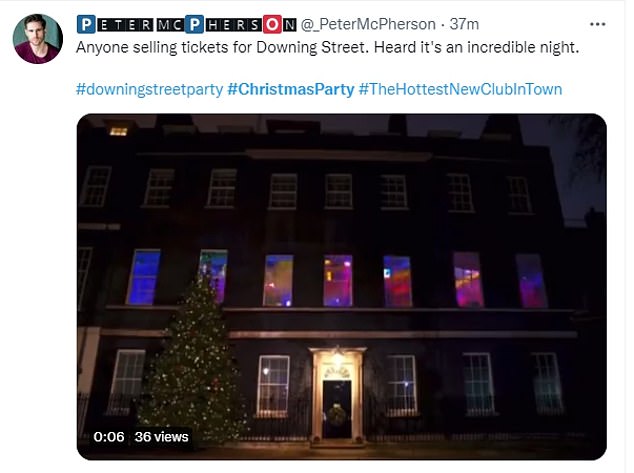 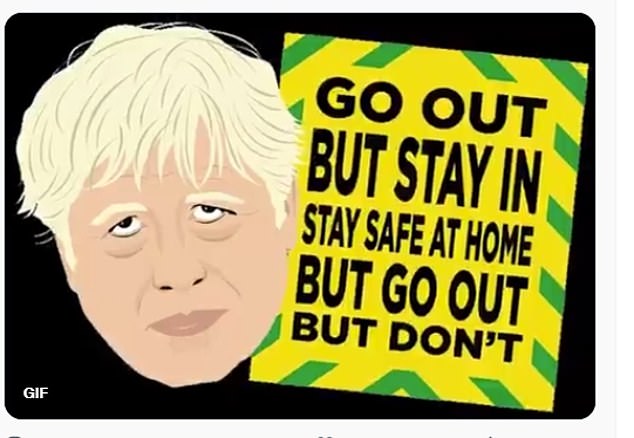 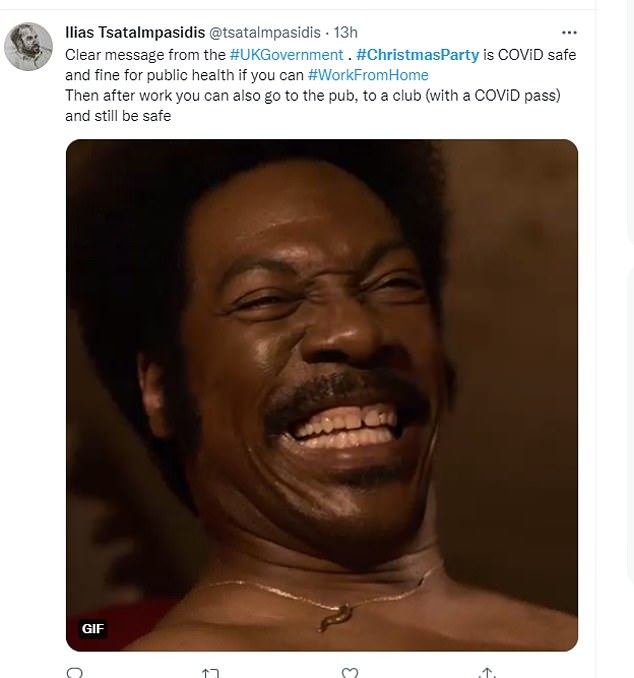 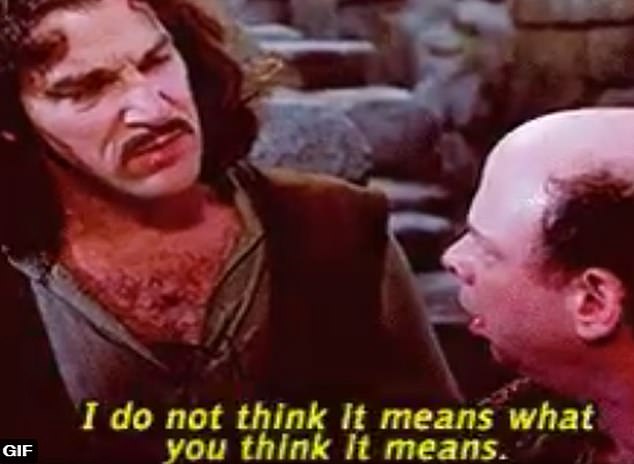 The PM replied: ‘No in my view they should not be (cancelled)… We think that it’s ok currently on what we can see to keep going with Christmas parties… but obviously everybody should exercise due caution.

‘Have ventilation, wash your hands, get a test before you go – a sensible thing to do – to give everybody else at the party the confidence to know they’re going to be meeting someone who is not contagious. Those are simple things that people can do.

Speaking about school closures, he added: ‘We don’t want kids to be taken out of school before the end of term not – not that there’s long to go now.

‘We don’t want nativities plays to be cancelled.’

‘The best way to ensure we have a Christmas as close to normal as possible is to get on with Plan B.

‘Irritating though it may be it is not a lockdown, it is what we set out a while back, and to get your boosters and get your jabs…is the best way forward.’

Mr Johnson also faced about Downing Street’s own Christmas party for officials last year – which is now being probed by the Met Police and the Cabinet Secretary.

The PM however maintained that ‘to the best of my knowledge’ the rules were followed ‘throughout’ but could be drawn on what the event actually involved.

Following intense public criticism over the last week, the PM announced today the Simon Case, the Cabinet Secretary, would make a report into the alleged rule breach on December 18 last year.

At the time, the government’s guidance specifically said that there should not be Christmas parties.

London was in Tier 3 restrictions on 18 December 2020 and the law said that there should not be indoor gatherings – unless they were ‘reasonably necessary’ for work.