Gran, 80, left with bleeding gums and bruises after AstraZeneca jab as family fear condition is linked

A GRAN was left with shocking bruising days after she received the first dose of the AstraZeneca vaccine.

Maureen DeBoick's family,  from Western Australia, now fear the Covid jab may be the cause of her medical issues. 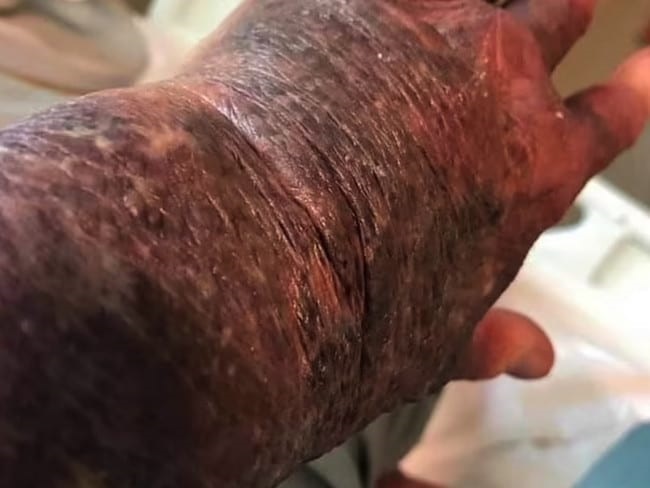 The 80 year old was flown to Fiona Stanley Hospital in Perth a fortnight ago after the troubling symptoms developed.

At first, a large spot appeared on her tongue which suddenly grew overnight say her family, reports news.com.

“It progressed very quickly to the inside of her gums bleeding and everywhere she touched on her body came out in a huge dark bruise straight away. If she rubbed it, it bled," daughter Trudy Love said.

She also shared photos on Facebook showing the dark bruising which “progressively got worse all over her body”.

The family's fears come despite experts saying the health risks linked to vaccines are extremely low.

Ms Love said the images of the bruising were taken just days after her mother received the first dose of the AstraZeneca vaccination.

Maureen has since had two blood transfusions and a bone marrow biopsy. 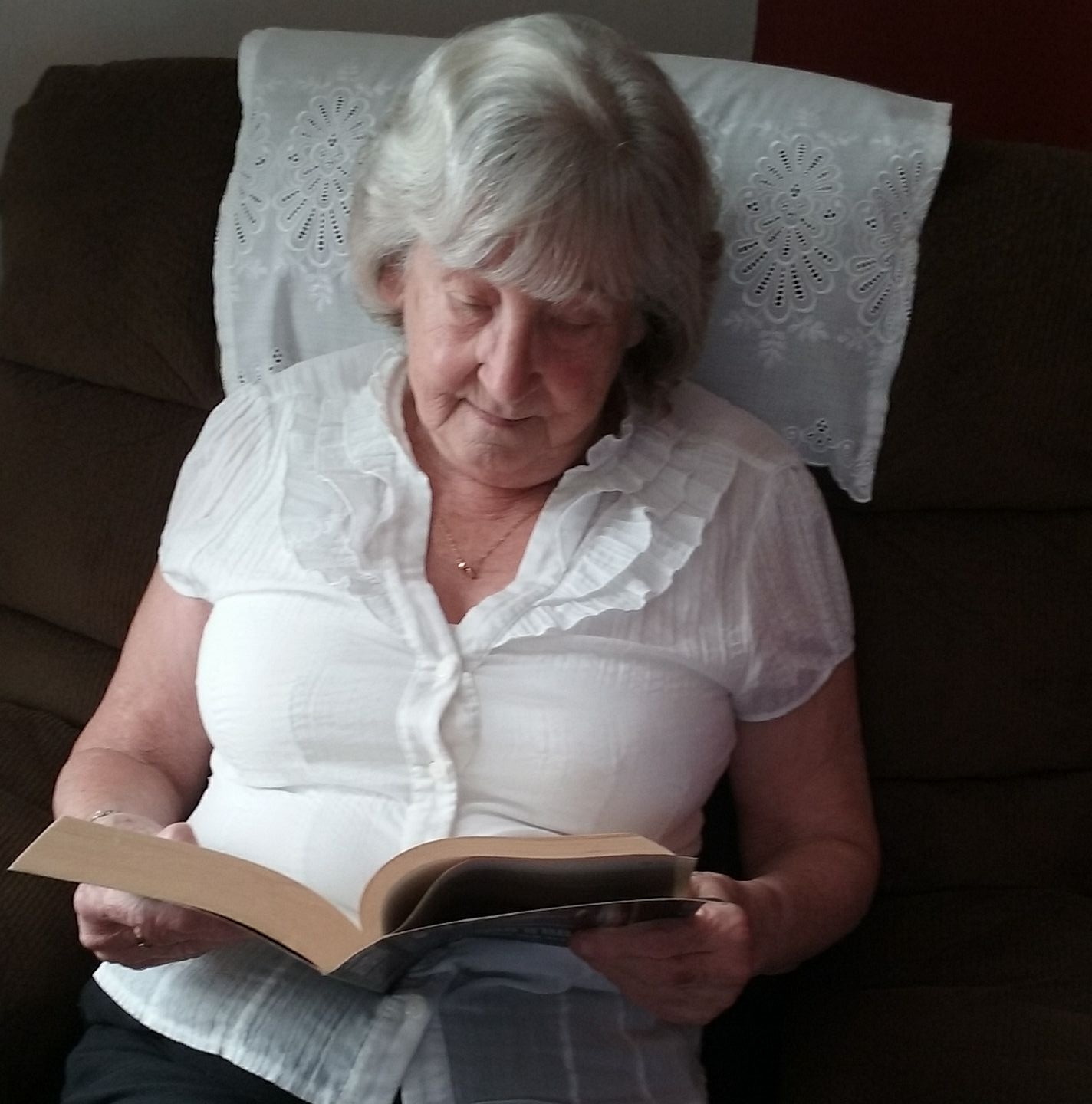 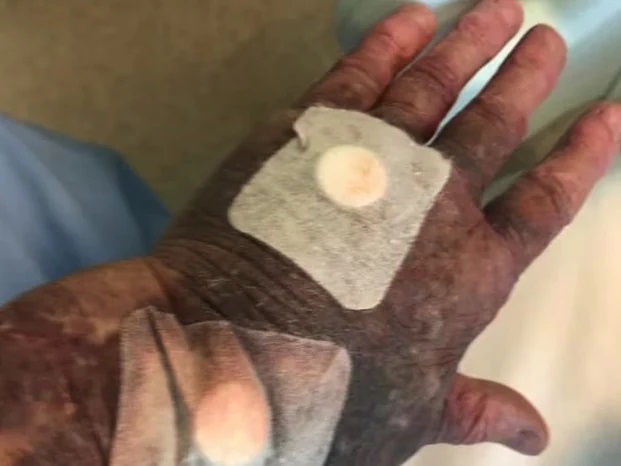 However, doctors hope she will make a full recovery but Maureen will remain in hospital for the time being.

The Department of Health in Western Australia is now investigating the case and Maureen's second jab had now been put on hold.

While medics are still looking into the cause of the horrific bruising, Ms Love feared it was related to the vaccine.

Earlier this week we reported how an expert warned those who decline a vaccine over health fears “have a real risk of dying from Covid”.

The warning came after a study has found you’re no more likely to get a brain blood clot following an AZ jab than dying during a game of football.

The AZ and Johnson and Johnson vaccines are understood to be behind hundreds of blood clot cases, some fatal.

However, the risk is so small and the benefit of potentially hundreds of thousands of lives saved from Covid outweigh any concerns.

Despite this, countries like Denmark have removed both jabs from its vaccine programme due to fears.

Prof Paul Hunter from the University of East Anglia, said: “To decline a vaccine today because it is the Oxford-AstraZeneca or Johnson & Johnson vaccine in the hope of being able to get another vaccine sometime later carries a real risk of dying from Covid-19 before being able to get a preferred vaccine.

“Those countries that delayed their own vaccination programmes at a time of high transmission rates by declining to use available Oxford-AstraZeneca vaccines should know that their decision will have contributed to an increase in the number of avoidable deaths from Covid-19.”

Blood clots related to vaccines have occurred in an rare and unfamiliar pattern.

They occur with low blood platelets, called thrombocytopenia, which has been described by regulators as “unusual”.

There have been 209 cases of the blood clot events of 21 million doses of the AZ jab until April 21, according to the MHRA, of which 41 led to death.