Grandmother, 70, who fell while shopping is handed £155 parking fine

Grandmother, 70, who suffered head injury after tripping over while shopping is slapped with £155 fine because she left her car parked outside Morrisons while she was in hospital

A 70-year-old widow who was rushed to hospital with head injuries after tripping over while shopping has been dealt a second blow after being fined £155 – because she left her car outside Morrisons.

Rose Sharman, from Wellingborough, Northamptonshire, smashed her face and arm when she stumbled over uneven cobblestones while doing her weekly shop.

Ms Sharman was rushed by ambulance to Kettering General Hospital where she was treated for severe bruising and grazing and kept overnight with suspected concussion.

Her daughter collected her Ford Fiesta from the Morrisons car park in Wellingborough later that day. 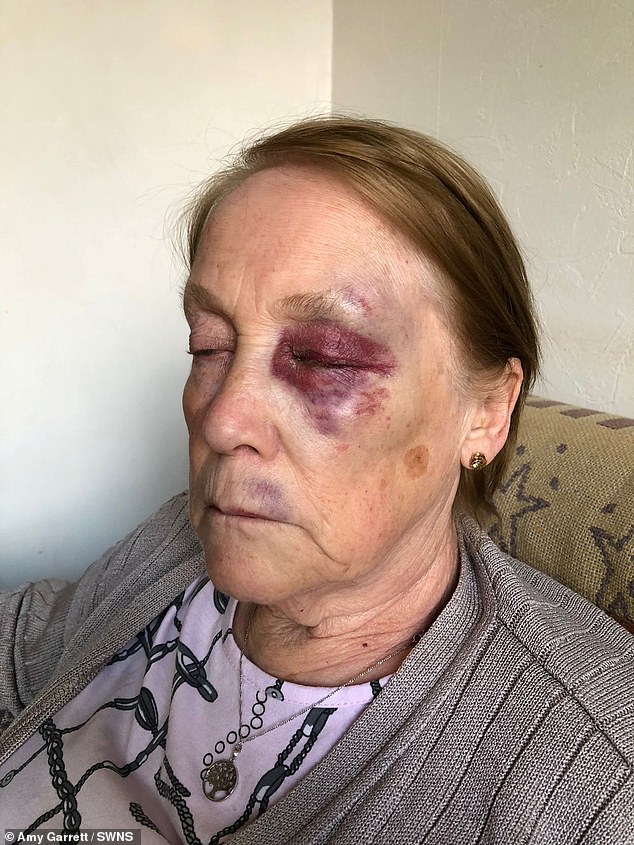 Rose Sharman, 70, tripped over uneven cobblestones while doing her weekly shop and was left unable to see out of her left eye for two days 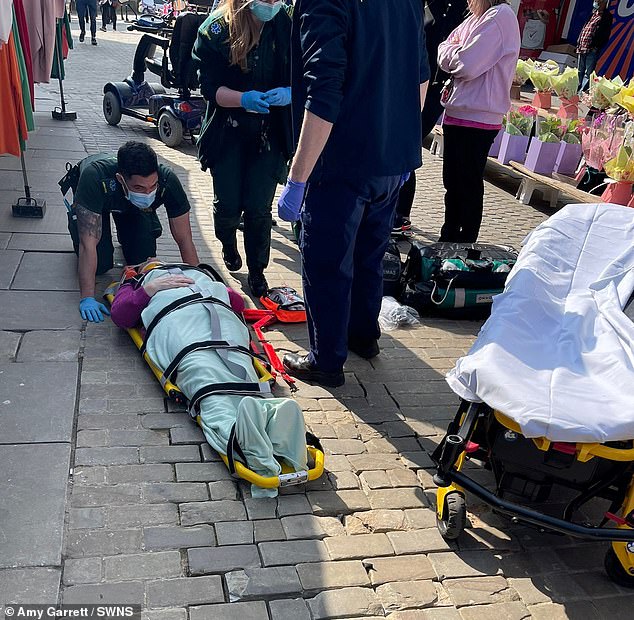 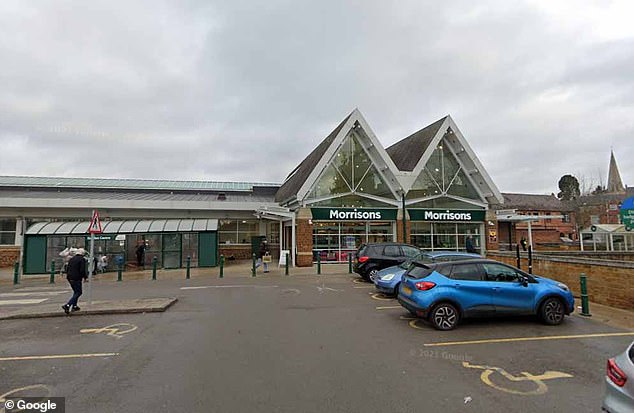 The injured grandmother tried to resolve the situation with Morrisons but was informed that the car park was not operated by them. Pictured: Morrisons in Wellingborough, Northamptonshire

The letter stated that an ANPR camera photographed Rose’s car entering the car park at 10am on March 25 and leaving at 3.10pm.

The company said: ‘Your vehicle was parked longer than the maximum period.’

Ms Sharman said: ‘I usually park in the multi-storey car park but I wanted some fuel so I parked in Morrisons. I went into town to get some bits and pieces.

‘I remember coming up the steps and out of the Swansgate Shopping Centre.

‘The next thing I knew I was on the floor, there was this woman saying, “Are you alright?”. It was awful.

‘I didn’t know I was on the floor. I didn’t realise I had hit my head. I just wanted to go home.’

Ms Sharman said she had not even thought about the car after the accident. ‘About two or three months later, I got a letter and now the bill has risen to £155,’ she explained.

‘I had been two hours ten minutes over the limit. I didn’t intend to do this.’

She tried to go into Morrisons to solve the situation but was told that they did not operate the car park.

Her injuries were so bad, she was unable to open her left eye for two days following the fall. 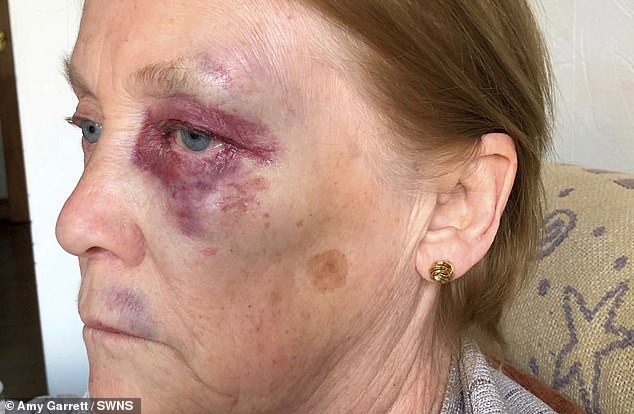 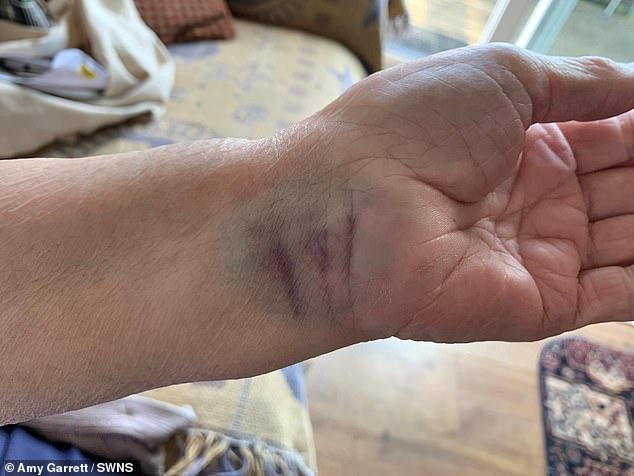 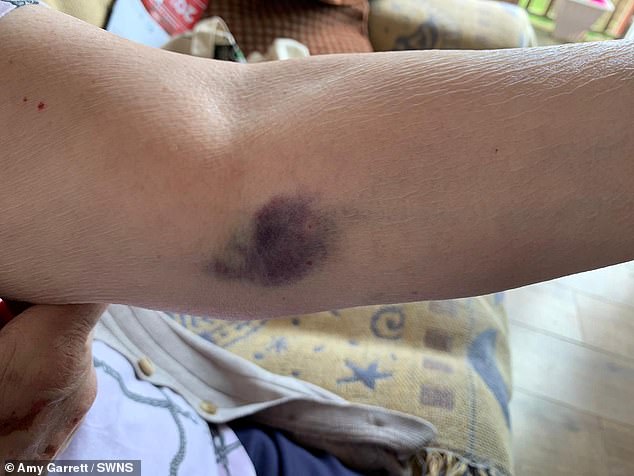 An already traumatic experience was made worse when Ms Sharman received a fine from Euro Car Parks who her granddaughter, Amy Garrett, 31, claims have no ‘human beings’ to speak to about it

Her family wrote to Euro Car Parks and explained the reasons she left her car was because she was in A&E.

‘She’s only recently lost her husband and now she’s got this to deal with. She can barely afford things at the moment anyway and now she’s been hit with a £155 fine.

‘I just wish the company would show some compassion but we’ve had none. You can’t even call someone to speak to a human being.

‘When they wrote to us they said gran should have told them about her medical emergency before the time ran out on the car but she was in hospital with head injuries. She was hardly in a fit state to explain why she couldn’t drive.’

Euro Car Parks rejected the appeal and said Rose should have informed them of the emergency.

It said: ‘Any medical problems you were experiencing at site on the above date were not reported so no provision could be made, therefore parking charge notice was issued correctly and remains payable.’

The grandmother-of-nine has been told her case has now been passed to a debt recovery service.

‘It’s another slap in the face. I’m on a pension. I have to be so careful,’ she said.

‘I can’t afford this money, I don’t see why I should have to pay this money… I didn’t do this intentionally. It’s making me feel depressed.’

A North Northamptonshire Council spokesman said: ‘Work has been carried out by Highways to repair paving at this location.’